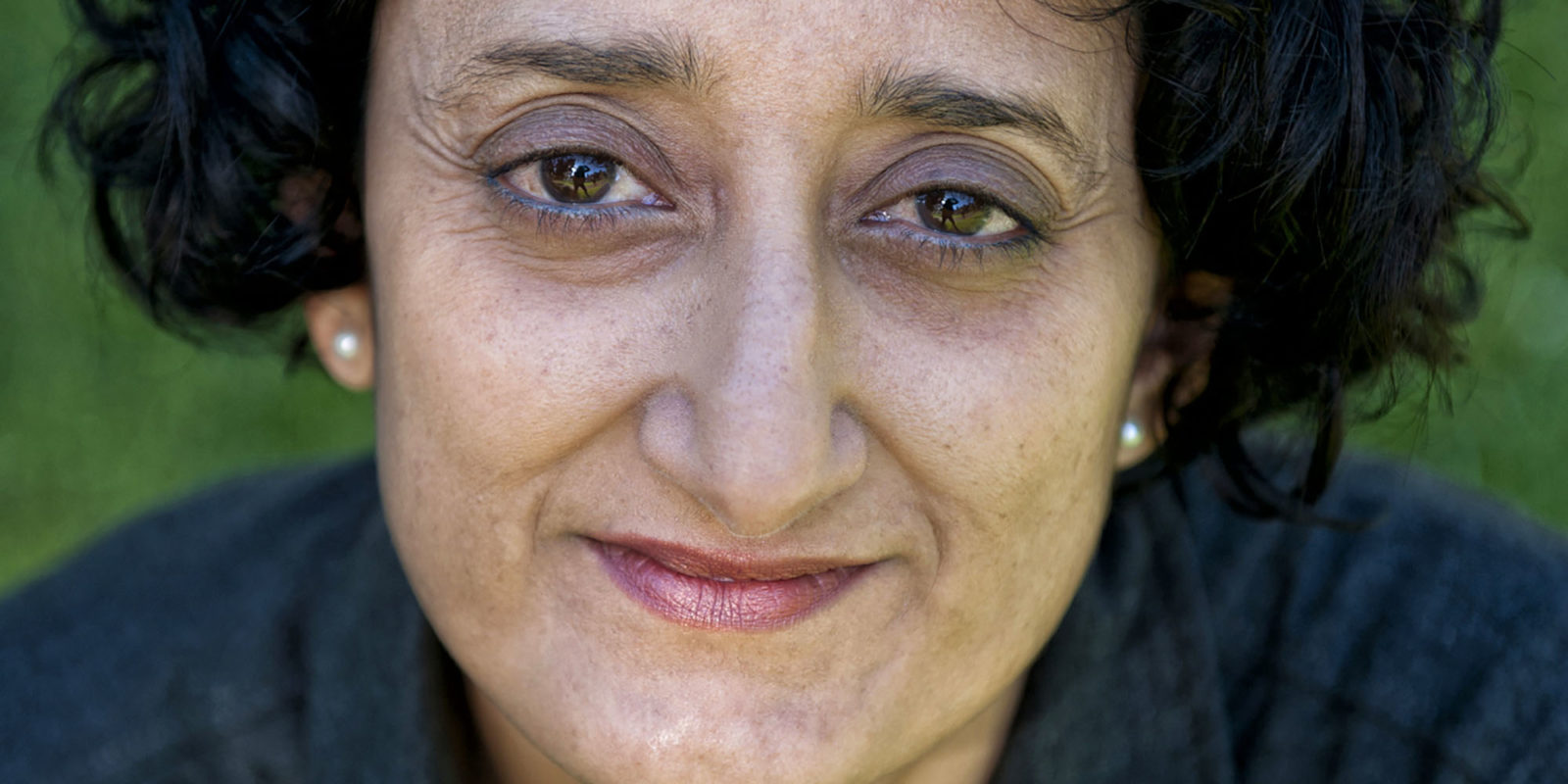 SA’s democratic project owes a debt of gratitude to its civil society and independent media sectors. However, civil society in SA is in a funding crisis. In the following, I argue why it is imperative that a long-term sustainable and wholly domestic fund be established to support their critical work.

Funding shortages for human rights and independent media work is not a new phenomenon. “Finding funding” is something we dealt with under the anti-apartheid years and in the first two decades of our democracy. However, during 1994-2004, the government and civil society organisations were mostly the “developing world darlings” of multilateral and individual donors and funders, occasioned in part by the deadly AIDS denialism of the Mbeki administration and the work generated by the adoption of a new and quite radical Constitution, which is premised on “rights protections” for everyone.

Now, we are no longer the darlings for various reasons – fewer donors and multilateral agencies are funding in South Africa now than in 1994, because even with income disparities being the highest in the world, we remain oddly classified as a “middle-income country” (MIC) and donors have either wound down their work in South Africa or recently, moved their work to support places facing greater conflict and instability and/or human rights challenges. In a world of great “unfreedom” everywhere, this is not surprising.

At home, the combination of a robust electoral democracy with that of a highly corrupt, inhumane and violent state, coupled with greater humanitarian and human rights needs in other countries in Africa – also in part because of the unprecedented movement of people across our continent – means that funds are dwindling for South African organisations doing rights work and investigative journalism. And the state is either unable or unwilling to fund the gap, and even if it could/did, at present, it may be wholly inappropriate or politically awkward, in most instances.

For example, the paralegal sector, with its roots in anti-apartheid organising represents a collective of important, national, free-to-use legal advice services for the most marginalised (domestic and farm workers, women facing domestic violence abuse, mine workers) but today, many face closure across provinces because of a funding shortage (a small annual amount that National Treasury could immediately fund from the national fiscus, without donors, and without external support if government had the political will). While information about the massive Sassa social grants crisis came to the fore because of the hard work of under-resourced paralegals in our country, their continued work is in financial jeopardy.

Of course, the Eskom bailout, costly SOE repeat-restructuring plans with large equity injections, the anti-competitive behaviour of many private and for-profit companies and the dismal regulation of our dual health and education systems, coupled with the true cost of State Capture, have resulted in the diversion of much needed publicly funded resources – widely used to support lavish lifestyles, collusion or kickbacks.

The traditional public-interest legal profession also faces a funding reckoning, with older, longstanding legal and human rights organisations facing closure or downsizing as donors either move elsewhere or look for newer, innovative and “niche” organisations to fund, creating unprecedented pressure on almost everyone involved to reinvent litigation and other campaign strategies, all the time, or to seek quick public legal victories and wins, that distort the purpose and method of public impact and movement-led, rights-based litigation. This, in turn, places at risk the body of rights jurisprudence built since 1994.

Social movements face different pressures – too little funding for massive amounts of work nationally, because of the (incorrect) assumption that township or rural-based organising of communities is “cheaper” than the cost of running an urban-based NGO, or an academic research unit.

Also, the majority of the South African population (even if they support rights-based work and are well intentioned) are not yet in a financial position to fully or sustainably fund human rights work, impact lawyering and independent (free) media, unlike in the US for example, which has a long history of well-funded civil liberties work (the ACLU, NAACP, NPR, etc are generously supported by their members and through large multi-year endowments made by very wealthy US individuals). Here, very few local wealthy individuals or foundations are keen on multi-year endowments outside of academic institutions or for building crèches.

In South Africa, our “black tax”, government taxes, and out-of-pocket expenses for health, education, transport and security take priority over the compelling funding needs of social justice organisations and independent media units. While most South Africans do have a habit of saving and engaging in social solidarity schemes such as stokvels which are extremely well-funded as a form of self-created social insurance against unexpected harm or death, there is no stokvel for example for “rainy day” whistle-blower safety or for long-form investigative journalism work. Aside from stokvels, religious establishments generate substantial income through contributions for humanitarian and charity work, especially for feeding schemes, but not for human rights, impact litigation or rights advocacy work.

Paywalls or member-based monthly/annual subscriptions and donations generate an important, but small percentage of recurring annual overhead costs in both social movements and independent media units, and will reach a saturation point because of mass income disparities and inequalities that make it harder for the working and middle classes to fund rights-based work, compared to other less unequal societies.

For now, research institutes, think-tanks and university academic and social justice units continue to seek and rely on donor funding even with the statutory mandate of the National Research Fund (NRF), and so too independent media, even with the Media Development and Diversity Agency (MDDA). This means, that going forward, new and different ways of operating, to operationally and in turn existentially survive for at least another quarter of a century, are now urgent and necessary (to 2044).

And while a mature democracy should fund civil liberties work that may often be in opposition to the state (take Scotland for example), ours is not yet ready nor does it have the political will to do so in the short term.

So even if the state miraculously sees the long-term benefit of investing in civil society (not referring here to the CBOs that already get funding for basic service delivery work, without adequate compensation) the risk in South Africa is that of state restrictions and conditions, similar to the current crisis of funding human rights work in India, China, Russia or Hungary, where the state has played a specific negative role, seeking to control funding from philanthropic foundations to effectively mute civil society activism and opposition to the/any ruling party.

In any event, at present, locally – for valid documented reasons – trust levels between government at all levels and business on the one hand, and civil society and independent media on the other, are very low, which may preclude agreement on an appropriate state funding mechanism.

With state and member-based funding out of the question for now for reasons summarised above, and as donors withdraw operations in South Africa and/or move to other at-conflict countries, and with local donors repeatedly redesigning their strategies to find the magic bullet called “social change” creating funding limbos and contributing to the current funding crisis, the proper funding of South Africa’s civil society sector will, in my view, need greater attention and a massive investment from two constituencies: that is, the small but immensely wealthy business elite, and local donor foundations. Historically, until State Capture became a threat to its own business and wealth interests (late 2017) the former was averse to funding work that was considered “adversarial” in nature (read protest action, public impact litigation) or “against the state”. It then stepped in for a short time during the final Zuma years, only to retreat more recently.

If this type of massive investment or funding (not beholden to the person/organisations making the contribution, unrestricted in nature and not subject to donor officers gate-keeping) does not materialise in the next 12-18 months, then I fear that the enterprise of civil society and that of independent media and their continuing work in South Africa for the next quarter of a century will be at great risk, thereby creating a specific political risk for constitutionalism and human rights work in our country and the region going forward.

The consequences may be more burn-out as fewer people do more work with fewer resources. More donor- or external-funding dependent civil society organisations are likely to close and their highly skilled and hard-working staff will join government or the private sector, or take positions outside of South Africa, limiting the amount of important accountability work that civil society can carry out. Independent media journalists will be forced to join commercial for-profit media houses or PR companies, while those who remain will have less capacity to carry out proper reporting and investigative journalism.

The repercussions of this are massive because the last 25 years have shown us that the most critical lever against the abuse of state and corporate power has been the fearless activism of civil society, supported by an independent and non-partisan media sector even before the work on State Capture was carried out.

Of course, even with all the sector’s current funding, transformation, leadership and governance challenges, South Africa would be politically poorer without its vibrant and active no-nonsense civil society sector. And without an accelerated long-term investment plan for this work, the country and region will lose much more.

So, if the funds can be found, my experience over the last six years heading a philanthropic foundation in South Africa suggests that our funding practices will have to change. Below I share some ideas.

It goes without saying, that any funding should not be tied to any form of strategy or operational control or influence whatsoever (arms-length principle):

Globally and locally the signs are there: the work of human rights is critical, costly and dangerous, it needs to be better supported and funded. DM

Fatima Hassan is a human rights lawyer and social justice activist. She is currently on sabbatical after serving six years as the Head of Open Society Foundation SA (until end June 2019). Hosted by the Global Health Justice Program at Yale University, she worked on a series of opinion pieces on Civil Society in SA, which Daily Maverick will be publishing over the next few weeks. In part 3, she will address the issue of governance in the not-for-profit sector, including independent media.

‘Our common duty is to learn to trust again’

Biénne Huisman for SPOTLIGHT
Save 7 mins

Testimony details a litany of abuse, torture and the K-word

Enoch Mgijima Municipality to fight residents’ application to have it dissolved

Putting Africa back into African education