Philanthropy and Civil Society in SA: confronting the '...

Philanthropy and Civil Society in SA: confronting the ‘patriarchy machine’ 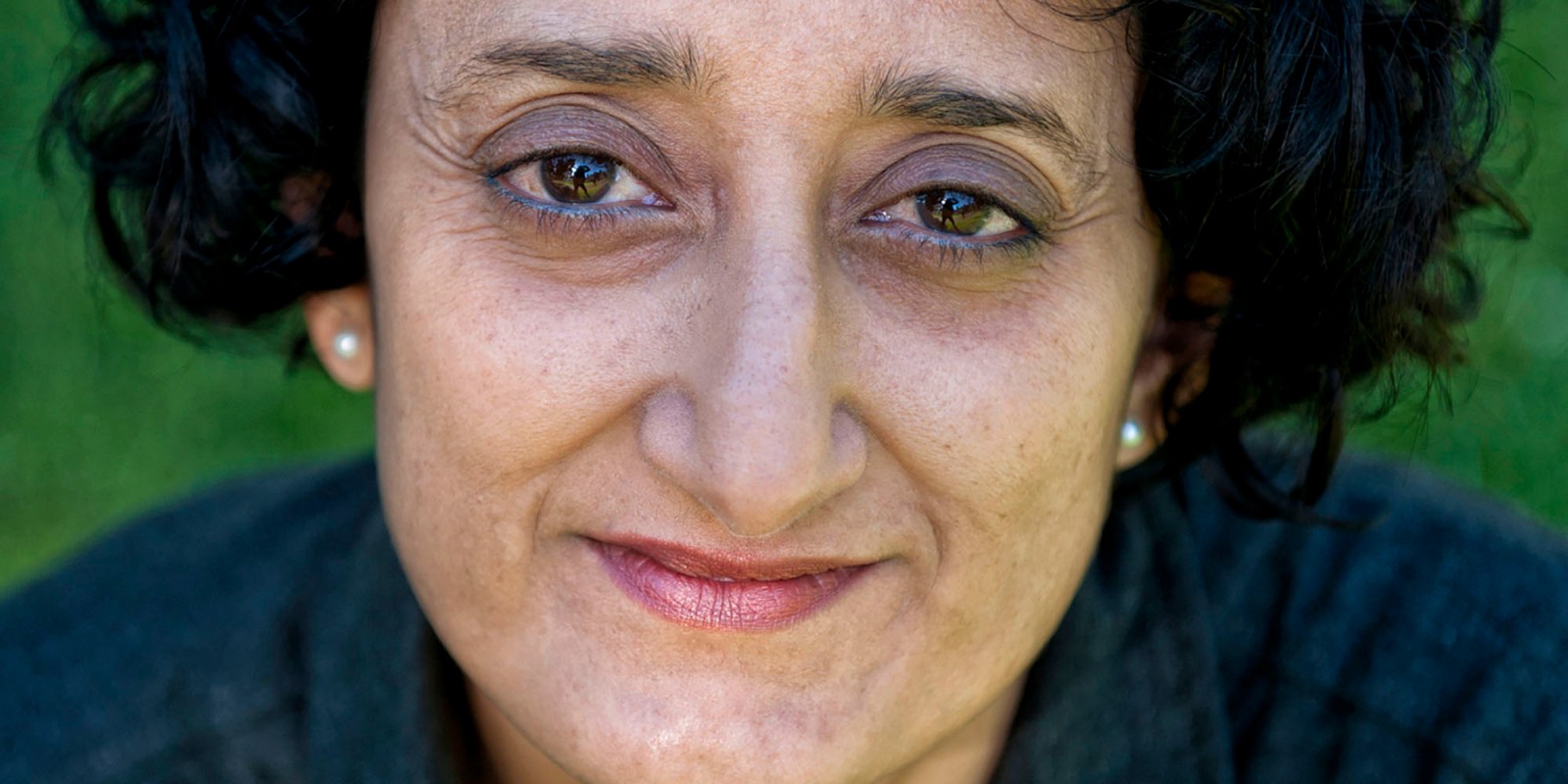 A few years ago, after spending considerable time working in the social justice and public interest litigation field, and some time in government as a ministerial special adviser, I decided to pursue a journey in philanthropy. I was given the privilege of heading an important, rights-based, global philanthropic foundation in South Africa. I did so for six years. Having spent most of my social justice life rooted in activism, this presented an opportunity to weave activism deliberatively into philanthropy and try to address long-standing issues of transformation in civil society.

When I first took over at the foundation, edging towards 20 years of democracy in post-apartheid South Africa, the general racial and gender landscape of civil society organisations including those supported by donor foundations in both urban and rural settings looked and felt very different to the demographic realities of the country: it was largely white male and white female-dominated, and mostly men occupied critical leadership and decision making positions. This is and was true even among key donors, where at the time (2013-2014), Ford and Open Society had just had new appointments (women of colour, myself included) and Elma Philanthropies, and later the SJI, African black women. Now, in 2019, the foundation I headed, has after 25 years, its first African black woman head in South Africa (effective November 2019).

I found that many other rights-based philanthropic foundations and/or family trusts (some based outside South Africa) have limited race and gender diversity at their senior leadership and governance levels, and often they find it difficult to understand why diversity is important inside South Africa. Slowly, this has changed and is changing, but in my view, transformation, especially along gender lines, needs a more serious and expeditious push.

Of the initial cohort of organisations that the foundation I worked for supported or funded since 2013, several have had successful leadership transitions and changes in the last few years, but with considerable internal and external pressures, with a fair dose of patriarchy. Others have oddly remained just the same, without even at times observing rotation best practice at board or senior management level. Yet, I also found that some organisations were willing to experiment in innovative ways and thereby succeed in building new forms of inclusionary practices, with more diverse teams.

But at this political moment, change cannot be just an aspiration, it is an urgent necessity: The last few years have brought this urgency to the fore in my view, mainly because of the following:

This led to considerable sector burnout but also worryingly, created a target – of civil society and anti-corruption activists, community organisations and journalists. In response, a carefully designed and sinister negative social media campaign was deployed to create a backlash against civil society organisations and its funders through disinformation campaigns, using the lack of race and gender transformation as a proxy to generally discredit the sector, and through that its important work and advocacy demands. Even the ruling party and opposition politicians routinely attack/ed and question/ed the motives and modus operandi of civil society and independent media units, accusing it of being part of “racial cabals” and its work and reporting as anti-black.

Nevertheless, at present, more women are in leadership positions across several older, prominent and newer social justice civil society organisations. Several African black women are heading newly established organisations (started by them) and in many cases, unlike before, getting the continued funding to do so.

This is in part due to the recognition among civil society activists locally (and globally) that the sector’s legitimacy is at stake unless we address the serious issue of intersectional representation, sexual harassment and proper governance in our own organisations and sector. After all, this is the same that we have demanded of government and business.

At a time when civil society organisations (even globally) are either under reputational attack and/or physically at risk from states and corporations –diversity and representivity at a local level, and with it, genuine intersectionality and agency, has become even more critical. And while transformation along racial lines has been accelerated in many NGOs (guided in some cases by the principle of non-racialism), transformation along gender and sexual orientation lines has – not unexpectedly – come up against the “patriarchy machine”– which sadly in South Africa is not just a slogan.

I have seen how donors and organisations with varying governing structures, even progressive ones, struggle when leadership change occurs because the assumption has too often been that women and black people are promoted to only serve a narrow transformation agenda. This discounts the considerable amount of critical skills, academic and organising expertise and energy that they bring. Often, I found that younger women leaders were constantly having to “not make mistakes, be perfect leaders and possess super-human powers”, to be all things to all people – a standard of perfection not applied to many men in the sector.

In some cases where women could have been appointed to lead organisations, the “patriarchy machine” has been deployed to place all available obstacles to counter or delay that appointment, especially at universities (the requirements and criteria for university appointments often work against black women, disproportionately). Often, men, and especially white men, even those who are superb and brilliant organisers, have not stepped back in a timely manner, prolonging succession plans, and at times refusing to appreciate their own privilege.

Regrettably, I have also witnessed some philanthropic foundations that are not rooted in South Africa’s anti- or post-apartheid history become uncomfortable with the anger and honesty of black women; and then insisting on funding “merit only” organisations/appointments whose decision-making structures continue to remain predominantly white and/or male. In doing so, they flatly refuse to use affirmative action recruitment policies. And sexual orientation is hardly in the lexicon of the language of inclusion in this space (unless the organisation already works on sexual orientation rights protections).

When racism and sexism collide

Many of my colleagues and I have also experienced the toxic combination of racism and patriarchy in the sectors in which we work. Simply put, the burden of proving oneself as a leader in this context and against such systemic and institutional patriarchy is significant. This is not new. How it plays out in the workplace and in board rooms needs reckoning:

And in challenging this, I, like many of my female and male colleagues, have been called from time to time “trouble-makers, emotional, angry, feminist”. And the “old boys club” has operated in such invisible and at times visible ways, from clean references to over-funding to easily obtainable academic accomplishments and more recently, reinvention without consequence – so that one imagines that these men have supernatural abilities to lead any and all types of work and organising.

This is aggravated by the fact that our sector has no framework or acceptable time-frames for leadership change (succession) – one either stays too long in a leadership position or is abruptly recalled due to a scandal or serious transgression involving sexual harassment or fraud. Yet, ironically, we demand that a president should only serve two consecutive terms. Nor is there a genuine sector-wide framework for what constitutes ethical behaviour given the allegations and reports of 2018.

As a donor, I have also witnessed the sidelining of women donor representatives across philanthropic foundations, including that of women leaders and their staff teams in funding meetings and even in fund-raising meetings, women staff who have previously worked with me (as donor officers) would report incidents where they were simply sidelined or ignored in substantive discussions.

Of course, there are men in our sector who are not threatened by what transformation of the sector entails, and who have supported black men and women leaders, and wholeheartedly paved the way for their leadership in truly intersectional and innovative ways. But they are a handful, and the exception, not the norm.

In my limited experience of working for, in and with civil society since 1996, I have watched how civil society has become bedevilled by patriarchy, which manifests itself in various overt and covert ways. Where philanthropy and donors feed this, it requires greater attention. DM