Braaivleis, Rugby, Sunny Skies and the Boys on the TV 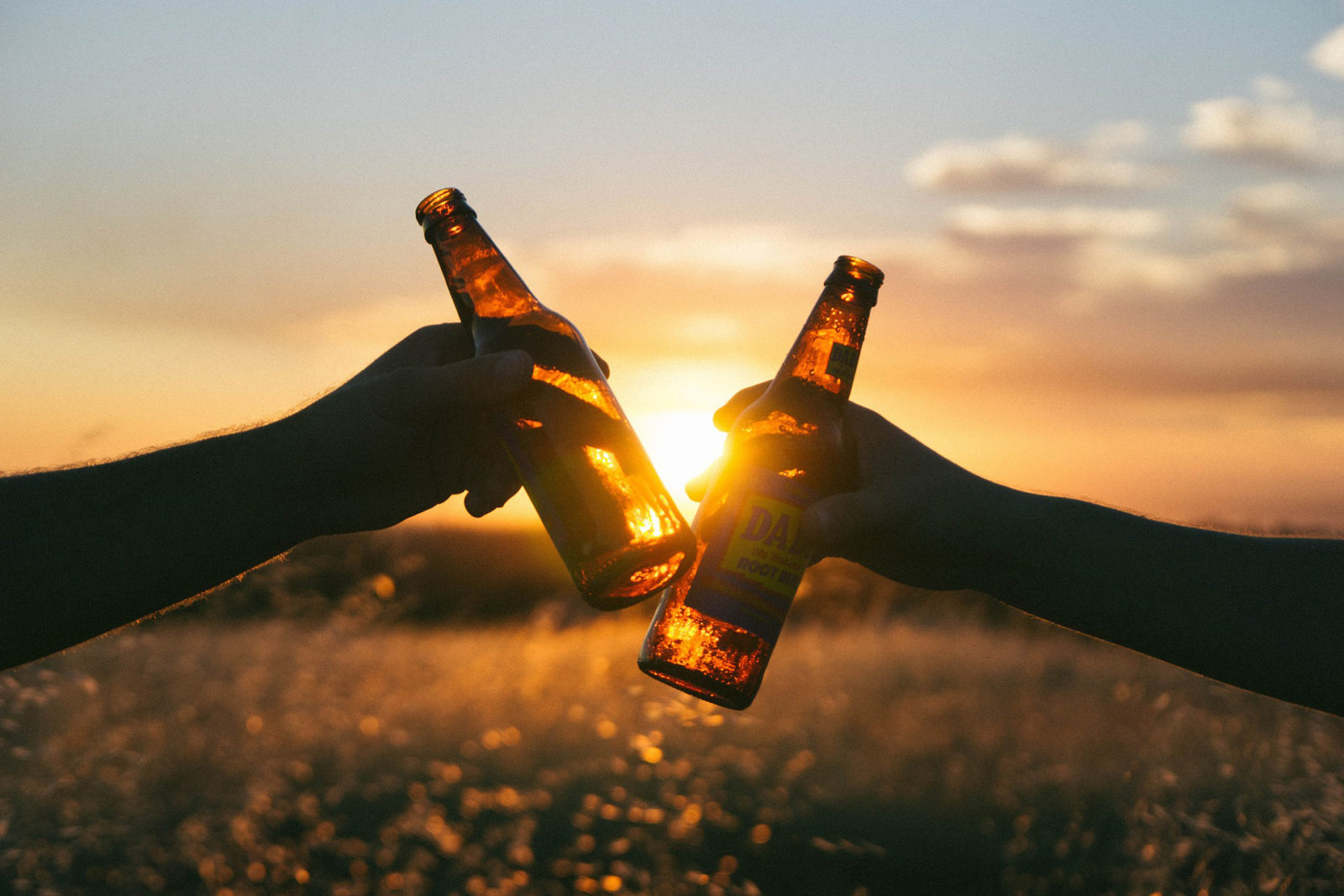 Image by Free-Photos from Pixabay

An unforgettable day down at the Golf Club pub with Blokkies Joubert, our ou vriend daar agter die bar, and Siya Kolisi and the boys on the TV.

I wasn’t with the manne innie Royal Hotel nie, last Saturday morning at 11am, ordering an orange juice from my ou vriend daar agter die bar, because if I drink during the day I feel woozy all afternoon and the day is lost. I was in fact in the bar at the golf club just outside my home town, on a hot, sunny Cradock day that nobody would ever forget.

I had, though, been in a Royal Hotel when David Kramer first released his famous song, circa 1981 as I recall, in an inn of that name somewhere in Cape Town’s Southern Suburbs. A music promoter and producer, Paddy Lee Thorpe, had invited the city’s arts media with some excitement to the launch of the new single by the Boland Troubadour who had been playing venues for some time and had built up quite a following. His second album was out. But this was something else, Paddy suggested, and with hindsight we were all there to witness a key cornerstone of the man’s extraordinary story. A launch of his single, Royal Hotel, in the only Royal Hotel they could find in the area. You just had to imagine the part where you were somewhere in a dusty Karoo town, with leery reps ogling the waitress after a long day on the road selling their wares, and parking the old green Valiant in front of the hotel for the night.

Listen while you read on…

Life, history and stories are funny that way. If we’re lucky, one day we can look back and know that we were there, in the room, a part of the story, even if only on the sidelines. And that song, Royal Hotel, and that launch, came to mind last Saturday morning when we were all gathered, a bunch of locals at Cradock’s golf club pub, because that was where you knew the TV would be switched on to the Rugby World Cup, and some of your mates would be there, there’d be geselligheid, and at the end of it you’d have someone with whom you could either celebrate or drown your sorrows.

Hier sit die manne… only there were women and kids too. Everyone, many of them clad in Springbok jerseys, from mom and dad to the kids themselves, had a vriend daar agter die bar to keep voices lubricated as they became hoarser from the rising tide of excitement and screaming at the boys on the TV. Mostly of shouted encouragement, and an occasional “ag nee man!”. But not much of that, in this instance. And it was clear that these okes couldn’t have cared less what colour the skin of the hands on the ball was. They were South African hands, and these were our manne, every one of them.

There’d been something in the air that morning, and my wife will vouch for it, because as I’d picked up the car keys to leave the house, earlier, I’d said this, verbatim: “They’re going to win. I’ll tell you how much by when I get home.”

Who else but David Kramer could pen a rhyme like this: Lig julle knieë, druk julle drieë, agter die doellyn nou (For any Soutpiele reading this, that means “lift your knees, score your tries, behind the try line now”. But it works much better in Afrikaans. You’ll have to ask a friend about the other word back there.)

It’s for the rugby writers to give a blow by blow account of the match, not for the likes of me, but suffice to say that once the first of the two tries had been scored, everyone was on their feet and screaming with their very lives, such was the excitement, and when the second try landed soon afterwards, we all felt like we were all there, in the stadium in Yokohama, and that the boys could hear us and we were part of what was happening, there in our little golf club pub in the Eastern Cape Midlands. That, maybe, Siya could sense that our motley crew and others like us were sardine-packed into pubs throughout the Eastern Cape, in township shebeens and in hotel bars, rooting for him, for our homeboy in the throes of making good, of winning a triumph of triumphs.

And came a moment near the end when my mate Ludi and I looked at each other and said the same thing: We’ve won… we’ve won, there’s no room for them t0 come back now, it’s done… and tears came into the eyes of this motley group of farmers and white-bakkie-driving townie types, and if anyone present had once been against transformation in rugby it would be hard to believe they were now, because when Siya Kolisi finally lifted the golden trophy it was palpably clear that every last man, woman and child present knew: he’s lifting that for us, for every one of us.

And everyone went home eventually, and when the afternoon had been spent some hours later, braai fires were lit and chops, wors and ribs were braaied and beers cracked and Klippies and Cokes downed, on farms and in back yards, under the late afternoon Cradock sun.

There’d be prayers of gratitude before the braaied meat and salads and the potatoes baked in the coals in foil were eaten, hands clasped for the prayer of thanks for the food and the hope of rain, because that’s what happens here, and you fall into the local ways once you have become a part of their community; for it is theirs with me in it, and I cannot and would not presume to impose my ways on them. It would not be my place. And the prayers of gratitude would have been for Siya Kolisi and Cheslin Kolbe and Duane Vermeulen and Rassie Erasmus and Beast Mtawarira, and the now hoarse voices would have prayed for rain too; for this day had been a kind of rain, a blessed relief from the rugby drought of so very long; and now we need the wet rain to pour upon us and upon our lands, to drench the soil and bring forth the shoots that there might be verdant life abundant and the sheep and cattle can eat off the land and not from the troughs filled with man-made pellets, which for so many of these farmers is the only way they’ve been able to keep their flocks alive for five consecutive long summer seasons of either no rain or too little rain, and too late.

And having been accepted into their community as a longhair Ingelsman, you find yourself listening more than speaking, for they have more to teach you than you them, and so you learn about their lives and their ways and their problems, and you wonder what it could be like if all of us could just shut up with all the race-baiting rhetoric and the mutual distrust and listen to the other and try to understand them; and maybe we’d find that, hey, these are good people, no, these are wonderful people; and the conceptions about them that so many have may very well be misconceptions. How the hell will he get to know you if you don’t take the trouble to know him? And I got to thinking, if we all could do that, slot into the other’s ways, see things through their eyes, we’d find more common ground than we knew there was.

So I’ve learnt to cook the chops on hot flame, side down at first to cook all that delicious fat, to braai wors on cooler coals, steak on the hottest, and to put the skilpadjies right on the sides of the grid to cook slowly, otherwise they’ll fall apart.

I’ve been shown how to braai ribs sideways-on, on the side of the braai, after first scoring the fat in a diamond pattern and then rubbing in salt and Worcestershire sauce. To then put it in a hinged grid and balance it, or even hang it, to one side of the braai for as long as you can, with the bone side facing the flames and coals, before finishing it off fat-side down on the coals once the other meat has been cooked. Ludi even gets out the stepladder, climbs up to roof height with the grid, and puts it right on top of the chimney to cook ever so slowly and become beautifully smoked. Now there’s something a verdomde Ingelsman would never have thought of.

I’ve learnt that some of these dudes cook right in the flames on occasion. I don’t mean just a flicker of flame here and there. I watched in utter astonishment last December as a young man made a massive fire in a very large indoor braai and, when the flames were at their most vigorous and hottest, shove a load of marinated steaks right in there so that you couldn’t even see the steaks for fire. To cook them insanely quickly in hellfire itself, and come out – perfect. Charred, sure, but many of us like our steak that way. And what an old-fashioned charred-steak taste that was, like a steakhouse steak used to taste, before everyone got all coy about charring for fear that we’d all be dead from cancer by Monday morning. More about that in this column I wrote earlier in the year.

Hak hom Blokkies is a great song, a touching story of a past-it rugby player reminiscing about his glory decades, now an old man, and here was a roomful of people who, especially the kids, will one day remember where they were when Siya Kolisi steered his team of Springboks to rugby glory, and recall every stage, every penalty kicked by Handré Pollard, and watch over and over in their mind’s eyes as Makazole Mapimpi scored the first try of the game and then Cheslin Kolbe set down the second.

They may have felt just a little responsible for that last try in the dying minutes. Yells of “nog ene!”, “one more try!” and “nog ’n piep!” had punctuated the room in those breathless, lump-in-throat moments, and down the ball went again behind the posts as the roof all but lifted off the little golf clubhouse in Cradock. To be toasted – what else? – in beer, Klippies, prayer and braaied lamb and wors later on that unforgettable day.

I didn’t stay with teetotal orange juice for the entire game. As the excitement of the game built up I got my ou vriend daar agter die bar to add a vodka to it after a while, and then another, and another. For luck, you understand. DM