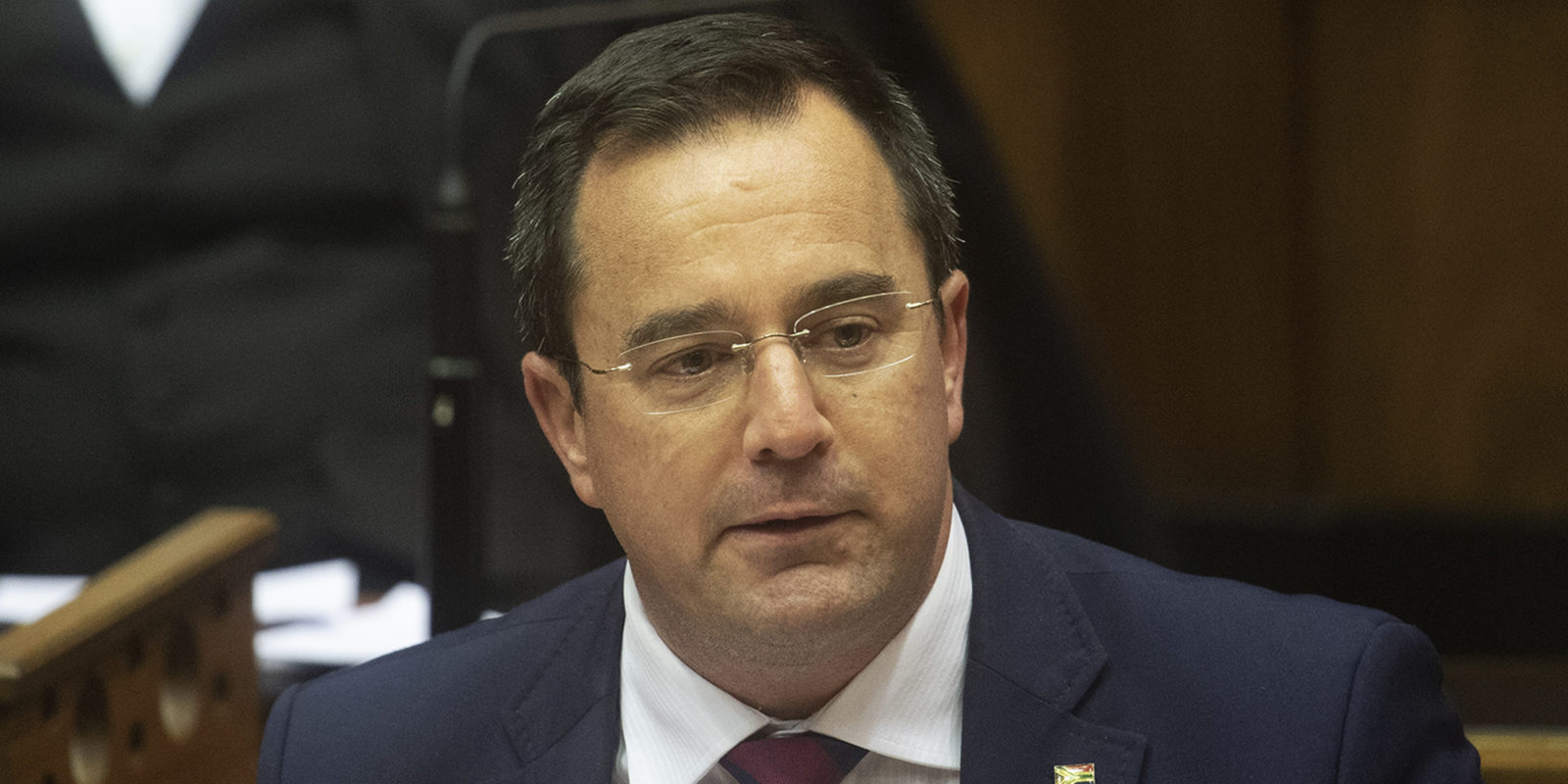 The former chief whip wants the party to firmly reassert itself as a liberal, centrist political opposition, with the aim of becoming the ruling party.

After being nominated unopposed as parliamentary leader for the Democratic Alliance over the weekend, former chief whip John Steenhuisen will now also avail himself for the position of interim party leader. His goal is to become party leader next year.

Steenhuisen, 43, who has occupied the position of chief whip for the past four years, asked that he be judged by what he is capable of doing for the party, and not by the colour of his skin, when considered for the position of interim party leader at the Federal Council on 17 November.

He is the first member of the DA to throw his hat into the ring following the shock departure of Mmusi Maimane last week.

Addressing members of the Cape Town Press Club on Monday 28 October, Steenhuisen – who was appointed parliamentary leader on Sunday – defended the party against criticism that it was a privileged party serving white interests. This perception was not born out of reality, he insisted.

“We are by far the most racially diverse political party on the South African political landscape,” he said, referring to other political parties on the right and left as being “monochromatic”.

After the election of Helen Zille as Federal Council chairperson last week, Maimane and Johannesburg mayor Herman Mashaba – two prominent faces of the new DA – both left the party, claiming the direction and leadership of the DA were not aligned with their beliefs.

In his final speech as leader of the party, Maimane stated that: “It is no secret that for decades the DA has been seen as a party for minorities only.”

But Steenhuisen, who was appointed chief whip by Maimane, said the DA needs to confidently reassert its commitment to non-racialism and liberal politics.

“We must stand up against radical, racial populism of both the left and right,” said Steenhuisen, while describing the current DA as a “big blue wobbling jelly with nothing holding it upright”.

The “jelly DA”, following the recent exodus of leaders, must avoid what Steenhuisen described as the “three big elephant traps standing in its path”.

It can lurch to the left and become what he called a “diluted ANC”, or it can move further to the right, as many expect the party to do after the last two tumultuous weeks amid the ruckus over Zille’s return to a top leadership position in the DA. The third trap would be to stand still and do nothing. Stenhuisen argued all three options would be a death knell for the DA.

“A knee-jerk reaction to desperately try and win back conservative voters will turn [the DA] into a fringe party of minorities and reduce our ability to credibly ever say that we are challengers for national government.”

Instead, Steenhuisen wants the party to firmly reassert itself as a liberal, centrist political opposition, with the goal of becoming the ruling party. To do so, he believes the DA needs to move away from its “slavish, race-based obsession of the last few years”.

Arguing that race-based policies clearly do not, and have not, worked, Steenhuisen alleged that new empowerment policies are needed to promote equality in South Africa while still acknowledging the fact that the majority of disadvantaged people in the country are black.

His commitment to non-racialism and comment that the architects of apartheid would be proud of policies that promote race as a criteria for empowerment, comes against Mashaba’s resignation speech, in which the outgoing mayor said:

“I cannot reconcile myself with a group of people who believe that race is irrelevant in the discussion of inequality and poverty in SA in 2019.”

In his resignation speech, Maimane stated that “the DA is not the vehicle best suited” to move South Africa forward.

But Steenhuisen fundamentally disagreed with the former DA leader’s statement, instead arguing that the DA is the only vehicle for change.

But, like the image of a jelly DA needing a spine, the DA as a vehicle for change needs some mechanical work, according to Steenhuisen.

He acknowledged that the party cannot continue down its current path and continue with business as usual. Rather, it must strengthen its political position, policies and commitments.

The DA will elect a permanent leader next year to see the main opposition party through to the next local government elections in 2021. The party is seeking to reverse its downward trend after losing more than 470,000 voters in the May 2019 national elections under Maimane. DM