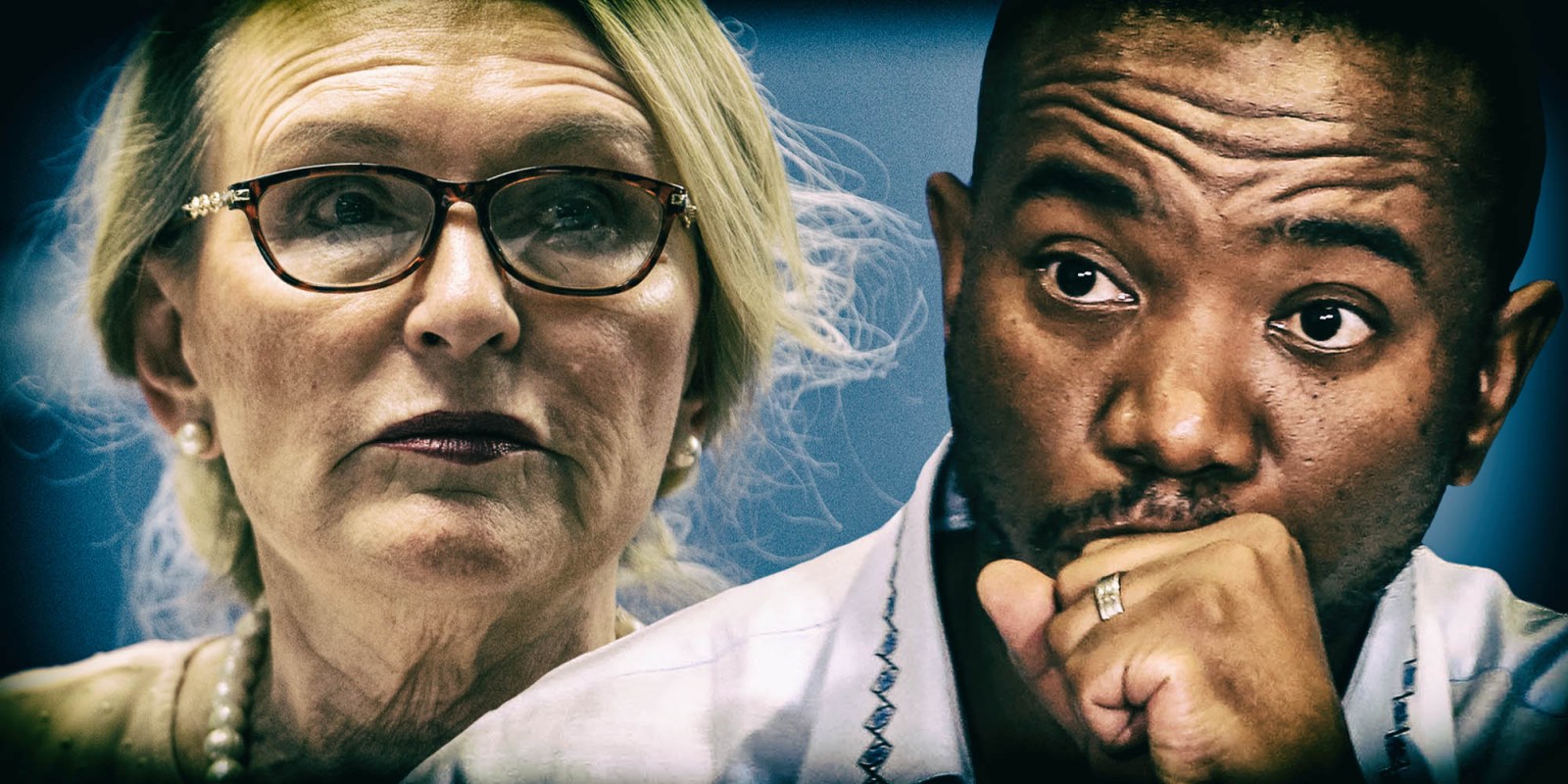 The fallout of the DA ructions continues – all the way to the DA parliamentary caucus at the Good Hope Chamber.

Just before the DA parliamentary caucus on Thursday, the opposition party’s former leader Mmusi Maimane dropped another bombshell. This time on Twitter.

“I have worked tirelessly to build the project of One SA for All, It’s been my greatest honour to serve the people of SA and will continue to do so. I have today resigned from the DA and Parliament. Thank you to the people of this county for your faith in our nation. God bless SA.”

Maimane’s resignation from Parliament had immediate repercussions – effectively voiding of all non-elected parliamentary caucus positions like chief whip and what the DA calls “shadow ministers”, or portfolio linked spokespersons.

As leader in the national legislature, Maimane had appointed his chief whip, and determined which MP should be spokesperson for what portfolio. This was done as recently as 5 June 2019 when after the May elections Maimane had made significant changes to who were his point people in the different portfolios in Parliament.

The fallout of Maimane’s resignation of his parliamentary seat on Thursday morning was immediate. John Steenhuisen indicated he was no longer chief whip, but remained at Parliament on the DA backbenches.

However, many of the DA parliamentary positions are elected. And so DA MP and Caucus Chairperson Annelie Lotriet is in charge, for now, alongside Jacques Julius who as deputy chief whip also holds an elected post that is independent of leadership changes.

And as an interim measure – and to maintain some stability in this sea change – all the DA “shadow ministers” in their posts, Daily Maverick is told. This may change once a national DA congress elects new leadership.

The closest similar situation was on 23 September 2008 when the resignations of 11 Cabinet ministers, including then finance minister Trevor Manuel, came after then president Thabo Mbeki announced he had accepted the governing ANC’s recall of him, and would resign.

The argument that underscored the ministerial resignation was that they also had to resign because they had been appointed at the pleasure of the president. Most, though not all, indicated their readiness to serve again – and were reappointed.

As opposition party, the DA’s situation and circumstances are different. But the instability in the DA was not calmed by how Maimane departed from the national legislature.

On Wednesday he had initially announced his resignation as DA leader after a long meeting of the Federal Executive Committee, the party’s day-to-day operational structure. His public statement then was clear.

“I will continue in the role as parliamentary leader until the end of the year, after which the party will go to congress to elect new leadership.”

By Thursday morning this had changed. Maimane’s tweet made it clear he had also resigned from Parliament, leaving the caucus, if not in disarray, then facing serious headwinds.

Everyone put on a brave face after what was an unusually short caucus. There really wasn’t much to discuss.

On Thursday, the DA was seeking legal advice because Maimane’s resignation and that of Federal Chairperson Athol Trollip has left a vacuum. According to the DA constitution, the federal chairperson takes over when the national leader resigns, or is otherwise incapacitated. The only way to set the DA right is a national congress to elect new leadership.

“It’s been the greatest honour of my life to serve Mr Maimane and this amazing caucus,” Steenhuisen told Daily Maverick.

“I remain completely committed to the DA… and holding the government to account – whether I have the word chief whip before my name or not.” DM