Mboweni’s mini-Budget: Walking the tightrope between... 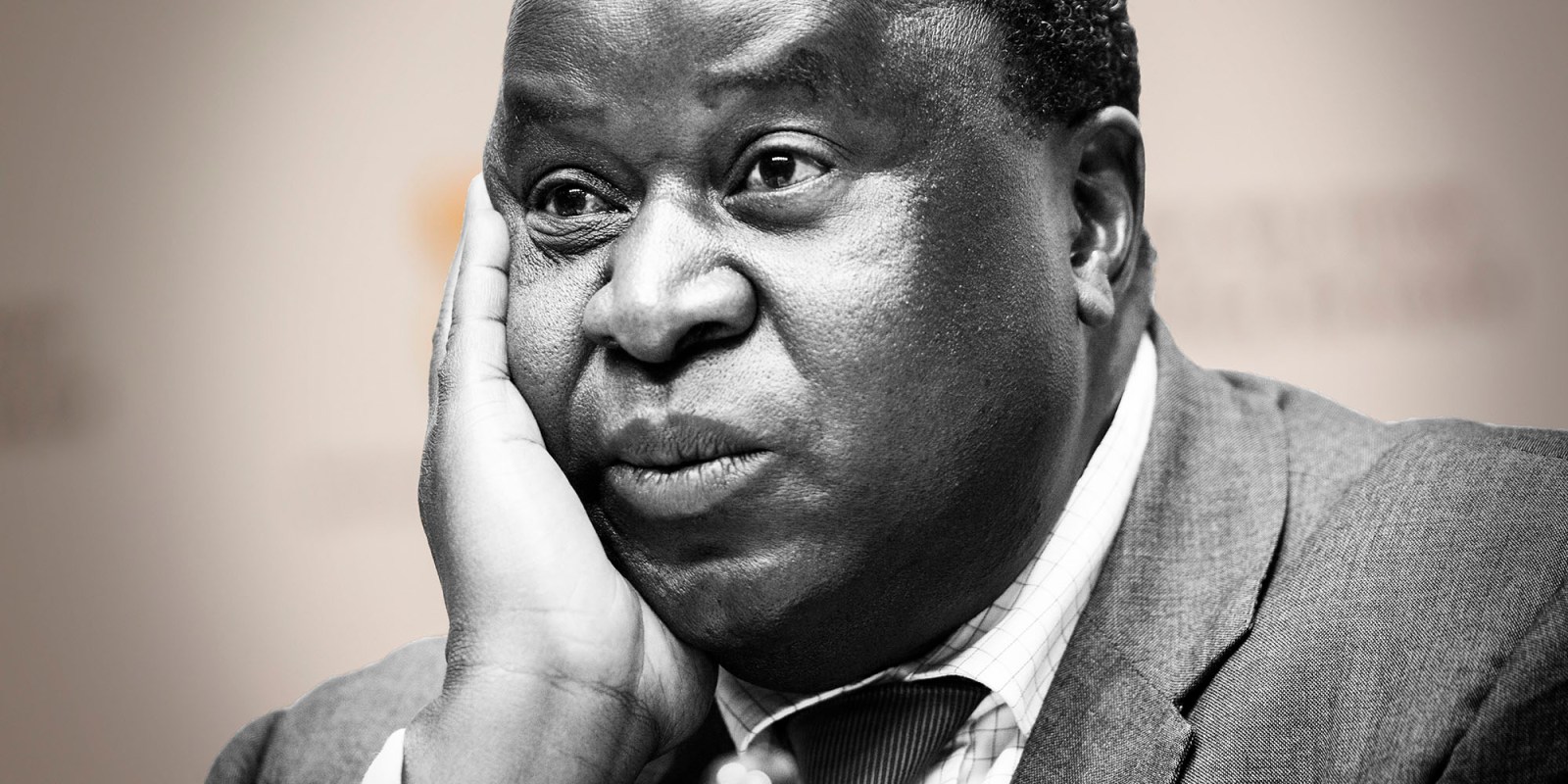 Wednesday’s Medium-Term Budget Policy Statement, colloquially dubbed mini-Budget, is not about getting a glimmer of good news. There is little to none. It’s about indications of whether the tough and unpalatable political choices to set things right are being taken.

Finance Minister Tito Mboweni didn’t look particularly buoyant when he closed Tuesday’s parliamentary debate on the Eskom Special Appropriation Bill, the draft law that will give the troubled power utility a total of R59-billion by 2021.

“One of the things I have learnt since assuming office is that the minister of finance is burdened with having to find resources for Eskom, SAA, SA Express, Denel, Alexkor, then a huge bill for compensation of (state) employees, and many programmes that must be funded amidst an ageing and overburdened infrastructure within the context of declining tax revenue due to low economic growth,” he said.

And that about captures the quandary of the 2019 Medium-Term Budget Policy Statement (MTBPS), that while announcing adjusted allocations for departments and public entities, will also signal spending and policy direction in the 2020 Budget.

Given public finances are tight and strained, tough decisions must be made. But those trade-offs and choices are heavily contested. The political contestation on the economy unfolds in various platforms, from the competing ANC factions to the ANC National Executive Committee (NEC) and within Cabinet.

The numbers are not pretty.

The 38.5% of South Africans unemployed on the expanded definition includes those too disheartened to even try to find work. If Statistics South Africa, in its quarterly labour force survey released on the eve of the MTBPS, delivers an uptick in the numbers of employed, the politicians will undoubtedly seize on that. Elsewhere the figures are dull, at best.

Tax collection is set to come in at R60-billion less than anticipated, according to official indications, largely due to the depressed economic climate with growth forecast at 0.8%, significantly revised down from the more than 1.8% forecast in February’s Budget, after 2018 recorded 0.7% economic growth.

Extra tens of billions of bailouts had to be found for Eskom, that with its R450-billion debt, the government has admitted, remains the biggest risk to South Africa, but also SAA, SABC and Denel. Further billions of rand in government-guaranteed support for state-owned entities (SOEs) are anticipated.

Eskom remains in a holding pattern, its paralysis entrenched by political and factional contestation.

While its unbundling into three entities — generation, distribution and transmission — was announced by President Cyril Ramaphosa as far back as February 2019, nothing concrete has unfolded. The Eskom special paper has missed two self-set deadlines of July and September 2019, and responsibility for its release has been kicked from Public Enterprises to the Presidency in what is an indication of the political contestation within Cabinet.

Contestation also unfolded over the economic discussion paper Mboweni released at the end of August — let’s call it the Mboweni paper — urging speedy action on key potential growth areas such as tourism and agriculture, easing doing business in South Africa while looking to boost regional exports.

The condemnation was immediate and loud from ANC alliance partners, labour federation Cosatu and the South African Communist Party (SACP). Both described the paper as “neo-liberal”, a swear-word in the governing ANC alliance, and condemned it for not having been through the internal consultation processes. The radical economic transformation (RET) groupings joined in.

But Mboweni’s paper received backing at the last NEC and that is something of a coup. Mboweni’s proposals were included in what the NEC called “packages… (of) growth-enhancing reforms”. Some of the phrasing of the official ANC NEC statement closely mirrored that of Mboweni’s paper.

But crucially, the Mboweni paper’s proposed labour reforms were not included, and decisions kicked into touch. It’s an indication that political contestation around the trade-offs are far from over.

While Ramaphosa was put on the back foot by pressure from labour to repeat that Eskom restructuring would not result in job losses, the Integrated Resource Plan (IRP) also seems to have picked the low-cost rather than least-cost option in the wake of political pressure and contestation.

The public wage bill illustrates such political contestation. Red flags over the tens of billions spent on civil servants’ salaries, amounting to about 38% of the total Budget, have been raised for years. In February’s Budget early retirement without the usual financial penalties was made possible, although the take-up appears to be sketchy at best and nowhere near the required numbers.

Cosatu, in its statement on MTBPS expectations, said:

“Treasury has continuously sought to shift the blame for government’s mind-boggling levels of incompetence to nurses, teachers, cleaners, police and prisons officers. These workers are only trying to earn a living wage and be able to feed their families and clothe their children.”

The trade union federation said the public wage bill had not increased, but remained at consistent levels since 1994.

As Mboweni’s paper is being updated with some 700 public comments, Cosatu used this moment also to reinforce its opposition to the paper’s labour reform proposals.

“We hope that Minister Mboweni will not seek to revive the obnoxious anti-worker attacks in Treasury’s Economic Growth Strategy (the economic discussion paper). Cosatu will defeat any attempt by Treasury to collapse the National Minimum Wage, collective agreements and workers’ hard-earned labour rights. The federation is pleased that both the President and the ANC have come out to say the anti-worker proposals in the Tito Manifesto (the economic discussion paper) must be deleted.”

It’s the next round in the political contestation that at the last ANC NEC saw labour reforms, including a more flexible labour market, excluded even as the so-called package of growth-enhancing reforms was accepted.

Against this political contestation, the National Treasury has done what it can with regard to the numbers, and getting them to look as good as possible.

Analysts such as Intellidex Head of Capital Markets Research Peter Attard Montalto expect the MTBPS to hit the numbers that will reassure the markets.

“National Treasury was strategic in getting its MTEF (medium-term expenditure framework) negotiation ducks in a row early in the cycle with well-placed media stories emerging through mid-year… Central to this was the 5%/6%/7% cuts in expenditure envelopes for departments (over the three-year budgeting cycle). This laid down a very firm line,” said Attard Montalto, adding the front-loading of, for example, Eskom’s bailout had strengthened National Treasury’s hand.

“This is, in the circumstances, a win, though we should recognise much more really should have been done to cut than has been possible.”

Wednesday’s MTBPS will only partially be about the numbers. They are dismal, but not necessarily hopeless. To get better, tough choices must be made. But political contestation has left South Africa hanging.

When Mboweni steps up to the podium in the National Assembly at just after 2pm on Wednesday, it will become apparent whether those tough, unpalatable and pragmatic decisions have been taken — or if the perpetual political contestation within the governing ANC and its alliances continues to carry the day. DM