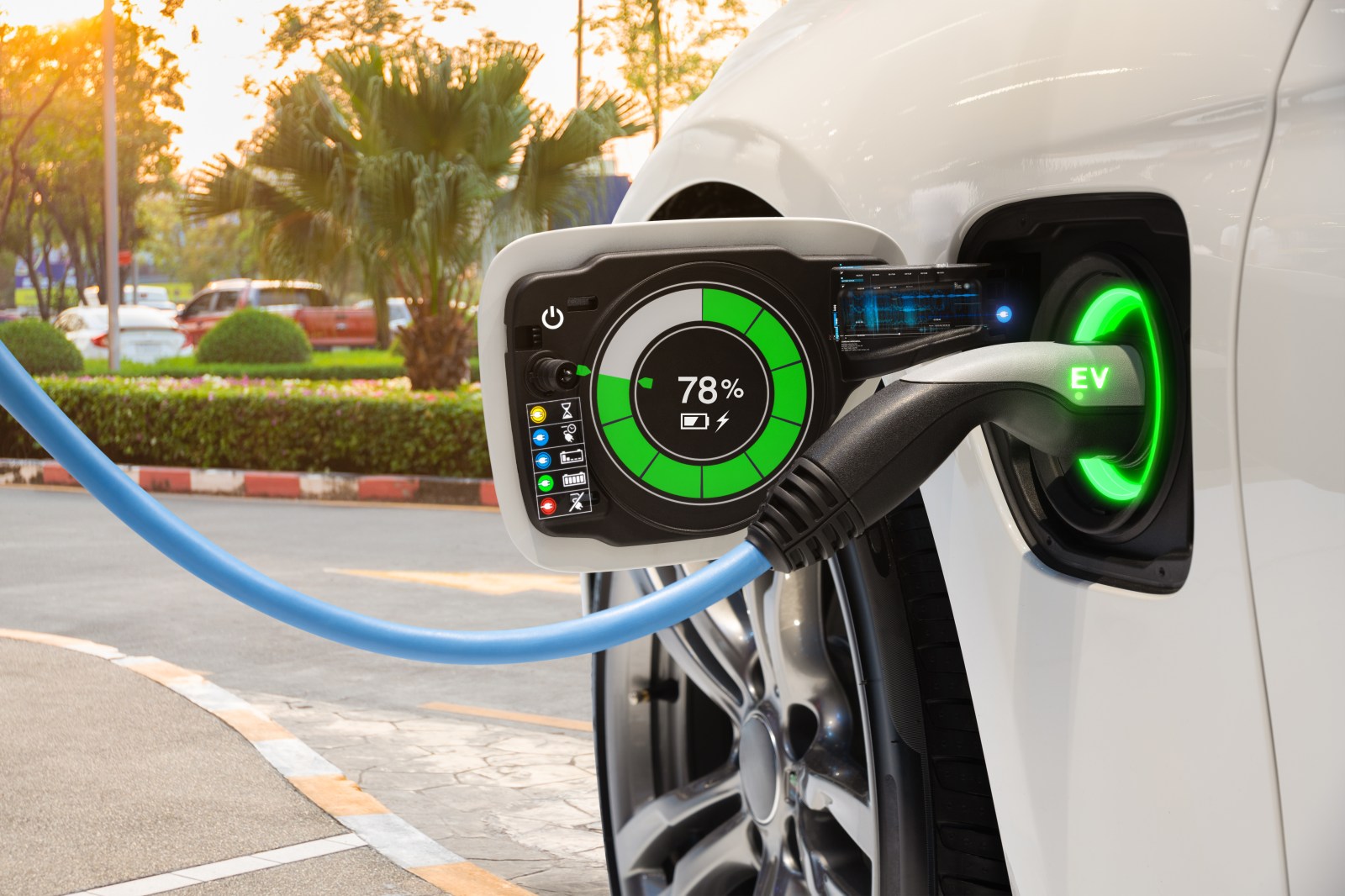 With just over 1,000 electric vehicles on South African roads, how practical is the charging network? Is the country set up to achieve the goal of electric mobility?

In the upcoming third episode of On the Edge of Change, our series on climate change, sea-level rise and the SEAmester programme aboard the research vessel the SA Agulhas II, the scientists we interviewed repeatedly emphasised the importance of targeting politicians and other policymakers, in order for them to push policies that will reduce our collective carbon footprint.

Indeed, in cases like the Paris Agreement, where world leaders got together to formulate policies to fight climate change, the result was that they went back to their countries to work on regulations for their national industries to meet the agreed goals.

The automotive industry, in particular, was one of the key focuses, especially considering that transport accounts for 23% of all greenhouse gas emissions. The goal now is for 20% of all road vehicles to be electric vehicles (EVs) by 2030 and 35% of new vehicles to be EVs. This has put pressure on manufacturers to get into the EV business. Currently, only 2.5% of cars worldwide are electric.

China, Europe and North America lead the pack, accounting for 56%, 23% and 17% respectively of the global EV market. According to a report by analytics group Lightstone, in January 2018, only 375 electric cars had been sold in South Africa. In March 2019, former minister of transport Blade Ndzimande updated that figure and announced that the number had increased to 867. At the time of publication of this article, it is estimated that there are 1,000 electric cars on South African roads, out of a total of more than 12 million registered vehicles.

There are, of course, many challenges, such as the lack of nationwide charging stations, and the higher prices of EVs, partly due to an import tax of 25% vs the 18% for combustion engine cars. Then there is the question of whether electric cars in SA will actually contribute to a reduction of our carbon footprint, seeing as 80% of our electricity still comes from the coal industry, making South Africa one of the worst culprits when it comes to CO2 emissions. We’re No 14 on the list, emitting some 460 million tonnes of C02 into the atmosphere in 2015.

Don’t forget load-shedding either. In April 2019, a statement was published on the Eskom website, specifically to address the growth of EVs:

“Eskom is actively involved in the EV sector as the primary electricity supplier for vehicle charging. Eskom’s main objective is to craft special tariffs for EV owners to charge their vehicles at off-peak times, thereby helping to flatten the demand patterns outside peak periods and ensure affordable power for EV owners.

“Those concerned about Eskom’s ability to supply the necessary electricity need not worry – even a massive growth in EVs will not have a major impact on the overall demand during any normal day. Other than that, Eskom is also well advanced in its research on photovoltaic and battery storage options to power EVs in the future.”

Currently, only three fully electric vehicles are available for sale in South Africa: the Nissan Leaf, the BMW i3, and the Jaguar I-PACE. Although the Leaf has been available in SA since 2013, that model is no longer on sale except in the used car segment. Nissan will launch the upgraded version of the Leaf in 2020, with a 62-kWh battery and 384km range. A fourth EV model, the Mercedes-Benz EQC, will also hit the SA market in 2020. No electric cars are manufactured locally.

There was hope that the Tesla Model 3 would also reach South African shores, after Tesla CEO Elon Musk tweeted in December 2018 that the car would be available in South Africa at “probably end of next year”. Sadly, those hopes were dashed in August 2019, when he responded to a tweet asking if it was available in SA:

“Would love to, but import duties are extremely high, even for electric vehicles.”

Kim Lord, a property manager based in the Western Cape’s Somerset West, was one of the earliest owners of an EV in South Africa, having bought the first Nissan Leaf back in 2014.

According to plugshare.com, South Africa has some 180 charging stations, the majority of which are split between Joburg and Cape Town. Lord is yet to benefit from the steadily growing charging infrastructure.

“Generally speaking, there is no real infrastructure for electric cars in South Africa,” says Lord, who plugs his 24-kWh battery car overnight into a wall socket to charge. Between him and his wife, they share a diesel Nissan X-Trail and the Leaf. Even without a fast-charging port nearby, Lord emphases that for them, “it is very practical, very comfortable, and very economical”.

They’ve also invested in a solar power system for their home, so even though it would still be a fraction of what fuel costs to charge the car if they were on the Eskom grid, daily running costs are almost non-existent for the couple.

“We basically charge it from the sun,” says Lord. “The other thing is the maintenance on the car is so low. There’s no oil, no plugs, no fuel engines to deal with. Even when I take it in for a service it’s a quick process, all they really have to check is the brake pads, and because of regenerative braking, you don’t actually use your brakes that much.

“In my experience, everything seems to just last forever on these cars.”

Their Leaf is just about to hit the 90,000km mark and he says the only issue he has experienced is the decreasing range due to the battery losing power over time.

“We bought the car second hand, and the previous owner was driving at very high speeds and used up the battery. I had a huge fight with Nissan and eventually, they gave us a new battery at a discounted price.” He took the old battery and added it to the home’s solar network as backup power storage.

The car’s 24-kWh battery gives them a range of about 120km, a relatively short-range by today’s standards. Even though cars like BMW’s i3 had a similar range when they first came out, the latest model gets twice as much. Then there’s the far more expensive Jaguar I-PACE, with a starting price of R1,672,230, which offers a range of 470km.

The practicality of the charging network was put to the test in October 2019 during an electric vehicle road trip organised by Generation.e in partnership with the Department of Transport, the Gauteng provincial government and the African Alliance for Energy Productivity.

Seven vehicles including the BWM i3, Nissan Leaf and Jaguar I-PACE, drove from Pretoria through Bloemfontein, Graaff-Reinet, Port Elizabeth, Knysna and Worcester, ending in Cape Town.

Charlen Raymond, who was on the trip, reported on Wheels24.co.za: “Interestingly, the majority of charging stations on the public network are 60kWh fast chargers, meaning 100km of range will take around 20 minutes for Jaguar I-PACE owners. And, a charge from 0 to 80% will take around 72 min, according to Jaguar SA.

“But — and there’s always a ‘but’ — Jaguar’s powerway only has one charging station at each point… With seven cars in our convoy, charging all the vehicles took hours and is this an indication of how things will be when more electric vehicles flood the market? Unless more manufacturers come on board and also install public charging stations, the queues to charge your vehicle will have you waiting for hours on end.”

Lord is also unenthusiastic about the prospects of EVs for long-distance travel:

“If you think you’re just going to be able to drive an electric car as your only vehicle and drive it everywhere, it’s not gonna work. It’s a great vehicle for driving around town. Absolutely fantastic, you can’t beat it. But for long-distance travelling, it’s not the answer.”

Even with the possibility of a much greater network of fast-charging stations, which can take as little as 30 minutes, Lord notes that regular fast charging can speed up the decline of the battery’s power. Indeed, a study by the Idaho National Laboratory using the 2012 model of the Nissan Leaf, found that over time, the cars that regularly used fast chargers over the first 80,000km lost 27% of their battery power, while those that didn’t lost 23%.

The Lords remains happy with their six-year-old Leaf. Asked if he would buy an EV again should the time come to replace the current vehicle, he says: “I definitely would, but I don’t see that happening any time soon. There’s nothing wrong with this car, it’s absolutely perfect. The thing goes. There’s no gears or nothing, you just step on it and it can go until it reaches maximum speed.” ML