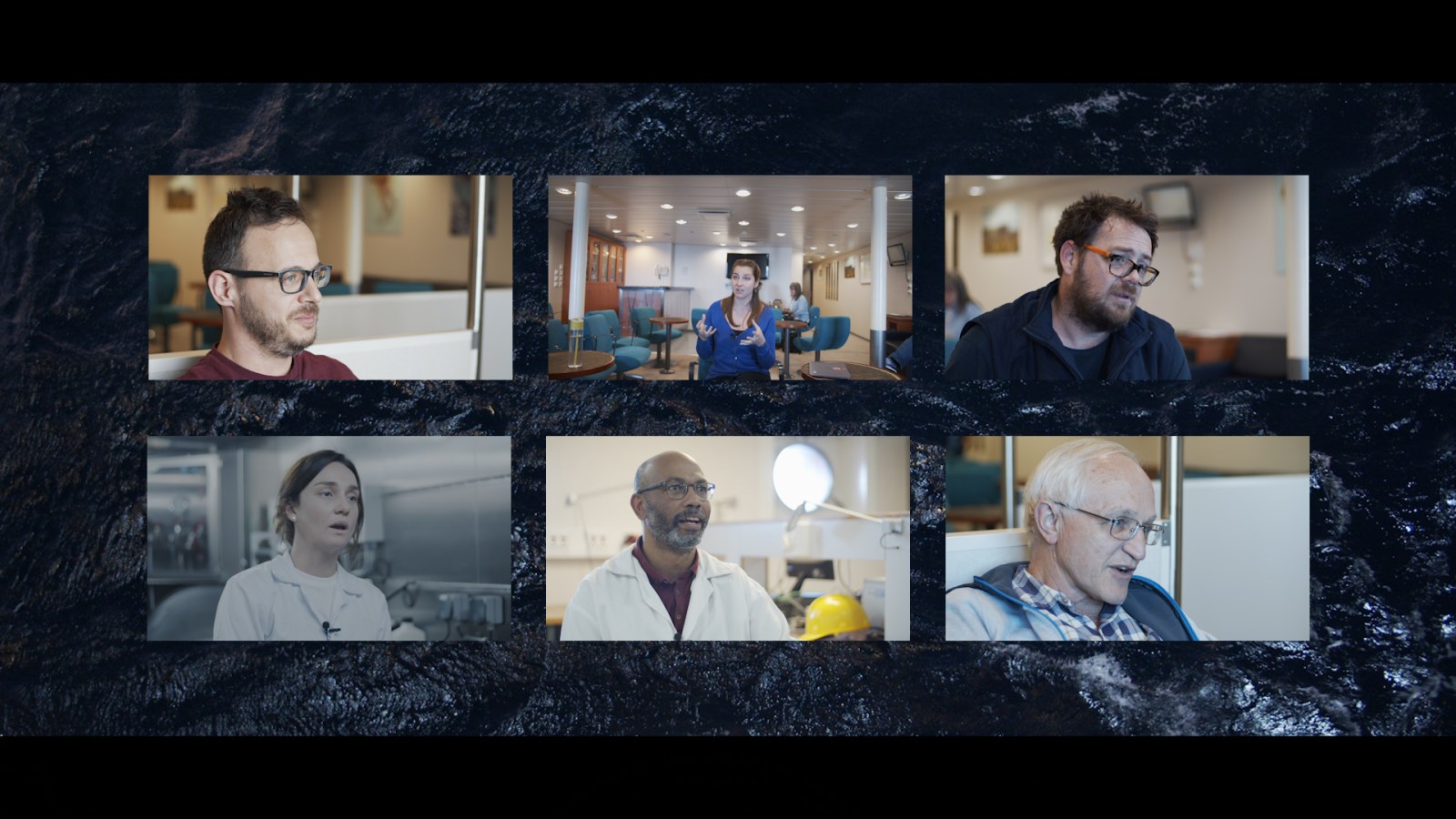 On the Edge of Change

The first episode focuses on the South African icebreaking polar supply and research ship, the SA Agulhas II, and the scientific and educational programmes run on the vessel while at sea.

“I think what is critical here is to have interest and know the history. South Africa was one of the first [12] signatories in the Antarctic Treaty. Not many people are aware of that. Not many people are aware that this vessel is South Africa’s third generation vessel in polar research… I wish that kind of information could be published and be taken out there for everyone to appreciate how much, in fact, this ocean is providing or contributing to the GDP of the country.”

On 7 July, as the ship was battered by a massive storm, with waves reaching 10m high, Captain Knowledge Bengu, master of the SA Agulhas II, is on the bridge, talking about why South Africa is uniquely positioned to lead the way in maritime research and oceanography; the Antarctic Treaty he is referring to came into effect in 1961, and declared the continent of Antarctica as a scientific preserve that doesn’t belong to any single country.

It’s a continent that is 4,824km away from Cape Town on a route that follows and traverses one of the fastest current in the world, the Agulhas.

This time, though, the SA Agulhas II is not heading towards Antarctica. On board are 41 students, and 32 lecturers and scientists – as well as the ship’s crew – split between the SEAmester programme and the Agulhas System Climate Array (ASCA) research team. The former group, led by UCT’s head of oceanography, Professor Isabelle Ansorge, participates in lectures and scientific research on deck and in laboratories, while the ASCA research team is on board to conduct ocean research and observe marine life along the Agulhas Current.

The ship, which was commissioned by the Department of Environmental Affairs in 2011, and completed at a price tag of R1,300,000,000, is the first of its kind in the world. It combines passenger amenities, research facilities, as well as innovative icebreaking capabilities, putting South Africa at the forefront of Antarctic research.

In the next episode, we take a deeper look at the Agulhas Current and how changes in the current are likely to affect South African weather; although we are still at the beginning of the research done in our oceans – Atlantic, Indian and Austral – we know that the warm waters of the current have been linked to South African rainfall and floods. Monitoring their width, salinity, heat and turbulence is crucial to understand how our oceans are changing in times of climate crisis. ML

The miniseries On the Edge of Change will be published every Wednesday on Maverick Life and Daily Maverick. To see all the videos, subscribe to our YouTube channel https://www.youtube.com/channel/UC0CM9l-7mgfD78xkr_0x_-A