Time for Pollard to fulfil his destiny as Boks’ match-winner 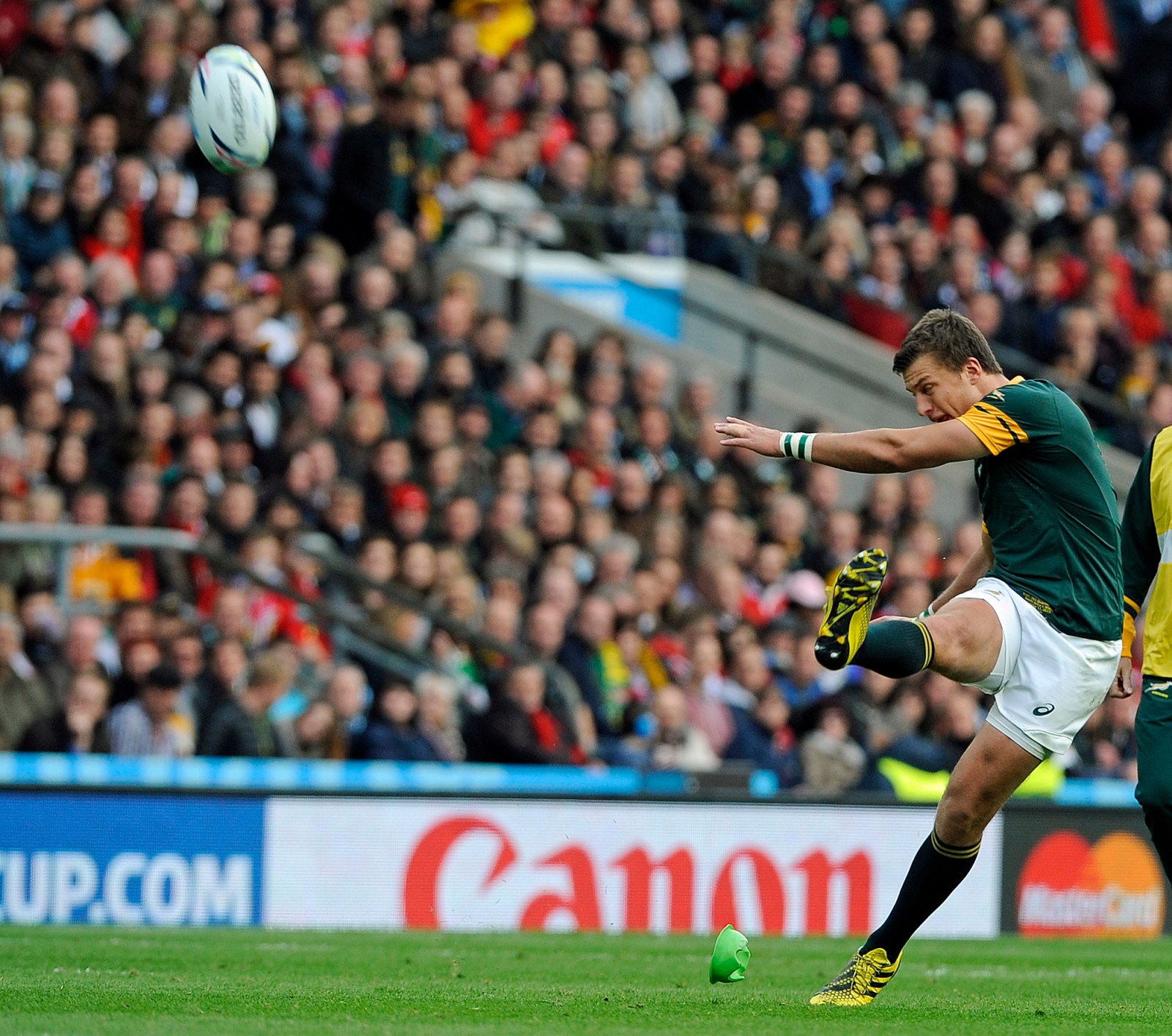 The time has arrived for Springbok flyhalf Handré Pollard to etch his name in rugby folklore by delivering a dominant, career-defining performance in the semi-finals of Rugby World Cup 2019 in Yokohama on Sunday.

Ever since his schooldays Pollard was touted as a future great, and as a No 10 that could lead the Boks back to the promised land of Rugby World Cup glory.

In 2012 he steered the Junior Springboks to the world title on home soil as a fresh-faced 18-year-old. Two years later he captained the Junior Boks to two wins over New Zealand, in New Zealand, and into another Junior World Championship final. South Africa lost by a point to England, but Pollard was named World Junior Player of the Year.

A few months later he was playing for the senior Springboks, against the All Blacks, in the cauldron of a packed and frothing Ellis Park. He helped himself to two audacious tries against the world champions as the Boks won 27-25.

Despite some superb displays in that time, Sunday’s clash against Wales in Yokohama – on Sunday at 11am – looms as perhaps his last chance to completely fulfil his undoubted potential.

If Pollard fails, the Boks almost certainly will fail too. And given the attrition rate of players and lure of overseas club commitments, Pollard might never have another chance at RWC glory.

With two heavyweight packs of forwards that are likely to nullify each other, the clash against Wales will turn on fine margins, and be defined by intelligent decisions and moments of brilliance from the generals behind the frontline.

Pollard is the brain of the operation and he will have to be fully engaged, for however long it takes, to steer the Boks into a first RWC final in 12 years.

Goal kicking will be paramount because in Dan Biggar and Leigh Halfpenny, Wales have two of the finest exponents of the craft. Pollard has been only slightly above average at this tournament, landing 14 of 21 kicks at goal (66%). He’ll have to land close to 100% in the semi-final.

The sides met at the quarterfinal stage at RWC 2015 and it took a late try from scrumhalf Fourie du Preez to see the Boks over line.

On that day Biggar set up Wales’ only try by collecting his own up-and-under before offloading while Pollard coolly slotted his five kicks and a drop-goal as the Boks won 23-19.

The margins are likely to be as tight this weekend with Wales having won the last four meetings between the sides. The two players will be eye-to-eye again on Sunday.

“Dan is a world-class player who has a wide range of skills,” Pollard said after training at the Yokohama Stadium on Friday.

“He likes the physical side of the game. I think that we both do. I’m looking forward to that battle. I don’t think that Wales are known for their flair. They can be relentless in terms of implementing their game plan. When they control the set-piece and enforce their kicking game, they can start to suffocate you.

“We have to be careful about falling into that trap. It’s going to be an interesting chess match. The two teams will feel each other out tactically in the first 20 minutes and from there it will be about applying the pressure and converting it into points.”

Without Cheslin Kolbe on the right wing the Boks have lost a major weapon, not only because of his elusive running but his ability to contest high-ball despite his small stature.

Sbu Nkosi replaces Kolbe and while his skills in those areas are not as polished, he brings great power and pace on the wing. Nkosi is a lethal finisher as eight tries in 10 Tests suggests. With Makazole Mapimpi also in try-scoring mood on the other wing, Wales will be working hard not to allow the Bok flyers any space and time on the ball.

Neither side is going to abandon its well-honed tactical approach though, where both sets of halfbacks will probe for field position all evening. Neither team wants to be bogged down in its own territory, where ill discipline will lead to penalties in kickable range.

As always the foundation will come from the forwards but this time the point of difference should emerge from the backs because one try might be all it takes to separate the teams.

Pollard might only have one or two opportunities to find the pass, or the kick-pass that breaks Wales’ defence. He will have to be astute enough to recognise the moments that arise, and then good enough to execute in the white-hot heat of battle.

The weekend’s first semi-final pits the All Blacks, on course for third straight title and fourth overall, against the second best team in the past four-year cycle between World Cups.

Eddie Jones’ England side have won 78% of their matches since their inglorious Pool stage exit on home soil four years ago, but they’ve only met the All Blacks once in that time.

At Twickenham in November 2018 the All Blacks prevailed 16-15 and it’s likely that the margin could be as tight this weekend.

Jones’ England are the ultimate percentage team, trying to impose their style and tempo on every opponent.

The All Blacks, while not shy to use the boot to play territory, are also happy to absorb pressure for long periods and not afraid to concede the odd red zone penalty instead of a try. They are the past masters of allowing an opponent to run into a black wall before pouncing on the mistake.

Jones is a canny operator and it’s unlikely that he will allow his team to pound an immovable wall when there might be other ways through it. Hence George Ford’s starting role at flyhalf.

Ford is an elusive, smart player but he also adds another kicking dimension with Owen Farrell and Ben Youngs both superb kickers on either side of him.

Ford might be a neat playmaker, but in Yokohama on Saturday he is more likely to form part of a kicking triumvirate that will have rugby romantics in tears. England are going to try to slow the game down, use their big tight five to ask questions and then unleash a territorial war of attrition through judicious use of the boot.

The All Blacks, though, will do similar and with Scott Barrett selected at flank, they have beefed up their lineout options and added muscle to their gainline artillery.

Like all tight matches of this nature, the packs will be in an arm-wrestle and it will come down to one or two moments of brilliance and awareness.

Collectively England are a match for the All Blacks, but individually New Zealand have more X-factor. That is likely to be the difference.