How do you win a semi-final? Don’t pass, don’t run

How do you win a semi-final? Don’t pass, don’t run 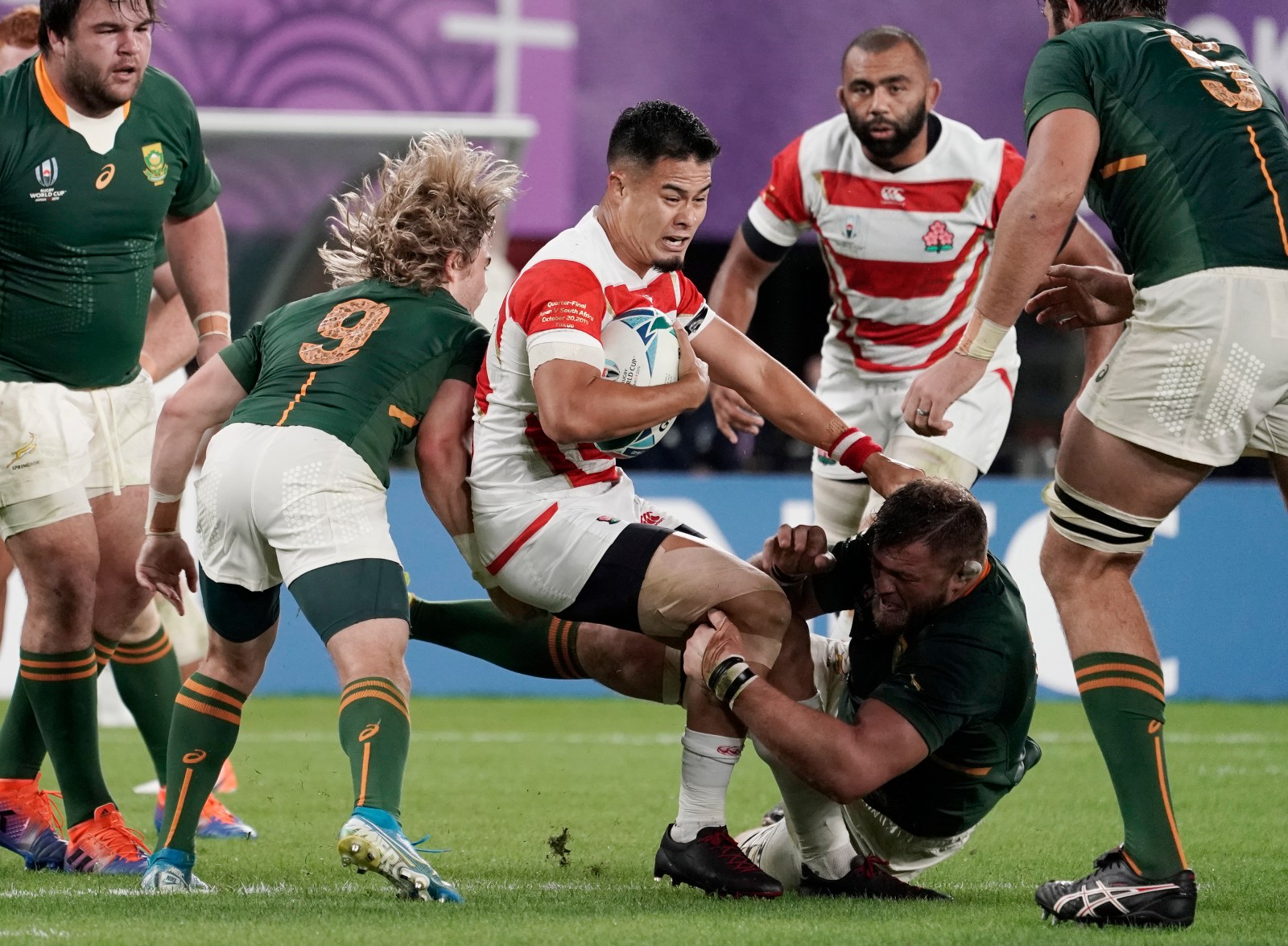 Yu Tamura (C) of Japan is tackled by Faf de Klerk (L) and Duane Vermeulen (R) of South Africa during the Rugby World Cup 2019 quarterfinal between Japan and South Africa in Tokyo, Japan, 20 October 2019. EPA/KIMIMASA MAYAMA EDITORIAL USE ONLY/ NO COMMERCIAL SALES / NOT USED IN ASSOCATION WITH ANY COMMERCIAL ENTITY

Stats are like puppets – reach deep enough and you can make them say anything. Here’s what they say about game plans for a Rugby World Cup semi-final.

Stats in sport can be a funny old thing. Cold Tuesday nights in Stoke haven’t been the same since that became a catchphrase.

Yet, data is playing an increasingly valuable role in how we understand sport and even predict results. Just ask the team who helped Eliud Kipchoge finally break the sub-two-hour marathon barrier.

Rugby’s number crunching only really started gaining sophistication in recent years. That means some of the conclusions drawn from historical data is largely conjecture. But who’s ever let that stop them from treating stats like puppets?

The 2019 Rugby World Cup has been odd in many ways. Knockout games are anomalies on their own, though, because there are so many variables that determine an outcome. One thing that has been quite static over the years, however, is that penalties tend to dominate the way points are accumulated in the semi-final of a Rugby World Cup.

But game plans have evolved tremendously, even over the course of the last four years. And, as Craig Ray notes in Daily Maverick, the kicking game has already shown to be effective in this year’s knockouts.

As it turns out, this trend has been a consistent tactic for the past two Rugby World Cup tournaments. Want to win a semi-final? Don’t run and don’t pass.

The chart below looks at kicks from hand, passes and runs by teams in the semi-finals of both the 2011 and 2015 editions of the Rugby World Cup. Barring South Africa’s effort in 2015, the contrast is starkly apparent. 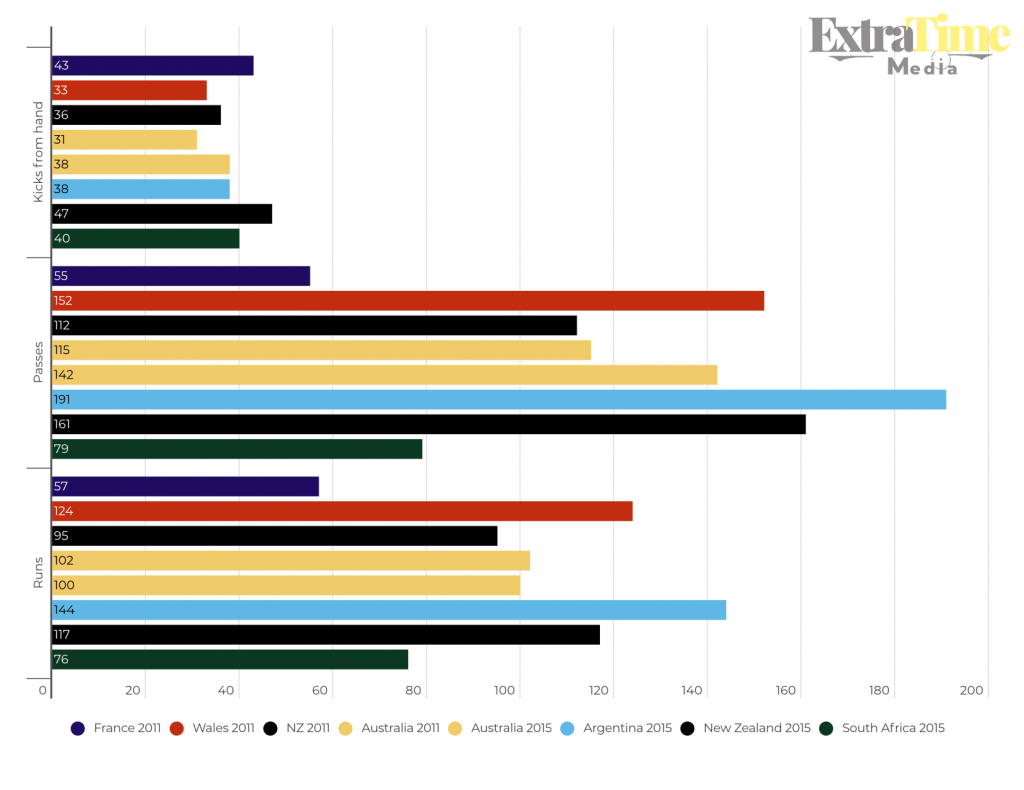 Running is for the birds 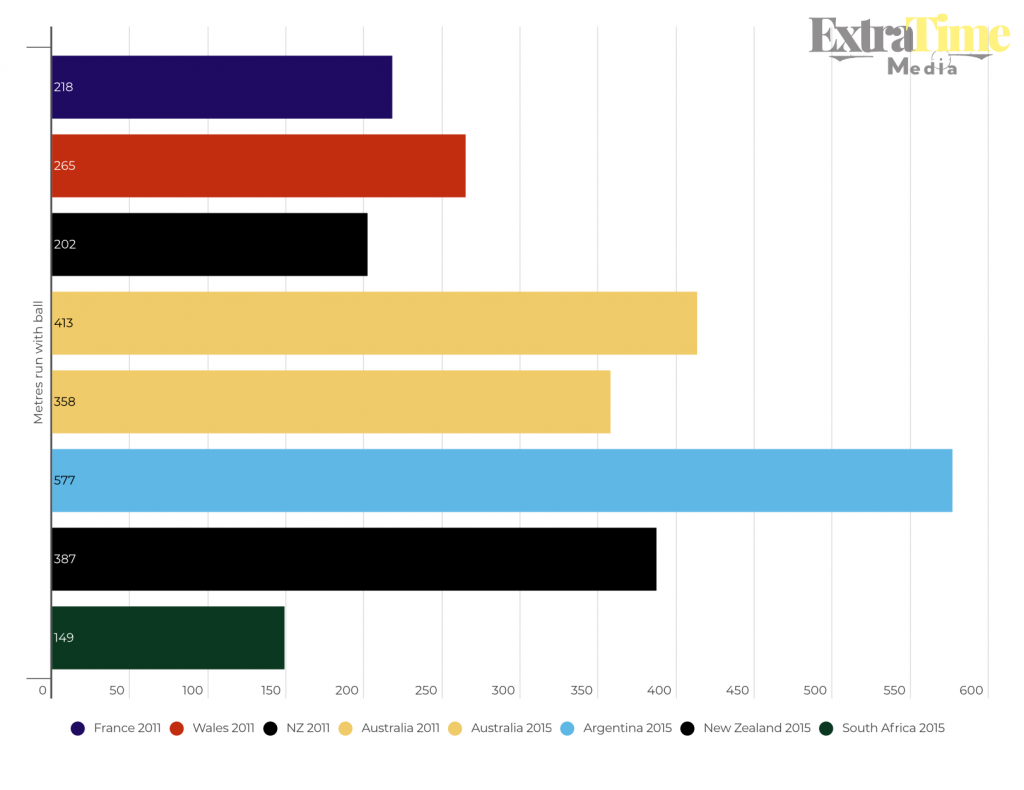 Again, barring the All Blacks’ win over the Boks in 2015, running other teams ragged in a World Cup semi-final appears to be entirely futile.

Try to keep the ball, unless you’re French

Territory and possession are more evenly distributed across the last two years with France in 2011 and New Zealand in 2015 the only two obvious anomalies on both sides of the spectrum. 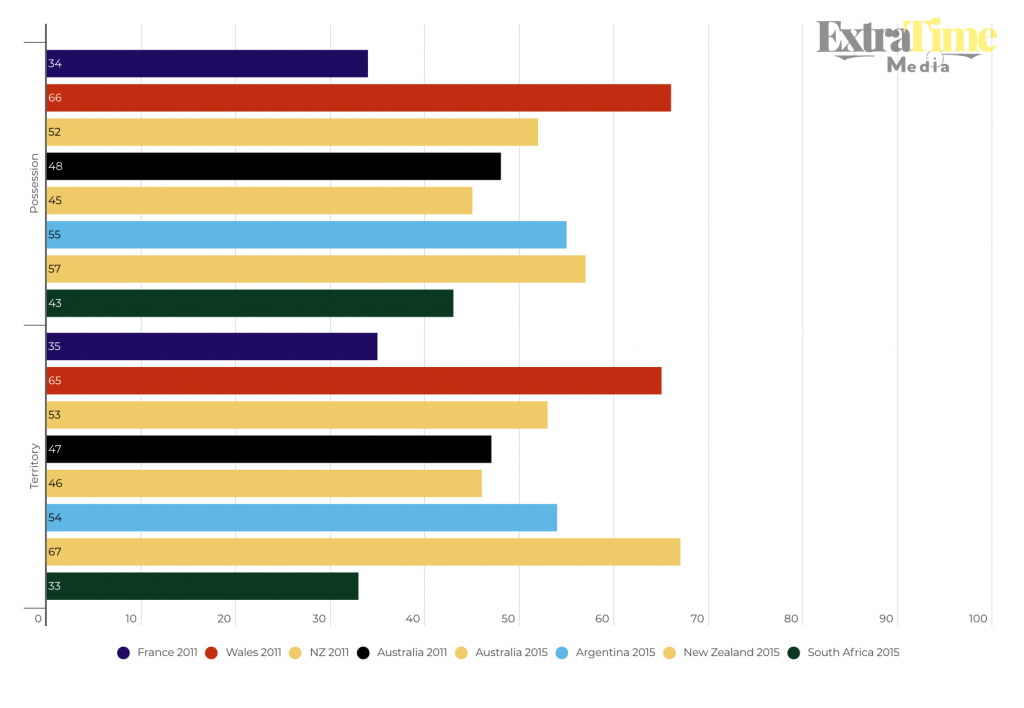 As for attacking play with creative flair… no surprises here that even the cutest offload is unlikely to make the night memorable. 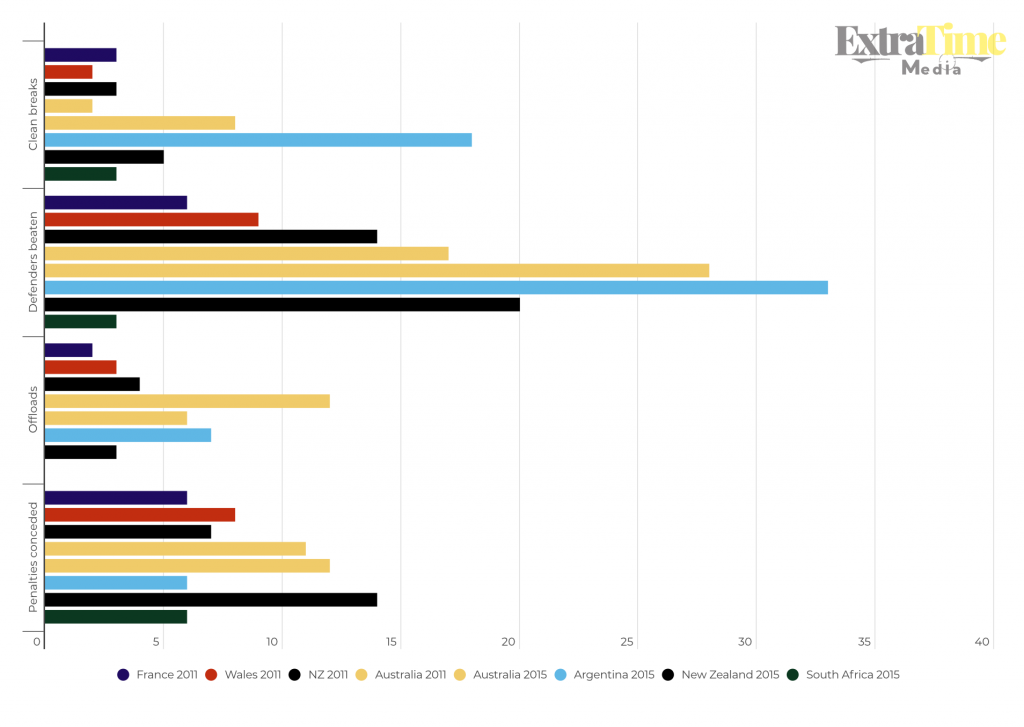 As for penalties? Well, seeing as though they do dominate the points tallies in semi-finals, not conceding them appears to be sound advice. But that’s up to the officials, right? DM