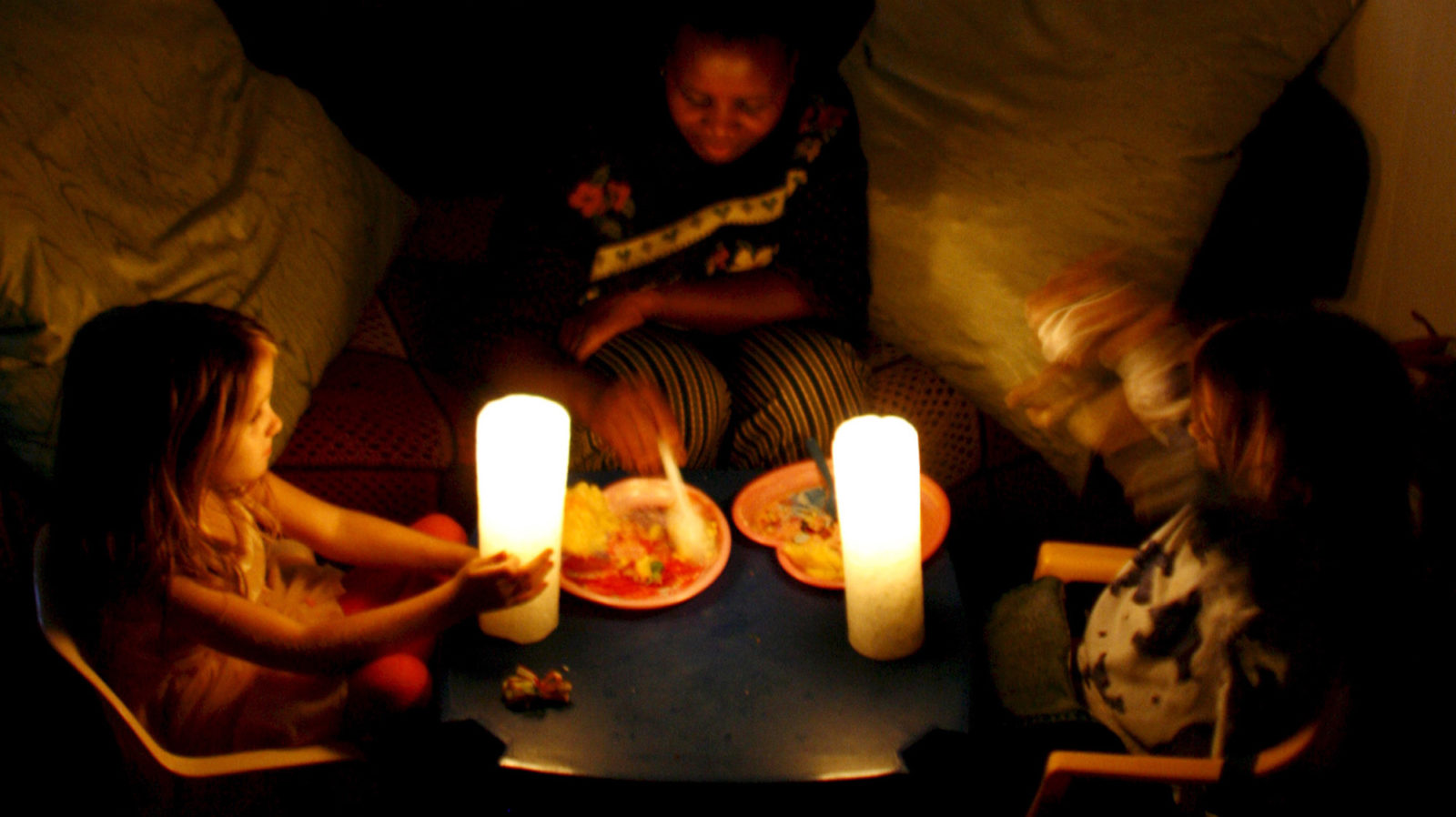 A picture made available on 04 April 2008 shows a family eating their dinner under candle light during a planned power outage the middle class suburb of Parkhurst, Johannesburg, South Africa, 03 April 2008. EPA/KIM LUDBROOK

After a break of seven months, Eskom implemented stage 2 of load shedding at 9am on Wednesday.

“Eskom would like to inform South Africans and all its customers that the electricity system has been severely constrained this week,” Eskom said in a statement released on Wednesday morning, 16 October 2019.

Deputy spokesperson Dikatso Mothae confirmed to Daily Maverick that load shedding is likely to continue for a week.

The capacity shortage at Eskom will impact on many sectors within South Africa and also aggravate stress levels of  the country’s matriculants  who begin to write their final examinations. Some subjects are likely to be affected by load-shedding, according to a statement released by the department of Basic Education on Wednesday.

Eskom further noted that since the shortage of generating capacity from coal-fired generation since 12 October, they have been extensively using the pumped storage and OCGT generators “which has led to a decline in the dam levels and diesel tank levels”, the statement read.

This implemented load shedding is necessary, according to Eskom, as there was a loss of additional generation as well as delays in the return to the service of units that are on planned maintenance and a limited diesel supply. This load shedding will ensure that the power system does not collapse.

Eskom’s statement added that there is a severe supply constraint being experienced which has come about due to high levels of unplanned breakdowns that have exceeded the 10,500MW limit.

“The supply constraint is caused by, among others, five generating units that are unavailable due to boiler tube leaks.”

The statement elaborated: “In addition, a conveyor belt supplying Medupi Power Station with coal failed on Saturday, 12 October resulting in low volumes of coal being supplied to the power station thus limiting the generating capability to approximately half the station output.”

Energy expert Chris Yelland told Daily Maverick that the scheduled load shedding could have been avoided but it would have been costly. Yelland suggested options like cutting the demand of mines, industries and smelters by 10% or using open cycle gas turbines (OCGT).

“These are political interventions that can be taken but unfortunately they come at cost to Eskom and to the economy,” Yelland said.

Yelland added that this implemented load shedding could have been avoided but is better done this way as it can be more controlled.

“All load shedding is to protect the system,” Yelland told Daily Maverick. “It’s better to do it in a controlled way where it is rotational so this way it can prevent bigger problems than if you just let it trip automatically. This way at least reduces inconvenience.”

In early 2019, between February right through to March South Africans were crippled with black-outs as Eskom implemented stage 4 load shedding.

“The power system is constrained due to a number of breakdowns. Apologies for the inconvenience that this will cause,” said former Eskom spokesperson Khulu Phasiwe in February 2019.

In September, there was some speculation that South Africa would once again experience blackouts. However there was assurance by Eskom that this would not be the case.

“Eskom communicated its summer plan on 4 September 2019… where we indicated that while no load shedding is expected over summer, the risk however remains as the system is still tight and vulnerable as we ramp up plant maintenance,” their statement read in September 2019.

Loadshedding on Wednesday coincided with the expeccted long awaited final draft of the “highly politicised” Integrated Resource Plan (IRP) to be tabled before Cabinet for final approval. “So no politician should want this {loadshedding} to happen today,” commented Yelland.

In a statement on Wednesday, the Department of Basic Education said that  it had a contingency plan  in place to accommodate learners who need power to complete their exams.  “We have a backup exam which can be scheduled if there are candidates who are not able to write this exam.” DM

Chanel Retief had to make alternative plans to file this article due to loadshedding at the Johannesburg office.