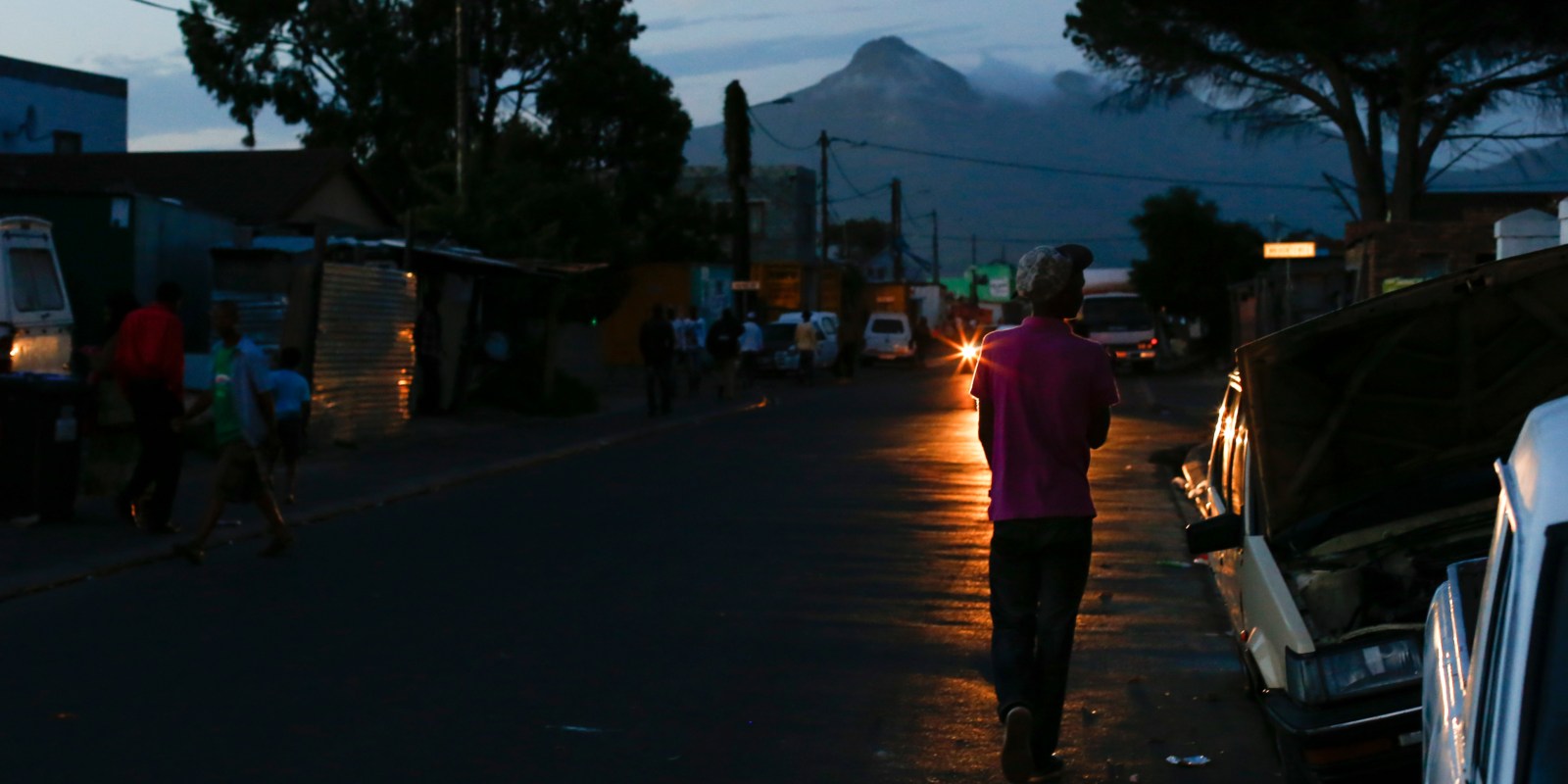 As Eskom cut electricity nationally for hours at a time on Monday, South Africa was reminded that the negative effects of load shedding go far beyond mere inconvenience: chaotic traffic, failing cellphone networks, a dented rand, rotten food, and drastically reduced productivity. In the sudden escalation of stage 2 load shedding to stage 4, meanwhile, many smelled something fishy.

“The power system is constrained due to a number of breakdowns. Apologies for the inconvenience that this will cause.”

This was followed by a warning that there was a “high probability” of load shedding during the week beginning Monday, 11 February as well.

“With the depletion of our water and diesel resources, there is a great likelihood that we’ll start the new work week from a weak operational position,” Phasiwe cautioned.

Monday duly saw stage 2 load shedding implemented across the country. In the morning, Eskom’s senior general manager for demand management, Andrew Etzinger, did the rounds of radio stations to explain why stage 2 cuts were necessary.

Reasons cited by Etzinger on Cape Talk included the lingering effects of State Capture, coal availability, and the fact that the “new build” power stations – such as Medupi – are “simply not coming to the party” in terms of power generation.

“Last week we had a bad week,” said Etzinger. “Technical faults at a number of our power stations occurred simultaneously.”

Asked how long the load shedding was expected to last, Etzinger said that the week was “looking tough”, and that although the parastatal was expecting a number of faulty generators to come back online, he was “not optimistic”.

At no stage, however, did Etzinger indicate that any more extreme form of load shedding than stage 2 would be required.

Fast forward four hours or so, however, and suddenly things had drastically worsened at Eskom.

“Due to continued pressure on the national grid, Eskom will implement Stage 4 load shedding from 13h00 today and is likely to continue until 22h00,” read an Eskom statement.

“Since this morning we have unexpectedly lost six additional generating units which have put additional strain on the system.”

Exactly how six units could fail so suddenly, and so simultaneously, is unclear. Even President Cyril Ramaphosa seemed in the dark. Ramaphosa was reported as commenting, on the sidelines of the African Union meeting he is currently attending in Ethiopia, that the news was “quite a shock”.

“It is reported that there are six units that are down – that is most worrying, most disturbing,” he said.

Eskom’s Phasiwe told Daily Maverick that some of the affected units were at Medupi, Majuba and Grootvlei power stations.

Phasiwe expressed particular frustration over the condition of Medupi.

“A new power station should not be breaking down at the same rate as the old ones that have been around for 40 years,” he said.

The fact that this collapse came so soon after Ramaphosa’s announcement in his SONA speech that Eskom is to be unbundled into three separate parts did not go unnoticed. It did not take long for suspicions of sabotage to be voiced on both sides of the debate.

On the one hand, some commentators suggested that the adversarial stance taken by local unions to the unbundling plans – with upcoming industrial action planned by Cosatu – amounted to a motivation to disrupt the energy supply.

In a statement from the Cape Chamber of Commerce, president Janine Myburgh asked: “How is it possible for six units to go down at the same time? It is just too much of a coincidence and we must ask if this is not another case of sabotage?”

On the other hand, the National Union of Mineworkers (Numsa) was quick to suggest that the opposite incentive also held.

“They want to justify the sale of Eskom to the private sector. They must be STOPPED!” Numsa tweeted.

Energy analyst Chris Yelland, meanwhile, took to Twitter to urge caution before jumping to any conclusions.

“I am reminded of some wise advice from a notable energy sector leader that one should be very careful about attributing something to a conspiracy that which could equally well be explained by plain incompetence,” Yelland wrote.

Phasiwe told Daily Maverick that the parastatal had “no evidence” of sabotage at present.

“This is something which is outside of our ambit. We just want to fix the problem and get South Africa out of this sticky situation,” he said.

Indeed, for ordinary South Africans, the precise cause of Eskom’s failure on Monday seemed less important than its effects. In addition to chaotic traffic conditions as a result of non-functioning traffic lights, there were widespread reports of problems with cellphone networks.

Telkom, MTN and Vodacom all confirmed to Daily Maverick that consumers could expect some degree of disrupted service during load shedding.

MTN spokesperson Jacqui O’Sullivan said that although MTN has invested “heavily” in generators and back-up batteries, the fact that load shedding is taking place on consecutive days means that some batteries are unable to fully recharge in between.

O’Sullivan warned that the current uncertainty around load shedding results in additional strain on the cellphone network, which translates into “increased operational costs”.

A Vodacom spokesperson offered Daily Maverick the reassurance that “when the power is restored, customers are able to catch up on calls and messages which would not have come through”.

Trying to maintain normal business productivity in the absence of both electricity and full cellphone service, however, is far from easy.

The owner of the Iron Lady laundromat in Randburg, who identified himself only as Victor, told Daily Maverick: “We can’t do anything. It depends on how long it will take. If it takes longer, we will not make money on that day since we don’t have a generator.”

Even for small businesses which do own generators, there are constraints on the services which can be offered during load shedding.

Thembani Jubani, manager of the Whippet Café in Linden, told Daily Maverick: “As far as the business is concerned, it becomes a loss in terms of profit because some appliances can’t be used because they consume a lot of energy.”

The damage to the economy at large is estimated at around R2-billion per 13 hours.

Top of the Presidency’s mind, meanwhile, will be the investment drive on which Ramaphosa has staked so much in his first year in office.

“Also, the International Monetary Fund and World Bank have, in previous reports, cited an unreliable power supply as a key structural constraint and impediment to economic growth.”

Daily Maverick asked Phasiwe if Eskom had been on the receiving end of a high volume of angry phone calls on Monday.

“A hundred percent, and correctly so. South Africa does not deserve this,” he said.

Phasiwe added: “If I was not working for Eskom, I would be doing the same thing.” DM