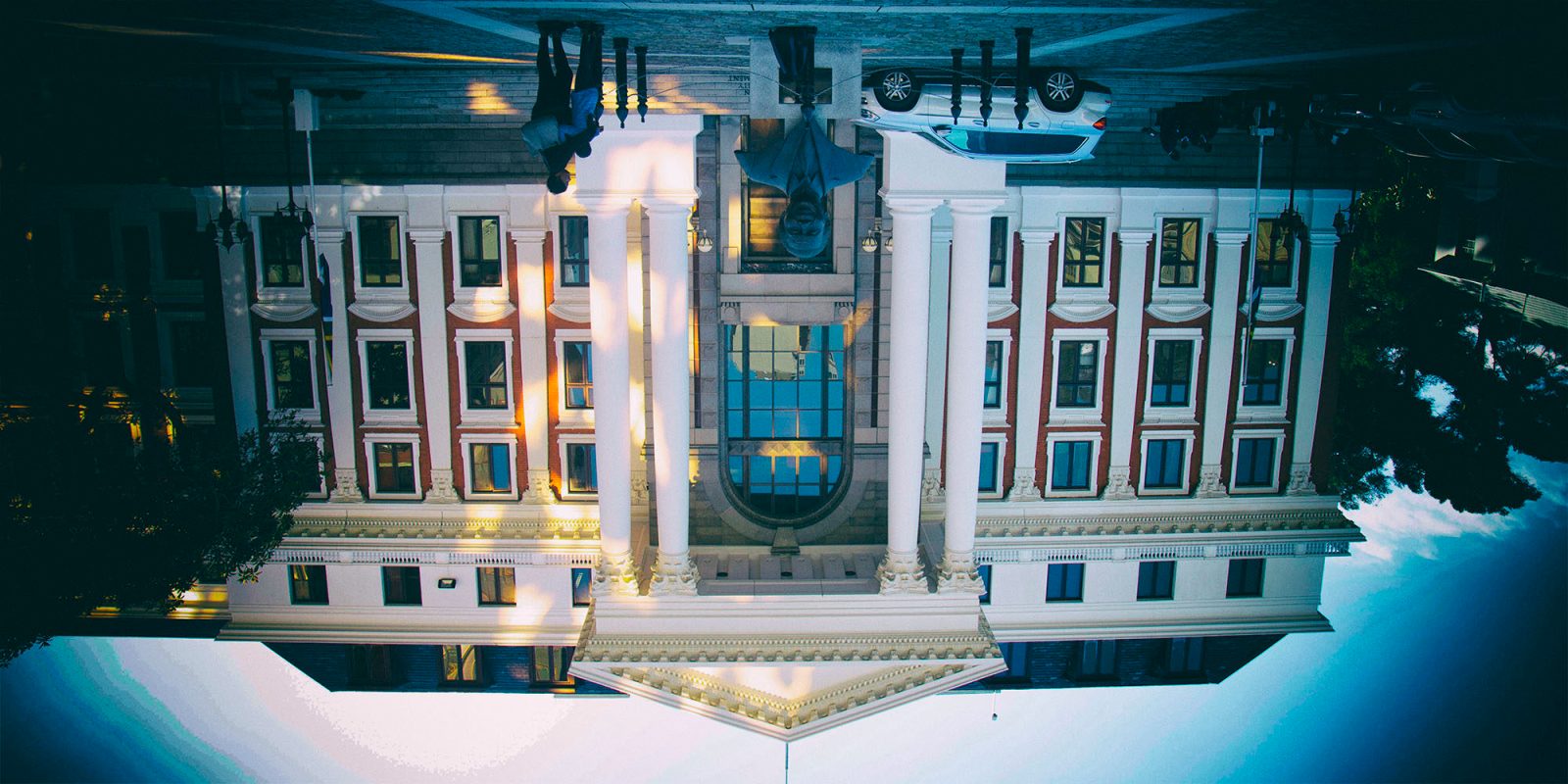 Weeks of recess have cut deep into Parliament’s available time for legislation and oversight even for standing calendar items like the Medium-Term Budget Policy Statement (MTBPS). And Parliament is hurting as benches are depleted of institutional experience and know-how.

Budgetary oversight effectively averages about two hours for each annual report, including financial statements. That’s all the time available to MPs in the run-up to the Medium-Term Budget Policy Statement (MTBPS) on 30 October for the budget review and recommendation reports that are the national legislature’s key Budget oversight tools.

The time crunch emerges from the Z-list, or Parliament’s official schedule of committee meetings, but several MPs have privately acknowledged the pressure while at least one opposition MP raised concerns over the quality of oversight.

On Tuesday the home affairs committee was briefed by the auditor-general, and officials of the department, the Electoral Commission of South Africa (IEC) and Government Printing Works between 9am and 5pm. Given an hour for lunch, that’s four briefings in seven hours. At its next meeting on 15 October the committee will consider and adopt the budget review and recommendation reports, according to the Z-list.

On Wednesday the higher education, science and technology committee deals with the annual reports of the National Research Foundation, the Human Science Research Council and the Council for Scientific and Industrial Research, plus the auditor-general’s overall briefing, in six hours from 9.30am to 4.30pm, less an hour’s lunch. That is effectively an average of 90 minutes for each briefing.

Social development is given a bit more time when it considers the annual reports of the department, the National Development Agency and the South African Social Security Agency over eight hours, including lunch on Wednesday. That’s two hours and 20 minutes each, but according to the auditor-general’s briefing there’s R2-billion in irregular expenditure, which even if it does not necessarily amount to a loss, is a failure to stick to the law when procuring goods and services.

The police committee, which was briefed on the crime statistics from a SAPS PowerPoint presentation — the police’s annual report and its crime statistics addendum were only officially submitted to Parliament on 30 September — is taking a bit more time: 12 hours over two days for all five SAPS programmes from administration to visible policing and detectives. And on Thursday, six hours — or three hours each — have been allocated to the annual reports of the Civilian Secretariat for Police, the constitutional oversight body, and the police watchdog, the Independent Police Investigative Directorate.

Not only was the Budget rushed through in three weeks by the new MPs after the May 2019 election, to meet the statutory end-of-July deadline, it’s now a replay for the annual reports and budget review and recommendation reports process.

Of the 20 weeks since MPs were sworn on 22 May, five-and-a-half weeks have been spent on recess, according to the official programme. That’s not counting Mondays, that are meant to be spent in constituencies, and Fridays when very few, if any, committees sit. It also excludes the two weeks for induction and training held in June and, for some, again in July.

The recesses are by multi-party agreement on the argument that elected public representatives must be on the ground, among communities. It’s an argument that began in early 2018 amid election campaigning pressure, and one that led to an unprecedented 10-week mid-2018 recess for MPs to do their campaigning.

The argument continues to hold across party political lines — the municipal poll is in 2021 — even if MPs by now know how reduced days at Parliament mean a jam-packed programme — with potentially negative consequences for oversight and law-making.

Coincidentally, no formal channels exist for Parliament to be updated on constituency work. That work, while funded through allocations via Parliament, remains the domain of political parties. Parliamentarians report back to their respective chief whips. Seldom, if ever, does constituency work formally find its way into parliamentary proceedings, although DA and EFF MPs seem more ready to voice constituents’ views and voices.

The mix of time pressure due to extended recesses with the inexperience of incoming new elected public representatives is creating the potential for short cuts that could come back to haunt the national legislature.

Most EFF MPs have returned to the National Assembly, alongside 19 new parliamentarians, as have most DA MPs.

In contrast, the ANC cleared 60% of its parliamentary benches — it ditched all but seven of its then 38 committee chairpersons — officially due to criteria for a generational and gender mix, but in reality due to factional jockeying. It was that internal contestation that not only delayed the announcement of committees, but also ensured ANC Secretary-General Ace Magashule gained the upper hand to deploy former ministers and deputy ministers of the Jacob Zuma presidency and MECs as committee chairpersons, including Faith Muthambi (co-operative governance committee), Mosebenzi Zwane (transport), Bongani Bongo (home affairs) or ex-North West premier Supra Mahumapelo, now tourism committee chairperson.

Committee chairpersons set the tone for a committee and some curious developments have taken place.

The co-operative governance committee, for example, on Tuesday sat at the departmental head office in Pretoria in what was styled as an “oversight visit” in an official statement signed off by Muthambi. But the Department of Co-operative Governance failed to table its annual report and audited financial statements by the statutory deadline of 30 September. Its annual report was never part of the official committee programme; yet this parliamentary co-operative governance committee meeting in Pretoria had been styled as “oversight visit” in an official committee statement.

And Mahumapelo, in a move more reminiscent of how a premier may do things, has launched a tourism legislative oversight forum, to meet quarterly.

“It is part of the ‘Triple R (rebranding, repositioning and renewal)’ philosophy of the committee, which is meant to strengthen tourism at local government level and to encourage greater synergy and co-ordination with other government departments. This will ensure that all tourism initiatives receive support from sister government departments,” Mahumapelo said in an official parliamentary committee statement in mid-September.

Committee chairpersons direct committee proceedings, even when this leads to bizarre situations such as a National Council of Provinces (NCOP) committee being briefed over two days on seven draft laws that are not before it.

When Parliament rose for the May 2019 elections, all business before both the National Assembly and the NCOP lapsed, including more than 40 draft laws in various stages of the legislative pipeline.

That doesn’t mean it’s all lost, but it does mean there must be a motion in the House to revive matters. In September, the programming committee requested Deputy President David “DD” Mabuza, in his capacity as Leader of Government Business, or liaison between the executive and Parliament, to say which legislation should be revived. Daily Maverick understands that list has been compiled and will be submitted for discussion as soon as Thursday.

But with regard to the seven bills the NCOP justice committee wanted to be briefed on, on Tuesday, that hasn’t actually happened. The committee writing a letter to NCOP Chairperson Amos Masondo requesting these draft laws be revived doesn’t cut the mustard.

“We are just going through the motions of getting briefings.”

Committee chairpersons also control the extent to which MPs can ask questions. Officials grilled with uncomfortable questions just six months ago must be smiling these days. MPs questions are at best mild, and at worst inane.

One would have thought that with an annual income package of more than R1.1-million for an ordinary parliamentarian, it could be expected they read up on the subject matter. Not necessarily so. Privately, several ANC MPs have acknowledged that a better-prepared and better read-up opposition runs circles around them.

Instead, on occasion ANC MPs have drawn officials’ attention to the idea of limiting publication of what they say in public committee meetings, as did ANC MP Kenneth Morolong on 4 September, when several committees met over the Steinhoff saga.

“Be careful, this meeting is broadcast. I’m requesting information is not disclosed,” he said then.

In addition, at least two committees have since July tried to close proceedings. On both occasions, the Joint Standing Committee on the Financial Management of Parliament on 11 September and the defence committee on 12 September readmitted journalists and the public after internal discussions.

Special permission to close a committee meeting must be obtained ahead of time from the presiding officers. Section 56 of the Constitution stipulates that parliamentary proceedings must be open and in public.

“The National Assembly may not exclude the public, including the media, from a sitting of a committee unless it is reasonable and justifiable to do so in an open and democratic society.”

All these snafus could just be part of a learning curve. But as the pressure of annual report scrutiny and the MTBPS-linked budget review and recommendation report process is showing, that learning curve must be accelerated.

Otherwise, questions will follow sooner or later over the quality of parliamentary oversight. DM