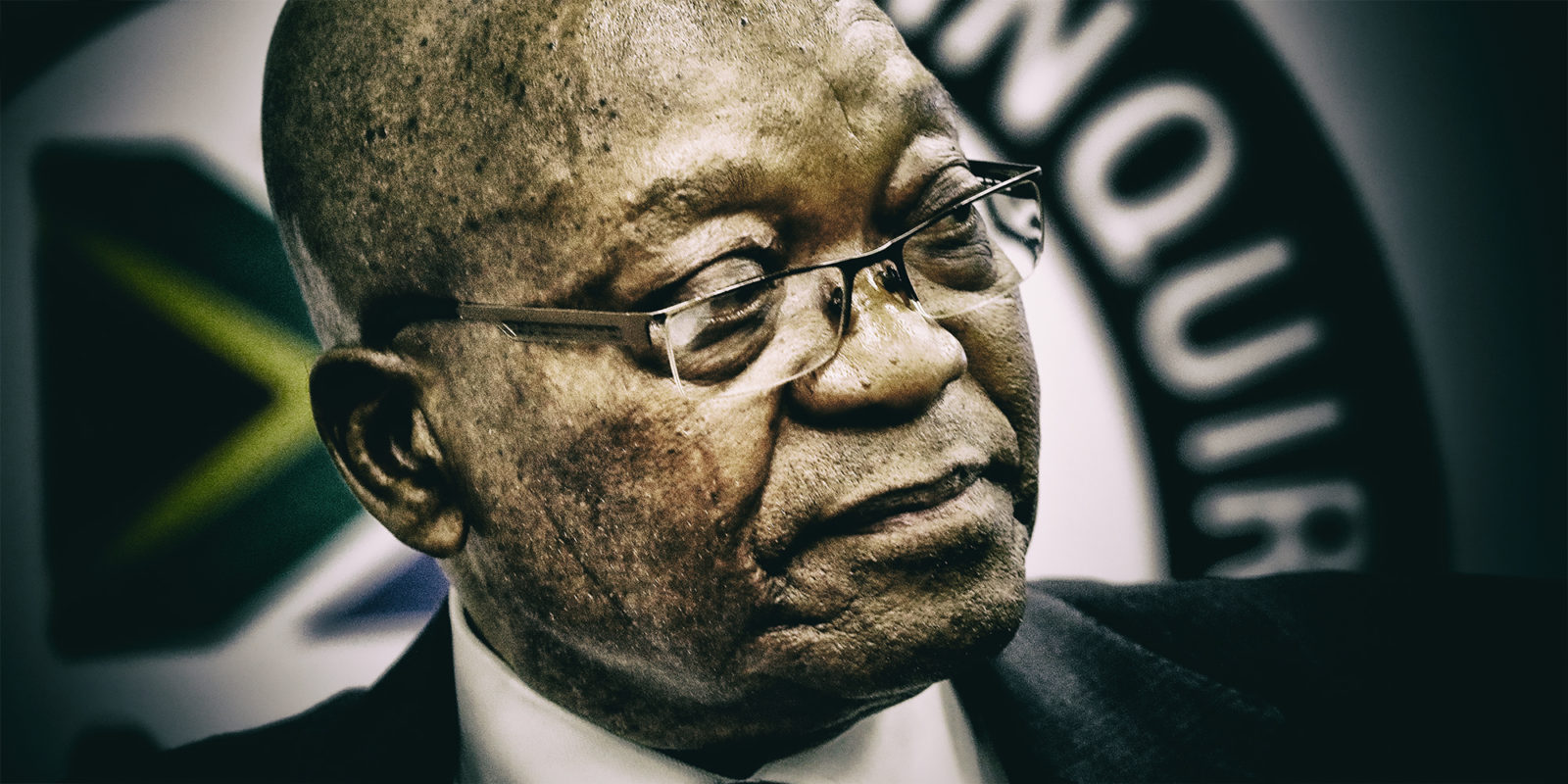 Former South African President Jacob Zuma during the third day of testimony at the Commission of Inquiry into Allegations of State Capture, Johannesburg, South Africa, 17 July 2019. Former president Jacob Zuma made an appearance at the state capture inquiry that has been set up to investigate allegations of 'state capture'. EPA-EFE/KIM LUDBROOK / POOL

Former head of state’s second appearance at the Zondo Commission of Inquiry already cloaked in controversy. The media gets a stern judicial lecture.

“The fact of the matter is that the commission has not sent Mr Zuma’s legal team any questions,” said Judge Raymond Zondo as he opened proceedings on Tuesday, 7 October to dispute media reports that the State Capture commission’s legal team had sent questions to the former president Jacob Zuma ahead of his next appearance.

“There is an 11-page document that was sent by Mr Paul Pretorius (the Commission’s head of legal) to counsel for Mr Zuma – that document contains areas of interest in the various affidavits that had been previously been given to Mr Zuma as the affidavits from which questions would arise,” said Zondo, disputing that this amounted to giving him the questions.

The 11-page document, which Zondo has ordered to be publicly released so his point can be proven, is now a power play. Zuma’s team regard him receiving questions as taking a point from the commission. The former head of state’s lawyer, Daniel Mantsha, has previously said that the failure to give his client questions ahead of his dramatic and difficult July appearance showed bias from the commission.

By now putting the document into the public domain with the spin that it contained questions rather than the “areas of interest” Zondo claims, gives Zuma a quick win with his strategy against the State Capture inquiry.

Zuma is likely to appear before the commission in November but no dates have been confirmed as yet.

Media caught in the middle

The highly regarded legal journalist Karyn Maughan broke the story about the Zuma “questions” in Business Day last week and Zondo clearly took issue with its interpretation of whether or not the 11-page document amounts to questions.

“I think the media must realise that when they don’t check their facts properly or when they do things that are difficult to understand to the ordinary reader that might give rise to all sorts of suspicions and we don’t need any unnecessary suspicions to be associated with media which plays an important role and we need their rights to be respected. We would like to be able to know that they do their job with the necessary professionalism,” Zondo asserted.

The judge also referred to a Sunday Independent report that the commission’s head of investigations, Terence Nombembe, was tipped for the role of national director of public prosecutions without the newspaper checking that he could not be so tipped because he is an auditor and not a lawyer. Zondo also said that a few television reports had said the commission had agreed to give questions to Zuma but these reports had been corrected. DM