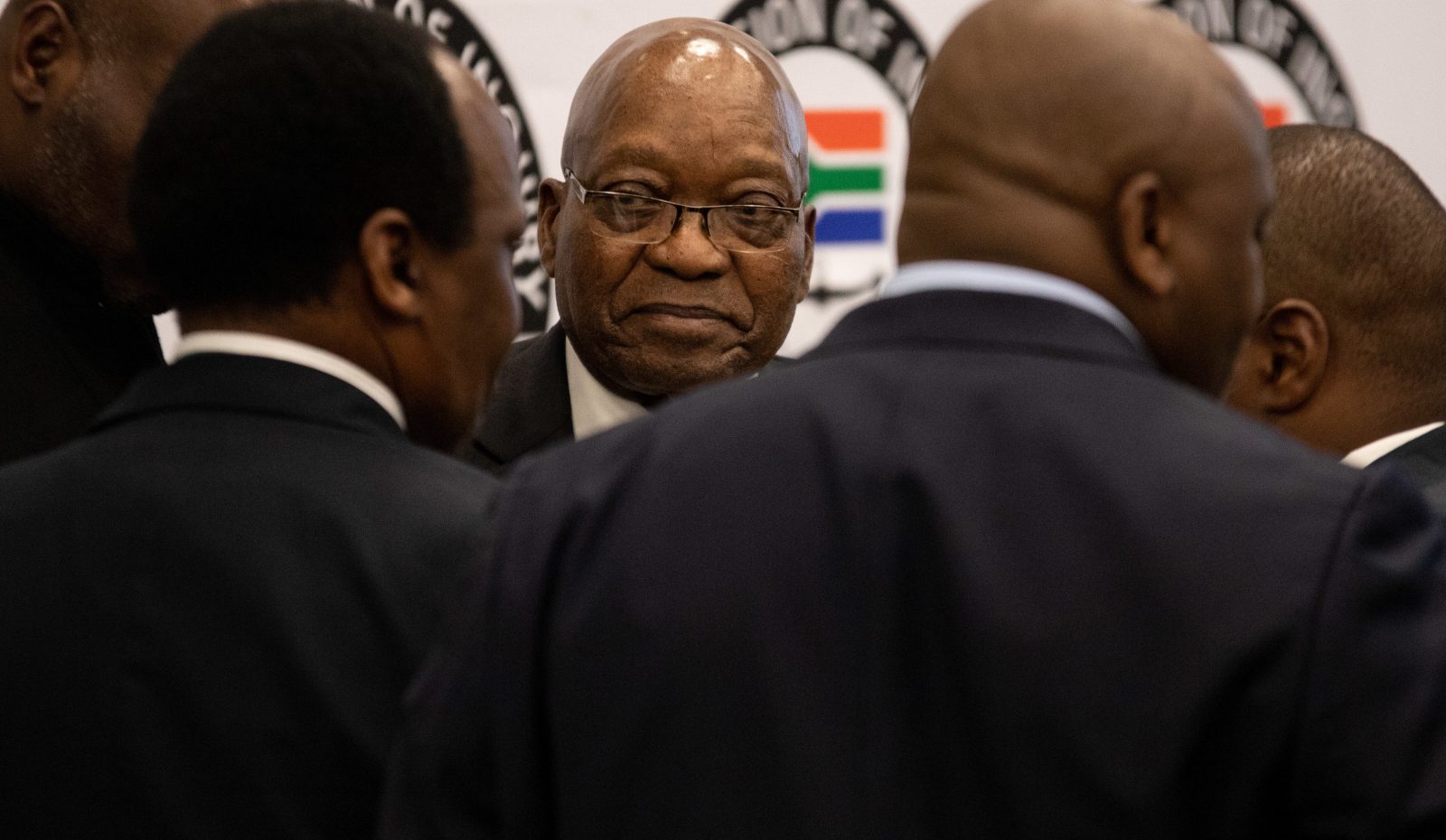 A swiftly-struck deal between lawyers for the State Capture Commission and those of Jacob Zuma has put to rest – at least for now – a threat of court action over the former president’s appearance at the inquiry.

In a deal that has seen the State Capture Commission somewhat relenting to a request by Zuma that he be furnished with specific allegations for his appearance, he has now committed to continue his participation in the inquiry after his lawyers threatened to pull out on Friday.

The former president had been invited to appear for five days this week to address serious allegations emanating from the testimony of nine other witnesses – including former and current Cabinet ministers, Gordhan, Nene, Barbara Hogan, Ngoako Ramatlhodi, and former government spokesman, Themba Maseko, who revealed details of an alleged telephone call in which Zuma had asked him to “help” his friends, the Guptas.

He is also meant to be “examined” by the commission on claims by former ministerial adviser, Sam Muofhe, who testified that Zuma had offered him the post of the country’s National Director of Public Prosecutions and former Bosasa bribe-packer, Angelo Agrizzi.

But Zuma’s scheduled five-day session in the witness stand was stopped on Wednesday when his lawyers argued that he was being cross-examined, and not treated as a witness of the commission.

After threatening to withdraw and “explore” court action on Friday, the parties met privately with chairman, deputy chief justice, Raymond Zondo, to formalise an arrangement designed to ensure that the show goes on.

Justice Zondo announced the outcome of those deliberations and confirmed that the commission had relented to an earlier request by Zuma that he be furnished with “specific detail” in order to prepare for his testimony.

Thereafter, Zuma will provide, through his lawyers, statements regarding those issues, Justice Zondo said.

Obtaining a version from Zuma to the allegations is significant because up until now, he has argued that none of the witnesses has implicated him.

As such, he did not put forward versions of his own which would usually enable the commission to cross-examine him.

Friday’s arrangement came on the back of complaints by Zuma’s senior advocate, Muzi Sikhakhane, that he could not ethically allow his client to continue his appearance at the commission.

“I think there is something wrong. I am pleading with you to check if your process have not become a political process where the left hand does not know what the right hand is doing,” Sikhakhane urged Justice Zondo.

He said the decision to appear was that of Zuma who did not want to be seen as “defiant”.

But, Sikhakhane said that he could also not allow things to continue so that Zuma could be walked into Kgosi Mampuru Prison.

Citing alleged procedural deficiencies and unfairness among the key reasons for the decision to suspend Zuma’s testimony, Sikhakhane said the view of Zuma’s legal team was that the rules of the commission must be weighed up against his constitutional rights.

Although they did not succeed in securing this ahead of his appearance, the deal on Friday now in fact provides for this.

Sikhakhane also criticised the commission’s approach to Zuma in respect of the manner in which he had been brought there.

Zuma arrived at the invitation of Justice Zondo and Sikhakhane said while they were not told in terms of which rules he had to appear, the commission’s legal team had attempted to invoke various rules once they had him in the witness box.

Said Sikhakhane: “Our client was being treated as an accused, from the beginning.

“Everyone who came here has had a grievance about Zuma.”

Zuma, he said, had sat back and waited to be treated like all other witnesses, “just like you treated Nene and Gordhan”.

“This animal called corruption is amorphous. We don’t know who is corrupt. We are investigating. The assumption is that some are innocent, and some are not.”

Zuma had opened proceedings on Monday with a lengthy opening speech about a claimed nearly 30-year0long campaign against him by political adversaries.

On Friday, he closed it with a brief one, thanking Justice Zondo for his “intervention” that allowed for a review of the management of his appearance.

“Everyone has the right to raise concerns. No one should have the wrong impression that raising those was done to disrupt the process.”

He said he had raised genuine concerns that needed to be looked at to allow the commission to move to finality with his “contribution”.

The commission resumes on Monday when it is scheduled to deal with matters relating to the Estina dairy farm. DM