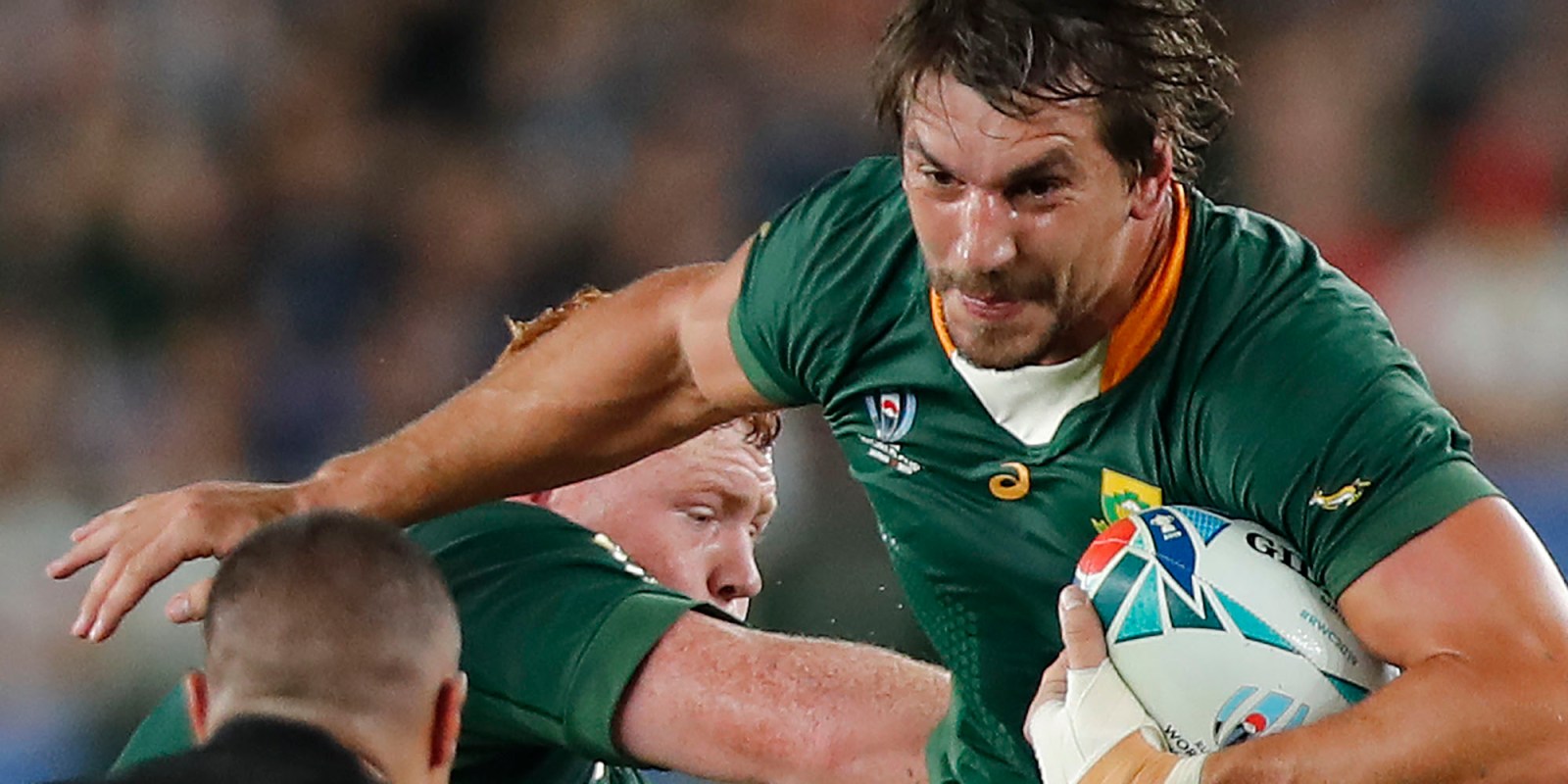 Since 1995, Rugby has united South Africans. After we hosted and won the Rugby World Cup that year, it seemed we were set to begin healing the terrible scars of apartheid. But with the recent allegations of racism hovering above Springbok lock Eben Etzebeth, it seems the once-great unifier may become the great divider.

For some, Tuesday’s World Cup game against Canada brought back a sense of nostalgia, for others the allegations against Springbok lock, Eben Etzebeth, cast a dark shadow over South Africa’s beloved sport.

The calls for Etzebeth to return home and face the music after the Human Rights Commission opened an Equality Court case against him have been growing.

The ANC in the Western Cape sent out a statement on Monday saying that the South African Rugby Union should recall Etzebeth from the World Cup “immediately”.

“This is abhorrent behaviour from someone who wears the national jersey,” the statement read, referring to further allegations that the racist incident where Etzebeth apparently assaulted a group of coloured men outside a Langebaan bar was not an isolated one.

Western Cape Provincial Convener, Lerumo Kalako, who issued the statement, said witnesses have claimed that Etzebeth and some of his friends and family members – known as the “Wolf Pack” gang – have regularly “terrorised” members of the Langebaan community.

The Western Cape ANC, however, says it still supports the Boks – just not Etzebeth.

HRC Commissioner, Reverend Chris Nissen, told Daily Maverick that the commission is also still “backing the Boks” and is not demanding that Etzebeth be recalled.

“We say that he should play and be there,” he said.

When asked whether the Etzebeth debacle was dividing the nation, Nissen felt that this was not the case:

“You’ll find that in this country, we have different groupings supporting different sporting codes and different clubs, so I don’t think it’s divisive.”

Meanwhile, a video that circulated on social media of a “group hug” that seemed to exclude black Springbok wing Makazole Mapimpi after the Springboks won against Italy on Friday has caused a further stir.

Mapimpi took to social media to explain that the hug was a ritual only done by bench players known as the “bomb squad”.

He concluded the video by saying: “I saw the hug and realised it wasn’t something I should participate in, otherwise, [the Springboks] are united.”

A few members of the public expressed their distaste on Twitter that Mapimpi was the one to explain the incident, without the support of the rest of the team. More so, some were upset that a video was made regarding this incident but Etzebeth had said little about the allegations against him.

This is all taking place against the backdrop of Siya Kolisi’s captaincy: the first black Springbok player to lead the team, and their bold World Cup slogan saying they are #StrongerTogether.

But a “white-black” racial divide is still a point of contention for the sport, it seems.

Author and journalist, Pieter du Toit, came out in “defence of the Springboks” in a piece published on News24 on Monday. He referenced the uproar over Mapimpi’s exclusion from the Bomb Squad celebration, inferring that those who wanted to see racism would do so despite any counterevidence:

“The team, the sport and the players were attacked as being racist to a black player, even after Mapimpi explained the context of events on his Twitter account. Context, team dynamics, team culture, the sport’s traditions … nothing could sway those who wanted to attack the sport and the team.”

SA Rugby’s internal investigation into the allegations against Etzebeth are “ongoing”, according to SA Rugby spokesperson Andy Colquhoun, who gave Daily Maverick a brief comment during half-time of the SA versus Canada game on Tuesday.

He could not comment on whether Etzebeth’s pending case was a dividing factor for the country or the team. DM