To split or not to split: The DA’s (and the ANC’s) dilemma 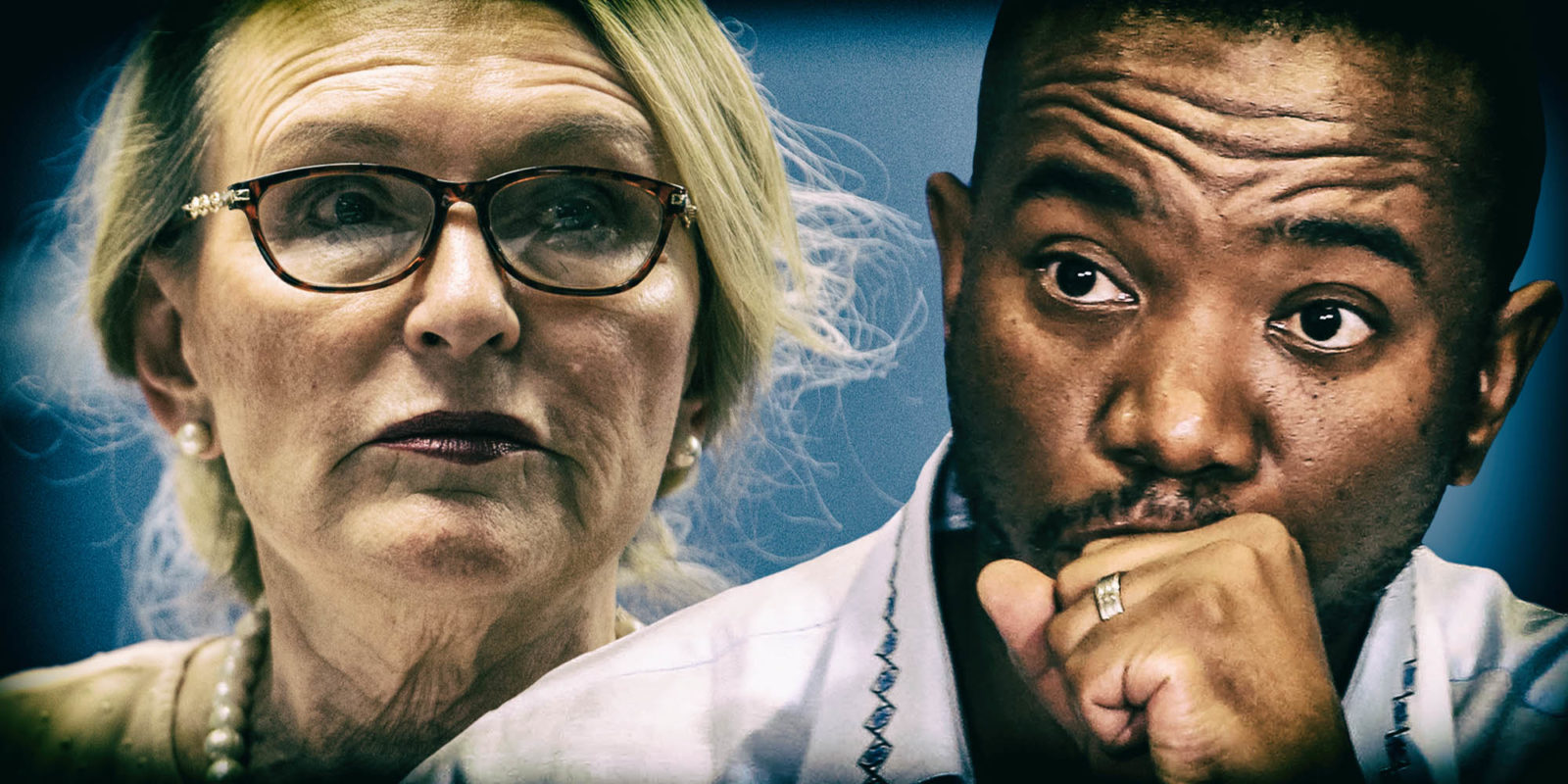 Developments over the weekend highlighted tensions in the DA, which could split up before the ANC.

The possible re-entrance of Helen Zille into a DA leadership position will be interpreted by many as undermining of the party’s leader, Mmusi Maimane, and will fan speculation that the DA is about to split. At the same time, there is the perennial question of whether tensions within the ANC are so high that fracture in that party is also on the cards. But it would be foolish to underestimate the dynamics that keep these two parties together and could keep them intact for some time.

Zille’s decision to contest the position of federal chair in the DA is likely to be seen by many voters as a pointed challenge to the leadership of Maimane. She herself has spoken about principle and requests from DA members for her to make herself available, but voters may not see it like that. Instead, it will be painted, by the ANC and many others, as if the older white woman has to come back to “rescue” the party from the younger black man.

The DA, like many other organisations, finds racial dynamics difficult to deal with. One of the most dangerous dynamics is the apparent polarisation between people of different identities. Some blame the ANC (and former president Jacob Zuma) for this, but there are other factors too. The re-entrenchment of racialised inequality since 1994, the lack of leadership, the rise of social media and international trends around identity all play a role.

Even the ANC, which has played such an important role in making non-racialism a central feature in SA politics, battles with racial dynamics.

When discussing possible splits it should not be forgotten how similar the ANC and the DA are. One of the biggest causes of the tensions in both parties is that they have lost significant political support over the past few years. If they had increased their share of the vote in May this would not be happening. But the loss of support puts them under pressure, there are fewer patronage positions to go around, and tensions emerge.

While there have been many conversations about what would happen if the ANC should split, a major fracture has not occurred – yet (however, one should not forget that the ANC has had breakaway factions over the years: the UDM, COPE and the EFF all come from the ANC).

But it now seems possible that the DA might split first.

How would this split take shape?

The easy assumption is that the party would split almost exclusively along racial lines, that there would be a “black” DA and a “white DA”. Of course, it wouldn’t be as simple as that. It is likely that different people would go different ways, with some claims around race. So, for example, it is unlikely that Gwen Ngwenya would back a Maimane-led DA, while Ghaleb Cachalia has already made no bones about his support for Zille.

That said, the two “DAs” could lead to interesting changes in our politics.

One of the complaints voters have expressed about the DA is, “It doesn’t know what it stands for.” Is it for or against black economic empowerment and affirmative action? Breaking apart the party might lead to two organisations that are much clearer about what they stand for. There would be two leaders who don’t need to attract such wide constituencies and would be freer to speak their minds.

This might mean you have one party able to regain those voters who voted for the Freedom Front Plus in May and another that campaigns against foreign nationals (as Johannesburg mayor Herman Mashaba might like to do).

This could put the ANC under more pressure. It would need to respond to two parties coming from different angles. And there is a chance that a “black DA” would be more effective at getting votes from former ANC voters.

The structure of our political system, using proportional representation, is important. It is designed to give a voice to almost everyone and you have to vote for a very small party for your vote not to count (although those who voted for the Black First Land First party, Hlaudi Motsoeneng’s outfit and the South African Capitalist Party all managed to achieve that).

The dynamics within the DA are not taking place in isolation: just last week the SACP openly discussed campaigning with the ANC in some municipalities and campaigning against it in others.

This suggests we could be entering a period of splits, coalitions and fractures.

The biggest variable is the ANC. If one faction is able to consolidate power that would bring this era to a quick end. But if it is not, we could be at the start of something unprecedented for South Africa.

All political parties have their tensions, yet there are good reasons why they stay together. They already have political power and are often still the best vehicle to attain political power for those within them. If you have worked hard for years to attain a particular position or to amass support within a political party, it is difficult to throw that away. That is one reason why the ANC has survived for so long, despite obvious tensions. It is also a huge risk to go on your own. The history of parties that have succeeded after splitting from other parties is dwarfed by the many tales of those who overreached.

As a result, parties can withstand powerful internal tensions. It is entirely possible for peace to suddenly break out in the DA and for everyone to go home to fight another day. DM