Packing for Perth: Skills flight is a reality, and we must plan for it 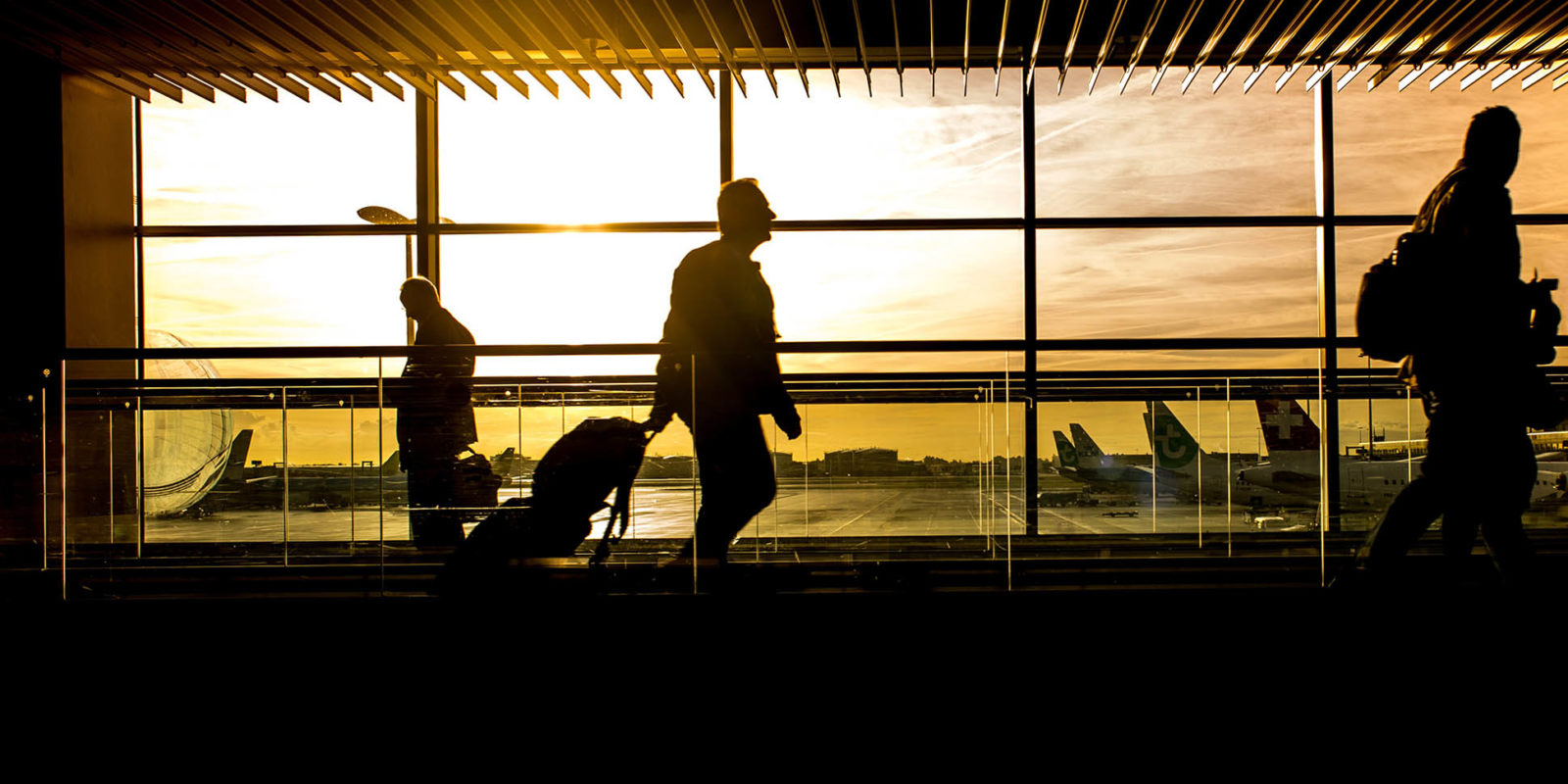 South Africa must recognise the extent of emigration and its impact and respond appropriately, says the writer. (Photo: PxHere)

We must recognise the extent of emigration and its impact. All the indications are that emigration from South Africa will accelerate. As a consequence, South Africa is an attractive destination for skilled immigrants and this attraction is likely to increase.

David Buckham, in his article “Are skilled, white South Africans really emigrating at an accelerating rate?” (Daily Maverick 1 October 2019), assumes that skilled emigration is a white phenomenon. It is not. A significant and growing proportion of South African skilled emigrants are black.

In sharp contradiction to the data that he himself cites, Buckland claims “There is no indication in the primary data sources that the rate of emigration is accelerating…”

The major destinations for South African emigrants can be divided into three categories: the five large English-speaking countries – UK, US, Canada, Australia and New Zealand (the so-called “Big 5”); the United Arab Emirates (UAE) – “the Gulf”; and other developed OECD countries. In 2000, there were an estimated 435,000 South African residents in these three country categories. The best estimate for 2017 (extrapolating from earlier data in a few cases) is that the total number increased by almost 90% to some 820,000. These figures are for the total number of South Africans living overseas — emigration net of return migration.

With the exception of only two years, 2011 and 2014, which registered very small declines, there has been a steady net growth in the number of South African emigrants recorded in all three country categories since 2000. There has been a particularly strong increase since 2015. More than 60,000 South Africans emigrated between 2015 and 2017.

The number of South African emigrants: 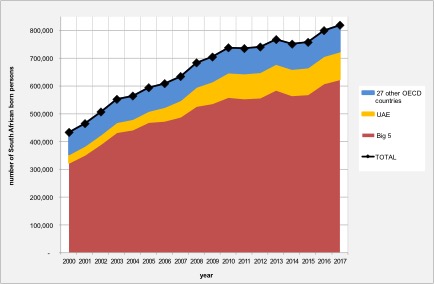 Are we likely to see a further acceleration in emigration? Here we are on less firm ground. However, there are important indications.

The first is that a number of agencies that manage immigration in key destination countries, such as Australia, are reporting significant increases in inquiries from South Africans looking to emigrate.

The second is that estate agents are reporting sharp increases in the number of house sales where sellers cite emigration as the reason for selling. According to the FNB Estate Agents’ Barometer, the number of South African home sellers who cite emigration as the reason for placing their property on the market nearly doubled from 7% in the fourth quarter of 2017 to a 10-year high of 13.4% in the second quarter of 2019. There is a significant increase in respect of all price categories.

But, perhaps the number of emigrants does not matter? Buckland claims that “when skilled employees resign from a firm, their positions are rarely left unfilled. Indeed, their positions are often filled by other upcoming skilled professionals who are finally being given the opportunity to contribute to the South African economy, and who will undoubtedly pay their taxes…”

This might be true if South Africa had an abundance of skills. But, South Africa is at the very opposite end of the spectrum. There are no qualified replacements for those who leave. If replacements can be found at all, they are acquired at the expense of skills that have been employed elsewhere. Shortages of skills bite everywhere. Shortages of teachers cripple schools; shortages of skilled doctors and nurses cripple hospitals; when a business closes because the owner emigrates, is there another business waiting in the wings ready to take its place?

Moreover, emigration is not only about the number of people who emigrate. There is also a question of quality. It is the more ambitious and adventurous who are most likely to emigrate.

We must recognise the extent of emigration and its impact. We must then respond appropriately. Emigration exacerbates the skill shortage in South Africa and the accompanying high levels of remuneration for those with skills. All the indications are that emigration from South Africa will accelerate. As a consequence, South Africa is an attractive destination for skilled immigrants and this attraction is likely to increase.

The Treasury discussion paper Economic transformation, inclusive growth, and competitiveness: Towards an Economic Strategy for South Africa calls for the easing of immigration regulations for individuals with tertiary education as a means to address the skills constraint.

Recognising the extent of emigration and its impact on the skills shortage is to make a virtue of the vice. Emigration significantly reinforces both the need and the potential for South Africa to attract skilled immigrants. DM

David Kaplan is Professor Emeritus in the School of Economics at the University of Cape Town. More detail and analysis on South African emigration is available here.