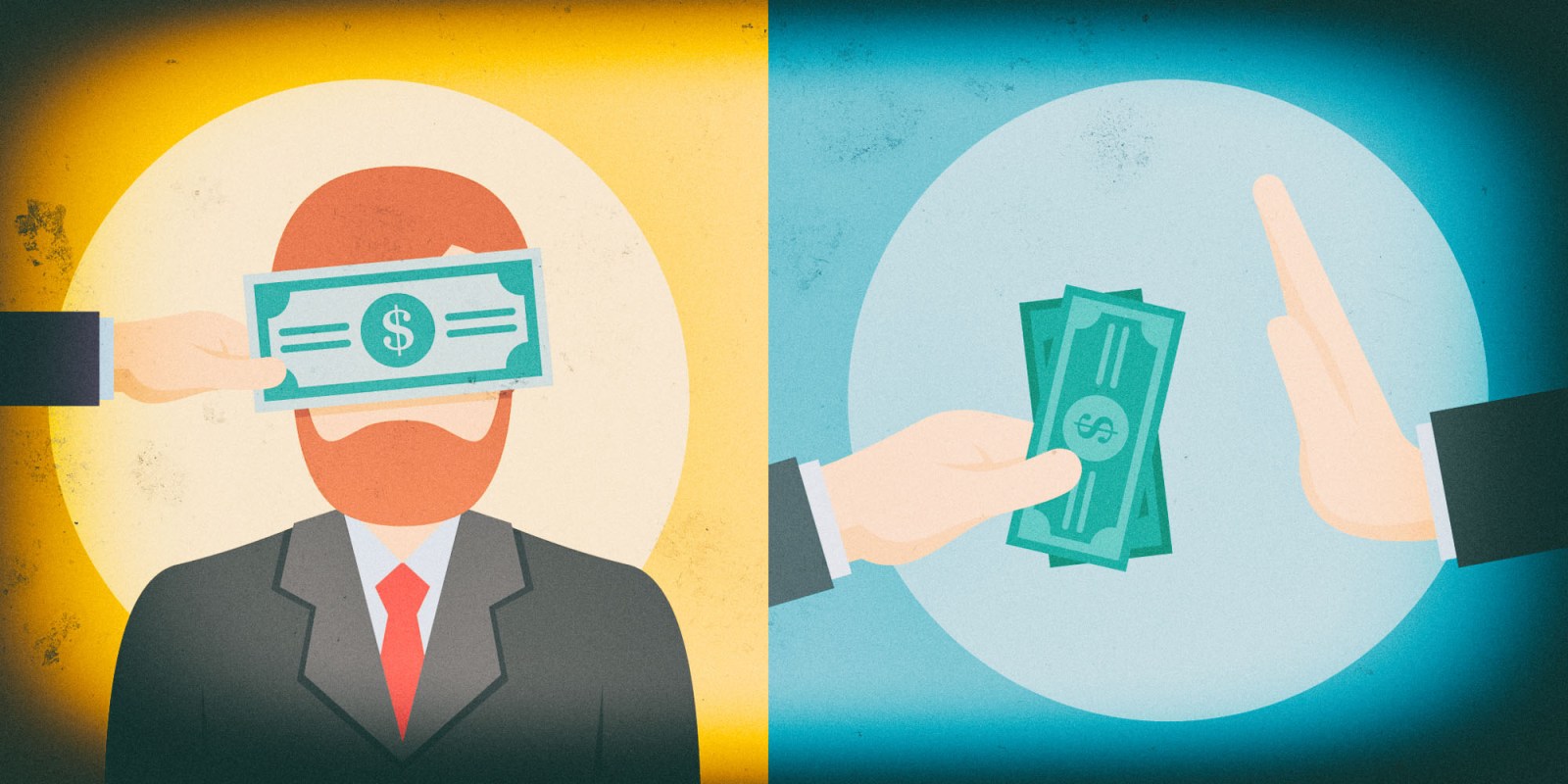 Corruption is rampant in the health sector, often leading to civil society groups pressuring the government to take action. On Tuesday, President Cyril Ramaphosa launched an initiative that brings them together to fight against graft.

Civil society groups SECTION27 and Corruption Watch are often at loggerheads with the government, but a new initiative will see them work together with the authorities to combat corruption in the health sector.

President Cyril Ramaphosa launched the Health Sector Anti-Corruption Forum on Tuesday at the Union Buildings. The forum aims to facilitate the collaboration between civil society groups to prevent and combat corruption in the aim of improving healthcare services.

Ramaphosa said there was a “fundamental disconnect” between the government’s health budget and the services available. His administration’s goal of providing universal healthcare through National Health Insurance would suffer if corruption is not curbed, he added.

“We must ensure that the pool of funds that is earmarked to ensure universal access to quality healthcare is not wiped out through fraud and corruption, and in this regard, this forum will play a critical role,” said Ramaphosa.

“It has the potential to fundamentally transform our approach to corruption not only in health, but across many parts of the state and across the society,” he added.

The health sector loses an estimated R22-billion to corruption each year, R14-billion of which the Special Investigating Unit (SIU) is currently trying to recoup, the forum heard.

“This Anti-Corruption Health Sector Forum has really been formed as a response to the outcome of the Presidential Health Summit. We immediately got down to work and did the risk-based approach to corruption vulnerable sectors,” said SIU head Andy Mothibi.

The forum was launched on Tuesday but has been operating for almost a year since the October 2018 Presidential Health Summit. The summit heard that the health sector is vulnerable to corruption due to the large number of goods procured and money is siphoned away from services through fraudulent orders, tender irregularities, bribery, overpricing and political interference.

The forum has already been investigating cases of corruption related to Remunerative Work Outside Public Service (RWOPS), ground and air ambulance contracts in North West and Free State, and allegations involving the Health Professionals Council of SA and Council for Medical Schemes (both organisations are part of the forum but recuse themselves from conversations regarding the allegations).

“Inasmuch as collaboration between many stakeholders was, to put it diplomatically, not optimal in the recent past, I’m very pleased to say with the SIU and many other colleagues that are here we have certainly enhanced collaboration, which actually gives me the hope that these kind of initiatives have the opportunity to succeed,” said Batohi.

She thanked the president for increasing the NPA’s budget recently but said the Hawks “have a very, very, very big capacity problem”. Batohi said the Hawks need more staff to investigate corruption in the health and other sectors.

By incorporating civil society groups, the forum will help overcome some of those capacity problems.

Its steering committee meets once a month for various members to present prima facie cases or preliminary investigations into corruption in the health sector and discuss ongoing investigations. Groups such as SECTION27 and Corruption Watch that have extensive histories of gathering and investigating allegations in the sector can now take cases straight to the forum where they can be passed to the authorities or sent back with recommendations for further investigation.

“The fact that the forum pulls resources from various organisations means no one organisation is burdened with doing all the work,” said SECTION27 attorney Nkuleko Conco, who sits on the steering committee.

Corruption Watch executive director David Lewis said the SIU is taking a leading role in tackling corruption, exemplified in the health forum, which he said was characterised by its businesslike and practical manner rather than grandstanding.

SECTION27’s executive director Umunyana Rugege welcomed the launch of the forum and said her organisation prefers to work with, rather than against, the government, despite often having been pushed to litigate against the state.

“Our job is to continue to blow the whistle where we see violations of the law and where we work with communities that are trying their best to engage with the state and often come to us to engage about these violations,” said Rugege. DM