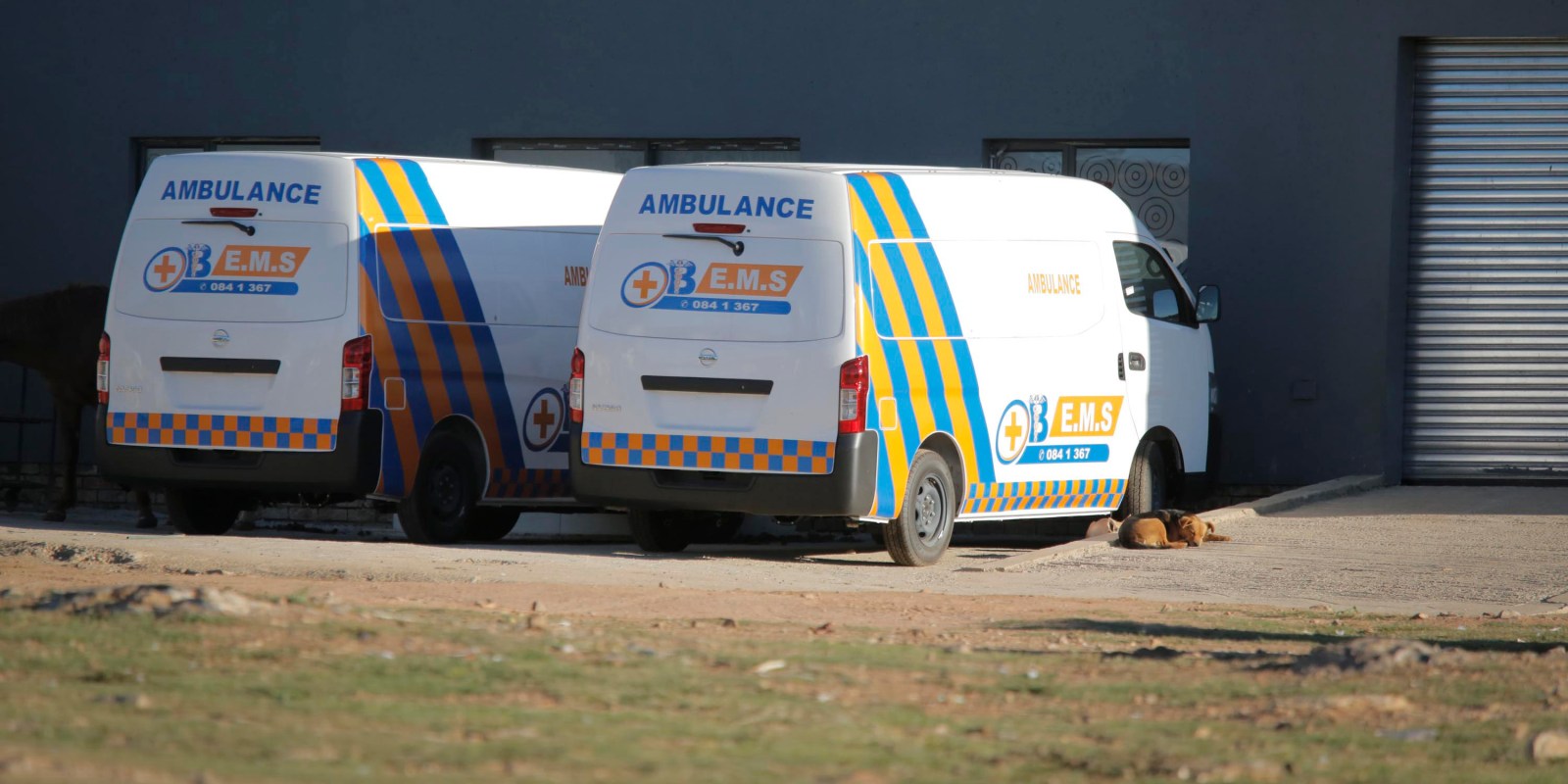 Buthelezi EMS’s ambulances on a smallholding in Eikenhof in the south of Johannesburg waiting to be branded.

In a move that will finally turn the spotlight on the lucrative ground and air ambulance contracts in the Free State and North West, President Cyril Ramaphosa has given the Special Investigating Unit the green light to start digging.

The SIU will investigate contracts between the Free State and North West Departments of Health and the controversial private ambulance company Buthelezi EMS. This is according to proclamation 42 of 2019 published in the Government Gazette.

Last year then Minister of Health, Dr Aaron Motsoaledi told Spotlight that in terms of medical need there is no debate at all and that Buthelezi EMS are not adding value and that they are in fact causing more problems. He also said that it is not national policy to use private service providers for emergency medical services.

This followed on Spotlight’s Health4Sale investigative series that, amongst others, exposed the misuse of HIV funds to pay Buthelezi EMS in the North West, evidence of extreme overcharging in both the North West and Free State, various tender irregularities in both provinces, a suspect price increase in the Free State, and allegedly poor quality of service in the ground ambulance operations in both provinces.

Spotlight understands that since the information has become public the North West Department of Health has virtually ceased to use Buthelezi EMS for inter-facility transfers and has been attempting to recoup some of the money that was paid due to overcharging.

There is also a good chance that the SIU investigation will expand to Mpumalanga and Limpopo where a provision in the Public Finance Management Act was controversially used to “piggy-back” on the Free State’s aero-medical contract with Buthelezi HEMS.

The SIU will, among others, investigate whether there was “maladministration in connection with the affairs of the FSDOH and the NWDOH”, “improper or unlawful conduct by employees or officials of the FSDOH and the NWDOH” and “unlawful appropriation or expenditure of public money or property”. They will also focus on “any related unauthorised, irregular or fruitless and wasteful expenditure incurred by the FSDOH, the NWDOH or the state.”

It will also investigate “any unlawful or improper conduct by employees or officials of the FSDOH and the NWDOH, respectively, or applicable service providers, or any other person or entity” in relations to the allegations. DM