WIN SOME, LOSE SOME 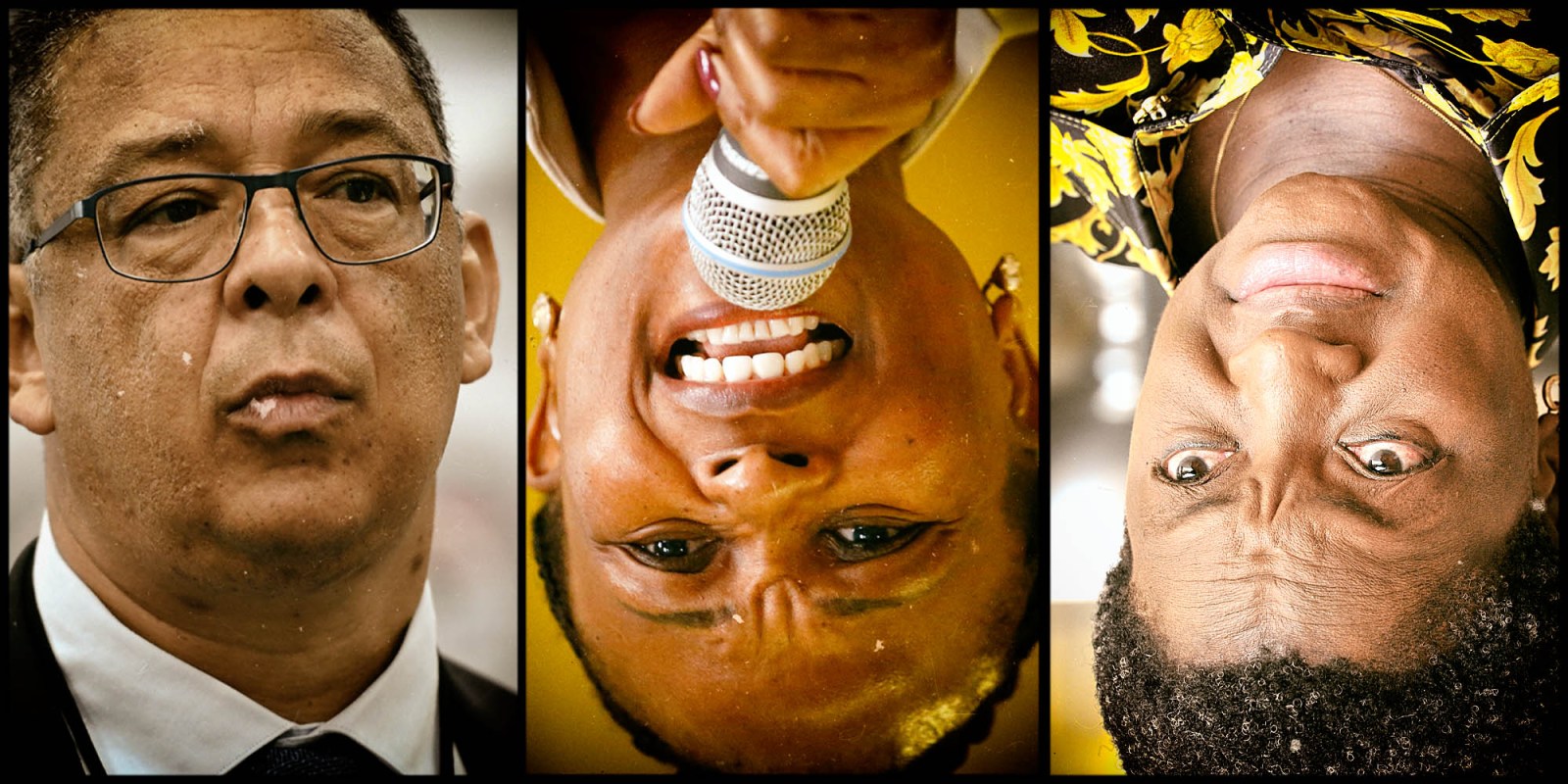 Releasing 17 separate reports on Wednesday, Public Protector Busisiwe Mkhwebane stressed that her office was busy strengthening constitutional democracy. Two of the figures escaping censure in her latest reports were former Cabinet ministers Bathabile Dlamini and Mildred Oliphant, while targets of criticism were IPID’s Robert McBride and the University of Cape Town.

Busisiwe Mkhwebane’s latest reports offer her critics less ammunition than previously to claim that the public protector is using her position to serve particular political agendas. Absent from the batch released on Wednesday: investigations into complaints laid by the EFF, and investigations into Public Enterprises Minister Pravin Gordhan or President Cyril Ramaphosa.

Instead, the 17 new reports largely focus on issues which should be the public protector’s bread and butter: irregular appointments, irregular tender awards and fruitless expenditure, largely at the level of individual municipalities or provincial departments.

These kinds of investigations do not make for sexy headlines. They are what Mkhwebane’s predecessor Thuli Madonsela used to refer to as “Gogo Dlamini” cases: ones in which ordinary South Africans who are wronged by the state turn to the office of the public protector in the hope of finding redress.

Sometimes the stakes involved are highly limited: one of the new reports is devoted to two people in Mpumalanga who complained that they had not been allocated the RDP houses that they had been promised. Mkhwebane upheld the complaint and ordered that the two be provided with housing within 90 days.

Another report deals with the 2017 death by drowning of first-year UCT student Mosimanegape Madiba, who died during a training session with the university’s rowing team on a dam in Moorreesburg. The complaint was laid with the public protector’s office by Madiba’s parents, who argued that UCT had failed to accept sufficient responsibility for the accident.

Mkhwebane’s investigation found UCT’s handling of the matter lacking, from its failure to provide adequate safety measures to its delay in investigating the death. The university’s conduct, she said, amounted to a contravention of the Constitution.

The public protector commended UCT, however, for its willingness to engage during the investigation, and noted that the institution had already implemented almost all the remedial action recommended in her report.

But inevitably — given Mkhwebane’s controversial recent history — the reports that will receive the most attention are those involving political figures. And indeed, the press conference in which she released the reports was not entirely devoid of political content.

The most contentious of the new batch is a report which implicates former Independent Police Investigative Directorate (IPID) boss Robert McBride in wrongdoing. Mkhwebane’s report upheld a complaint by former IPID investigator Cedrick Nkabinde, with Nkabinde alleging that he had been suspended for blowing the whistle on the irregular appointment of, among others, IPID investigator Theresa Botha.

Mkhwebane told SABC News on Wednesday that the public protector’s office had to offer a “safe haven” for whistle-blowers such as Nkabinde. But as Daily Maverick’s Marianne Thamm has previously written, the context for the dispute between Nkabinde and McBride is monumentally complex and involves the allegation that Nkabinde was given a senior position within crime intelligence in exchange for implicating McBride.

As has become common, this report was leaked to the media in September — before its official launch, and before McBride and his attorneys had official sight of it.

McBride has already indicated that he intends to take the report on review, and suggested the timing of its dissemination was “suspicious in that the release [was] on the eve of the widely anticipated testimony of senior IPID investigators at the Zondo Commission”.

Further complicating matters is the fact that McBride has since tossed his hat into the ring for the position of deputy public protector.

When referring to the report during Wednesday’s press conference, Mkhwebane hit out at McBride’s statements to the media on her findings. The former IPID boss, she said, “did not miss the opportunity to use the tired defence mechanism of those who don’t want to be held to account — calling the findings part of the so-called ‘fight back’ campaign”.

Asked by a journalist to comment on the timing of the report, Mkhwebane responded: “Why are you saying the timing is curious when the complaint was lodged in 2017?”

She said that at the time of the report’s completion, she was not aware that McBride would be a nominee for the deputy public protector position.

“I don’t know why we always want to focus on the timing,” Mkhwebane said, with some irritation.

The other headline-grabbing report among Wednesday’s batch related to former Social Development Minister Bathabile Dlamini, who appeared on Mkhwebane’s radar after DA MP Bridget Masango complained that Dlamini had lied to Parliament in May 2016 when the minister assured the National Assembly that the South African Social Security Agency (SASSA) would be able to take over the disbursement of social grants from Cash Paymaster Services (CPS) from April 2017.

Mkhwebane was at pains to stress to journalists that the sole aspect of the social grants fiasco she had investigated was this one narrow issue: whether Dlamini violated the Executive Ethics Code when she told Parliament that SASSA would be able to pay social grants as of April 2017.

Media reports from Wednesday that Mkhwebane “exonerated” Dlamini of wrongdoing over the social grants crisis are therefore misleading — though the public protector’s own presentation of her findings in this regard was somewhat ambiguous.

In the statement Mkhwebane read to journalists, she announced that her investigation found that Masango’s complaint “could not be substantiated”.

The public protector said that department officials had informed her that at the time Dlamini addressed Parliament on the matter, the opinion of “responsible functionaries” was indeed that SASSA was capable of taking over the payments of social grants. It was only after receiving reports to the contrary in June and October of 2016 that “all hope crumbled”.

Mkhwebane said: “Based on the information and evidence obtained during the investigation, I could not make a finding on the allegation that the former Minister of Social Development, Ms Bathabile Dlamini, deliberately or inadvertently misled the National Assembly and contravened the Executive Ethics Code when she delivered her Budget Vote speech on 4 May 2016.”

Her statement also, however, drew attention to the findings of the Constitutional Court in September 2018 that Dlamini’s conduct over the social grants matter was “reckless and grossly negligent”.

The Constitutional Court’s ruling, she said, “does not have any bearing on the complaint we were investigating”.

The DA’s Masango said in response to the report: “Despite the outcomes of this report, the DA still holds the view that Bathabile Dlamini must be held to account for putting the livelihoods of millions of South Africans at risk and plunging the country to the brink of a complete crisis.”

Another former member of the executive escaping censure by Mkhwebane was former Labour Minister Mildred Oliphant.

Oliphant was the subject of a complaint laid by UDM leader Bantu Holomisa during Madonsela’s tenure, in which Holomisa claimed that Oliphant’s department had awarded a closed tender to tech and management consulting company Accenture without disclosing that Oliphant’s son was a director of Accenture SA.

Mkhwebane found that the complaint could not be substantiated, saying that when Oliphant joined the department her son was already working at Accenture and she was not involved in the awarding of the contract. As such, Mkhwebane found that Oliphant did not have a duty to disclose the relationship.

The public protector concluded her press conference by imploring the relevant organs of state to implement her remedial action timeously.

She added: “Our role, as you know, is to strengthen constitutional democracy and not to be antagonistic to government.” DM