Working together to address xenophobic violence in South Africa 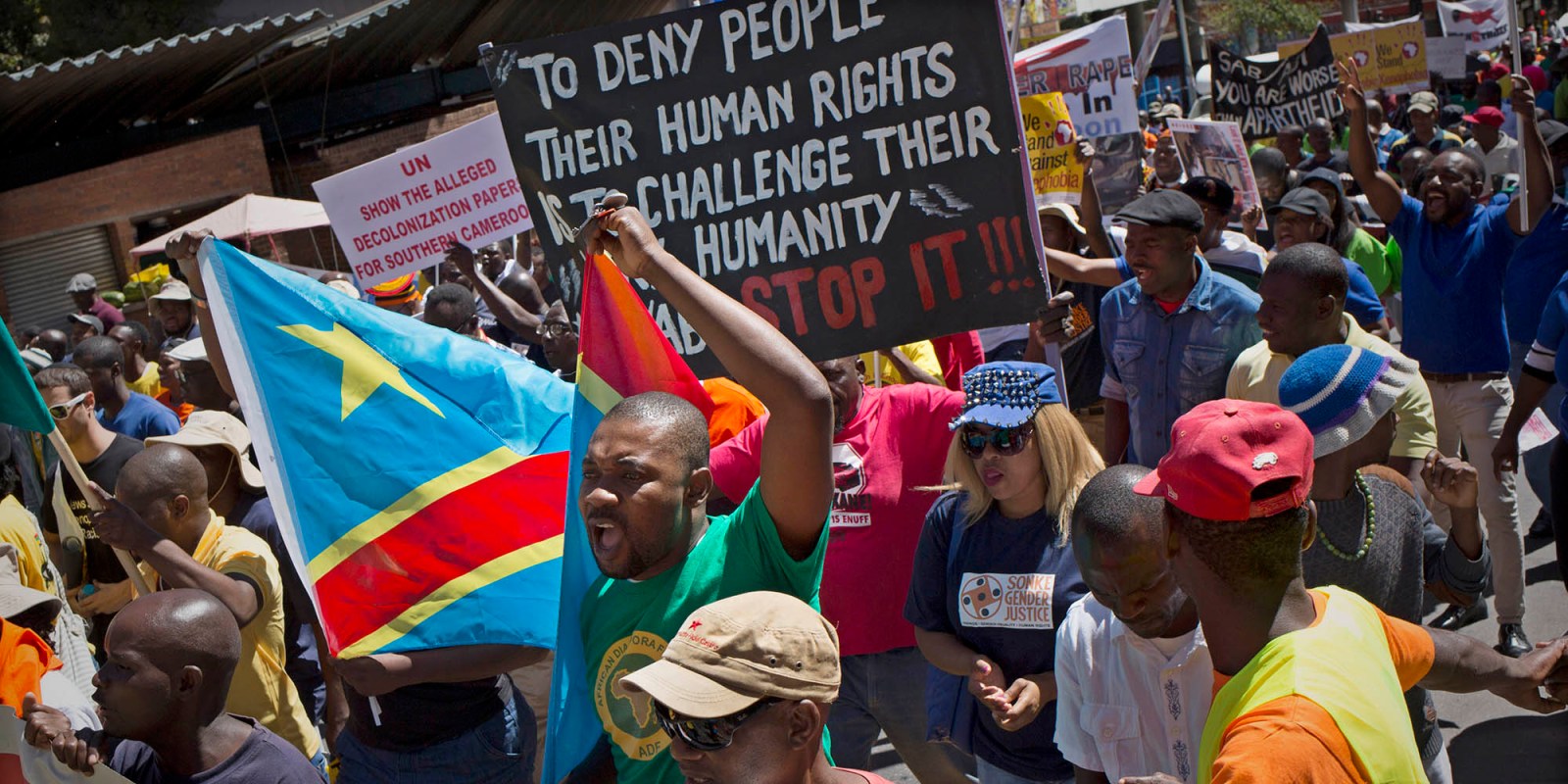 Three academics from the African Centre for Migration & Society at the University of the Witwatersrand, where they manage a project called Xenowatch, designed to monitor xenophobic violence in South Africa, have written this open letter to President Cyril Ramaphosa. They offer unsolicited advice on how to respond to the ongoing xenophobic and related violence.

As academic researchers who have closely followed violence against immigrants in South Africa, we are bolstered by your renewed commitment to address this important issue. Like you, we share a deep commitment to making South African communities safer for all who live in them. We too wish to see a more prosperous and equitable country that is globally recognised for delivering on its promises to promote tolerance, inclusion, and accountability.

By way of introduction, we are researchers from the African Centre for Migration & Society (ACMS)at the University of the Witwatersrand (Wits) where we manage a project called Xenowatch, designed to monitor xenophobic violence in the country. It issues warnings to relevant institutions and publishes evidence-based reports on spatial trends, causal analysis and effectiveness of interventions. This complements almost two decades of careful empirical work on the issue. For those who say they need to know more to take action, we are here.

We are encouraged by the special envoys and fact-finding mission of former foreign presidents that you have launched. This may help address the diplomatic costs the attacks continue to attract. But these efforts are unlikely to go beyond symbolic action. If you are serious – and we take you on your word that you are – you need to do more to understand the causes of the attacks. Yes, people are hungry. Yes, inequality and frustrations are real. But those conditions apply almost everywhere, while the violence does not. For those willing to look closely with their eyes wide open, effective action is possible.

In developing a way forward, let us start with a few simple points. First, violence against foreign nationals and other outsiders is a longstanding feature in post-apartheid South Africa. Since 1994, tens of thousands of people have been harassed, attacked, or killed because of their status as outsiders or foreign nationals. It is for this reason that we are so encouraged by your stated desire to take action. We agree that the time for talk is indeed over.

To avoid the shortcomings of past interventions, we would like to take this opportunity to offer some admittedly unsolicited advice on addressing xenophobia and related violence in the country:

First, you must confront politicians and government officials at all levels who scapegoat and stoke xenophobic populism. You know as much as we do that immigrants are not the reason people cannot access healthcare, schools, houses, or jobs. Saying they are is not just a distraction, it is dangerous. Actually, your commitment to rule of law also means confronting state and public service institutions for their unconstitutional practices (e.g.police harassment, Home Affairs Department bucking the law to deny people access to papers, etc.) that deny immigrants services what they are entitled to. These institutions must lead by example in respecting the law in providing services where people are entitled to them. Doing otherwise sends a clear message that foreigners are not entitled to both legal rights and a common humanity. Such discriminatory practices reinforce public perceptions that a foreigner is a “violable other”.

Second, the government must investigate and dismantle the local groups directly instigating violence for their own economic and political interests. As our reports make clear, these are not part of a third force or nationally organised political movement. These are community-based associations that use violence to achieve their ends. While those suffering now are immigrants, the implications are far greater. They include the rights of all those who do not pay protection money or the communities decide are unwelcome. While they may help deliver votes come election time, it is democracy that will pay the ultimate price.

Third, it is time to review the actions and attitudes of those mandated to keep us safe. This includes the South African Police Service, the Metro Police, and crime intelligence. They continue to fall short in responding to warning signs and outbreaks of the violence. Many have died due to their inaction. Elsewhere they are directly complicit.

Mr President, we welcome your commitment to hold those responsible accountable. Immigrants – even those without documents – are not behind the violence. Yes, some may be criminals, but they should be arrested, not lynched. Closing the borders will not restore the country’s reputation or make communities safer. The only thing that will work is sanctioning those behind the violence. Not just the foot soldiers, but the local leaders who organise, instigate, and allow these attacks to take place.

Mr President, you are probably aware that every time there is a major outbreak of the violence, meetings and indabas are held, ministerial and parliamentary task teams are formed. None of these has resulted in any concrete solution to arrest the problem. We fear you are heading in the same direction and the outcome will not be different. Indeed, your Cabinet ministers are heading off to communities to hear the grievances that led to the violence. While it is good that you listen to the people about their grievances, the solutions cannot be about playing to their stereotypes or fears. Nor can it be about empty promises about jobs soon on their way.

It is disappointed hopes that lead to anger and violence. Rather, we must look beyond to their legitimate concerns about economic and physical security and address the true source of their unease and work together to build local governance systems that can respond to their needs more effectively. MC

Jean Pierre Misago, Loren Landau and Silindile Mlilo are academics at the African Centre for Migration & Society at the University of the Witwatersrand