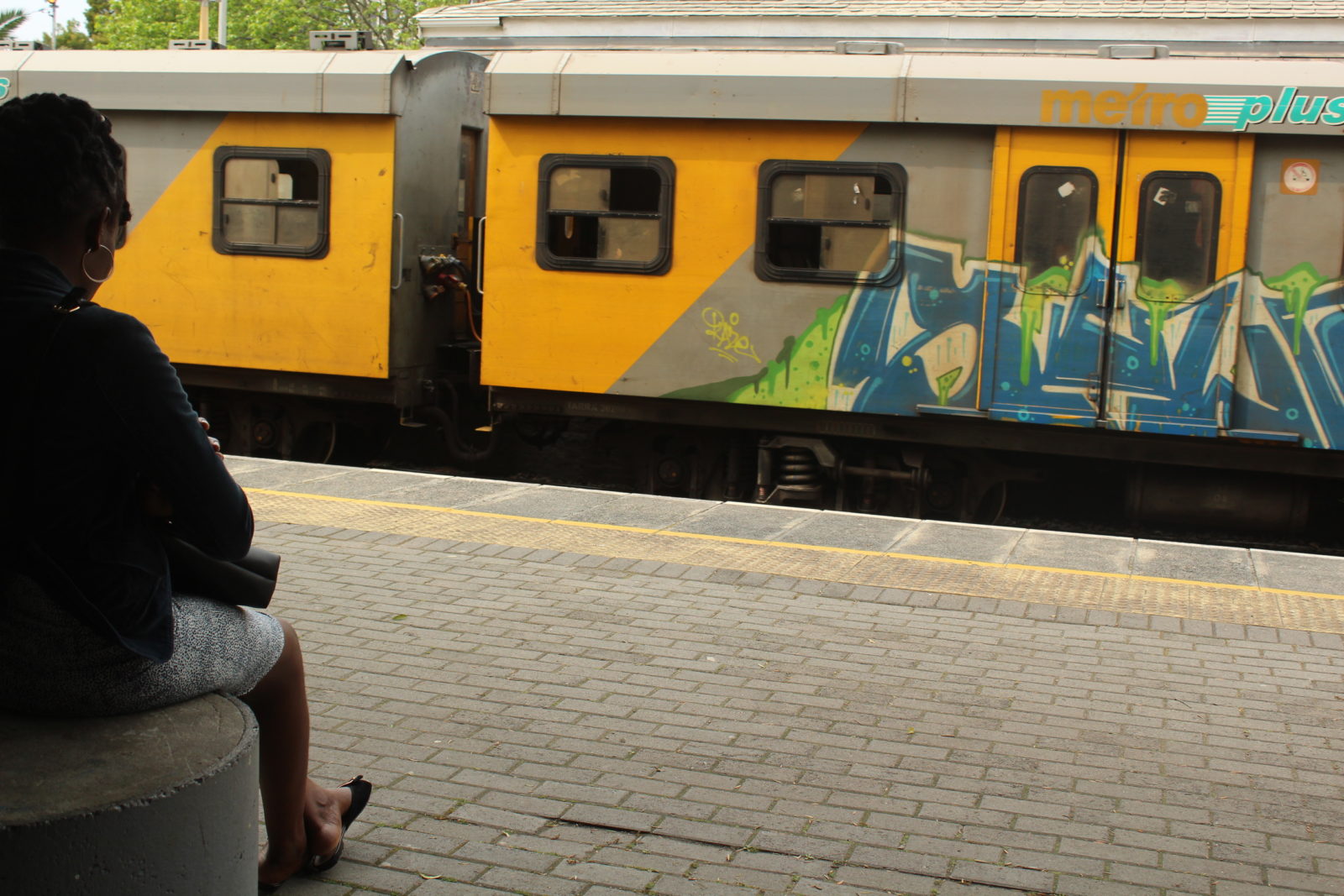 Despite a commitment made more than a year ago it appears that Metrorail will not be introducing carriages only for women and children. Photo: Masixole Feni

Prasa appears to have abandoned plan to set aside carriages for women and children.

A year after the Passenger Rail Agency of South Africa chairperson promised to set aside women-and-children-only train carriages on Cape Town’s Metrorail, the project appears to have been abandoned.

In an interview with GroundUp in June 2018, recently appointed chairperson Khanyisile Kweyama committed to implementing coaches for women and children.

“I said I will sponsor that type of project. In Women’s Month we will sign terms of reference that say this is how we are going to proceed to implement,” Kweyama said.

In a May 2018 meeting between civil society group #UniteBehind and Kweyama, she apparently made the same commitment: to personally oversee the implementation of the new carriages by August 2018. At the time #UniteBehind told GroundUp that the organisation was excited about this potential improvement for commuter safety on Metrorail.

“When August came we sent a letter to Prasa asking for updates on the proposal,” said Zukie Vuka of #UniteBehind. “But we received no response.”

Prasa spokesperson Nana Zenani told GroundUp that there were additional issues with Metrorail that needed to be attended to first. She cited the general shortage of usable train carriages as well as a lack of security available to guard them.

#UnitedBehind continues to include special carriages as part of its rail safety demands, but the organisation recognises that there may be bigger problems with Cape Town’s trains.

“In particular, the central line from Cape Town to Khayelitsha is extremely overcrowded,” said Vuka. “Where we used to have 12 carriages per locomotive, we now have between six and eight. How about first we fix the 2,000 train carriages sitting idle in train yards?” (Daily Maverick has reported that 2,000 carriages are lying unused in train yards across the country.)

“Most of the stations have holes in them that allow people to come in without paying,” she said. “These people could wait to rob or hurt people coming out of the carriages.”

Vuka emphasised that asking Prasa to prioritise women’s only carriages could take attention away from overcrowding, which #UniteBehind says might be a greater threat to commuter safety at this time. DM