Parties make election promises on fixing the rail system, but the detail is threadbare 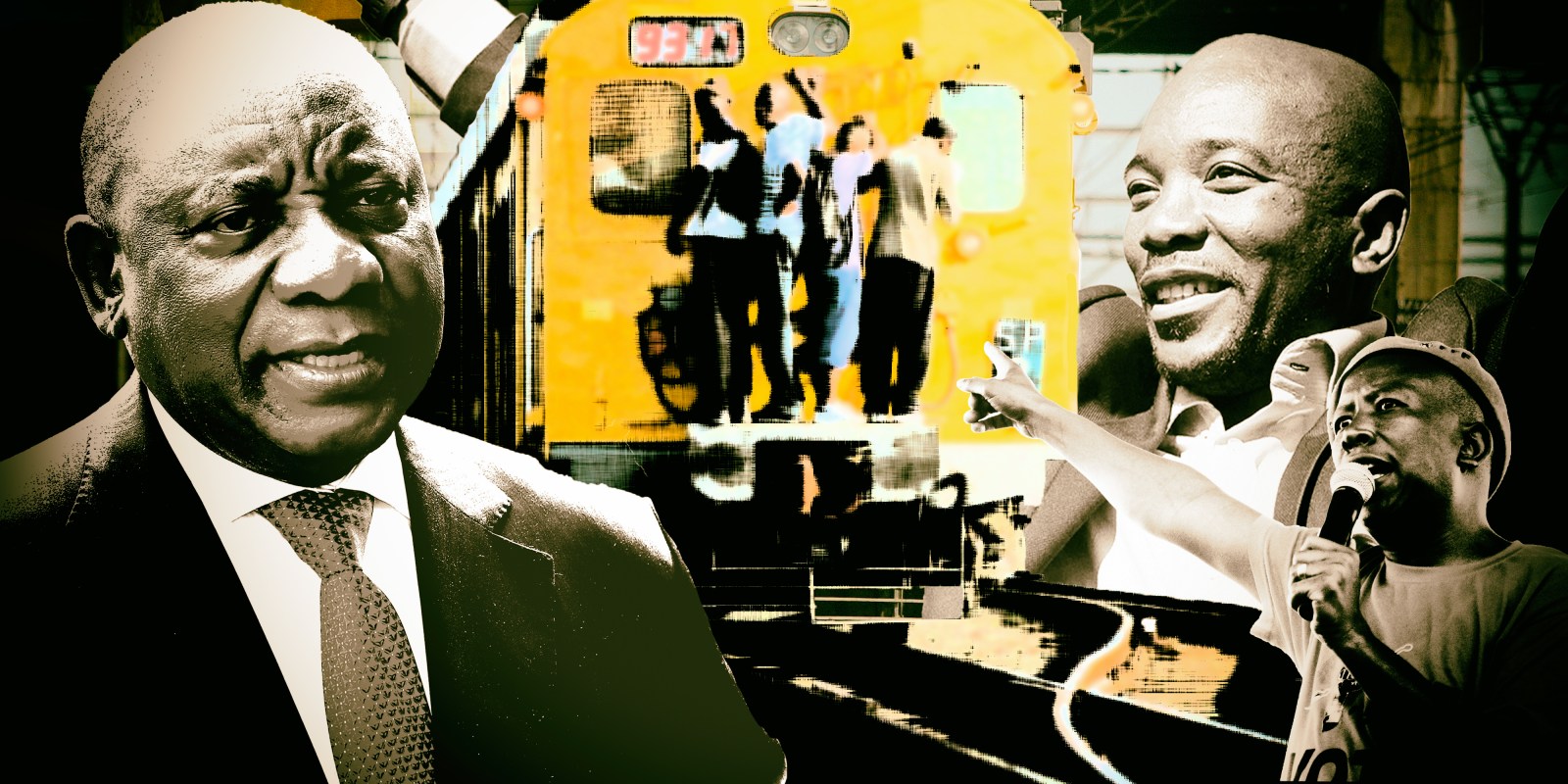 On Tuesday, President Cyril Ramaphosa is scheduled to visit the Cape Town train station to preview two new passenger trains. Commuters in the city have witnessed a breakdown in rail services as a result of vandalism, arson and crime. Ahead of the 2019 Elections, Daily Maverick looks at the promises political parties have made in their manifestos to fix the rail system, especially to commuters who have become disgruntled and disappointed with the service.

South Africa’s rail service has been crippled by arson and vandalism over the past three years, which saw 175 trains burnt between 2015 and 2017. Commuters have been left frustrated by train delays, trains simply not arriving, overcrowding, and the general lack of safety.

With almost a month left before the national and provincial elections, rail has become a hot-button political topic. Major parties, particularly those on the trail in the Western Cape, have campaigned on the claim that they will “fix the rail service”. It remains to be seen how much is electioneering and what can actually be delivered.

“It’s a month before the elections. I know exactly what they’re doing and I’m not buying it,” said Mandy-Lynn Mott, a rail commuter from Kenilworth, Cape Town. Mott has been a train commuter for 30 years, but lately, the rail service has become horrific and often delayed, causing Mott, who previously had a 15-minute express commute between Kenilworth and the Cape Town CBD, where she works, to be late for her job.

Previously, she could catch a train at 7.15am and arrive in the CBD 15 minutes later. Mott now has to be at the station at 6am to arrive in town at 6.30am on a good travelling day. On bad days, she arrives more than two hours later, at 8.40am. Bad days are often caused by the system running on manual authorisation, which results in slower trains.

Going home after work is no different.

Rail is a key election issue with the governing party in the Western Cape, the Democratic Alliance (DA). The party’s manifesto has called for rail to be devolved from its current national mandate to a provincial one.

#UniteBehind organiser Zukie Vuka says that to a large extent “it is politicking. #UniteBehind supports the devolution of the commuter rail system eventually”.

“However, far more emphasis needs to be placed on stabilising the crisis at Prasa,” says Vuka.

#UniteBehind is the umbrella civic group fighting for the rail system to be fixed for the benefit of commuters, and for the recovery of money stolen through State Capture as outlined by former Public Protector Thuli Madonsela’s 2015 Derailed report and the #PrasaLeaks investigations.

Devolving the rail service from a national to a provincial mandate would require a constitutional amendment, which in turn would require the DA to organise a 66% majority vote in the National Assembly.

According to the latest Ipsos polls, the DA is expected to gather only 18% of the national vote, so a Constitutional change would be unlikely.

The DA’s call for rail to be a provincial mandate has come under the scrutiny of Daily Maverick’s Sanity Check. Read that piece here.

However, the ANC, which may be in a position to change the country’s Constitution to allow for the devolution of the rail service, has only the following to say about rail in its 2019 manifesto:

“Invest in rail infrastructure to ensure it is safe, reliable and integrated with other modes of public transport. Rail must be the backbone of our public transport system.”

Recently, ANC and national president Cyril Ramaphosa became stranded on a train in Tshwane for more than two hours, prompting him to announce that “heads will roll” if Prasa cannot fix problems for rail commuters, according to a TimesLive report.

Vuka says the ruling party has no excuse for ignorance of rail issues.

“It is an election ploy… The transport committee in Parliament is largely ineffective as an oversight committee… There are numerous recommendations and remedial actions mentioned in the Derailed report which were never implemented. There was also supposed to be a parliamentary inquiry into corruption at Prasa, which also never happened.”

Smaller parties such as Good and the Economic Freedom Fighters (EFF) also do include the rail service in their manifestos.

Good, with key former City of Cape Town mayoral committee member for transport Brett Heron high on its provincial list, has only this to say on rail:

“Good will fix rail transport. This is a priority.”

The EFF, despite various criticisms of its manifesto, including Daily Maverick’s Sanity Check, has some points on rail transport.

According to #UniteBehind, the EFF’s ideas are “a workable goal, but politicians aren’t aware of the best way to do it. There are 2,000 train carriages around the country that need to be repaired and can get back on the rail service”.

Vuka told Daily Maverick that there are two companies meant to be doing the repair work, but due to issues with the contracts, this has been delayed.

“They could open it up to more companies in order to get the work completed faster. You could outsource this to various companies and get the carriages functional again in six months. None of the political parties, for whatever reason, are talking about these kinds of practical solutions.”

But how seriously should we take election manifesto promises?

“One has to be wary of any promises made during an election cycle. In any of the manifestos, there are no actual plans on how to deal with the rail crisis. There is only one line about it in the ANC manifesto. It appears to the broader public to only have become an issue after the president was stuck on a train for three hours,” said Vuka.

“None of the political parties actually care about rail because it affects the poor and working-class people the most.”

Politicians can afford their own cars and do not rely on rail, which, according to Vuka, is why “politicians don’t feel the impact of the crisis at Prasa/ Metrorail”. DM