How Old Mutual set itself up for the Moyo mess

How Old Mutual set itself up for the Moyo mess 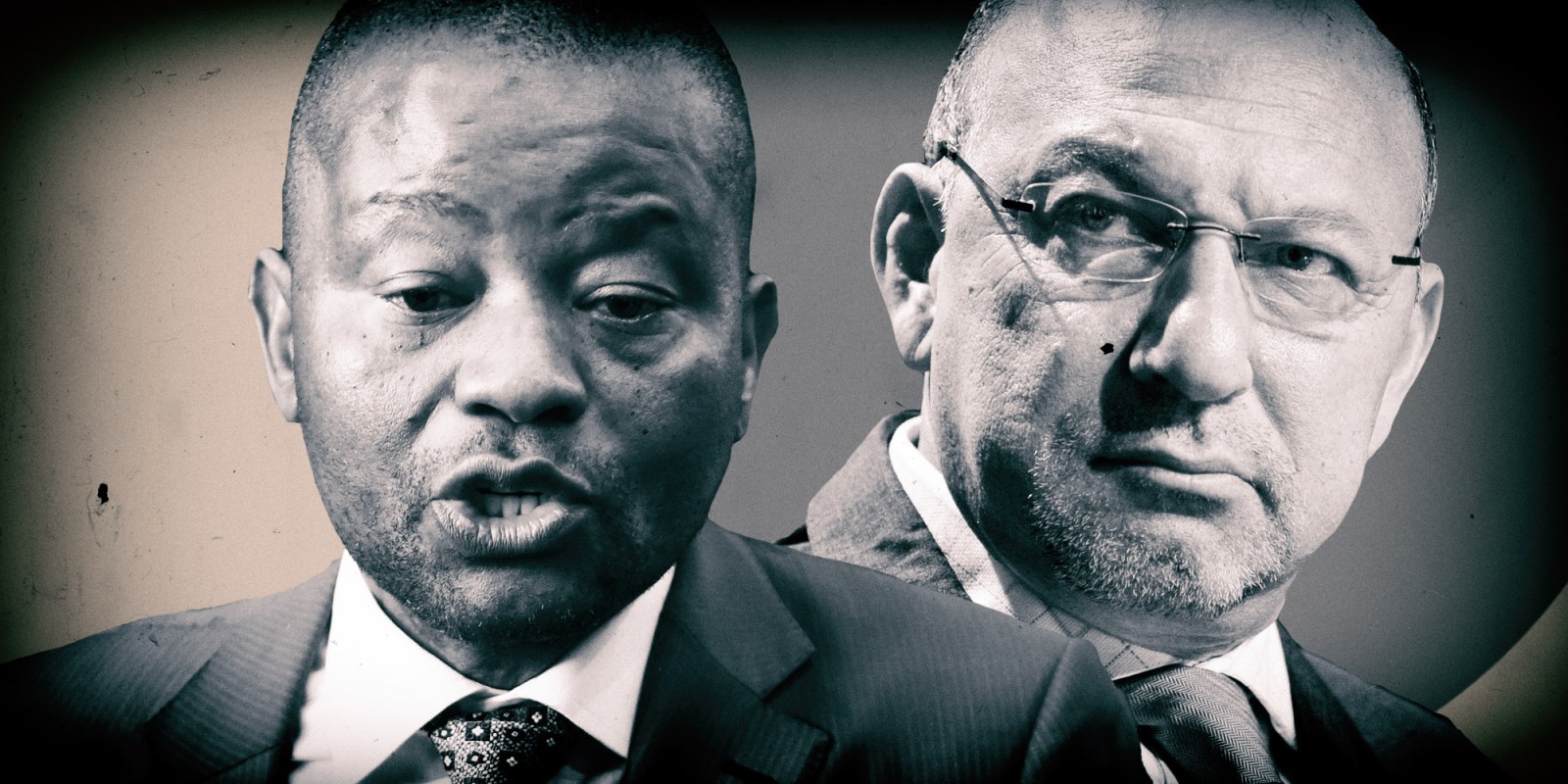 The sacking of Peter Moyo as Old Mutual CEO was linked to NMT Capital, a firm he co-founded in 2002 and in which the insurer holds a 20% stake. Old Mutual had a nominated director named Mobasheer Patel on the board of NMT. Old Mutual chairman Trevor Manuel and Moyo disagree about whether Patel was accountable to Old Mutual or NMT.

Old Mutual chairman Trevor Manuel has joined the public mudslinging match between the insurer and its axed CEO Peter Moyo by offering a scathing diagnosis of how the dispute between the two parties began.

According to Manuel, the Old Mutual board, which he leads, has done nothing wrong and discharged its fiduciary duties in line with good corporate governance standards. The former finance minister believes that Moyo should be blamed for the high-profile removal from his position as CEO.

“Can Moyo say, in good conscience, that he discharged his obligations and duties well to his employer (Old Mutual)? I think no,” Manuel said in a Business Maverick interview on Friday 13 September.

Manuel was tasked with informing Old Mutual shareholders about the suspension of Moyo on 24 May after a “material breakdown in the relationship of trust and confidence” between him and the board.

But first, some background details. The “breakdown in the relationship” was linked to NMT Capital, a black-owned investment holding firm that Moyo co-founded in 2002 with business partners Sango Ntsaluba and Thabiso Tlelai. NMT holds stakes in several companies including construction firm Basil Read, which is in business rescue, and has no investments that compete directly with Old Mutual.

Moyo has a personal holding of about 26% of NMT and Old Mutual bought itself a 20% stake through a series of funding to the firm totalling R277-million since 2004. During this multimillion-rand funding process, which was part of Old Mutual’s Black Economic Empowerment objective, the insurer earned itself NMT preference shares.

Moyo was a deputy MD of Old Mutual when the insurer began to invest in NMT. Old Mutual was aware of Moyo’s links to NMT and allowed it — after all, Moyo is the “M” in NMT. Arguably, this relationship was fraught with potential conflicts of interest from the beginning.

When Moyo was promoted to Old Mutual group CEO in 2017, he disclosed his interest in NMT and a formal protocol document was implemented to deal with any conflicts of interest. The document also forms part of Moyo’s employment contract with Old Mutual.

Mcleod said minutes from the meeting, which were later produced by NMT, indicate that Moyo proposed dividends payments but they were silent on Patel’s involvement in the meeting and his voting record on dividend payments. (Moyo strongly disputes this further below.)

“Patel’s name is not there (minutes of the NMT meeting). We don’t know what happened at that meeting,” said Mcleod.

Patel refused to comment to Business Maverick because the dispute between Moyo and Old Mutual is “an ongoing legal issue”. Moyo is fighting in court to get his job back. Read more here.

Although Old Mutual said it wasn’t privy to NMT board resolutions, surely the insurer’s board must have engaged Patel to be appraised of the firm’s affairs?

After all, the protocol document that managed Moyo’s conflict of interest stipulates that the corporate governance and nominations committee of the Old Mutual board is responsible for making final decisions regarding Old Mutual’s NMT investment. This committee is chaired by Manuel and Moyo was excluded from it.

Manuel said Patel couldn’t report back to the Old Mutual board about the NMT meeting because he owed “his fiduciary duty on the company he sits on” under the Companies Act. In this case, the company would be NMT Capital and not his employer, Old Mutual.

Asked if the 14-member Old Mutual board should have found other ways to be appraised of NMT affairs as a 20% shareholder in the firm, Manuel said board members are busy.

“If the board was required to be cited in every private equity investment, we would never get through other governance responsibilities,” he said. “They are non-executive directors on the board, and this draws a lot of time from people. You can’t get into the weeds in these kinds of things. Time and circumstance don’t permit us to do it.”

As Old Mutual CEO, the onus was on Moyo to ensure that the affairs of NMT were above board, Manuel said.

“What is clear to me is that the obligation was created on the executive (Moyo) to act in the interest of Old Mutual and that involves sharing information, bringing details about transactions and a myriad of other things. I cannot understand how he extricates himself from responsibility.”

In court papers, Moyo said Patel’s role went beyond being an Old Mutual-nominated director on the NMT board. Regarding the dividend payments, Moyo said there was a delay in their payment, which was communicated to Old Mutual and accepted by Patel.

This acceptance, Moyo said, tied Old Mutual to an agreement to roll over or extend the payment terms of the preference capital or preference dividends.

In October 2018, Moyo said the insurer had received R23-million in ordinary dividends and an additional R20-million in preference dividends. Moyo placed Patel at the centre of these dividend payments, saying he voted for them. BM