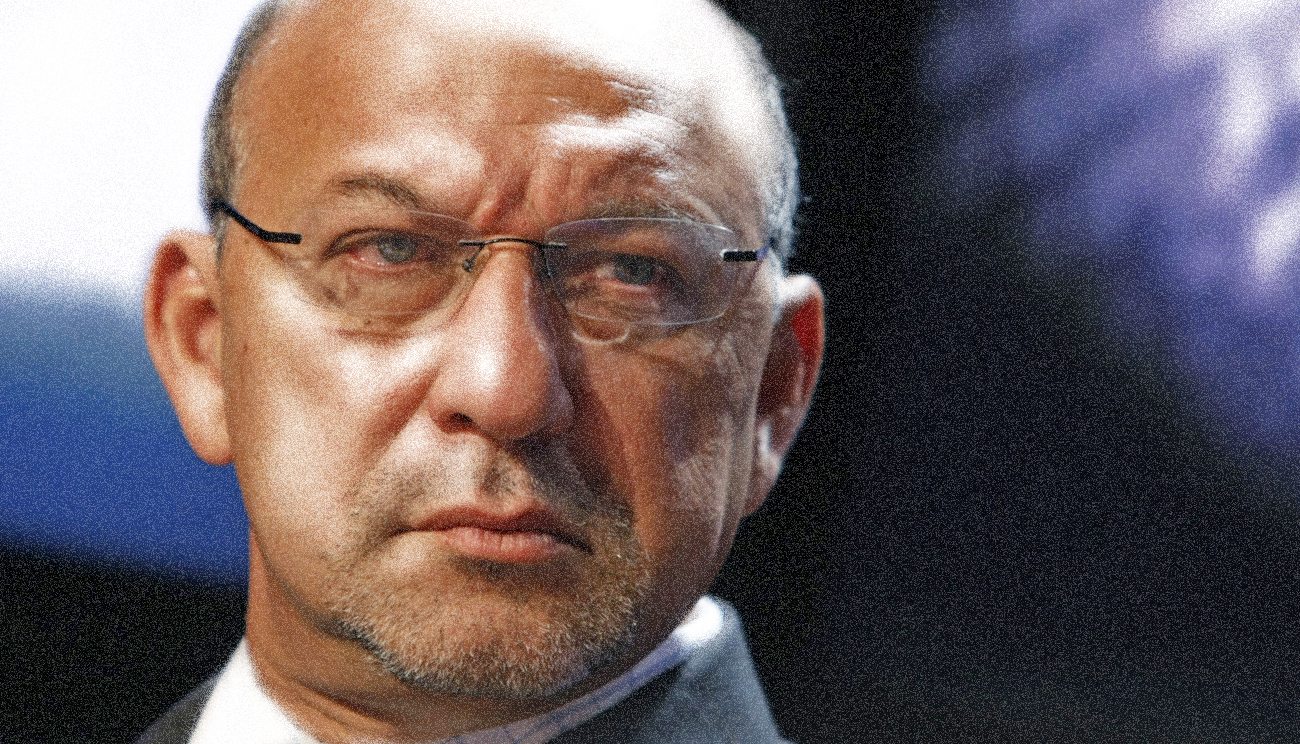 South Africa's Finance Minister Trevor Manuel attends a session at the World Economic Forum (WEF) in Davos January 28, 2009. More than 40 heads of state and government -- almost double the number last year -- will be joined at the WEF meeting by 36 finance ministers and central bankers, including the central bank chiefs of all the G8 group of rich countries except the United States. REUTERS/Pascal Lauener (SWITZERLAND)

Old Mutual chairman Trevor Manuel said the board will not resign over its handling of the axing of Peter Moyo as CEO ‘unless there is just cause’ to do so.

Old Mutual chairman Trevor Manuel has spurned shareholder calls for him and other board members to resign over the axing of Peter Moyo as CEO, which has resulted in embarrassing court drubbings for the insurer and wiped off R8-billion from its market capitalisation.

On Friday 13 September at a media and staff briefing, Manuel publicly broke his silence since Old Mutual fired Moyo on 18 June and was reinstated by a High Court order on 30 July, saying the insurer’s board believes it handled the dust-up with Moyo “as best as it could.”

The former finance minister, who was re-elected to Old Mutual’s board by shareholders at the company’s annual general meeting on 23 May 2019 along with 14 non-executive directors, said the board would not step down “unless there is just cause” to do so.

Moyo’s nearly three-month-long fight to get his job has become a highly embarrassing turn of events for Old Mutual, SA’s second-largest life insurer.

To recap: Moyo was suspended on 23 May 2019 due to “a material breakdown in the relationship of trust and confidence”. Old Mutual fired Moyo on 18 June, accusing him of wrongfully pocketing dividends worth R30-million linked to NMT Capital, an investment holding company co-founded by Moyo, and in which Old Mutual holds a 20% stake.

Moyo has since secured two victories against Old Mutual at the Johannesburg High Court. First on 30 July, Judge Brian Mashile ordered that he be temporarily reinstated as CEO because Old Mutual had not subjected him to a disciplinary hearing. On 6 September, Mashile dismissed Old Mutual’s application for a declaratory order that blocked Moyo from resuming his duties until the insurer’s appeal against the 30 July order is concluded.

Despite these wins for Moyo, Old Mutual barred him from returning to his office at the insurer’s headquarters in Sandton, Johannesburg – a move interpreted by the public as Old Mutual snubbing the court and its orders.

A minority shareholder, holding less than 3% of Old Mutual shares, told Business Maverick over the weekend:

“We think the entire Old Mutual board, including Manuel, should resign for handling the dispute with Moyo poorly. The credibility and reputation of Old Mutual have been compromised, and shareholder value has been destroyed.”

If Manuel is feeling the heat from shareholders, he’s not showing it.

Manuel said if shareholders want him and other board members to resign, they should express their displeasure through a vote:

“I would prefer to deal with it [shareholder discontent] that way than focus on those [shareholders] that shout the odds when they are zero-point something percent shareholders in the company.”

Manuel has a lot to say

Although Manuel has been quiet since the public battle between Moyo and Old Mutual intensified, he had a lot to say.

Manuel called Judge Mashile a “single individual who happens to wear a robe”. He made this comment when talking about Old Mutual being hamstrung in appointing a CEO – as per the fiduciary responsibility of the board – because Judge Mashile barred the insurer from appointing Moyo’s successor.

“That judgment is so bad for the company, and for company law, that we have an interest in ensuring that it is overturned on appeal. That is not something we can walk away from,” Manuel said.

His reference to Judge Mashile didn’t land well because it was made at a time when the judiciary has come under intense attack from State Capture architects and fightback campaigners against President Cyril Ramaphosa’s reform agenda. (Manuel withdrew the comment after Daily Maverick’s Sikonathi Mantshantsha insisted that he do so. Manuel said his remark about Judge Mashile was in jest.)

Old Mutual has resolved to withdraw further legal action against Moyo and rely solely on its appeal process against Judge Mashile’s order to temporarily reinstate him as CEO, which is set to be heard from 4 November.

While the appeal process is pending, Manuel reiterated that Moyo is no longer an employee of Old Mutual.

“He can come and have coffee on the ground floor… But unless you are employed in the building, you don’t have access to the building,” said Manuel.

Asked whether Old Mutual would fight Moyo as high as the Constitutional Court, Manuel had a stark message for the axed CEO: “His money will run out.”

Manuel, who has described his relationship with Moyo as “reasonable”, said he doesn’t believe Old Mutual’s current board can have a workable relationship with him. In addition to fighting to get his job back, Moyo plans to launch a separate court process to declare the entire Old Mutual board, including Manuel, delinquent for how they handled his sacking.

Manuel believes the onus is on Moyo to make peace with him and the Old Mutual board.

“Where I come from, you cannot withdraw what you have said, but you must show some contrition. Sometimes you have to buy a goat and slaughter that goat for the ancestors. But there will have to be a lot of goats that must be bought – not by Old Mutual”.

“At this stage, we see no reason to comment on the noise and bluster and personal attacks uttered by Mr Manuel.”

Mabuza said he would consult with Moyo after going through the full transcript of Manuel’s briefing and would then indicate what legal steps would be taken. BM