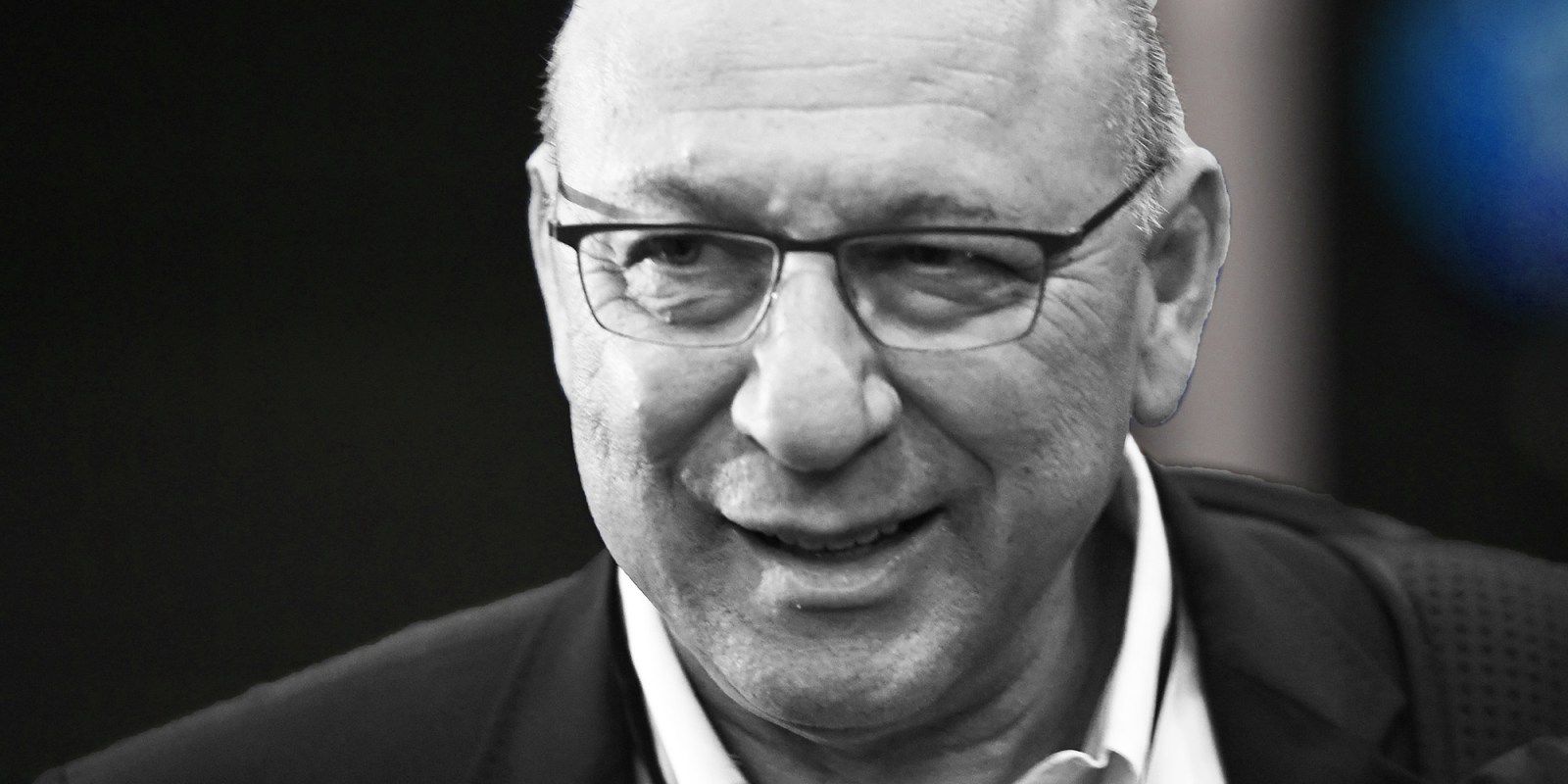 In his court papers, sacked Old Mutual CEO Peter Moyo said he had been informed that board chair Trevor Manuel, above, was ‘gunning’ for him. (Photo: Gallo Images / Netwerk24 / Felix Dlangamandla)

At the heart of the dispute between Old Mutual and sacked CEO Peter Moyo is NMT Capital, an investment firm Moyo co-founded with business titans Sango Ntsaluba and Thabiso Tlelai. Old Mutual is vexed that Moyo and other NMT shareholders wrongly pocketed dividends while the firm had outstanding preference share dividend payments to the insurer and debt obligations to the Industrial Development Corporation. NMT is potentially insolvent.

Peter Moyo’s herculean battle to be temporarily reinstated as Old Mutual CEO and having his sacking from the insurer declared unlawful is expected to play out at the South Gauteng High Court in Johannesburg on Tuesday 16 July 2019.

Ahead of Moyo’s court appearance, Old Mutual has issued a stinging rebuttal to his lawsuit, even publicly airing damning corporate governance failures at an investment holding firm he co-founded in 2002 named NMT Capital.

Moyo was CEO at NMT when he was initially hired as the CEO of Old Mutual Emerging Markets in 2017 and continued his involvement in the firm when he became the insurer’s group CEO. Moyo also disclosed his personal shareholding of about 25% in NMT to Old Mutual in 2017, and a formal protocol was implemented to deal with any conflicts of interest.

Old Mutual suspended Moyo on 23 May, hours before the insurer’s annual general meeting, citing a conflict of interest due to his involvement with NMT Capital that resulted in “a material breakdown in the relationship of trust and confidence”. The insurer fired Moyo on 18 June saying that the breakdown was attributed to a conflict over ordinary dividend payments declared by NMT Capital worth more than R100-million during its 2018 financial year.

Of these declared dividends, Old Mutual said Moyo wrongly pocketed dividends worth about R30-million, while preference share dividends to Old Mutual were in arrears, which the insurer said was in breach of its rights as a shareholder.

Old Mutual is NMT’s only institutional shareholder, with the insurer owning a 20% shareholding which it earned through a series of funding totalling R275-million it had provided to the firm since 2004. As a shareholder, Old Mutual would enjoy regular preference share dividends from NMT, which should be paid before those due to ordinary shareholders, according to the Companies Act.

The standoff between both parties has since turned ugly. In its court papers, Old Mutual said Moyo has an “inflated sense of self-importance” and his effort to get his job back is without merit because the insurer is entitled to dismiss its employees when a breakdown in trust and confidence emerged.

Old Mutual’s response also reveals that its battle with Moyo is not just about outstanding preference share dividends but about solvency problems at NMT. If Old Mutual is to be believed, NMT depended on the insurer for its survival.

A January 2019 report prepared by Old Mutual’s related party transaction committee, which manages any potential conflict of interest of board members, revealed that NMT asked Old Mutual to ratify an agreement to write off or remove its R157-million debt to the Industrial Development Corporation (IDC) on its balance sheet for the 12 months ending 31 July 2019.

This would be at the expense of the IDC, which made a substantial preference share investment in a subsidiary of NMT to acquire shares in Basil Read, a struggling construction firm now in business rescue. NMT’s investment in Basil Read has since not lived up to expectations. When Basil Read’s shares tumbled on the JSE before they were suspended in 2018, NMT was unable to fulfil its preference share obligations to the IDC, leaving it with a debt burden.

Old Mutual said the IDC debt wasn’t disclosed in a board pack during an NMT board meeting on 4 July 2018. The meeting was chaired by Moyo, who ended-up disbursing dividends payments to ordinary shareholders totalling R105-million on “the basis that it (NMT) was not indebted to the IDC at all”.

“It is not clear how the directors of NMT Capital could have come to that conclusion, particularly given the indebtedness of R157-million… It is difficult to see on what basis the applicant (Moyo) could have concluded that the debt to the IDC could be disregarded and could be treated as having been settled,” Old Mutual said in its court papers.

Although a settlement agreement with the IDC was only concluded five months after the NMT board meeting, Old Mutual doubts that NMT fulfilled its debt obligations.

Old Mutual said its numerous attempts to request more information from NMT and Moyo about the IDC debt was unsuccessful and even ignored.

“NMT appeared to be dismissive of the significant write-offs that Old Mutual had already made and seemed unconcerned that further write-offs were inevitable, and there appeared to be material corporate governance shortcomings within the NMT group.”

In other words, Old Mutual is vexed that Moyo and other shareholders pocketed dividends “without evidence that a proper solvency and liquidity analysis” had been conducted and while NMT had debt obligations to the IDC and outstanding preference share dividend payments to Old Mutual.

There’s another incident in which Old Mutual was asked to support NMT to ensure that its assets exceeded liabilities. Old Mutual said it was asked by NMT on 4 September 2018 to extend or roll over the payment of arrear preference share dividends by three years. If Old Mutual didn’t agree to this, it would “have a material effect on the solvency of NMT”.

Since initial investment in NMT 14 years ago, Old Mutual said it has received about R47.1-million in ordinary dividends, of which R23-million was paid in 2018.

Moyo has rejected Old Mutual’s version of events and the value of dividends paid.

He said in October 2018, the insurer was allocated R37-million as a debt repayment, which mainly constituted the Old Mutual preferential dividends and a further R27-million in ordinary dividends. Moyo said there was a delay in the payment of arrear dividends to Old Mutual, which was communicated to the insurer and accepted by its representative on the NMT board, Mobasheer Patel.

Moyo believes that Old Mutual is using the NMT preference share dividends matter to drive him out of the insurer. In his court papers, Moyo said he was informed by an unnamed board member that board chair Trevor Manuel was “gunning” for him by “bullying other directors to pursue the NMT matter for some inexplicable and ulterior purpose”. BM