Stability and procurement the biggest issues at Prasa,...

Stability and procurement the biggest issues at Prasa, its interim board chair says in Parliament 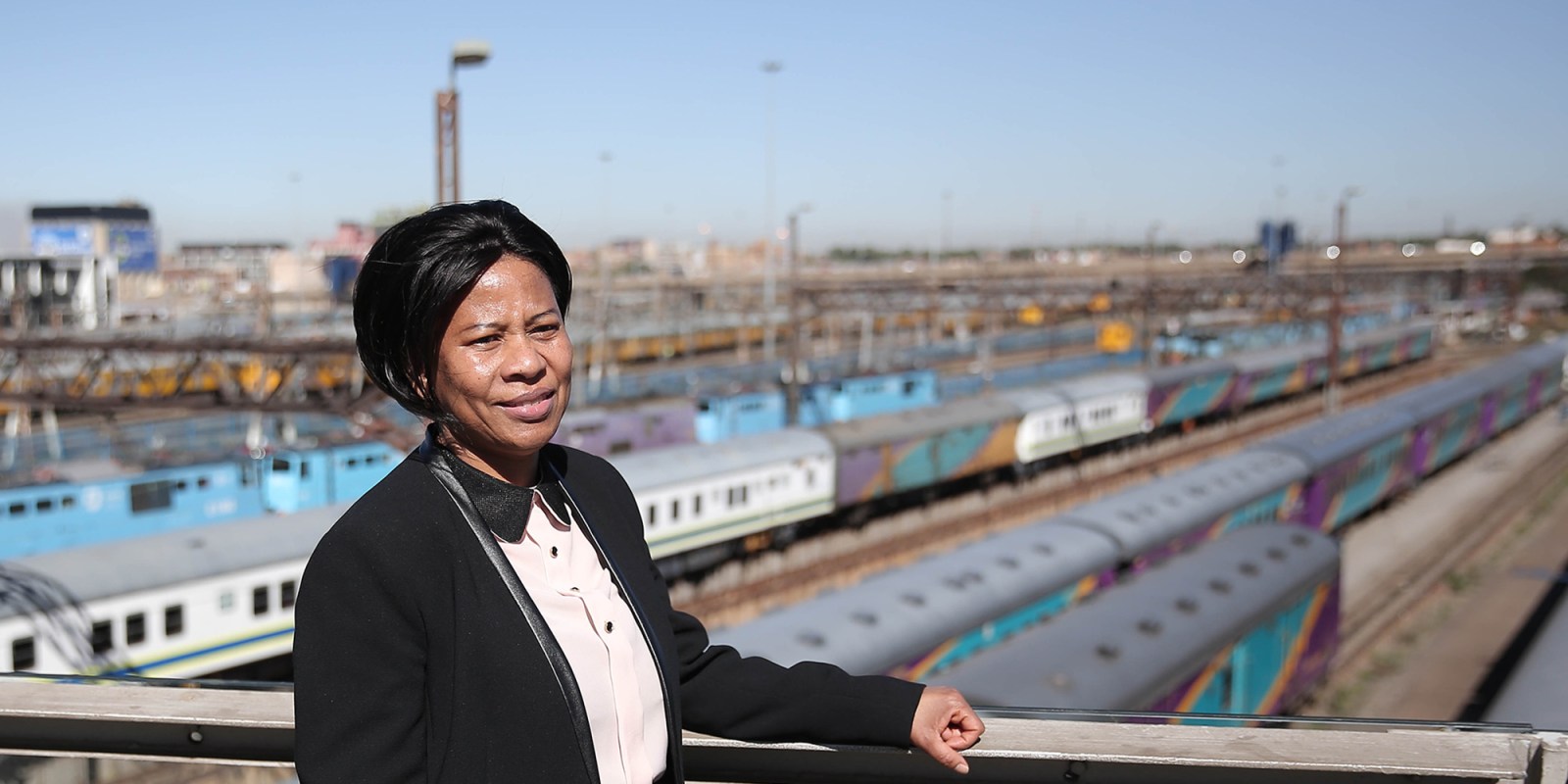 Passenger Rail Agency of South Africa (Prasa) interim chairperson Khanyisile Kweyama poses for a portrait for a portrait during an interview on September 14, 2018 in Newtown, South Africa. Kweyama, who took over as Prasa interim chair in April, is enlisting police and prosecutors to go after corrupt officials at the agency. (Photo by Gallo Images / Sunday Times / Alaister Russell)

On Wednesday there was mild laughter when Prasa interim board chair Khanyisile Kweyama said her team had ‘gagged’ her about speaking about the embattled entity’s problems. But, when she started speaking about procurement and stability issues at the state-owned entity, it was no longer a laughing matter.

The issues at the Passenger Rail Agency of South Africa (Prasa) are not unknowns – issues with safety, corruption, unstable leadership, malpractice – and then there’s the War Room. But on Wednesday, Kweyama unpacked in Parliament about the entity’s biggest problem: a lack of proper procurement and stability.

“When we were preparing for this meeting, they gagged me and said I must not wash our dirty linen in public because they know that I’m sometimes fond of doing that,” she said. This elicited some laughter from the room. Until she spoke about stability and procurement at the embattled entity.

Prasa appeared before the National Council of Provinces (NCOP) Select Committee on Transport, Public Service and Administration, Public Works and Infrastructure on Wednesday morning about matters related to their Annual Report and Strategic Plan. Kweyama arrived with a full contingent of officials – from Nkosinathi Sishi, the Group CEO and several board members to company officials and even Strategy Officer Dr Sipho Sithole.

Several MPs from the committee wanted to know what the state-owned entity was doing to fill critical vacancies and appoint permanent senior management, which is where Kweyama started to talk.

“You (addressing the committee) touched on stability and then you also touched on procurement, which are two things that feed into the problems at Prasa in a terrible way,” said Kweyama, who added, “the good thing is that we are starting to break those things so that we can answer on progress.”

Kweyama announced there would be a new Head of Procurement and Group Head of Human Resources by 1 October, in an attempt to start fixing some of the problems at the entity. Kweyama did not reveal the names of the new Heads, as the Head of Procurement was still serving their notice at work.

Speaking of instability at senior level, Kweyama herself is an interim chair of an interim board, appointed in April 2018 by then Transport Minister Blade Nzimande. That one year term was extended for six months, in April, of which Kweyama said, “which will end imminently”. No announcement has yet been made by current minister Fikile Mbalula on the board’s replacement.

Another person in an acting or interim position is Sishi, the Acting Group CEO to which no announcement has been made if he would be appointed in a permanent position.

On 2 September, Prasa announced Japhtalina Fosu as the Chief Financial Officer, in a permanent position. Previously, there had been no permanent CFO since 2014, according to Prasa, which “resulted in an unstable finance department that has not delivered clean audits since 2014”, the entity previously stated.

But it was not all doom and gloom about stability and procurement at Prasa, as officials spoke about the entity’s War Room, which was formally launched in August by Mbalula.

Sithole spoke extensively as he tried to debunk “narratives” that the War Room was not functional. “There is a narrative that we are just people sitting in the War Room doing nothing. We have achieved great things since the War Room was started three weeks ago,” said Sithole.

The War Room was created to deliver on the 100 Days commitment by the minister to work with Prasa to provide a reliable, predictable, and safe passenger rail service. This will focus on the following: service performance, asset and infrastructure maintenance, accelerating corridor fencing and technology development, safety management improvement and modernisation readiness.

Additionally, Kweyama revealed that they had started to work through issues raised within various investigations raised within the Derailed reports, stating that the board has met with the Special Investigative Unit (SIU), before the official proclamation that the SIU would investigate malpractice at Prasa.

But ultimately, despite the talk of War Rooms, investigations, procurements, and so on, it was ANC MP from the North West, Eric Landsman, who stated the obvious on the immediate fixing of safety and security on trains and at train stations, especially for women traveling alone at dark stations with poor station lighting: “We cannot have this sector be part and parcel of not protecting women.” DM