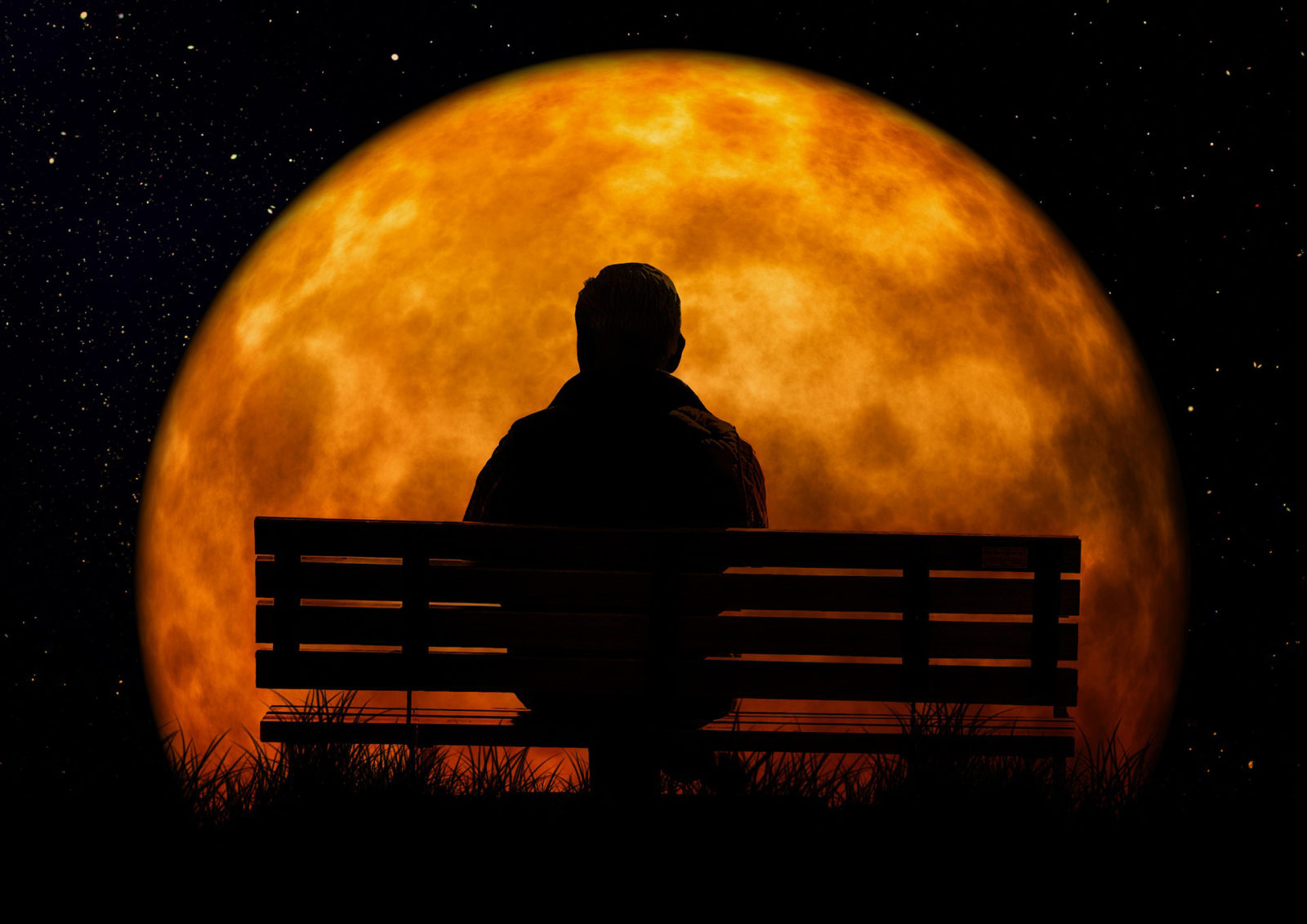 Photo by Gerd Altmann on Pixabay

The inaugural Retirement Reality Report in 2018 made it clear South Africa was sitting on a ticking time bomb. This year’s research reveals the situation is actually much worse, with even fewer people properly preparing for retirement than previously thought, and those who say they do have some sort of a plan know dangerously little about it.

A key issue that crops up often in retirement research is mounting financial pressure, which is preventing people from saving enough or at all for their golden years. Findings aligned very closely with a widely quoted National Treasury statement that only 6% of the country’s population was on track to retire comfortably.

According to information released by StatsSA in April 2019, 49.2% of South Africa’s total adult population of 35.1-million live below the upper-bound poverty line.

“Without action to tackle the retirement savings crisis in South Africa this will be pushed significantly higher as more and more of the retiring population slip into poverty,” is a message loud and clear in the latest annual Brand Atlas survey, which is compiled on behest of 10X Investments.

The report also shows that too many South Africans think of saving as a low priority expense, a luxury even, rather than an essential investment.

Brand Atlas sampled 15.1-million economically active South Africans, as determined by StatsSA and with a monthly income in excess of R7,600, through online surveys.

“This talks to two things: that times are extremely tough for very many people, and that too many people think of retirement saving as a low priority expense rather than an essential investment,” 10X said in an accompanying note.

In 2019, a total of 67% of respondents in the Brand Atlas survey indicated they had no retirement plan, or just a vague idea of one, 8% more than the number reported in 2018.

Almost half the respondents (46.2%) said they were not saving for retirement at all, with the overwhelming majority (91%) blaming insufficient means or other priorities.

Among those who say they have a plan, nearly half didn’t know what fees they paid while 16% said there is no fee. The fee paid on an investment might be difficult to find (and almost impossible to understand) but you can be sure there will be a fee.

The report was expanded in 2019 to include a chapter on the role of employers in South Africa’s retirement crisis.

More than half of those survey respondents who had some sort of a retirement plan had at some point belonged to a corporate retirement savings fund, yet few knew much about the funds they were paying into.

More than 60% of them said they knew little or nothing about the fund or were not interested, with 37% wishing they knew more.

“However, many members opt to cash out their benefit, which is subject to tax, and this will result in them severely denting their momentum for achieving their retirement goals. Statistics from the wider retirement savings industry suggest the national average is, in fact, significantly higher than the 57% of respondents in this survey who claimed to have cashed out when exiting a fund,” says 10X.

This is an issue the recently enacted default regulations want to remedy.

Similar views of concern were raised at the Glacier IdeasLab events held across the country at the end of August. Industry experts presented their insights around retirement income planning to intermediaries who gathered at the various events.

“We tend to start saving too late,” was the message echoed by almost every presenter.

“As a result, 47% of people wish they had more income at retirement. “Very few retirees are taking that long-awaited cruise, it seems, and the basics of living – food, clothing, utilities – account for 59% of a retiree’s income compared to the 37% they expected it would be when they started on their retirement savings journey,” said Lesley-Ann Morgan, head of Multi-Asset Strategy, with a core focus on the firm’s strategic partnerships with clients globally at financial firm Schroders, UK.

She sketched a worrying picture of retirement income planning in South Africa, set against a global backdrop.

“While innovation and government financial protection of the aged and the ageing seem to define the strategies in the UK and Australia, South Africans are left wanting,” she said.

Morgan attributes this picture to economic forces (such as lower GDP globally); disruptive factors (such as regulation, technology and geo-politics), and investment challenges (such as unrealistic return expectations, lower returns, and people’s extended lifespan, generally).

But Morgan added that intermediaries and investment professionals also have a very important role to play in mitigating the impact.

And perhaps part of the solution. They could play a vital role in ensuring individuals are either not blindsided by unforeseen events or ill-prepared for the inevitable.

According to Nashalin Portrag, Head of FundsAtWork at Momentum Corporate, illness and disability, or the premature death of a spouse, can seriously hamper the probability of members reaching their retirement goals.

“In addition to playing havoc with an individuals’ retirement plan, he says, an unexpected life hurdle can have a major negative impact on someone’s lifestyle during retirement as well.”

Portrag reveals that cancer and psychiatric claims lead across all sectors and types of disability cover in South Africa.

“Momentum Corporate has seen an overall increase in cancer claims of 48% since 2012, representing 15% of all disability benefit claims in 2018.

“To make matters worse, the costs associated with treatment for this non-discriminatory disease continue to rise, with the typical medical costs for cancer treatment estimated to be as high as R1-million,” he adds.

Portrag further notes there are also many non-medical related or lifestyle expenses associated with cancer such as transport cost to chemotherapy, home nursing care and equipment and certain lifestyle adjustment expenses.

“These additional expenses add up very quickly and can cause significant financial vulnerability at a time when patients need to focus their energy on recovering,” he adds.

In addition, members’ levels of disability cover may not be sufficient which means they may receive a lower income during disability.”

“The unexpected death of a life partner or spouse can have a severe impact on the retirement outcomes of the surviving partner. Due to the sudden loss of an additional income, the cost of a funeral and other related costs such as grief counselling, they may find themselves under severe cash flow pressure if their partner was not adequately covered.”

“Besides most South Africans being underinsured and only able to replace approximately 38% of their salaries in the event of death, many do not take out spouse’s life cover,” he highlights.

“This insurance gap may force members to dip into their nest egg or to reduce their retirement contributions or pensionable salaries, and even cash out their preservation fund savings to cover their expenses.”

Unfortunately, a picture is already emerging that a lot of retirees are drawing down too much in their early retirement years, thereby risking having little or nothing left of their capital when they’re older.

Deane Moore, CEO of retirement income specialist Just South Africa, says there is a way to consciously consume more in your active retirement years, knowing that later on you can fall back on a lower income that at least covers your essential expenses for life.

When it comes to drawdown rates, the industry rule of thumb to maintain a steady level of income throughout retirement, taking increased longevity and inflation into account, is 4% a year.

Living annuities allow retirees to draw down anywhere from 2.5% to 17.5% of their capital a year as income.

However, according to the Association for Savings and Investment SA (ASISA) the average drawdown rate of retirees in living annuities is about 6.6%. This implies that more than half of living annuitants in South Africa are drawing more than 6.6% a year, thereby jeopardising their future pension.

Research conducted by Just in 2018 showed that 89% of respondents want a guaranteed income for life – something living annuities can’t provide on their own.

Recognising the problem of sustainability in a living annuity, the Financial Sector Conduct Authority (FSCA) recently announced that retirement fund members will be able to secure longevity protection within a living annuity. This comes following an exemption from its criteria for living annuities in a default annuity strategy.

In making the announcement the FSCA said this gives members greater choice and should encourage them to better protect themselves from old-age poverty.

“We are delighted that the FSCA has introduced this exemption which expands customer choice and will help improve the financial outcomes of people in retirement,” Moore says. DM

Note to Transnet: Cyberattacks only work when there are vulnerabilities to exploit