Is Melissa Whitehead a principled civil servant or a ‘cowboy’? 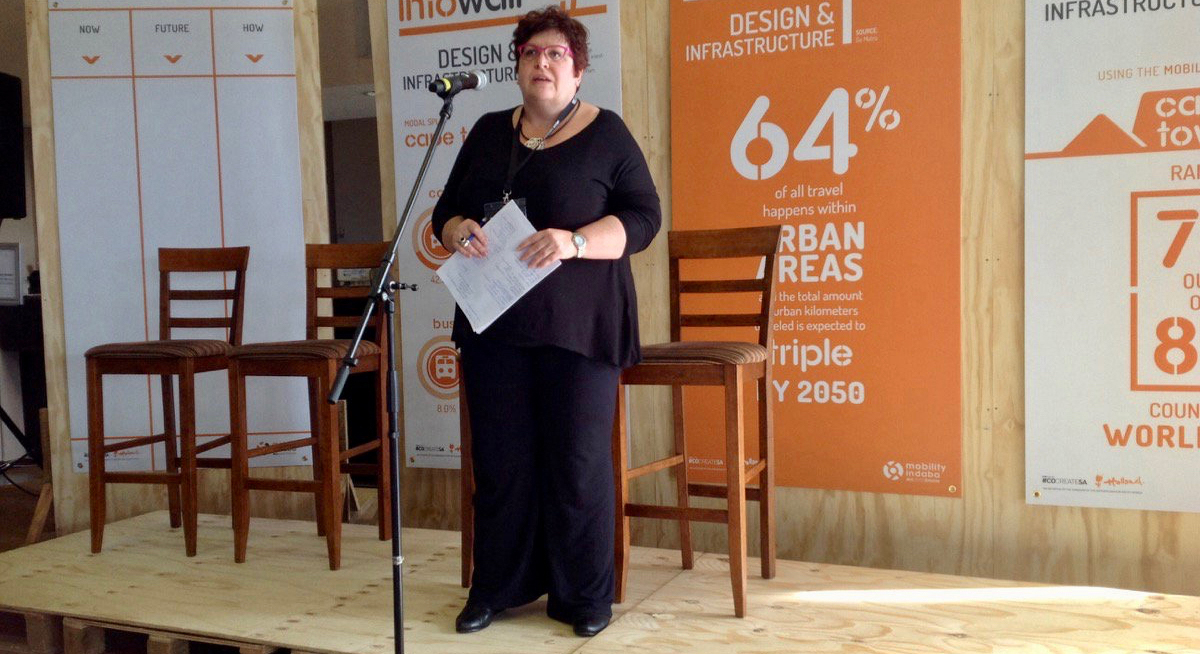 Her supporters say she was too progressive for Cape Town’s municipality. Her detractors accuse her of playing the victim.

“I can’t work for a city that isn’t committed to spatial justice.” So said Melissa Whitehead in an interview with GroundUp on 22 August, the day after she tendered her resignation with the City of Cape Town following almost two years of suspension.

Whitehead, previously the City’s executive director of transport, issued a statement on Wednesday saying she has “decided to walk away” from the City. In November 2017 law firm Bowman Gilfillan was hired to investigate allegations of misconduct following an affidavit given to the council by then executive director Craig Kesson.

Kesson implicated then-mayor Patricia de Lille, Whitehead and other top City officials, claiming that the mayor had covered for City officials who had mismanaged funds and abused their positions. This investigation and subsequent report resulted in Whitehead’s suspension, a vote of no confidence in De Lille, which she narrowly survived, as well as another disciplinary hearing to investigate allegations against Whitehead.

Following their first investigation, Bowman Gilfillan was hired to conduct a second, longer investigation that resulted in two confusing, and according to De Lille often contradictory, reports. This resulted in criminal charges being laid against De Lille and a second disciplinary hearing for Whitehead.

On Wednesday Whitehead was found guilty of two charges from the first disciplinary hearing, and not guilty of another two. The second hearing is null now that she has resigned.

“I declared I had worked with the applicant years before and had gotten to know them,” she said. “The definition of bias or personal interest isn’t properly defined, so there is no mention of acquaintances.”

But Whitehead was found not guilty of the two most serious: the theft of MyCiTi bus fares and the purchasing of Volvo bus chassis. The former involved weaknesses in the MyCiTi system that resulted in the dismissal of 22 cashiers after more than R40-million was stolen. The latter involved the purchasing of 29 Volvo bus chassis (the load-bearing part of the vehicle) for the N2 express before the bus bodies had been bought. Whitehead alleges that the purchase was managed primarily by the city manager.

In a ruling she believes to be “particularly egregious”, Whitehead was found guilty of misconduct relating to the Foreshore Freeway project scandal, including attempting to influence members of the Bid Evaluation Committee and a failure to treat one of the bidders fairly.

The project originally called for the development of the Foreshore Freeway area in 2016, allowing bidders the option to complete or destroy the partially built freeways in the area as long as the chosen bidder built affordable housing.

Whitehead said she was vehemently opposed to the option of Bidder F, now known to be Mitchell du Plessis and Associates (MDA) because the proposal “wasn’t in line with the mandate of spatial justice”. Whitehead told GroundUp she believed it was important for her department to focus on rectifying apartheid spatial planning by making the city more accessible to everyone. “It was our mandate. We had to redress apartheid injustices to the best of our abilities.”

MDA proposed the creation of 3,200 market units and 450 affordable housing units, many of which were located underneath the highway.

“They wanted to build three stories of affordable housing directly underneath the highway, with only one side open for a door and windows,” said Whitehead. “I can’t work for a City that believes that is acceptable to humanity.” She condemned the project for being similar to apartheid when she was originally placed on suspension.

A housing activist GroundUp spoke to was also unimpressed with the social housing component of the winning bid, as well as all the other bids. He remarked that if Whitehead had her way, then two bids would have made it through to the next round which would have opened the possibility of improving their social housing components. But the architect for the MDA bid has written in defence of the project.

The Foreshore Freeway project was cancelled when then-city manager Lungelo Mbandazayo scrapped the Bid Evaluation Committee, apparently because of Whitehead’s actions. It has yet to be restarted.

In his affidavit, Kesson highlighted a report by due diligence advisor Moore Stephens in which Whitehead’s conduct and integrity as a member of the Bid Evaluation Committee is questioned. The report said Moore Stephens was concerned about “an absence of objectivity, impartiality and a lack of consistency on the part of Ms Whitehead”.

In July 2018, then deputy mayor Ian Neilson sent out a WhatsApp message stating that the freeway project, as well as Whitehead’s department, were run in “a cowboy fashion” that made them “open to corruption”. Whitehead is currently suing Neilson for defamation and reiterated that she has not been found guilty of financial misconduct or corruption.

But Whitehead believes the media was used against her by City officials, to paint her as a villain and distract people from bigger problems within the City.

“I was the fall person,” Whitehead told GroundUp. She believes she was used as a means to get rid of De Lille and “get out of the way”. In her resignation statement, Whitehead says she was “subjected to unfathomable victimisation and bullying by the leadership and management of the City of Cape Town” during the months of her suspension.

According to Mark Rountree, executive support officer to Brett Herron at the time and policy development expert, Whitehead was specifically targeted because of her views.

“It was a witch-hunt,” Rountree told GroundUp. “In my opinion, she was too progressive for the City to handle, so they made a way to get rid of her.” According to the City, Whitehead handed in her resignation before sentencing could take place.

“When I ask myself if I would do it differently now, I don’t think I would,” Whitehead told GroundUp. DM