The Gupta-owned Oakbay Investments has resuscitated a civil claim against businessman Iqbal Survé, as well as his companies, and now also targets former PIC boss Daniel Matjila, whom it alleges colluded with Survé to block it from clinching a stake in Independent Media.

Oakbay Investments – the only Gupta entity not currently in business rescue – claims that Survé and his companies Sekunjalo Investment Holdings and Sekunjalo Independent Media had colluded with Matjila to unlawfully deprive them of taking up a 50% stake in the company that owns titles including The Argus, The Star and the Cape Times.

The case draws Survé and Matjila into a common battle against the Guptas, who are now living in self-imposed exile in Dubai.

It comes as the family’s once cash-hungry empire takes centre stage in corruption investigations by the State Capture Commission, the Hawks and the National Prosecuting Authority. Survé’s own PIC-funded deals, including the acquisition of the newspaper company, are under the microscope at the Mpati Commission in Pretoria.

Daily Maverick was unable to obtain comment from Survé (see note at bottom of the article) but Matjila is defending the claim.

Matjila’s lawyer Brett Murison confirmed receipt of the summons, saying his client “most definitely” intends opposing the claim as well as the unsubstantiated one of collusion, and has filed a notice to that effect at court.

In court papers, Oakbay states that Survé and his companies had colluded “on more than one occasion” with each other and Matjila to “manufacture” and postulate a decision on behalf of the PIC to block the Guptas acquiring a stake in the media company.

And, that in doing so, they had allegedly unlawfully and wilfully conducted themselves in a way to obstruct the execution of a call-option agreement intended to give the Guptas a 50% stake in Independent Media.

This has caused Oakbay “severe harm,” resulting in damages of R1-billion, calculated as the value of the option shares had the agreement been implemented, Oakbay stated in a summons issued on 24 July 2019.

Oakbay demands not only the staggering amount in damages, but also seeks payback of R20-million that the Gupta company says it had coughed up in fees for the deal.

In what appears to be a case of ja, well, no fine, the summons shows that at the very least, the Guptas want Survé and his companies to repay them R11.4-million they had paid to Survé’s 3 Laws Capital South Africa as a facilitation fee and another R8.9-million paid in transaction fees due to an international institution. 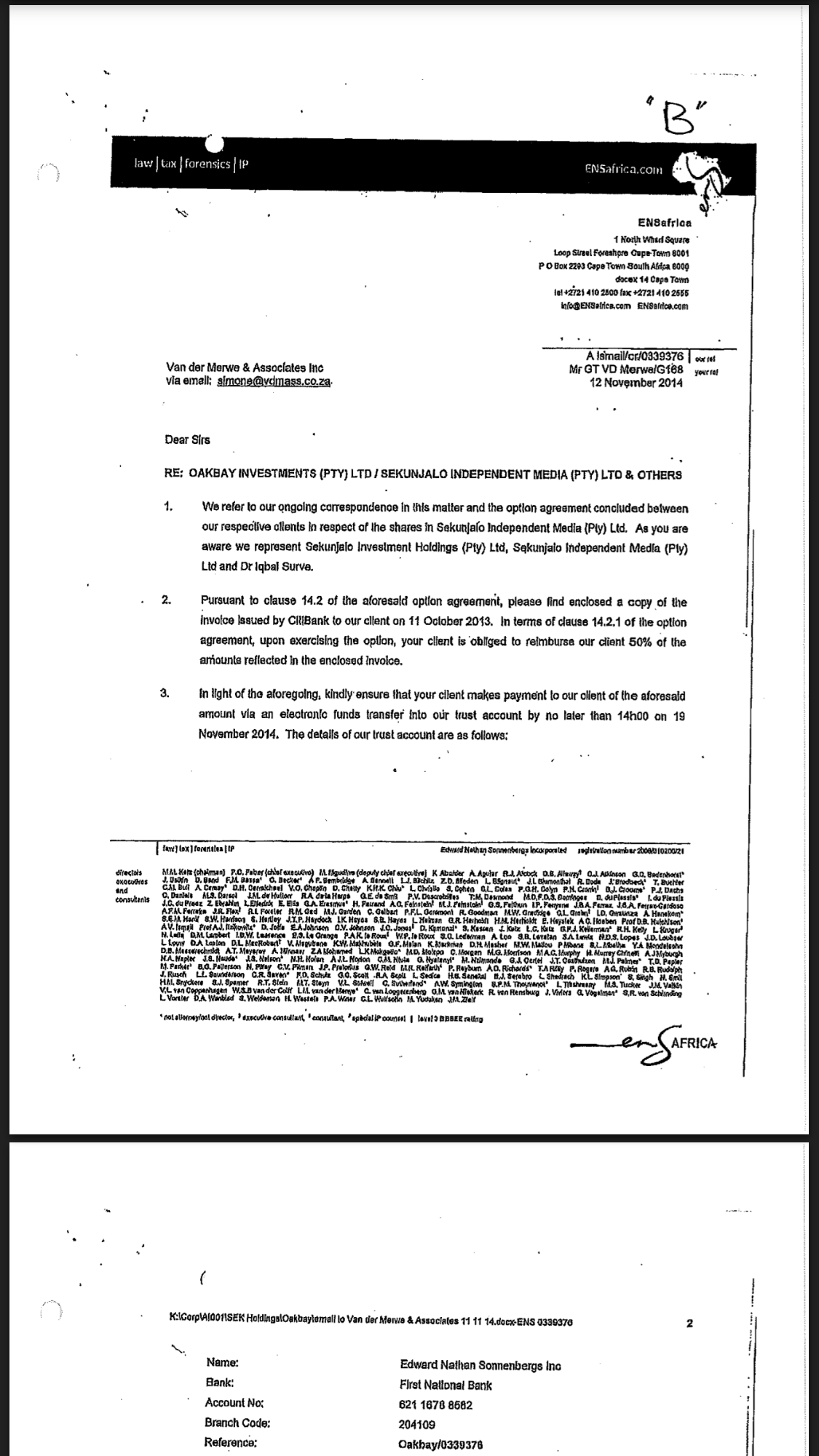 Oakbay included a November 2014 letter from Sekunjalo demanding it pays the R8.9-million in facilitation fees as part of conditions precedent along with proof of payment into Sekunjalo’s attorneys’ trust account. 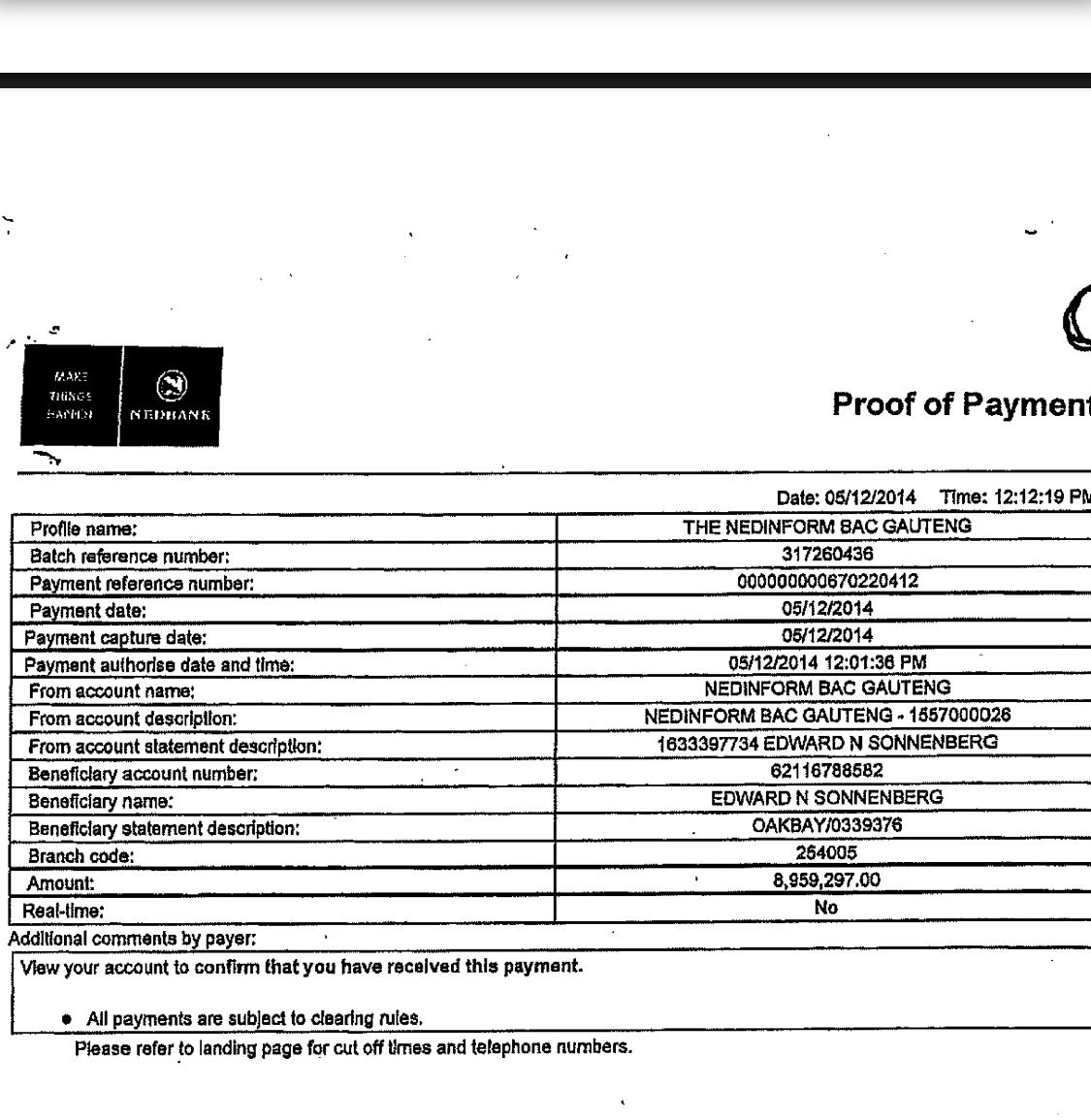 Then, on 11 March 2015, Survé and his companies, via lawyers, allegedly demanded payment of the “facilitation fee,” albeit in the form of a somewhat tense letter that suggested the deal would collapse unless the Guptas stopped stalling and paid-up within 15 days.

Court papers now filed include proof of payment from Gupta lieutenant Ronica Ragavan on March 25 2015, for this as well. 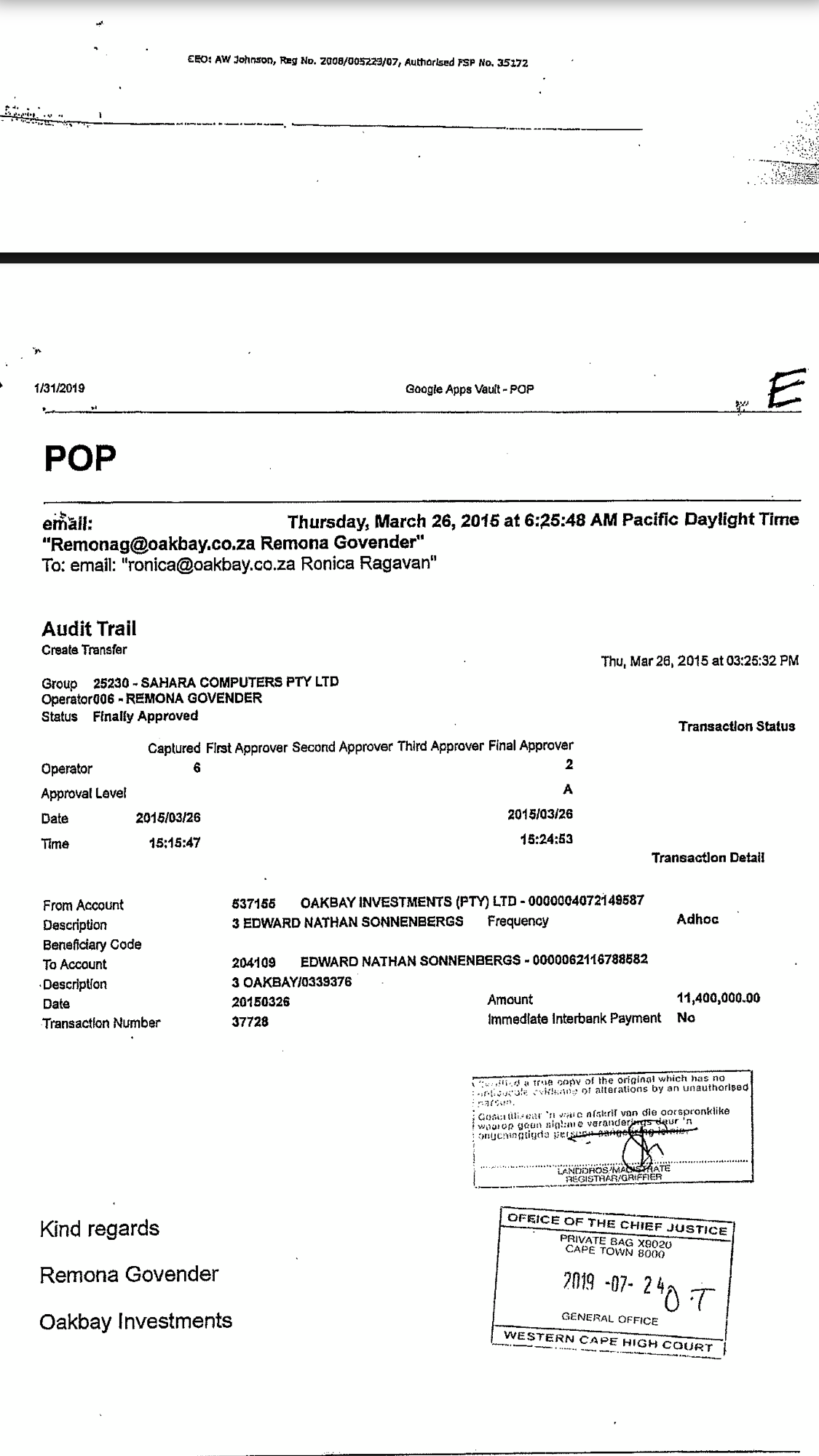 Those payments, Oakbay argues, formed part of a set of conditions for them to be allowed to take up their stake in Independent through the call option agreement.

But, while Oakbay had forked out millions, a third, vital condition involved approval from the PIC, which bombed when Matjila, purportedly acting on behalf of the PIC, declined to give it the green light.

Oakbay claims that it had tried, unsuccessfully, since August 2013 to exercise the call option. It had in the meantime run its own media company, The New Age, which was particularly successful at extracting government advertising thanks to the involvement of among others, former president Jacob Zuma.

The anticipated joint venture with Survé crashed in January 2017 – a time marked by immense public pressure on Gupta companies following revelations of their State Capture dealings – when the PIC, through its attorneys, informed Oakbay that it had decided not to consent to their planned acquisition of shares in the company.

It is remarkable that the Guptas have emerged from the shadows of self-imposed exile to serve summons over this long-standing feud.

They are in Dubai, having refused to return to South Africa to appear at the Zondo Commission, while Ragavan holds the fort at Oakbay as one of two current directors.

The company was stripped of banking facilities in 2016 when SA’s major banks shut the accounts of a string of Gupta companies.

The damages claim may well be viewed as wishful thinking by some, but it draws Survé and Matjila into a common battle against the once-powerful family– their relationship already under scrutiny over questionable multibillion-rand deals funded by the PIC during Matjila’s tenure.

Daily Maverick’s Sikonathi Mantshantsha recently reported that Matjila should accept responsibility for some of the poor funding deals that PIC has engaged in. Among those deals is a R4-billion transaction for a 30% stake in AYO Technologies of which Survé is a controlling shareholder – a deal that is currently the subject of High Court litigation as the PIC wants out. DM