‘Rogue Unit’ reporters fire a shotgun at CR17, spray shoot many others 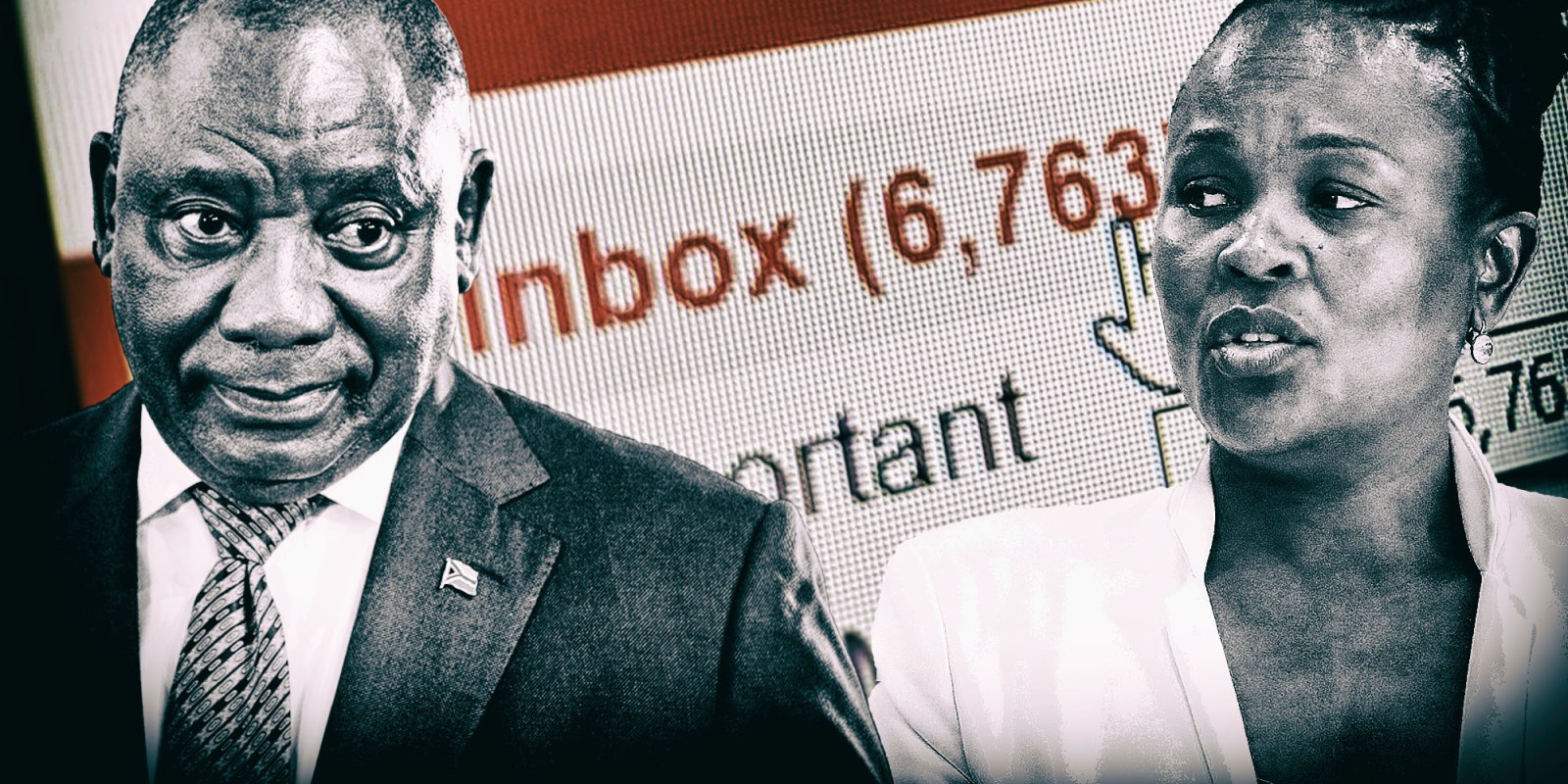 The Sunday Independent report is likely to raise questions about how this information became public. In the middle of it all is a certain politics playing out among media organisations reporting on the issue.

While the apparently never-ending tussle between President Cyril Ramaphosa and Public Protector Busisiwe Mkhwebane was gearing up for yet another round, a new report has emerged revealing the identities of CR17 donors as well as some of the recipients from the Ramaphosa campaign. The details quoted appear to show that people such as Nicky Oppenheimer and former Absa boss Maria Ramos gave money to the Ramaphosa campaign. The report appears to have been designed to help ‘ground troops’ intensify pressure on Ramaphosa.

However, there are serious questions about whether, given the intense and already cemented divisions in SA politics, the report will change the actual politics at play. At the same time, the easy availability of what is usually private information is likely to raise questions about how it became public in the first place. Caught in the middle of it all is also certain politics that are currently being played out among media organisations reporting on this issue.

The Sunday Independent published a front-page report claiming that a “group of politicians, campaign managers and strategists earned millions” for their roles in the CR17 campaign. It suggests that people such as former NPA CEO Marion Sparg, Small Business Development Minister Khumbudzo Ntshavheni and former Free State MEC Mxolisi Dukwana received money for their roles in the campaign.

The report emerged after the president had put through a legal request to the court hearing one of his review applications against Mkhwebane’s findings. In that request, Ramaphosa had asked for the financial records uncovered by Mkhwebane to be kept sealed from the public. Normally, they would be part of the court record, but records like this can be sealed in certain circumstances (although it is always controversial to do so).

Mkhwebane’s office has said that for the moment she plans to release the details of these court documents anyway, in the normal course of responding to Ramaphosa’s court application (although that does not suggest she would necessarily go against the orders of a judge).

On reading the details of this apparent leak of Ramaphosa’s campaign records, there are many who would immediately suspect Mkhwebane’s office. It is impossible to know, at this stage, where the leak came from. But it should not be forgotten that offices leak, sometimes at the behest of their leader and sometimes not. During Thuli Madonsela’s occupation of that office, leaks occurred regularly. Sometimes those leaks appeared to be to the benefit of the person she was investigating, sometimes they appeared to be her benefit.

However, it is likely that those who had access to all the emails that piece together these payments may be very few in number. There would be those at the top of the campaign, the Public Protector’s office and perhaps several people who have the ability to intercept emails (which would point the finger at people in the State Security Agency, which was obviously dominated by the Zuma faction in 2017, when these emails were circulated).

One of the difficulties with the Sunday Independent report may turn out to be the claim that people who received money from the campaign actually “benefited”. This is because payment to a person involved in a political campaign may well not be just a salary or payment for services. It would seem unlikely that Ntshavheni and Sparg were paid so much money just for working hard during a political campaign. In other words, while money may have moved from the CR17 campaign account to the accounts of Ntshavheni and Sparg, that money may then have been used for campaign activities.

While these entities are not further described, in the current context in which a reporter from the Sunday Independent, Piet Rampedi, has publicly attacked journalists at the Sunday Times and Daily Maverick, it could well be that these media organisations are being lit up as targets here.

The past few weeks have seen Rampedi (and others) tweeting claims about a “media cabal” with no justification to substantiate his claims. Rampedi was one of the journalists who wrote the original Sunday Times story about a since-disproved SARS “Rogue Unit”. He has refused to accept the original Press Ombudsman ruling on the story, or the decision by the paper to retract its claim. Another journalist who wrote the Sunday Independent story, Mzilikazi wa Afrika, also wrote the Sunday Times Rogue Unit story. He was let go by the Sunday Times after it retracted its entire SARS coverage.

(For the record, the Editor of Daily Maverick, Branko Brkic, received a request for comment on this issue from the Sunday Independent at 14:14 on Saturday, giving him until 17:00 to reply. The questions included whether Daily Maverick did get a payment from the CR17 campaign team, and if so, what was it for?

His reply was: “Nope, never. Have no idea what you’re talking about. We’re not in connection with anything called Maverick State whatsoever. Or CR17 in any way.”

Of course, that did not stop the trolls, both real and digital, from making up and repeating the accusation that Daily Maverick was paid by CR17. Reverberators of that many-times-repeated lie, among others, included EFF spokesperson Mbuyiseni Ndlozi.)

This strongly suggests that the only reason to publish this particular paragraph was to give those who use Twitter as a political tool against media organisations some sort of ammunition. Even when the facts do not bear it out (at the same time, there is an interesting hypothetical conversation to have about what a supposed payment of R5,200 to Times Media could possibly have been for… a series of annual subscriptions perhaps?)

The next question, of course, is what next?

For the moment, it appears the defining issue of this saga is whether people in the ANC change their minds on Ramaphosa and whether that could weaken him. Last week’s statement from the party, in which it strongly backed him, still appears decisive. This is because it would be difficult for the party and its top leadership to change tune publicly now on this issue (even though that leadership includes ANC Secretary-General Ace Magashule).

Then there is the question of whether it changes the minds of the voting public on Ramaphosa. This seems unlikely, simply because of previously noted, and well-entrenched, divisions in our politics. It may well be that those who are frustrated by Ramaphosa’s presidency so far are more annoyed at his lack of action than about any of the information that has now seeped out about his campaign.

In the meantime, there are more court battles to come. So far, Mkhwebane’s actions have been found to include lying under oath (by the Constitutional Court), to have been “nonsensical” (by the North Gauteng High Court in the Pravin Gordhan case) and “mind-boggling” (by another judge in the same court) in the latest case brought by Ramaphosa.

Each of these rulings surely weakens her in the court of public opinion, if there is such a thing anymore, and strengthens the case for Parliament to act against her. She now also faces possible criminal charges. It may now be that her situation is becoming too weak for her to continue. If she were to leave the office that would surely weaken Ramaphosa’s opponents.

Unless they are ready to open a new front in their battle against him. DM