The Komape family has a right to equality and human dignity 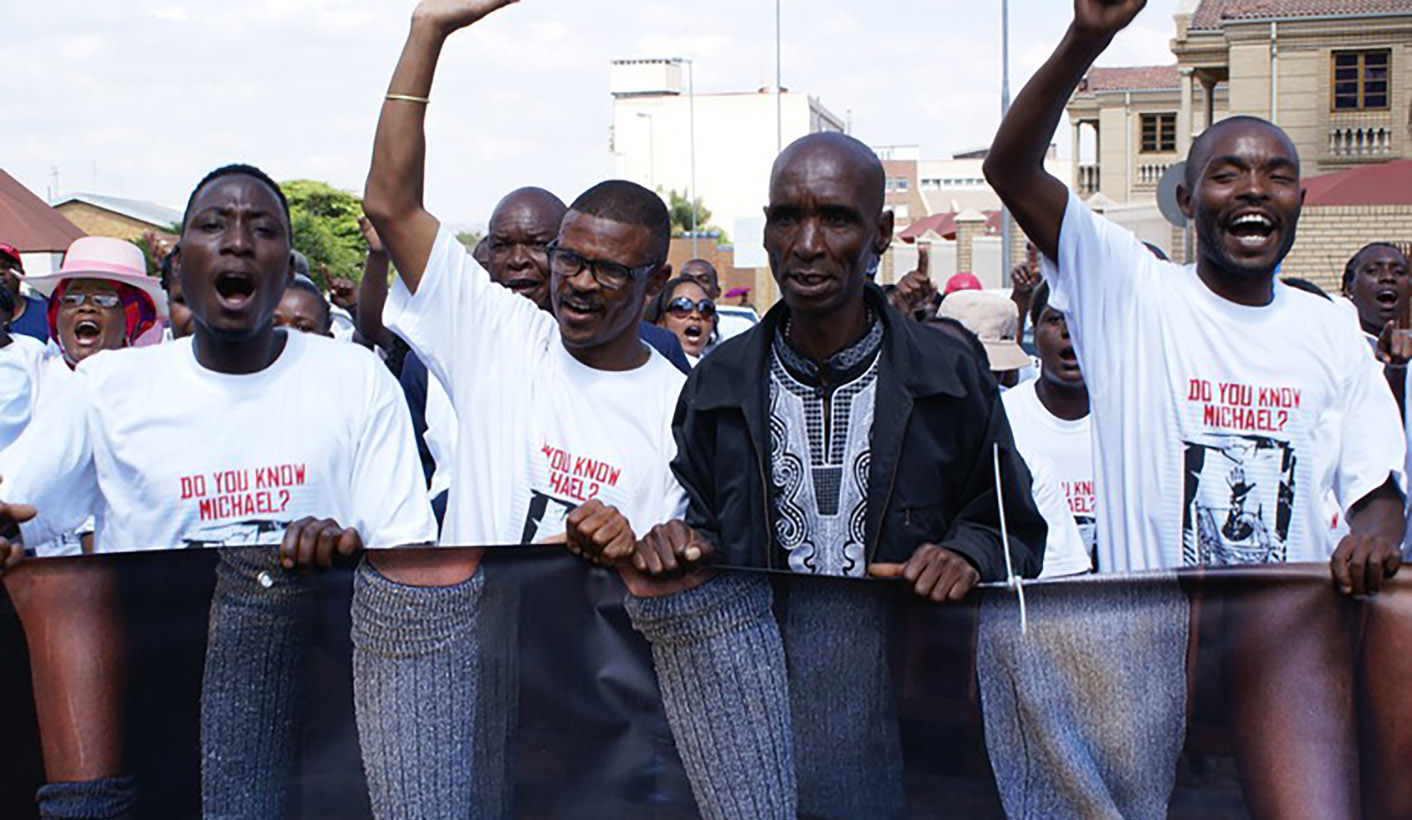 At a recent gathering of legal professionals, I could not hide the look of dismay on my face when a fellow attorney noted his agreement with the court a quo’s decision in the case of Rosina Komape v Minister of Basic Education in relation to the court’s decision to deny the family’s claim for constitutional damages. The floodgates would be opened.

This is part of a series of Op-Eds by Section 27. See previous article here

How could one possibly agree that this family who have lost their child in the most deplorable of circumstances, at the hands of the state’s failures to meet its constitutional obligations, was not entitled to constitutional damages?

On 2 September 2019, the Supreme Court of Appeal (SCA) will have the Michael Komape case before it. Following the tragic death of their son and brother in a pit latrine at Mahlodumela Primary School in Limpopo in 2014, the family represented by SECTION27 instituted damages claims against the Minister of Basic Education and others. The family sought various heads of damages which will be addressed on appeal; these include damages for emotional shock and trauma, a declaratory order, future medical costs and development of the common law in respect of claim for grief and in the alternative constitutional damages. 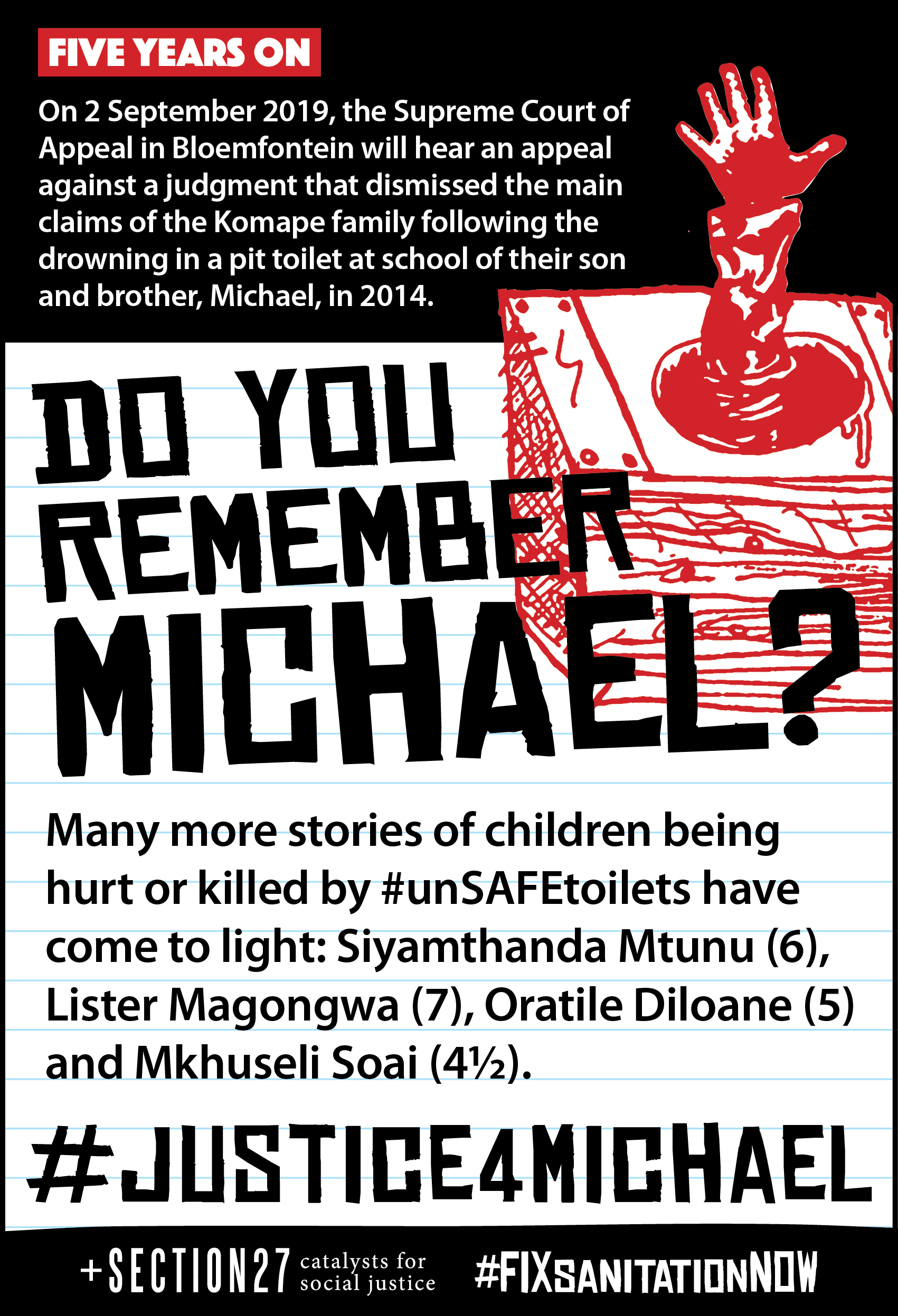 Fose had been assaulted by members of the South African Police and claimed that his constitutional right not to be tortured and not to be subjected to cruel, inhuman or degrading treatment had been violated.

While the court was not convinced that the country’s scarce resources should be used to pay punitive constitutional damages to Fose, who had already been fully compensated for his injuries, the judgment did concretise a few principles in relation to “appropriate relief”. The court noted that appropriate relief may take the form of constitutional damages where such an award is necessary to protect and enforce rights in the bill of rights2 .In doing so however courts would need to 1) assess the circumstances of each case and 2) evaluate whether the appropriate remedy can be satisfied by compensatory damages under common law.

In Kate4 the SCA granted constitutional damages following the unreasonable delay on the part of the Eastern Cape Department of Welfare in considering and granting an application for a social grant. The court also noted that the evidence had shown a “conspicuous and endemic failure”5.

Comparatively, the uncontested evidence in Komape confirmed the State’s knowledge of the dire state of sanitation in the province and its failure to remedy this in line with its constitutional obligations.

More recently in 2018 the Life Esidimeni arbitration saw retired Deputy Chief Justice Dikgang DCJ Mosekene award constitutional damages in the amount of R1-million to each claimant following the decision of the Department of Health to terminate its contract with a private health establishment resulting in the deaths of at least 143 mental healthcare users.

In April 2019 the SCA granted constitutional damages in the amount of R1,500 to each of the 27 homeless applicants in the case of Ngomane v City of Johannesburg Metropolitan Municipality6 after being forcibly removed from a traffic island in Johannesburg and having their property destroyed. The SCA confirmed the destruction of the applicant’s property to be unconstitutional and unlawful and saw the award of constitutional damages as being appropriate to “vindicate the Constitution and protect the applicants and others similarly situated against violations of their rights to dignity and property in the manner envisaged in Fose”7.

In Komape the uncontested evidence revealed that the Komape family is indigent and sits on the margins of society; this is true for so many rural black families in South Africa. The relief that compensation in the form of constitutional damages can afford Michael’s family in this regard is that of a vindication of their constitutional rights where the state has in the most egregious of ways violated their rights to equality, human dignity, life and education.

The Komape family has to date received a total amount of R147,372.65. If we reflect on the claims that are being appealed it is only the claim for the constitutional damages together with the declaratory order which seeks to vindicate the constitutional rights of the family; all the other claims arise from future medical expenses, funeral costs and loss of earnings.

We remain hopeful that the Komape family will get the justice they deserve. DM

Education Attorney Sheniece Linderboom is Attorney of record for the Komape case and works at SECTION27.

3 President of the Republic of South Africa and another v Modderklip Boerdery (Pty) Ltd (Agri SA and others, amici curiae) 2005 (3) SA 3 (CC)