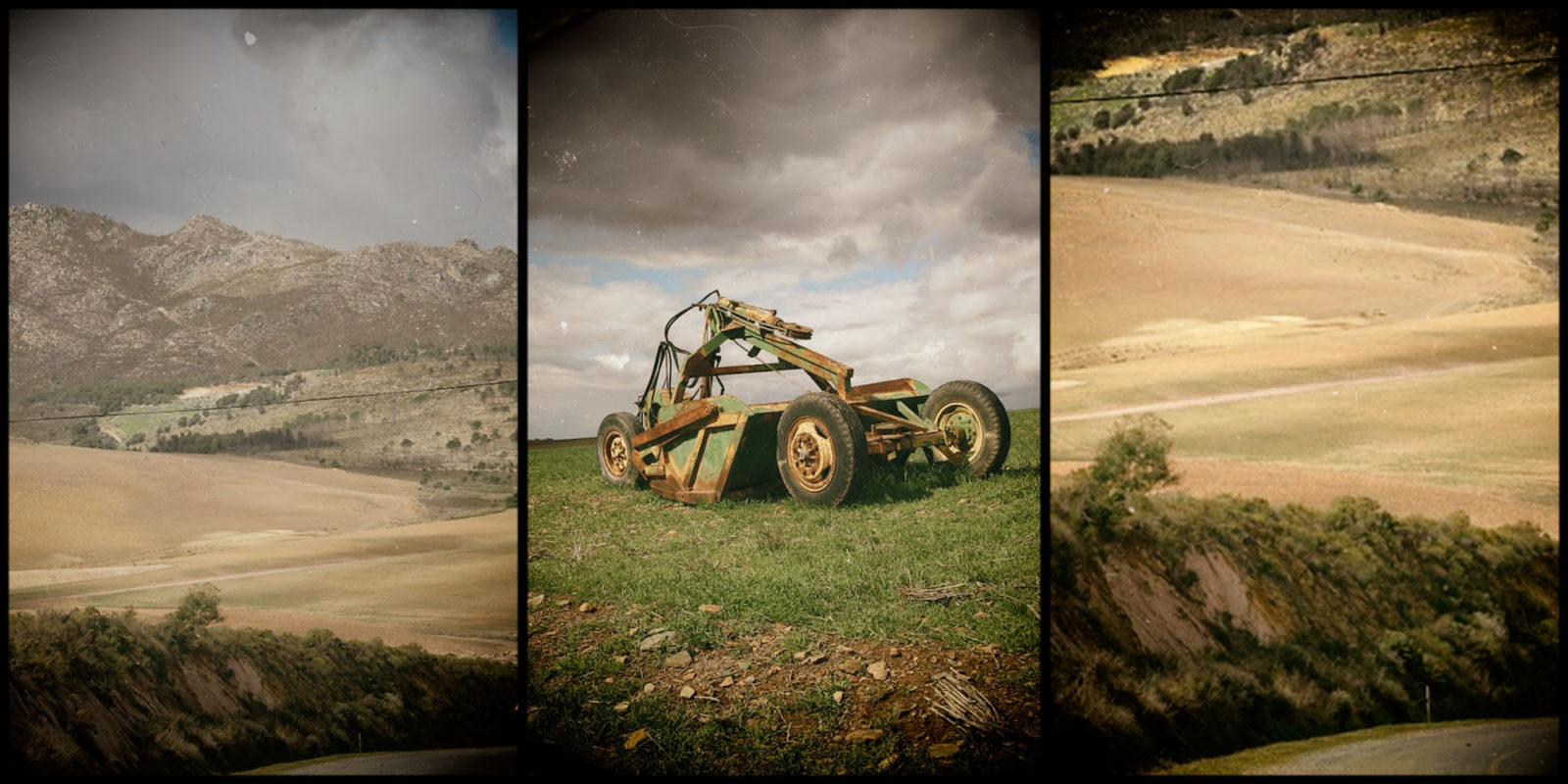 The Cabinet has given itself two months to study the Presidential Advisory Panel on Land Reform and Agriculture report, according to Thursday’s Cabinet statement. (Photo: Leila Dougan)

Land expropriation without compensation is a method to acquire land, but not the sum total of land reform or restitution. That’s the short and sharp from the Presidential Advisory Panel on Land Reform and Agriculture, whose report was released on Sunday 28 July.

Over 144 pages, the report traces a series of innovative interventions on land reform – including a register for all types of land ownership, a land reform fund and voluntary land donations by businesses, farmers and churches – as well as some controversial proposals.

Those contentious issues are not limited to the majority endorsement of expropriation without compensation, but include a review of the Ingonyama Trust, which holds the majority of land in KwaZulu-Natal and is currently before court for turning traditional communal land tenants’ rights into leases for the trust’s gain.

“Sixty percent of land rights are not recognised, recorded or registered,” said panel chairperson Dr Vuyo Mahlati in reference to residents in informal settlements and communal traditional areas, as well as farm dwellers and labour tenants.

That needed to change to effect the required fundamental structural change for social justice and redress as outlined in the Constitution.

“Our country has to face the reality that our colonial and apartheid past, as well as the current inequality perpetuating economic trajectory, has excluded many from the mainstream. The majority of South Africans are either asset-poor, or sit with unrecorded or devalued assets…” is how the report puts it.

Central to the panel’s recommendations is a rights-based land regimen with occupants at the heart of legal recognition regardless of their status or location. Individual title deeds, while remaining in place, would not be the only legally recognised right in “a mixed tenure model ranging from freehold, communal to multi-level ownership arrangements”.

For that reason, the panel proposes land administration as a new pillar of land reform. Also needed is legislation to establish a land register, alongside an amendment of the deeds registry law, and a law to recognise informal land rights.

The panel pointed out how the state’s failure to act had contributed to the problems in land reform and restitution. One example is the dilly-dallying for nine years to redraft communal tenure legislation after the Constitutional Court in 2010 declared the then law invalid.

Alongside the recognition of land rights, the panel is proposing a rapidly unfolding, pro-active land acquisition process. This would largely centre on unused state land, or land belonging to state-owned properties being released for other uses, including housing developments in well-located urban areas.

However, a proactive land acquisition strategy would also involve the private sector – churches, mining houses, companies and even individual farmers – voluntarily donating unused land in what is a carrot-and-stick approach.

A land donation policy to be developed would give tax breaks and incentives for such land donations. The flip side would be tax penalties to “disincentivise” keeping large tracts of unproductive land.

“The tax system must be premised on the recognition that land must serve a social function that is of public benefit. The relative merits and potential demerits of such a tax, its design, thresholds, exemptions and use of revenue, should form part of the terms of reference of the inquiry,” says the report.

The proposed land reform fund also falls into this space, alongside revisions of how the Land Bank functions – it could, for example, issue land bonds, the panel proposes – to ensure emerging and small-scale farmers can more readily access credit and financing.

The proactive land acquisition should not be limited to rural or agricultural land, according to the panel. Given the rapid urbanisation – already just over 63% of South Africans live in urban areas, according to Statistics South Africa – urban spatial and land use planning is under pressure. The panel recommended that government audits and releases state-owned land and land held by SOEs, together with abandoned or unused private land for inclusionary well-located housing developments to redress the lingering spatial segregation.

Even if municipalities are in poor working order – the auditor-general’s report in June 2019 showed only 18 of 257 councils had clean audits – their role in urban land reform is key, given the proximity of local government in people’s daily lives.

Cognisant of this, the panel has recommended the drafting of an urban land reform policy and proposed district land reform boards in each of South Africa’s 52 districts to ensure grassroots, meaningful and democratic participation.

Other key institutional reforms were: ensuring women could exercise their land rights, revisioning the Land Claims Court into a Land Court for all matters land, reviewing water rights allocations, and drafting a compensation policy to steer the Office of the Valuer-General away from only applying market values.

And, the panel recommended, the government should ditch rural development – that function must be co-ordinated across departments such as agriculture, human settlements, public works and infrastructure – and establish a land and agrarian reform agency.

Reforms must also close the door on corruption in land restitution and reform programmes that the panel has identified, although it drew attention to the fact that much of it is in the public domain. Identified corruption is opportunism such as bribery and land price manipulation, fronting, political interference and government officials’ meddling and “illegitimate, undemocratic and unaccountable” transactions involving community land.

Coincidentally, some dodgy dealings involving communal land are before the courts, which have ruled that communities must have a real and meaningful say and cannot be simply dispossessed of their tenure rights. Or as panellist Professor Ruth Hall said on Sunday: “People can’t be dispossessed without their consent to make way for mining or other activity…”

Fighting corruption in land reform and restitution would mean greater accountability in how land is acquired and tightening the criteria for beneficiary selection. Elected public representatives must conduct more rigorous oversight, said the panel.

“The panel has concluded that the patterns of corruption are not merely due to ethical lapses by individuals. Our view is that the land reform process, as it is currently configured in law, policy and institutions, is prone to corruption…”

With expropriation without compensation dominant in the public discourse for the past 18 months, the panel met it head-on, suggesting wording for a constitutional amendment to ensure zero compensation is a possibility. And it recommended expropriation could be considered for unused or under-used state and SOE-owned land, abandoned, highly-indebted land or land obtained criminally or held for speculation, but also for informal settlements, inner-city buildings with absentee landlords and farm equity schemes.

But it’s on compensationless expropriation the panel divided 8:2, with farming tycoon Nick Serfontein and AgriSA president Dan Kriek opposing any mention of it. Other areas of disagreement, also between the two dissenting voices, included land rights for farm workers and the majority view against private title deeds in communal areas.

As in the panel, Parliament will have to deal with the politicking and political brinkmanship that’s set to erupt after the ad hoc committee on amending Section 25 of the Constitution was revived on Thursday 25 July from the pre-May election national legislature. That motion brought out the political fault-lines, requiring a vote to carry of 189 for and 67 against.

The panel recommended the Expropriation Bill must be passed speedily to replace the apartheid-era 1975 Expropriation Act still on the statute books. That’s set to get tempers flaring, as did the panel report, slammed by AgriSA and the DA, which is for private title deeds in communal areas and opposed to expropriation without compensation.

The panel is pushing for speedy implementing of its recommendations or, as Mahlati put it on Sunday, “as soon as we leave”.

But Cabinet has given itself two months to study the report and revert back, according to Thursday’s Cabinet statement.

And on Sunday, Agriculture, Rural Development and Land Reform Minister Thoko Didiza did not give anything away – not in terms of implementation, nor timelines.

“Cabinet has noted the report of the panel and referred the report to the departments for analysis and the identification of action plans that they will present to the IMC (inter-ministerial committee) and then to Cabinet for adoption and execution.”

But time’s running out. The Presidential Advisory Panel on Land Reform and Agriculture nailed it, right at the start of its report:

“It is critical, however, for the panel to reiterate that constitutional amendments are not, on their own, the only tools available in order to bring redress to the people. The panel therefore emphasises the critical importance of government’s political will and ability to implement policies for the benefit of the people.” DM