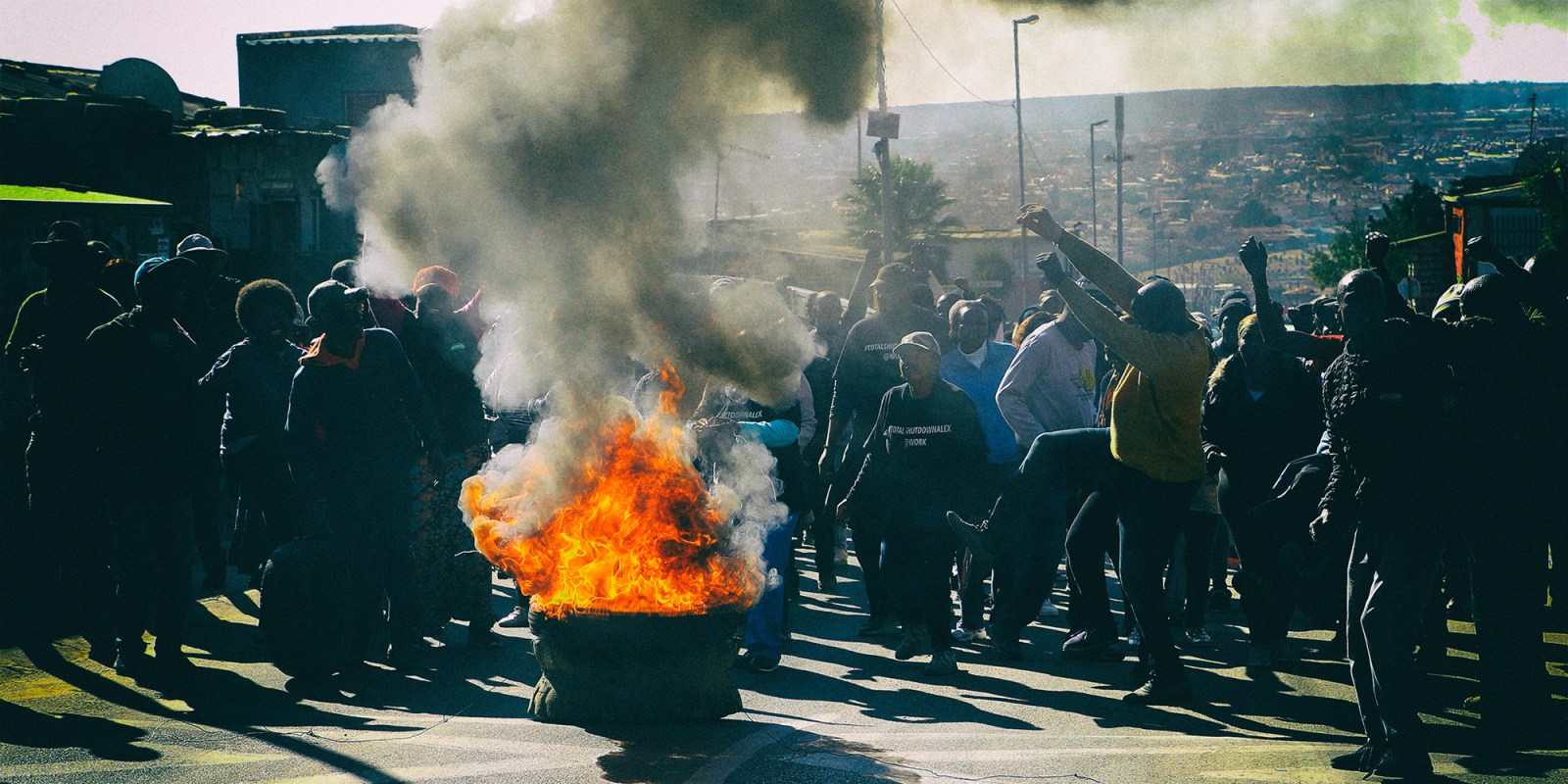 There is still no clarity over what exactly happened to, or was done with, the R1.3-bn allocated for the Alexandra Renewal Project.

Gauteng MEC for Human Settlements Lebogang Maile has exonerated his brother in the case of missing R1.3-billion meant for the Alexandra Renewal Project (ARP). Maile stuck by his earlier assertion that the money was never allocated physically but was based on a business plan at the time.

On 24 June 2019, Johannesburg mayor Herman Mashaba described Maile’s assertions as “misguided”, and said an ongoing investigation into the ARP revealed disturbing evidence that undermined efforts to bring development to the residents of Alexandra.

Maile was speaking on Tuesday 23 July at the South African Human Rights Commission (SAHRC) in Braamfontein during his presentation before the inquiry into Alexandra, held jointly with the Public Protector’s Office. The SAHRC convened the hearing to probe socio-economic conditions in Alexandra following weeks of housing-related protests.

The inquiry also seeks to establish the whereabouts of the missing R1.3-billion.

Maile said people with information should approach his department so that those implicated in the ARP corruption can be brought to book.

The SAHRC’s provincial manager, Buang Jones, began by asking Maile if he was concerned about corruption in the ARP, to which Maile replied:

“You said you will take steps against the EFF, what informed your decision?” Jones asked Maile.

Maile responded that people were making wild allegations regarding the ARP funds. He said EFF Gauteng chair Mandisa Mashego had made defamatory statements which prompted him to approach the police. Maile said he was tired of answering random questions on the ARP and that some people kept linking him to the corruption.

“Is your brother exposed to the political space?” asked Jones.

He said his brother was a programme manager, one of seven managers who handled the ARP. Maile said he failed to understand why people kept linking him to corruption in the ARP.

“They link you because of your brother Mike Maile,” Jones told Maile.

“The project had seven managers – why single out my brother?” asked Maile. “This is perpetrated by people who deliberately want to defame us.

“I don’t know why they say that. He’s not my father. Even if he was, we are two different people. This is just being turned into a political issue.”

He added: “We have already said that if anyone is implicated in the ARP corruption we will act against them, it doesn’t matter who they are.”

When officials of the City of Johannesburg, including City Manager Ndivhoniswani Lukhwareni appeared before the inquiry, they also denied there was any money transfer of ARP funds. They said they were still quantifying the spending on the project to ascertain where the money went.

Maile told the hearing the ARP had initiated eight projects in Alexandra, only some of which were completed.

SAHRC senior legal officer Alexandra Fitzgerald asked Maile if his department still applied the strategy of priority townships and if Alexandra was one such township.

“We no longer do the prioritising. We now have renewal projects and have five of them, including ARP, currently under way. In terms of how we want to work, all provincial and government departments have to redirect resources to these renewal projects,” said Maile.

He would not say if this would compromise other budgets and in turn hamper service delivery.

Fitzgerald asked Maile what his department was doing about land invasions.

He replied: “Land invasions are a huge problem but the issue for me is that we have to prevent them before they happen”.

Maile said, without giving further details, his department was in the process of facilitating a counter land invasion policy, and was applying for a blanket interdictory order to stop land invasions.

He revealed that the ARP built only 14,000 houses. This against a backlog of 160,000 in the province and two million countrywide.

The current cost of building a 40m² house is R108,000 on a serviced stand. Notwithstanding the fact that Maile said the ARP had received more than R1.3-billion, this amount would have built about 12,000 houses for the people of Alexandra, which is about 7% of what’s needed in the township.

Responding further to Fitzgerald’s question on what the department was doing about illegal occupations in Alexandra, Maile said those occupying houses and land were being evicted, and that South Africans among them who qualify as house beneficiaries were regularised.

“Why are other suburbs closer to Alex not having the same socio-economic challenges?” asked Fitzgerald.

Maile answered that proper planning was employed in places like Sandton and by-laws enforced. He said security was also not a concern in such places because rich companies hire private security to guard their interests.

“We are dealing with a legacy of apartheid, but it’s also a failure to govern,” said Maile.

SAHRC senior legal officer Princess Ka-Siboto asked Maile exactly how much was spent on the ARP.

“More than R1.3-billion was spent. Money came from various government departments, including the department of housing, which spent about a billion,” said Maile.

“We were not there but we can show you the houses, schools and internal roads that were built. There is something that has been done, but whether it’s enough is another issue as people still want houses.”

Ka-Siboto also questioned Maile about the 1,700 houses built in Tsutsumani in Alexandra and allegations that the houses are of a very low standard. Maile said a quality assurance process is conducted with all government departments.

Ka-Siboto then asked about claims by residents of Alexandra that the allocation of houses in Tsutsumani was flawed.

Maile said the challenges facing his department are complex. He said some of those who benefit from housing sell the houses.

“When we look for them to give them their title deeds we cannot find them because they have sold the houses. The issue of housing in our province is difficult, complicated and emotive.”

Vusumuzi Dlamini, senior legal officer in the Office of the Public Protector, put it to Maile that the money attached to the ARP was not proportional to the meagre developments carried out. He also said the little delivered with the money was marred by corruption.

Dlamini asked Maile about claims that contracts in the ARP were awarded based on one’s political proximity, especially to the ruling party. Maile said those making such allegations should come forward.

“It’s an issue that has been used for political expediency against the ANC to portray the ANC as corrupt,” Maile said.

Because of migration, overcrowding and other challenges, “we ended up building in areas that have not been declared townships, which is why we could not hand out title deeds. You can’t issue a title deed for a place that has not been declared.”

Dlamini asked repeatedly how much was spent on the ARP, but the MEC did not readily answer. Dlamini said the aim of the ARP was to eradicate problems such as overpopulation, and asked Maile why this had not been achieved.

“Problems are complicated and linked to migration. Lack of proper governance, lack of planning. It’s a combination of enforcement of the law, migration and other issues,” Maile answered.

When Dlamini asked Maile what the current status of the ARP was, he replied: “We have moved it to the city of Johannesburg but I can’t say it’s closed. It wasn’t properly run. There was no concerted effort, there has been no coordination.”

Asked if he has a relationship with the owner of the Red Ants, Maile flatly denied this.

“I don’t. I know there is a white guy who owns the Red Ants. Why must I have a relationship with them? I don’t. It was just an EFF fool that raised this and I’m sure he was properly attended to in that platform.”

Asked if he had taken steps to implement the auditor general’s recommendations on the ARP, Maile said he would only institute a probe for good reason, otherwise he would be wasting taxpayers’ money.

The hearings ended with Maile appearing to be frustrated by SAHRC provincial manager Jones asking if he thought the City engaged the people of Alexandra meaningfully.

“You are censoring me and you won’t succeed with me. You can go to court, I won’t apologise. Don’t treat me like a small boy. The SAHRC is not God. Don’t do that with me. It won’t work,” he seethed.

“The perception is that the ARP was designed to benefit politically connected people. I disagree with that.” DM