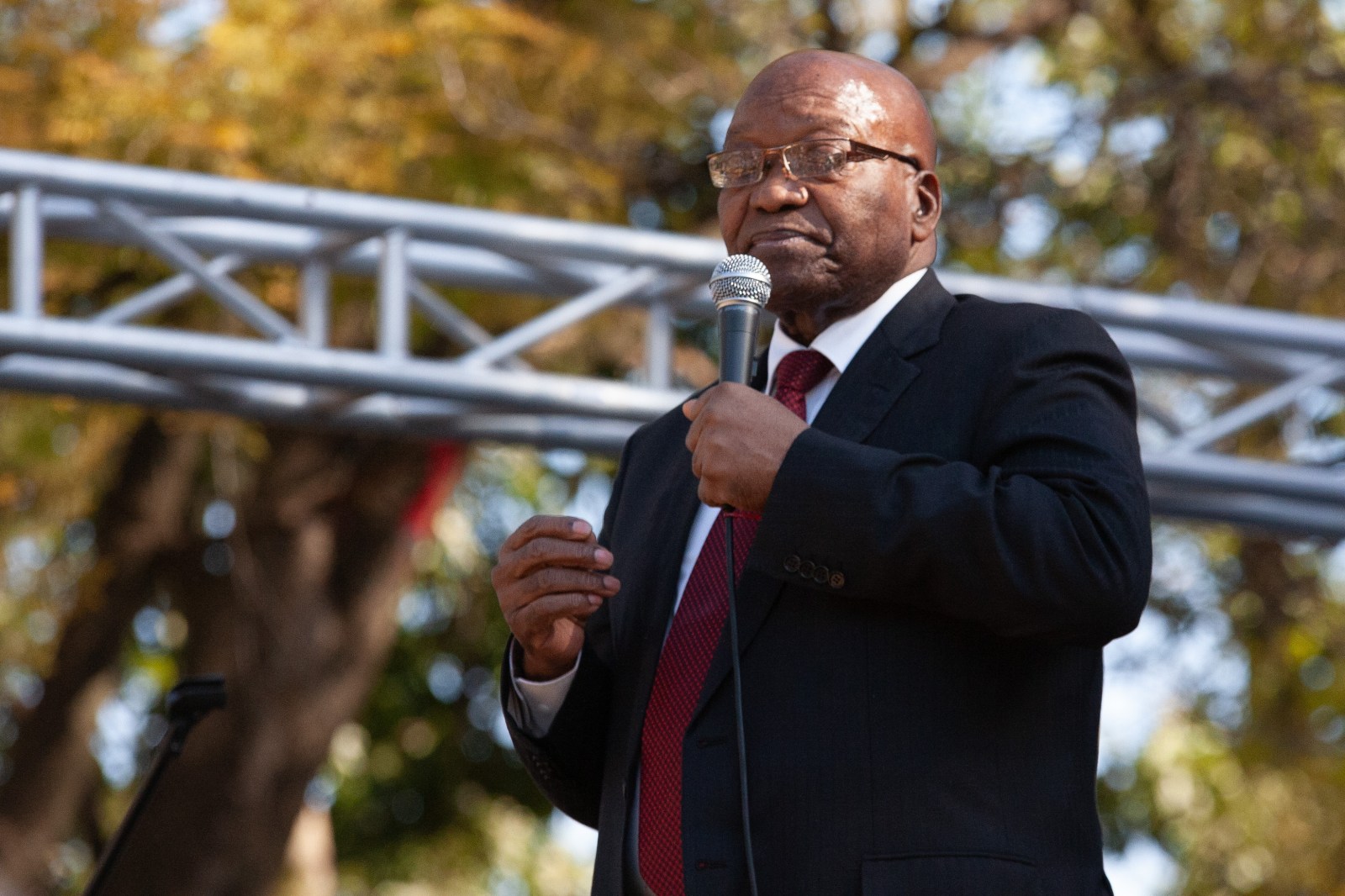 Fresh from his temporary exit from the State Capture Inquiry, former president Jacob Zuma repeated his Monday testimony by telling supporters he is serious about exposing those he claims spied for the apartheid government.

Former president Jacob Zuma has repeated his threat to release the names of spies who he claimed worked against the ANC during the fight against the apartheid government, cautioning his detractors that he will expose them if they continue to criticise him.

Zuma was speaking to a crowd of a few hundred supporters at Pieter Roos Park in Parktown, Johannesburg, after his testimony at the State Capture Inquiry was postponed when the former president threatened to withdraw his voluntary participation due to what he believed was unfair questioning.

“I gave reasons why they met and talked about character assassination of Jacob Zuma because I tried to find reasons why. They believe Zuma has some information that might put them in danger,” Zuma said of his opening statements on Monday.

Multiple members of the ANC have implicated Zuma in corruption at the inquiry and the former president said it was part of a long-running plot against him to ensure he does not release the dirt he accumulated as ANC intelligence head during the fight against apartheid.

“Some people talk too much,” said Zuma.

“Some say this old man is angry. I’m not angry. All I’m saying people must be very careful. When I say I will tell things about them I mean it,” he continued.

Zuma appeared to question whether ANC comrades were involved in the process that led up to anti-apartheid hero Chris Hani’s assassination.

He said he had faced multiple assassination attempts against his own life, but he failed to mention any details, except for saying he had been poisoned and harmful items had been found on his presidential plane.

“When I was a young man I came to experience to be an accused in 1963. I’ve been accused all the time. One point I was called a terrorist. But not a single person has bought evidence,” said Zuma.

“When I talk, I’m not sick or angry. Those who are participating in implementing the plan must think twice.”

“I do know a lot about spies, that was the job I was given by ANC,” he continued.

Zuma’s speech essentially emphasised the points he raised in his opening testimony at the inquiry, claiming that intelligence agencies tried to sideline him in 1990 and there has been a plot to remove him ever since.

He suggested former public protector Thuli Madonsela was biased against him in her reports on State Capture and the upgrades to his Nkandla home.

Under questioning from inquiry evidence leaders on specific allegations, Zuma deflected or denied he had knowledge or could talk on the testimony of those who implicated him. He did not address the allegations on Friday but said no evidence has ever been provided to link him to corruption.

“To say I auctioned the country to Guptas is silliness,” said Zuma.

“I’m saying enough is enough, but in any case the commission continues to do its job,” he said.

While the former president’s testimony was postponed, he said he will appear again as agreed with inquiry chairperson Deputy Chief Justice Raymond Zondo. After successfully avoiding answering most direct questions in his first days at the inquiry, however, Zuma may prefer to avoid returning unless he receives a subpoena.

Although he was speaking to a small crowd, and his supporters at the event included only his most loyal allies, such as Carl Niehaus, Faith Muthambi, Mosebenzi Zwane, Des Van Rooyen, Supra Mahumapelo and Hlaudi Motsoeneng, Zuma remained defiant.

“I joined struggle to fight and liberate South Africa. For that, I was prepared to die. And if I have to be killed now I will. I will never change,” he said. DM