Protector tries to turn Ramaphosa into a Zuma 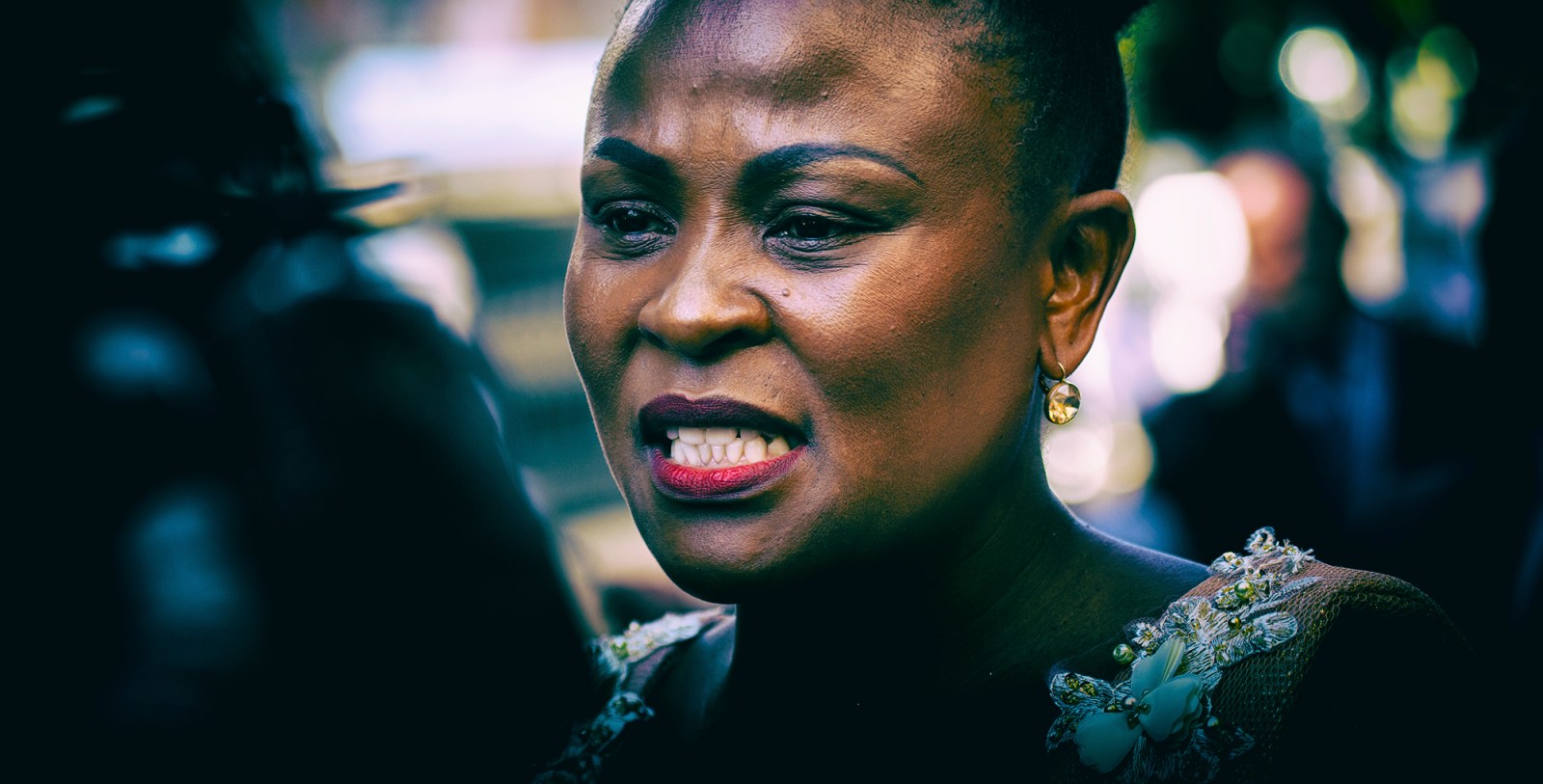 Public Protector Busisiwe Mkhwebane used her subpoena powers to get banks and the Financial Intelligence Centre to give her the details of how hundreds of millions of rand flowed to President Cyril Ramaphosa to help him win the ANC Presidency in December 2017.

She has revealed details of how the Absa account “EFG2” received funds of R191-million with R120-million coming from a single donor. That money then moved into three other accounts which had at least R600-million more in them. She did not analyse the other accounts to check if the amounts were separate capital of the account-holder organisations or whether the amounts were also for the #CR17 campaign.

Mkhwebane was able to access this information because the DA asked her to investigate a R500,000 donation from Bosasa to his campaign.

Mkhwebane did not reveal who Ramaphosa’s donors were (although she has the details) but has instructed the National Assembly Speaker Thandi Modise to, within 30 days, demand publication of the details of his donors because he was deputy president at the time and subject to Parliament’s registers of interests’ rules. These rules provide that parliamentarians must register any gifts or donations either in the public or the private sections of the register.

If Ramaphosa does not do this, he risks public conjecture about his donors and a leak of the details of the funding which are large by any measure. EFF leader Julius Malema has long campaigned for Ramaphosa to release the names of his donors and within hours of the report’s release, he trumpeted the same line. Mkhwebane said that her report could not be read as advising that all political parties make public their private donors.

The Public Protector is regarded as close to the EFF, which often springs to her defence; her office denies that she takes up the red party’s complaints any more assiduously than she does those of other parties.

Mkhwebane’s report into whether Ramaphosa misled Parliament (she found he did), whether he was in violation of the Executive Ethics Code and the Constitution for doing so (she found he was) and whether the donations he received are suspicious (she says they are) means that Mkhwebane has Ramaphosa in a checkmate.

While the DA, which brought the initial complaint to the Public Protector, and significant parts of the ANC believe that Mkhwebane is unfit to hold office, a parliamentary inquiry into her actions now will be politically costly for the ANC as it will look as if the party is protecting its president.

A second checkmate Mkhwebane has set up for Ramaphosa is that she has revealed how richly funded his campaign was and turned the national spotlight on who gave him the money. This, combined with a national misinformation campaign, by the EFF and parts of the ANC, that he is the handmaiden of “white capital”, places the President in a difficult position.

In a statement to release her report, Mkhwebane said Ramaphosa’s explanation that he did not know his donors was improbable because Ramaphosa addressed many funding events for his campaign. While the President has cast himself as the leader of the fight against State Capture, Mkhwebane has repeatedly said in her report that Ramaphosa’s actions risked State Capture.

On the funding of his campaign, she says, “… on the revelations relating to exchanges of large sums of money, some of which (was) received from private companies, I wish to express my preliminary view that such a scenario, when looked at carefully, creates a situation of the risk of some sort of State Capture by those donating these moneys to the campaign”.

Mkhwebane also says the donations may violate sections of the Prevention and Combating of Corrupt Activities Act and raises a money laundering red flag. She has instructed the national director of Public Prosecutions, Shamila Batohi, to start a money-laundering investigation in 30 days from Friday July 19.

Mkhwebane’s statements align with the campaign being staged against Ramaphosa by an alliance of the EFF, some parts of the ANC, new NGOs and old ones like Black Land First who put out social media memes and campaigns that say Ramaphosa’s presidency is captured by white capital.

As she landed the bombshell report that will ricochet through the Presidency for the following months, Mkhwebane started like this:

“I would like to thank the President for the dignified manner with which he conducted himself. The respect he accorded my office from the moment I informed him of the complaints against him up to this point has been nothing short of exemplary.”

Mkhwebane didn’t dish respect or consideration in return. The Presidency was not given a copy of the report before Mkhwebane handed out snotklap after snotklap at a media briefing on Friday July 19.

As Mkhwebane dropped her report, former President Zuma was appearing before the Zondo Commission. Was it an act of deflection and to put Ramaphosa into a position of equivalence to Zuma with regard to State Capture?

Mkhwebane says not, and that she acts without fear or favour. But Mkhwebane has now made two serious findings against Minister of Public Enterprises Pravin Gordhan and one against Ramaphosa. The two men are the vooma behind South Africa’s reform campaign but both will now spend months fighting the Protector’s findings. If he is going to take these findings on review, Ramaphosa will first have to interdict Mkhwebane from implementing her remedial action and he will have to interdict two of his own appointees from acting.

Ramaphosa will have to interdict Batohi from starting an investigation into money laundering in relation to the donations he has received (Mkhwebane has given her 30 days to begin an investigation) and he will have to interdict Thandi Modise from enforcing the instruction that he make his donors public in 30 days. Neither of these actions will be comfortable for a president who regards himself an institutionalist – he supports the institutions of democracy.

But perhaps the most damaging aspect of the report is that Mkhwebane has tried to create equivalence between Ramaphosa and Zuma. In finding that Ramaphosa misled Parliament, Mkhwebane quoted from Chief Justice Mogoeng Mogoeng’s judgment in the case of the EFF v Speaker of the National Assembly.

In that judgment, Mogoeng found that Zuma was in breach of his oath of office. Quoting Mogoeng, the Public Protector said: “The President is (indeed the highest calling to the highest office in the land). He is the first citizen of this country and occupies a position indispensable for the effective governance of our democratic country… He is the constitutional being by design, a national pathfinder, the quintessential commander-in-chief of State affairs and the personification of this nation’s constitutional project.”

When Mogoeng made that judgment, it was to shine a light on how Zuma’s behaviour violated these presidential qualities. Mkhwebane used the judgment to make the same point.

She also repeatedly said in her report that Ramaphosa may advertently or inadvertently be giving rise to a risk of State Capture – thus, turning the guns on the leader who won as part of a fight against State Capture and neatly deflecting from Zuma who is finally this week in the hot seat for his role as an architect of State Capture. DM

Responding to Mkhwebane’s report,  a statement from the presidency on Friday said that Ramaphosa had submitted a “substantial response” dealing in detail with areas where the preliminary findings were “deficient both factually and in law”. It was “unfortunate, however, that from a cursory reading of the final report”, it seemed that the President’s response had not been given due consideration. “Nonetheless, the President will study the Public Protector’s report and make a decision on any further action,” said the statement.