Zuma’s Hit & Run Testimony: The devil’s in the (missing) details 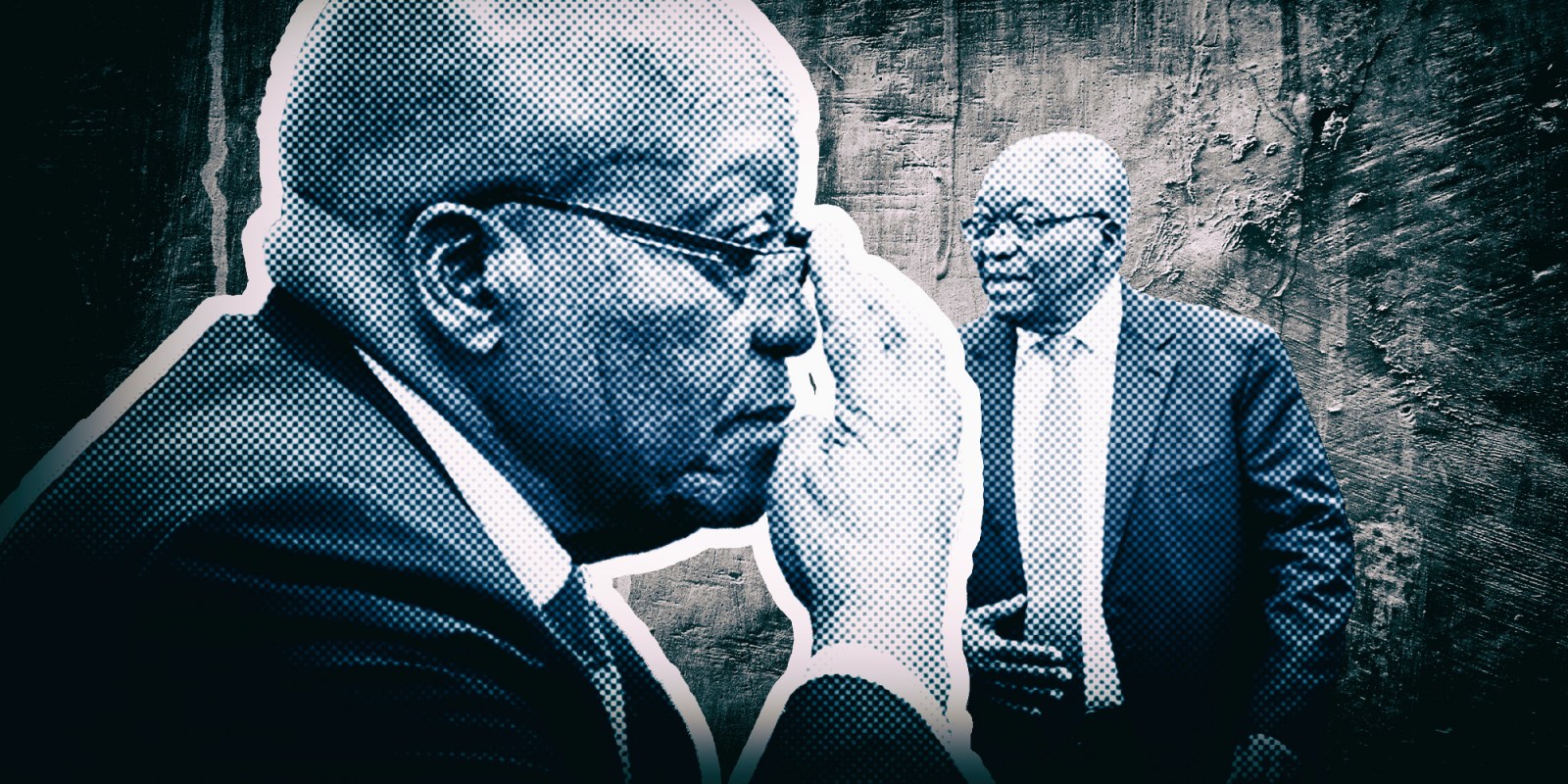 Even before Jacob Zuma took the oath at the Zondo Commission, it was clear he was never interested in being cross-examined about events during his presidency. But he was always interested in taking the stand to change the narrative, spinning a story involving many spies and copious threats to his life.

On Wednesday afternoon it emerged that the lawyers acting for former President Jacob Zuma say they now have serious reservations about the way he is being treated by the Zondo Commission.

As a result, they are spending Thursday discussing the way ahead and whether he will continue his “collaboration” with the commission. While the commission appears to be working rather hard to ensure that it is fair, and is seen as fair, suggesting that Deputy Chief Justice Raymond Zondo is very aware of the political importance of his inquiry, moves like this were always to be expected.

A lot has by now been said that may indicate it could be very difficult to pin Zuma down in any way. But that may not matter, in that the real importance of this testimony may not be that it changes anyone’s perception or view of Zuma, but it merely intensifies or even inflames people’s views of him.

Even before Zuma took the oath at the commission there were certain issues that could be stated with confidence. One was that it was never in his interests to be in a position in which he would be cross-examined about events that occurred during his presidency. Some of the decisions he took — firing Nene or appointing Bruce Koloane as an ambassador, for example, defy easy explanation.

But he was always interested in taking the stand to change the narrative, spinning a story involving many spies and copious threats to his life.

A brief examination of Zuma’s history shows that he has always claimed certain authorities or institutions act unfairly towards him. To listen to Zuma over the years may be to believe that every single independent institution in the country is out to get him. That he is unique in this, no one else in SA history has suffered such injustice.

If it is not the former Public Protector and her report into his Nkandla home, it was the media, or the courts, or the National Prosecuting Authority, or apartheid spies who still answer to some nameless and faceless group of people who still, somehow, operate. In one case he even claimed that he was being targeted for assassination because of his devotion to the BRICS countries.

This would allow him to say in public that he had complied with their requests for him to appear, and that he had been treated unfairly. It is simply an extension of his “Stalingrad” approach to the legal cases against him, the same one he used since the dawn of modern history.

However, the timing of this latest move may be important.

One of the problems that the commission may have is proving the exact sequence of events that led to developments in which Zuma is believed to have had a hand. On Wednesday he denied the claim from former Public Enterprises Minister Barbara Hogan that he had insisted that Siyabonga Gama be appointed CEO of Transnet. The problem the commission may have in a case like this is that in cases where there were direct conversations it is merely his word against hers.

In a situation where public perceptions are all-important, another difficulty may be that some of the testimony is difficult to follow: Themba Maseko made this claim, Hogan that claim, other people said other things.

However, the case of Koloane is relatively simple. He said he was responsible for the Guptas landing a plane at the Waterkloof Air Force base. And after that fact, Zuma appointed him as an ambassador. The evidence from Koloane in this was so weak that it might make Zuma particularly vulnerable.

This would make questions being put to Zuma on this issue particularly important, partly because of their simple directness. Imagine the scene:

Paul Pretorius: “Why, Mr Zuma, did you appoint Mr Koloane an ambassador despite his wrongdoing in this case?”

JZ: “Because he had a good track record as a diplomat.”

PP: “Had any other diplomat in the service ever done such a thing, opened a military base to a foreign plane in this way?”

PP: “And why did you make this appointment?”

It would be a moment that could reveal much about Zuma.

It may be that what the commission has been unable to prove is the communication mechanisms that were used in all of these cases. Who did Zuma speak to about the Waterkloof landing? Which phone did he use? Did he have his own phone or was it that of a trusted protector? Was it a verbal conversation? Is there any record of this conversation?

This is important because, to over-simplify the situation, the prosecution is trying to prove that someone committed a crime when there is no CCTV footage of the crime being committed. Which means that the contextual evidence — the witnesses who spoke to the person accused of the crime — is crucially important. As a result, this chain of communication may matter. And for the moment, it seems that that may not be very clear to the general public.

It is important to also note, though, that Zuma is at the commission at its invitation, he has not been subpoenaed. He was invited to give his version of events, so this is not a cross-examination. However, that may be an important nuance that could easily be missed by many people watching this.

In the meantime, it is already possible to make some examination of the possible political consequences of Zuma’s testimony so far.

Views of Zuma, the ways that he is seen by different people, are already deeply entrenched. It seems unlikely that his testimony — and his spies and assassination plots claims — will have changed people’s view of him; that is pretty much baked by now.

However, it is entirely possible that it has intensified feelings on Zuma, both positive and negative — we live in intense times. Those against him are now probably even more against him than they were and those who support him will continue to, just with more fervour. This could have a longer impact of rendering ANC’s internal divisions almost impossible to heal.

Those of a cynical disposition may believe this was the real intention all along. And that in raising these claims against the commission, he is both having his cake and eating it. DM