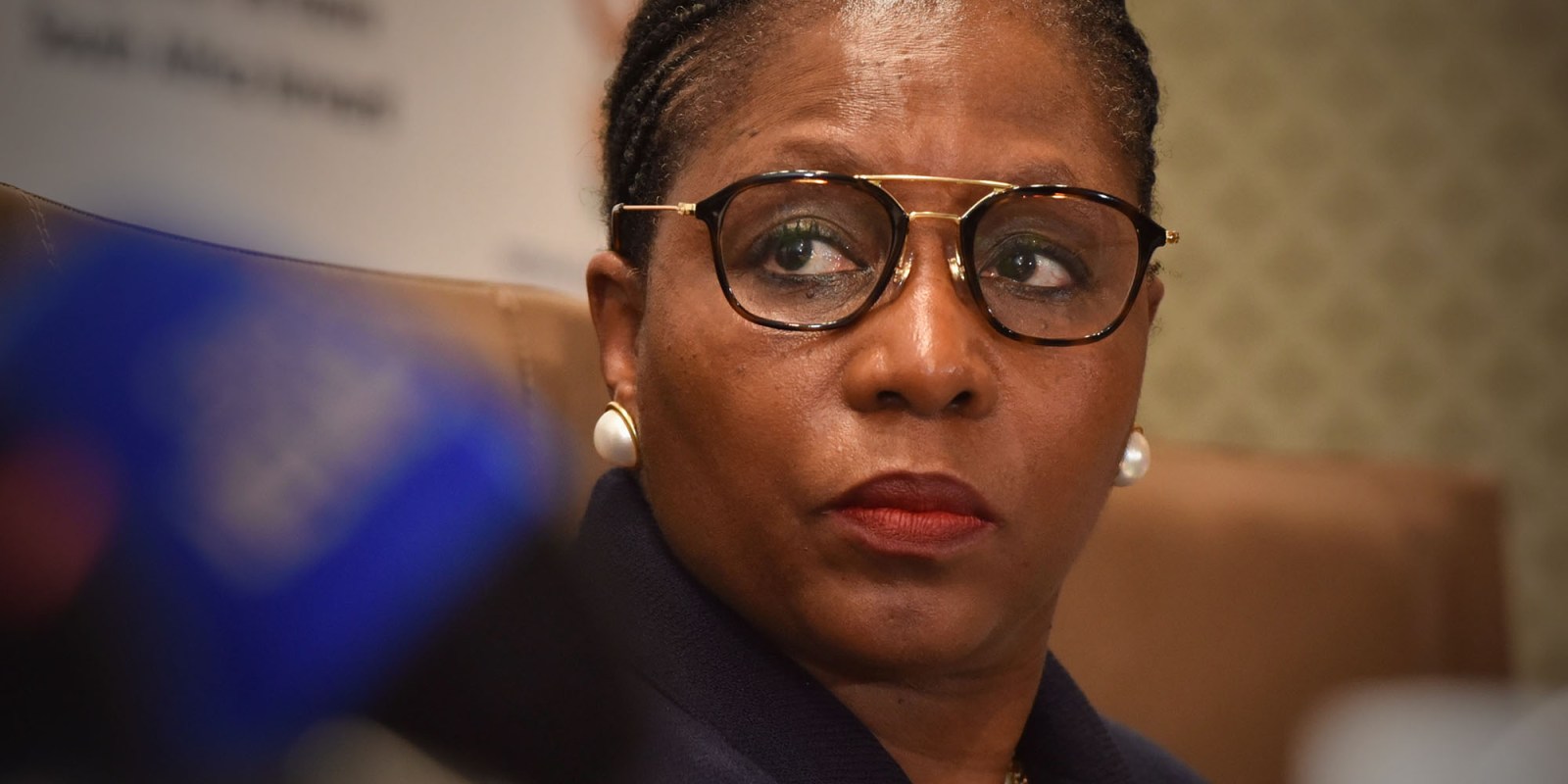 Thursday’s State Security Budget vote hinted at a wide range of reforms to undo the politicisation of the intelligence services, including in ANC factional politicking. But no clue was given to how many rands and cents are available.

In a debate on the spooks and spies, it is perhaps no surprise those involved struggle a little with what should be mentioned. So, no rands and cents. For that, please go to Page 129 of the 898-page Estimates of National Expenditure, where a single line holds a glimpse: R4.656-billion against “secret services”, with the Financial Intelligence Centre getting R294.3-million in the 2019/20 financial year.

But in a media briefing before her Thursday Budget vote debate, State Security Minister Ayanda Dlodlo was quite firm, saying there were financial pressures on the State Security Agency (SSA) where a long to-do list is pending. The budget was simply too small compared with what’s available internationally, and against the challenges faced by South Africa.

Nevertheless, a skills audit is under way. A review to make vetting more effective and efficient would be finalised within three months, although more imminent could be action against heads of department who do not act against senior officials refusing to be vetted.

No time frames came with the review of the Intelligence White Paper, government’s policy proposals, nor the minimum information security standards, or the way government departments must secure their paperwork.

But by the end of July, an independent labour expert would be brought in to assist with the backlog of umpteen disciplinary cases. Exactly how many such internal disciplinary proceedings are on… well, remained undisclosed? All SSA acting Director-General Loyiso Jafta was prepared to say was “the numbers are sufficient for us to worry”.

Steps are underway to establish an ethics and integrity unit for the SSA, alongside governance structures such as a ministerial advisory board on declassification.

All this is part of steps to transform the SSA into a professional outfit to serve all South Africans — and crucial to de-politicising intelligence services drawn into ANC factional politicking during the Jacob Zuma administration.

It was important to reverse what Dlodlo described as, the “considerable damage” that dented the SSA’s credibility.

“We are repositioning and rebuilding. I have no appetite for bringing politics into state security. We will deal with issues that relate to our mandate in an impartial fashion. We will make sure that whatever we do is devoid of any adverse politicisation.”

That would be fundamentally important. For years the SSA has been embroiled in dodgy dealings, including the December 2015 theft of millions of rands from its head offices, and ANC political intrigue. This was perhaps most sharply illustrated when in early 2018 then SSA DG Arthur Fraser triggered an embarrassing public debacle when Inspector-General of Intelligence Setlhomamaru Dintwe turned to the courts for protection after Fraser had withdrawn the security clearance the inspector-general needed to remain in his oversight job. At that stage, the oversight work included re-looking at the Principle Agent Network (PAN) project linked to Fraser.

The unprecedented shambles allowed President Cyril Ramaphosa to step in: In April 2018 Fraser was redeployed as Correctional Services DG — he was spotted in uniform outside Parliament this week being whisked across the street by what seemed a bodyguard that was stopping traffic — and in June 2018 the president appointed the High-Level Review Panel on the SSA.

That panel submitted its report in March 2019, a redacted version of which was made public. It found “growing contagion of the civilian intelligence community by the factionalism in the ANC progressively worsened from 2009”, along with disregard for the Constitution, legislation, policy and other prescripts. It didn’t mention Fraser by name, but in May 2019 he slammed the report and how the panel arrived at its findings.

Dlodlo on Thursday pledged the implementation of the panel’s recommendations. Some of it can be done in-house — the review of the White Paper review and the national security strategy, and governance interventions such as the proposed ethics and integrity officers.

But it’ll be up to Ramaphosa to kick off the appointment of two intelligence directors-general — by law that’s the president’s prerogative, as with the appointment of the prosecutions and tax collection bosses — in line with the panel’s recommendation of the agency’s unbundling into domestic and foreign divisions. That effectively undoes the merger undertaken under former president Jacob Zuma.

The Right2Know Campaign (R2K) on Thursday called for criminal charges, including defeating the ends of justice, to be brought against Zuma, Fraser and former state security ministers Siyabonga Cwele and David Mahlobo.

“The evidence provided in the Panel Report proved that these individuals were central to the illegal spying on civil society organisations as well as the corruption and mismanagement within the State Security Agency,” it said in a statement.

That was an issue raised during the Budget vote debate by EFF MP Mbuyiseni Ndlozi.

“We have evidence (EFF leader) Julius Malema is still under surveillance…” he said, amid questions over the ability of Parliament’s Joint Standing Committee on Intelligence (JSCI) to conduct oversight, given the ANC MPs’ participation in their party’s internal factional battles.

DA MP Diane Kohler Barnard did not mince her words.

“The SSA’s job is to first and foremost keep South Africans safe from internal and external threats to this country’s security — not jump on journalists, whisk away whistle-blowers or corruptly consume our cash,” she said, also raising a concern over the JSCI, as its sits as a rule behind closed doors.

“Minister, it’s an Augean Stable. And the question begs to be asked: Do you have the political will to overhaul the entity with the High Level (Review) Report held in your right hand? Implementing the recommendations without fear or favour? In all probability, we’ll never know. And even if we do, we won’t be allowed to tell you (the public).”

Still, what did seem to emerge on Thursday was a more modern, nuanced approach to intelligence and state security, away from the recent past’s push for ever greater secrecy and regime change rhetoric. Such a move would be in line with the approach outlined and discussed in the High-Level Review Panel on the SSA.

But there’s a way to go: Copies of the ministerial Budget speech handed in public out were classified “confidential”. DM