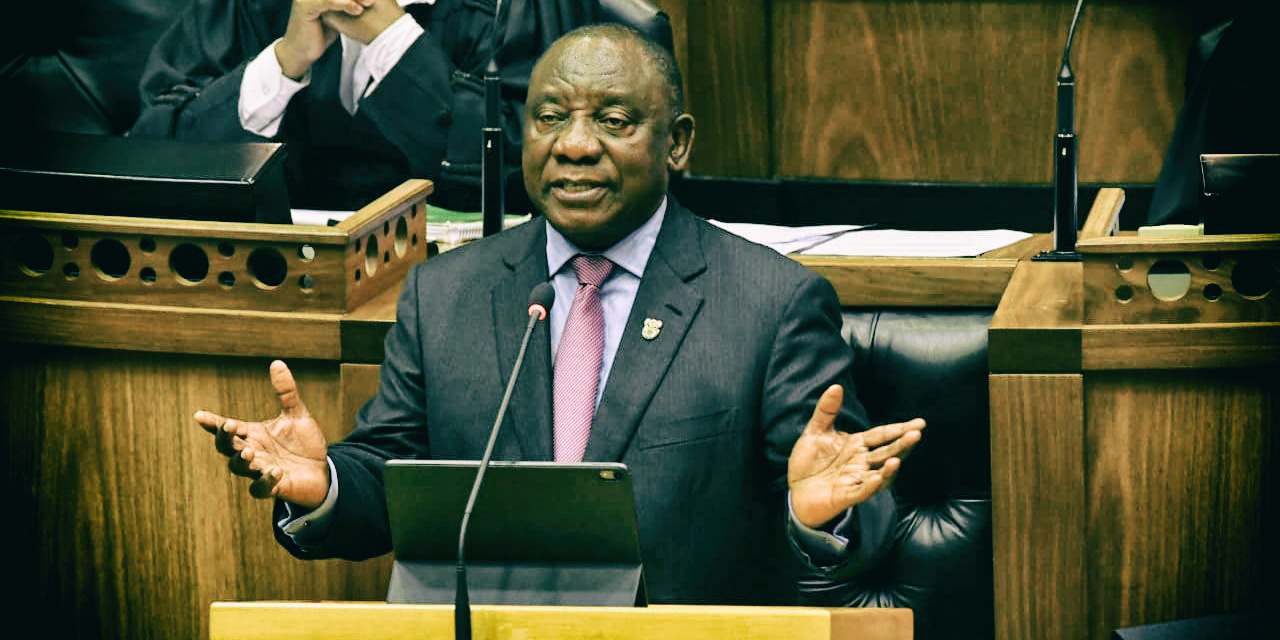 President Cyril Ramaphosa on Thursday drove home the inviolability of South Africa’s constitutional order and rule of law — defending his public enterprise minister, but also knocking back politicking over State Capture arrests. But that his reply in the presidency Budget vote debate may not be enough was signalled by events outside the House.

Known not to let slip a good hook for his messaging, President Cyril Ramaphosa made much of Thursday’s international Nelson Mandela Day to emphasise co-operation in the interests of rebuilding South Africa.

And that unity — it did not mean conformity or uniformity, Ramaphosa was quick to add — meant everyone needed to get behind the fight against corruption and State Capture. But arrests and prosecutions “cannot, should not and must not be the responsibility of the presidency”; it’s the job of law enforcement and prosecuting institutions, which must be given the time and space to do so.

Significant advances to end capture of public institutions had been made in the past 18 months, said the president:

“But the struggle is far from won. The road ahead will be long and difficult. We will continue to encounter resistance from those who have benefited from acts of criminality and wrongdoing”.

When Ramaphosa called on public representatives to, through word and deed, reinforce “the rule of law and show respect for due process” it was the segue to his defence of Public Enterprises Minister Pravin Gordhan.

The EFF for the past few weeks has had in its crosshairs “Honourable Jamnadas”, a reference to Gordhan’s middle name. Not only had the EFF walked out of his continuation to June’s parliamentary State of the Nation Address (SONA) debate, last week it disrupted the minister’s Budget vote speech by calling him a constitutional delinquent. On Wednesday EFF leader Julius Malema vowed his party would go toe to toe over Gordhan and anyone who defied Public Protector Busisiwe Mkhwebane’s remedial action.

As no ANC MPs rose on points of order to enforce the parliamentary rules requiring substantive motions when claims of unethical or improper conduct are made, it was left to Minister in the Presidency Jackson Mthembu to take the political cudgels to the EFF. He described them as racist and motivated to lash out now that tax collectors are acting against illicit tobacco traders and the taps are being turned off in state-owned enterprises (SOEs).

ANC MP and former finance deputy minister Mondli Gungubele in sweeping, or closing the debate, highlighted Malema’s self-contradiction to get politically up close and personal.

But on Thursday, Ramaphosa took the statesman-like route to respond to what he described as Malema’s “extraordinary attack” on Gordhan. It was a tight presidential defence amid a complex and cross-cutting court action in which the minister seeks to interdict, review and set aside Public Protector reports which Ramaphosa has stepped into.

“It is a fundamental tenet of our democratic constitutional order that no person — no matter what position they hold — is above the law. No person is above scrutiny. Every person must answer for their actions. That includes the president, that includes Honourable Gordhan and that includes even Honourable Malema,” said Ramaphosa.

“By the same measure, every person is equal before the law and must have recourse to the law. Every person must be able to enforce their rights, whether that means approaching the courts or any other competent authority.”

And that process was still before the courts, where it must run its course. Not commenting on any of that, Ramaphosa said he had appointed Gordhan to a critical and demanding Cabinet portfolio because of “the contribution he has made to the liberation of our country”, and “because I know him to be a person of commitment and integrity”.

But just a short while later Malema continued to target Gordhan in a media briefing on a civil society initiative, “Hands off our democracy”, not only against the campaign coordinated by the Ahmed Kathrada Foundation against “attempts to subvert the processes underway to rebuild efficient and ethical governance”.

Said Malema: “Jamnadas has taken Public Protector to court. We are going to court… No one but the voters will stop the EFF”. And throwing down the gauntlet, the EFF leader maintained:

“We are going to treat Jamnadas as a constitutional delinquent”.

The EFF response came because, while the self-proclaimed fighters were not expressly named, the campaign statement was a clear reference to its sustained campaign against Gordhan.

The “Hands off our democracy” campaign cited concern about the fight-back against the crackdown on corruption and State Capture; a joint statement by the 22 organisations also raised questions over several Public Protector reports on “the old rogue unit narrative that has already been widely rebuked”, rather than probing the diversion of billions of rands.

“We refuse to allow ministers, public officials, whistle-blowers, activists and journalists, who speak out against State Capture, to be targeted, subdued and defamed by political bullies, individuals and entities who seek to undermine their efforts.”

But Ramaphosa’s headaches are not just triggered by opposition parties in the House.

On the other side of the country, in Polokwane, the secretary-general of the ANC, that Ramaphosa also heads as president, had different notions about unity, and how to tackle South Africa’s deep-seated soci0-economic troubles.

ANC Secretary-General Ace Magashule addressed the memorial service of Lesiba “Bra Ike” Mphoto to sketch a reality of drawn battle lines in the fight against white monopoly capital (WMC). It was time “to pick up, and hold high the spear of our forward march for radical economic transformation, or we will continue to be hapless servants to the wishes and aspirations of white monopoly capital”.

The unity Magashule talked about was the unity of ANC branches in an effort to repel those, who, in an unprecedented turn and “countless efforts”, aim to dilute, undermine and whitewash the resolutions of the December 2017 Nasrec ANC national conference that supported radical economic transformation (RET).

“Those who want to water down, or even change, these resolutions should know that they are subverting democracy and that their behaviour is counter-revolutionary,” said Magashule in the prepared speech issued by the ANC Department of Information and Publicity.

“Our national democratic revolution is at a crossroads, bombarded by the most vicious, deceptive, manipulative and dishonest propaganda led by the South African white monopoly capital in collaboration with international capital. Their intelligence agencies collaborate with each other in order to destroy our leaders, and their ultimate aim is to destroy our beloved country…”

That was not quite the unity Ramaphosa had outlined in Parliament:

“Our country still carries the scars of a deeply fractured past. It is our shared responsibility to bridge the social and economic divide that still largely separates black and white, women and men, skilled and unskilled, urban and rural, included and excluded.”

And in these difficult economic times, unity and cohesion in South Africa presented the “the most powerful means” to transform the economy.

“If we are united and cohesive, if we work together and direct all our resources and efforts towards a common goal, we will succeed,” said the president, downplaying fractiousness and hardening attitudes across society. “Ours is a clear mission — to achieve a united nation. It is a mission from which we should not retreat.”

Ramaphosa has a long road ahead. DM