PP vs Pillay and Gordhan – Ramaphosa enters the legal fray 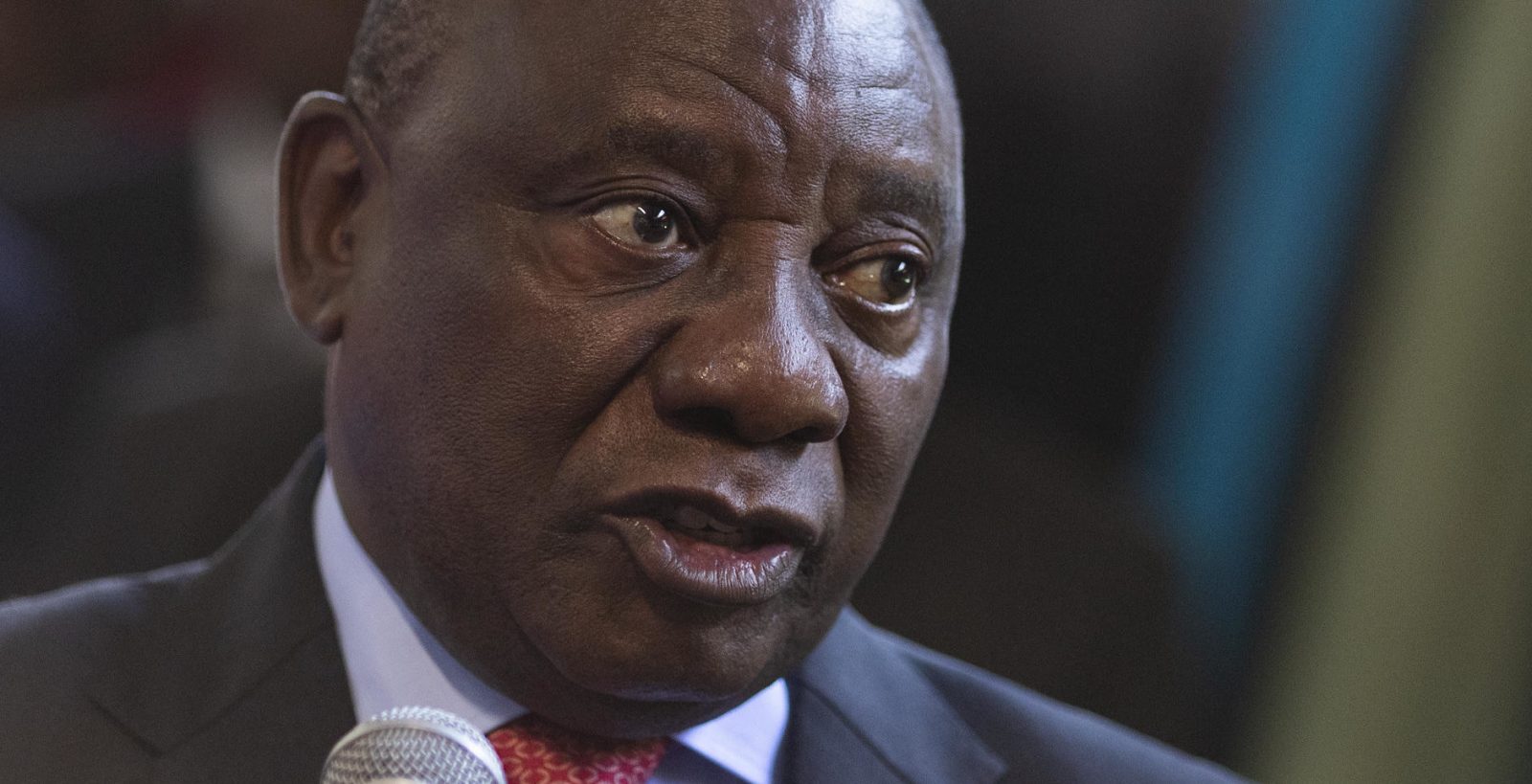 South African President Cyril Ramaphosa faces a number of urgent economic priorities, and how he handles these will decide which way Moody’s review of South Africa’s roughly R2-trillion of sovereign debt will go. (Photo: EPA-EFE/NIC BOTHMA)

President Cyril Ramaphosa on Monday 15 July, filed an urgent high court application against the public protector regarding her attempt to force him to implement remedial action in line with her report into the early pension payout to Ivan Pillay, the former deputy SARS commissioner.

Ramaphosa filed the court application, saying it was “wholly unnecessary” to do so as it is a legal matter still outstanding in the courts.

In other words, the President has effectively accused the Public Protector, Busisiwe Mkhwebane, of attempting to force him to implement her remedial action, even though her report is currently set to be taken on review.

Correspondence between the President and the Public Protector, as contained in court papers, reveals an increasingly strained relationship, with Mkhwebane warning the President that his failure to act could “lead to a constitutional crisis”.

Mkhwebane accused Ramaphosa of “wilful non-compliance with my remedial action” which she claimed was “based on the Honourable President’s incorrect interpretation of the law”.

This, she added, was not only “ostensibly contemptuous of my office but borders on a breach of the Honourable President’s constitutional duties, as spelt out in the Constitution”.

Mkhwebane said she was pleading with the Honourable President “to avert the constitutional crisis alluded to above by taking heed of my advice and implementing the remedial action as set out in the Report or obtaining a court interdict to stay the implementation pending the outcome of the review proceedings or even causing the implicated and or affected public officials to do so”. The Public Protector added that her remedial action “almost ranks as a court order in its binding effect”.

The President in turn replied that his application “in circumstances where I believe it is wholly unnecessary” to interdict the implementation of remedial action, “will unfortunately feed into the unfounded narrative that the State (and its institutions) is at war with itself”.

“It is a constitutionally unpalatable state of affairs to have the Public Protector, the Minister (and now the President) being embroiled in litigation against each other,” Ramaphosa said in his founding affidavit.

Ramaphosa said that he was bringing the application “as a last resort on invitation from the Public Protector” and that the purpose of the court action was to obtain legal clarity regarding the President’s obligations arising from her investigation and report into allegations of maladministration into the approval of Pillay’s early retirement with full pension benefits.

He added that “there is no controversy that arises in this application. It is not a political matter but solely a legal one”.

Ramaphosa added that, “with complete deference to the Public Protector… the President ought not to be dictated to or badgered, on matters that lie within the exclusive heart and preserve of executive power”.

In earlier correspondence, dated 9 July 2019, with the President, the Public Protector tetchily writes, “for the sake of emphasis and lucidly, and at the risk of being repetitive, the current legal position onreview applications(my emphasis) is that the institution of review proceedings does not in and of itself automatically suspend the enforceability of an impugned order, action or decision”.

Mkhwebane, barely able to mask her irritation, continues, “While it is obviously not my intention to lecture the Honorable President in law, it is apparent that the Honourable President has relied on advice that is based on a material error of law, with all due respect.”

She said failure to implement her remedial action and the advice of his legal team “will not only lead to a total constitutional crisis but also take the country many steps backward (ie to the pre-Nkandla judgment days) in the development of law concerning the remedial powers of the Public Protector and the constitutional duties of the President in relation thereto”.

A failure to do so, she said, would “undoubtedly create a bad precedent to all other members of the Executive who may inadvertently view the President’s conduct as being consistent with the Constitution, when in actual fact, the converse is true.”

Should the court not agree, said the President, an alternative prayerfor stay of implementation of the remedial action, pending the finalisation of the review application brought by Pravin Gordhan in the matter pertaining to her office’s findings in relation to the Minister, was being sought.

Ramaphosa added that he had considered Gordhan’s grounds for review and did not consider these “to be frivolous”.

“I accept the binding nature of the Public Protector’s reports and remedial actions. I accept that the report is under review but this does not stay the implementation of the remedial action, in the absence of a court order. This issue should not detain the parties, at all,” said Ramaphosa.

According to his understanding, said the President, he was required to do three things.

First, take note of the findings insofar as these related to the Minister which the President said he did,“informing the Public Protector, in writing, accordingly”.

The second requirement was for the President to take “appropriate disciplinary action” against Gordhan.

The President had, he said in his affidavit, “elected to await the determination and finalisation of the review proceedings”.

The President was, thirdly, requested to provide the PP, within 30 days of the report, “the implementation plan indicating how (the question of when not having been prescribed) the remedial action would be implemented”.

Mkhwebane’s statement that the President had failed to uphold the Constitution “was objectionable”.

Accordingly, as was evident from correspondence, “the President understands himself to have complied with the Public Protector’s remedial action”.

While the Public Protector’s findings were based on prima facieevidence, this “does not replace the function of the courts of law”.

“In the context of the ongoing review application, and mindful that the disciplinary action ought to be taken without reasonable delay (but there being no time period prescribed), the President decided that it was reasonable in the circumstances to await the court’s decision.”

The President added that “the Public Protector’s sole interest should be the vindication of the rule of law. She could not have any other interest.”

Once the review application had been determined, “and the way remains open to take disciplinary action against the Minister, this will happen.”

The State Attorney added that the law was clear that “once a constitutional body like the Public Protector takes a final decision (in this case the Report and remedial action) and communicates it to third parties, such as the President and Minister Gordhan in this case, such a body has discharged its office”.

Once it had done so the Public Protector’s Office could no longer be seized with the matter and could not “unilaterally (and without the intervention of the court) change or amend such a decision and prejudice third parties affected by the decision. The further instruction at paragraph 14 of your letter of 9thJuly 2019 impermissibly goes against this principle.” DM