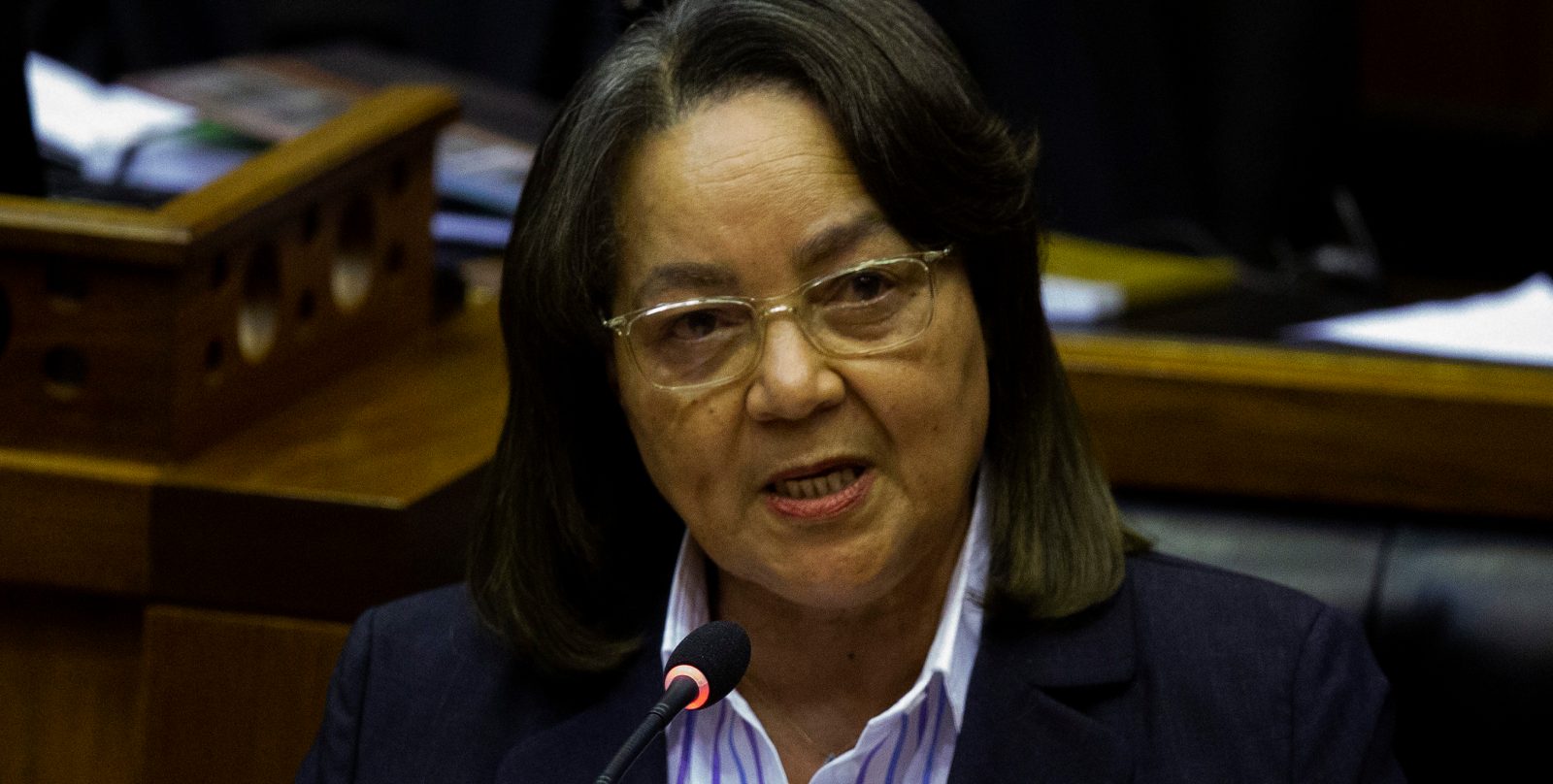 Working together to fight fraud and corruption in the new Department of Public Works and Infrastructure was a key theme during Wednesday night’s Parliament Budget Vote Debate — until new minister Patricia de Lille’s history with the DA came through in various interruptions and comments.

Efforts must be made to rid the Department of Public Works and Infrastructure of fraud and corruption for the benefit of South Africa, MPs agreed during the department’s budget vote in Parliament. This, however, did not stop murmurs and laughter whenever Cape Town, the DA or Western Cape was mentioned.

Patricia de Lille delivered her maiden speech as Minister of Public Works and Infrastructure late on Wednesday night in the National Assembly — but she couldn’t complete her speech as she took too long.

De Lille, the consummate politician, is the only opposition minister occupying a position in President Cyril Ramaphosa’s Cabinet. Her party, Good, received 70,408 votes in the national elections, enough for two seats in the National Assembly. In addition, the party has one seat in the Western Cape Provincial Legislature, with De Lille’s former colleague in the City of Cape Town, Brett Herron, taking up that seat.

Because of her history with the DA, comments and quips were heard whenever she or any DA members of the portfolio committee spoke — especially when DA MP and shadow minister Patricia Kopane said “for the benefit of our country, the Democratic Alliance will ensure that you succeed, because your failure will be our collective failures, as your success will be our collective successes… I personally undertake today that we are going to carry out effective oversight over you as Minister, and over your department. We cannot fail those who elected us.”

Additionally, when Kopane welcomed Bonginkosi Madikizela, MEC for Transport and Public Works in the Western Cape, there was laughter and heckling because of De Lille’s messy divorce from the DA in 2018.

The ANC’s committee chair on Public Works and Infrastructure, Nolitha Ntobongwana, said the department and government must confront fraud and corruption “especially here in the Western Cape”.

“We must fight fraud and corruption in both the public and private sector, across all racial and gender lines,” said Ntobongwana.

The EFF’s Mathalepo Siwisa said land owned by the department must be released “for the poor black people” who remain helpless in the face of evictions.

Freedom Front Plus MP Phillip van Staden said that “the Minister of Public Works and Infrastructure, Patricia de Lille, admitted that there is allegedly extensive fraud and corruption in her department due to supposed collusion between officials and service providers”.

“Thorough investigations into these matters must be conducted as soon as possible because it is unacceptable that taxpayers’ hard-earned money is lost in a bottomless pit of dishonesty. It must be eradicated and corrupt officials must be penalised.”

DA MP Samantha Graham-Maré said: “Minister, in developing the strategic management plan for this Department, the Department of Transport and Public Works in the Democratic Alliance-run Western Cape provides valuable examples of where to begin.” This set off another round of murmurs and laughter, given the history between De Lille and the DA.

Then it was time for National Freedom Party’s Shaik Emam: “We don’t want to see what happened when you were mayor of the City of Cape Town,” referring to high property rates and the selling of council land to property developers. “We must put the poorest of the poor first,” said Emam.