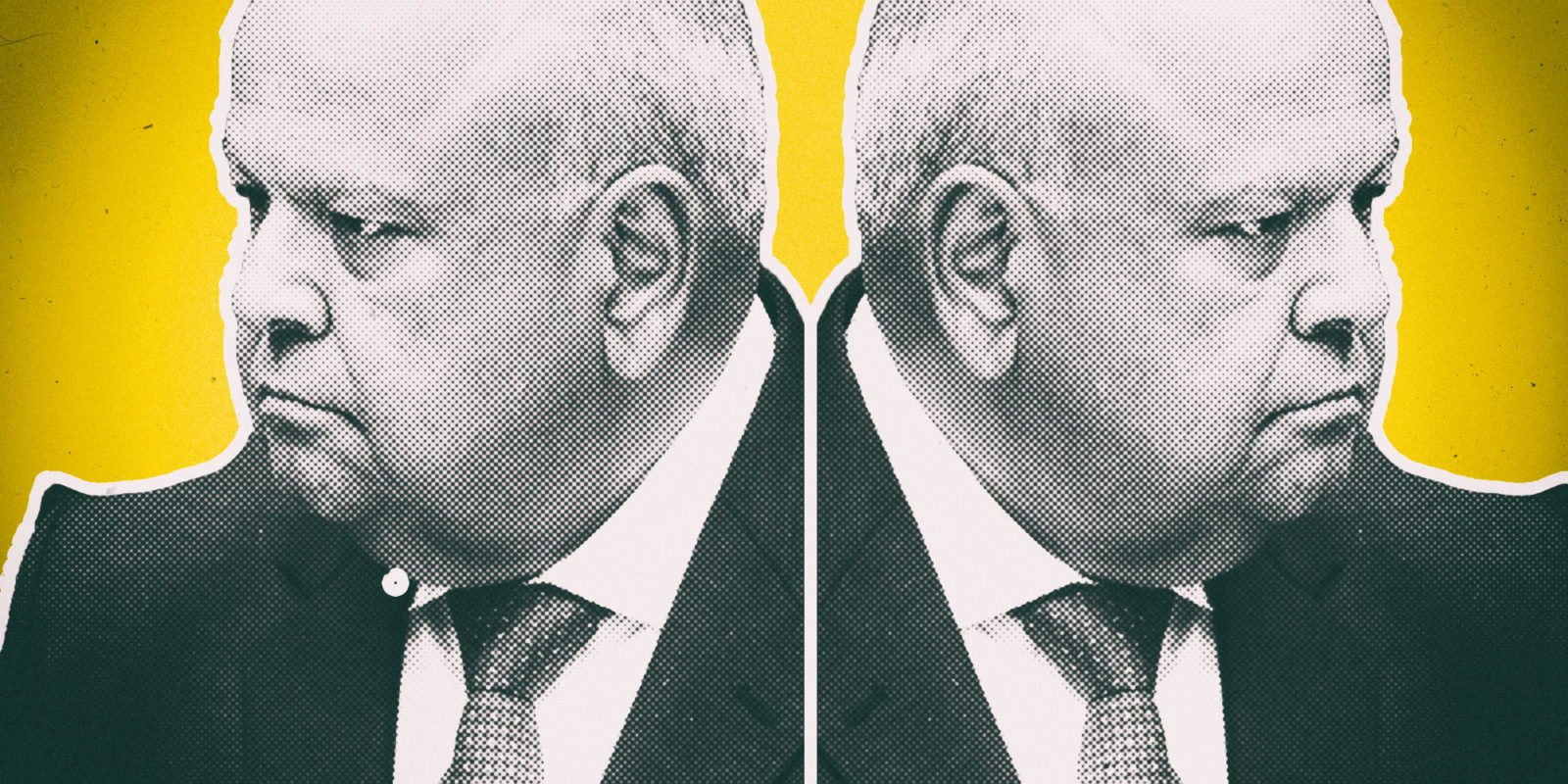 Recording misgivings about the conduct and impartiality of Public Protector Busisiwe Mkhwebane, Public Enterprises Minister Pravin Gordhan is approaching the court for a series of interdicts to prevent the implementation of her latest finding against him regarding the establishment of the SARS intelligence unit.

Mkhwebane is also likely to face an interdict from Gordhan from enforcing the strict remedial action she has outlined in the report, which is facing review by the minister as well as by the former deputy commissioner of the SA Revenue Service Ivan Pillay.

Mkhwebane dealt a blow to Gordhan when she found that he had violated the Executive Members Ethics Act in being one meeting short in his account to Parliament of how often he had met the Guptas and that he is guilty of maladministration in relation to the establishment of an intelligence unit at the SA Revenue Service when he was the taxman.

For this, Mkhwebane has directed that remedial action be undertaken by Ramaphosa, Modise, Dlodlo and Sitole, all of whom Gordhan will now attempt to interdict from implementing the Public Protector’s directions. Mkhwebane has:

On Friday, Gordhan’s lawyer Tebogo Malatji said that his client was “unreservedly committed to uphold the Constitution and the rule of law. While respecting the Office of the Public Protector – and co-operating with their investigations – Minister Gordhan, like many others, has recorded serious misgivings about the incumbent, her conduct and her partiality.

“The Constitution, in section 181, envisages the Office of the Public Protector to be independent, impartial, dignified and effective. To date, in this matter, it has failed in all four respects,” said Malatji.

The interdict application is likely to be heard in the week beginning 22 July 2019 while the more substantive application to review the Public Protector’s findings will be heard only later in 2019 or early in 2020.

Mkhwebane has twice been harshly reviewed in the high court: The first in relation to her instruction that Parliament change the SA Reserve Bank’s mandate; the second in relation to her findings on the Vrede dairy farm project (the Estina case) in which her report was found to have been selective in its findings.

Pillay has filed two lengthy affidavits taking issue with Mkhwebane’s findings on the establishment of an intelligence unit at SARS and it is this that is likely to form the crux of the review.

An official in her office said that she regarded judicial reviews as a way of refining the office’s work and pointed out that most applications for review of findings related to the work of previous Public Protectors.

Pillay’s affidavit records how Mkhwebane made errors of fact and interpretation in her report, from getting units of SARS incorrect to interpreting who may collect intelligence.

He argues that “…neither covert and discreet investigations, nor the practice of collecting intelligence, nor the practices of collecting actual or potential evidence, finding information that would guide investigations, investigating, identifying witnesses and whistle-blowers and determining the location of actual or potential evidence discreetly, covertly or under protection of SARS confidentiality legislation, directly related to serious offences against SARS (like tax evasion, customs evasion, excise evasion, fraud, smuggling, racketeering, money laundering and corruption) can remotely be considered as improper, unlawful, illegal or questionable in any manner or form”.

In his affidavit, which Mkhwebane appears to have not been persuaded by, Pillay said that the police, the Financial Intelligence Centre as well as other institutions all had intelligence-gathering capabilities that were distinguishable from issues of national security, that are the remit of the State Security Agency.

Friday’s findings only dealt with half of the 15 complaints made to her in relation to Gordhan and Pillay and the formation of an allegedly illegal intelligence unit at SARS – the rest will be dealt with in a second volume. The complaints were brought by the EFF deputy president Floyd Shivambu and by an anonymous whistle-blower; they were combined into one by Mkhwebane.

“There will be one other volume. We do this sometimes. An example is the police leases matter involving General Bheki Cele and the Prasa investigation which was also dealt with in two parts,” said the Public Protector’s spokesperson Oupa Segalwe. DM