Durban Curry: The Taste of Freedom 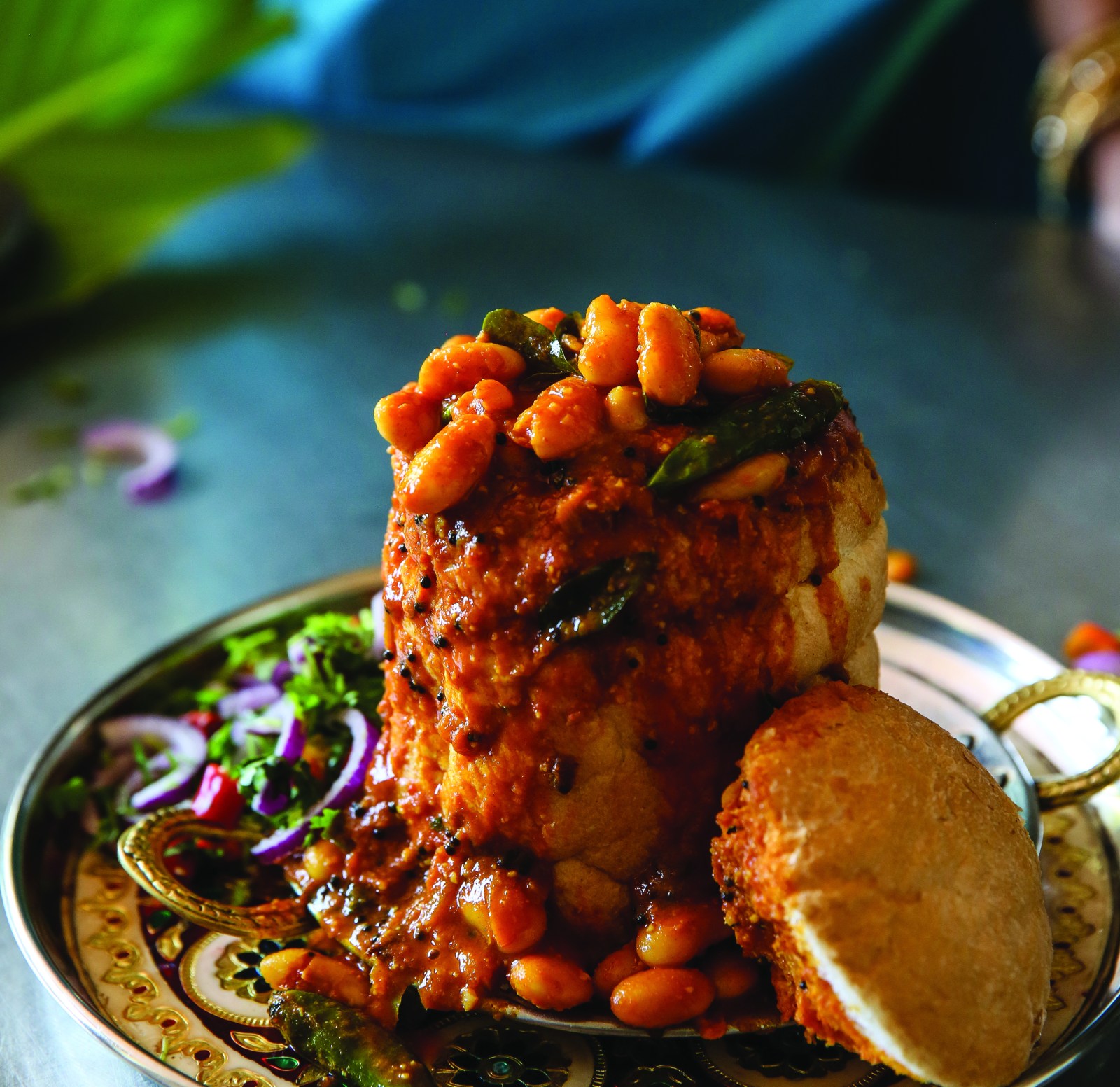 Erica Platter and Clinton Friedman stir the great, steaming cauldron that is Durban Curry in a new cookbook that’s rich in colour and recipes and shows how this national treasure has moved and mutated with the times.

I was once, briefly, a beneficiary of the “dop system” of the old Cape Winelands. It was November 1992 and I had spent some months working with the Platters at their then Stellenbosch home of Delaire, long before it went all posh and Graff-y on us. I’d worked closely with Erica, who was always the desk-bound editor and word guardian in the background while John was out-and-about, tasting wines and getting each estate’s story, as the face of the wine guide brand they created together.

What a sunny, leafy sojourn that was. Driving against the traffic each morning from Tamboerskloof to Delaire, parking beneath the trees, breaking for a light lunch, and ending the day with a glass of whatever was in their fridge. You can imagine: these were the wines John had been tasting before writing his assessment for the guide we were working on, so the next day Erica and I would be working on his words about those wines. And Erica’s red lines and exclamation marks everywhere. (“No No NO!!! We can’t say that!”)

John paid me in wine. Partly. Case upon case of it from his cellar, a shed near the house. Including his own 1984 cab. One bottle of it stayed with us for close to 20 years, even went to the UK for our sojourn there.

It’s funny how stories go off in one direction and come back in another. Today, Erica has just published her new cookbook, Durban Curry Up2Date, newly minted, with Clinton Friedman. She is a frequent contributor to these pages and, as of this week, John Platter is too, kicking off with a piece he wrote on what to drink with curry, from Erica’s new book. They have, for many years now, lived on the KwaZulu-Natal North Coast, which was Erica’s old stomping ground. It had been a jaw-dropping moment for everyone in the wine industry when the best-known couple in South African wine upped sticks, swopping vineyards and mountain breeze for canefields and sea air.

John, for whom the word “urbane” was coined and who in his younger career was a foreign correspondent covering African wars, has continued writing books on wine and travel, most recently My Kind of Wine and, before that, Africa Uncorked, winner of a Glenfiddich Award.

Erica, well, she’s a force of nature, darling, fierce when protecting words, head-thrown-back laughing at the dinner table, razor-quick with a riposte, and rather posh. Both share a solid background in old-fashioned notebook-in-hand journalism.

So, with both Platters in our growing stable of writers worth reading, Erica’s new book arrived in my kitchen this week.

Its full title is Durban Curry Up2Date (the first was Durban Curry So Much of Flavour) and the new book’s title, while referring to taking the content of the first tome further and to new recipes and stories, also references a variety of potato called Up To Date which Erica, in her introduction, describes as “the most desirable variety of potato for a Durban curry”. This follows a delightful foreword by Prof Ashwin Desai in which he explains that: “Durban curry was integral to rising above a system of indenture, designed to turn people into cogs in the colonial labouring machine by innovating and experimenting with memories of what was left behind and what was available in this neck of Africa. As Sydney Mintz put it, ‘the taste of freedom was around before freedom itself’’.”

Durban curry. The taste of freedom. And we live in a country where another great city regards itself as the beginning and end of anything worth knowing about South African food. Is there a dish called “Cape Town… what?” (Place shrug emoji here.) No, there isn’t. That right is owned, and earned, by Durban. Durban Curry. Definitely worth a book or two.

But the term, or what it represents, has shifted and changed. Just as life and the world have. In the 1860s, indentured labourers in colonial Natal made curries using the spices, seeds and recipes they had brought with them, but over time their dishes became “recognisably different” from those of their mother cuisine. As Erica puts it: “redder, hotter”.

Why Up To Date (other than the potatoes)? Erica explains:

“Now, in 2019, we find it’s changing again… Durban curry is not set in stone. The point about this community dish which has become a national treasure is, precisely and imprecisely, that it has always moved and mutated with the times…”

Only pages into the new book I find the perfect illustration of this: chef Godfrey Chege Kinyanjui’s “Kuku Bizari Ya Pwani”. Not a familiar Durban curry recipe, perhaps, this being a variant with an East African flavour.

Deciding to make this chicken dish for supper, I’m sceptical about the lemon juice and honey in a recipe which otherwise has the familiar notes of cinnamon and coriander, ginger and garlic, as well as the cumin, turmeric, chillies and so on that you’d expect. There’s tomato and coconut cream in there too, and yoghurt – there’s a lot going on. The coconut cream and honey are the last things to go in, as the recipe requires. I taste before adding them. It’s delicious but there’s something missing. Could it be… and the honey and coconut cream go in, it simmers a while more, I taste and, well, place swoon emoji here. And a nod to you, chef Godfrey.

As Erica explains: “A fresh, 21st Century wave of culinary influences and immigrants has broadened local dishes and palates. Sticklers for recipe-purity are now welcoming previously shunned ingredients into the Durban curry family.”

Then, writes Erica, there is “the chef factor”.

“Durban curry and fine-dining, in the past, seemed destined never to meet. Now, they have become really rather friendly. Durban’s leading cheffy chefs, way outside the roti roll/bunny chow belt, are increasingly experimenting with ingredients and spices to create new regional classics for their menus. Durban people like Durban curries, visitors to Durban like them too; it makes sense for chefs to play on their flavours.”

Durban Curry Up2Date reflects these trends in a way that makes her claim undeniable. One example is chef Bevashen Naidoo’s “Winning Curry-braised Shortribs” which won him the 2018 Distell Inter-Hotel Challenge for upcoming chefs. He uses French-trimmed shortribs which are roasted for two hours, in a recipe that mixes Durban’s regional spicy cuisine with French cooking methods. It is served, not with rice, but sweetcorn mash (a great colour for a curry if you think about it).

The book is set as against a riot of all the right rich hues, from teal to saffron, aubergine to banana leaf, with piquant design by photographer/designer Clinton Friedman and the Platters’ artist son Cameron – a teenager when I first visited Delaire all those years ago, and he was displaying his artist’s flair even then.

There are those who may criticise this new Durban Curry book for its inclusion of some recipes from the first. There are 53 new recipes and what Erica calls 20 “classics”, which include basic masalas, raita and chutney (which makes sense, just as stocks and basic sauces may carry over from one Marco Pierre White book to another). And the carried-0ver recipes are in some instances tweaked, such as Jacqui Rey’s “Latest Lamb Curry”, which was in the original. But she had tweaked it for the menu at 45 East Street in Ballito, so the new version has a modest makeover.

For all the splendid recipes here, though, my favourite page is the one giving us Kathija Mall’s recipe for Gorima’s Mixed Durban Masala. Simple, but one doesn’t come upon a treasured masala mix easily. And if you know the Gorima’s spice shops, you’ll appreciate its value.

Sambals, rotis, rice, masalas, bunny chow, paneer, pickles, sauces, it’s all there, in a celebration of the (so much of) flavours and colours that were bestowed on us when a colonial system brought indentured workers to our shores, inadvertently enriching our palates. We’re all richer for it, and, when it’s all mixed in the great cauldron that is “Durban curry”, surely it’s time the city was named, and marketed as, exactly what it is: Africa’s Curry Capital. DM

From bookstores nationwide, spice shops in KZN, Yuppiechef, and www.durbancurry.co

Also from durbancurry.co a collection of Durban Curry-themed kitchen and tableware designed by Clinton Friedman and Cameron Platter

Throwback Thursday: The art of the cheese fondue