The highly contested elections are over, but IEC party disputes continue to rage 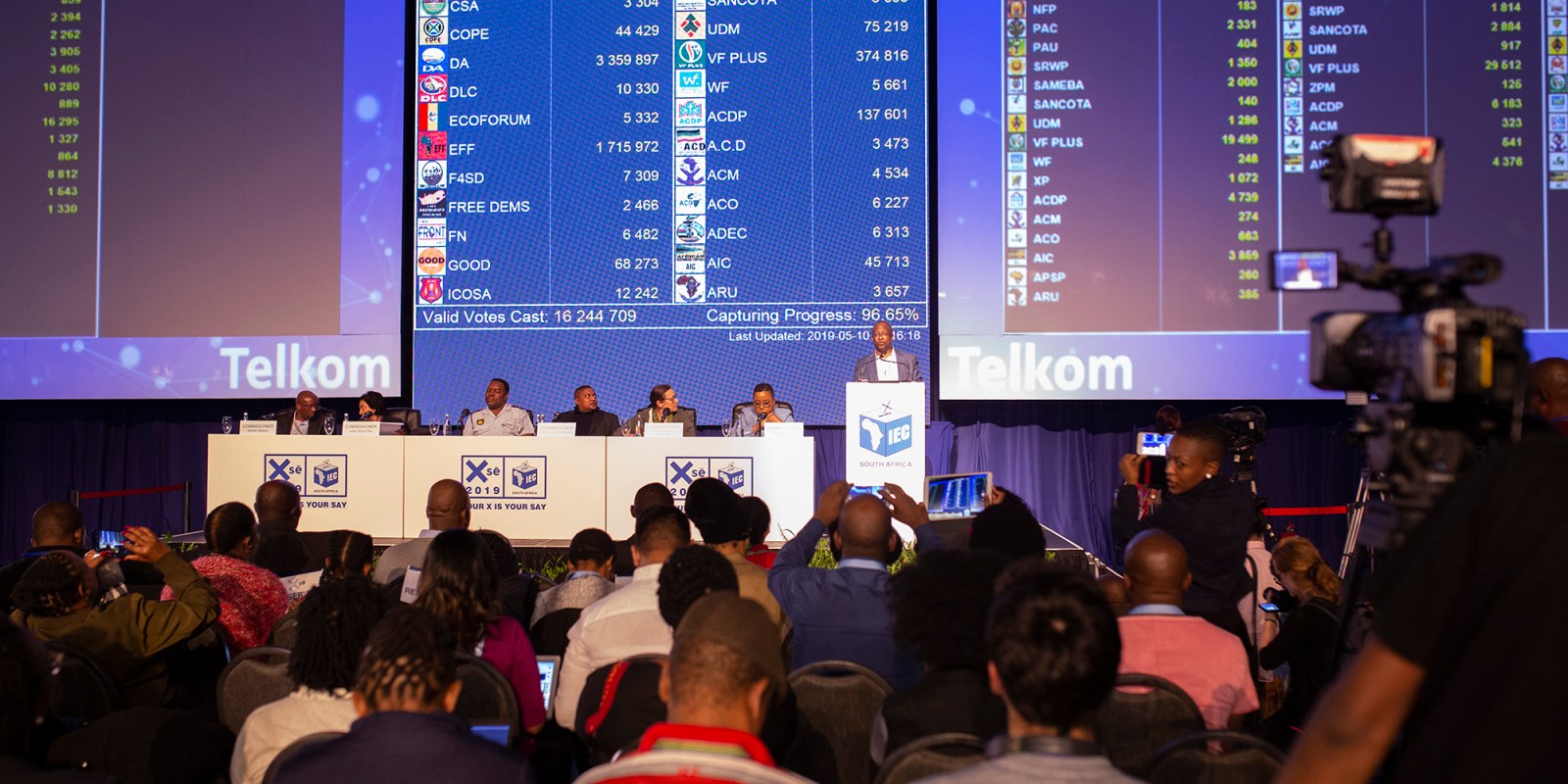 Two separate legal battles involving the Independent Electoral Commission dominated storylines during the election, but the fights are continuing even as the election fades into the rearview mirror. The FF Plus is continuing its objection to the BLF’s registration, and the DA has challenged the IEC’s ruling that it must apologise to former Cape Town Mayor Patricia de Lille.

The Freedom Front Plus objected to the registration of the Black First Land First as a political party in mid-May and is now awaiting the IEC’s decision, FF Plus MP Wouter Wessels told Daily Maverick.

Shortly before the election on 8 May, the FF Plus took the IEC to court to ask them to publish the gazette. The FF Plus won. The IEC then published the BLF’s registration in a gazette on 4 May, and the FF Plus officially objected after the election. It’s unclear how long the process will take to play out.

BLF leader Andile Mngxitama told Daily Maverick that the FF Plus is “terrified” of his party as the 2021 elections approach.

In the 2019 elections, the BLF — contesting an election for the first time — earned 0.11% of the vote, while the FF Plus had surprising growth and earned 2.38%. The BLF is thus not represented in Parliament, and the FF Plus grew from four MPs to 10.

Wessels said the FF Plus objects to the BLF’s registration on four issues: the party was not registered by the IEC chief electoral officer, the party’s registration was not published in the gazette, the party restricts membership based on race, and the party’s constitution “incites violence”.

Mgnxitama said the party does not recognise the South African Constitution.

Former Cape Town mayor Patricia de Lille and the DA — her former party — are waiting for judgment from the electoral court on whether or not the DA will be forced to apologise to de Lille.

In the lead up to the elections, the DA allegedly told voters that De Lille was fired as Cape Town mayor. De Lille says she resigned, and after a challenge with the IEC, the electoral commission ordered the DA on 16 April to publicly apologise to De Lille.

However, the DA said it would not comply with the IEC order and instead challenged the ruling in the electoral court. At the time, then-DA IEC liaison Mike Moriarty said the DA felt it was within its rights based on a 2014 ruling by the electoral court that found a controversial SMS sent to potential voters fell within “fair comment”.

De Lille told Daily Maverick that the case will set legal precedents regarding the IEC’s powers. She also said she expects the process could take a long time to play out, especially if the court rules against the DA.

“If the ruling was against them, they will probably also go to an appeal,” she said. “So I don’t see the end of this in a long time to come, because they are so arrogant.”

Daily Maverick reported on 16 Aprilthat the ruling found the DA had dropped corruption charges against De Lille in exchange for her resignation. However, the commission did not rule on whether the corruption charges could be proven false, and De Lille said she has already won three court cases against the DA on this issue.

“This finding is based on the agreement concluded between the parties on 4 August 2018 and the resignation letter of Ms De Lille, dated 3 August 2018,” the ruling states. “Furthermore, the DA, in its own submissions, dated 20 March 2019, admitted that ‘Ms De Lille resigned as mayor in exchange for the DA dropping the disciplinary charges against her’.”

It’s unclear how long the process will take to play out, and DA spokesperson Solly Malatsi said he didn’t want to speculate.

“We are giving the court process the chance to play its course as it should, because we believe in the judiciary to deal with this matter fairly and accurately,” he said.

The legal battle is the latest in the messy split between De Lille and the DA. After leaving the party in October 2018, De Lille founded a new political party, GOOD. The party won two seats in Parliament in the 2019 elections, and De Lille was appointed as Minister for Public Works and Infrastructure last week. DM