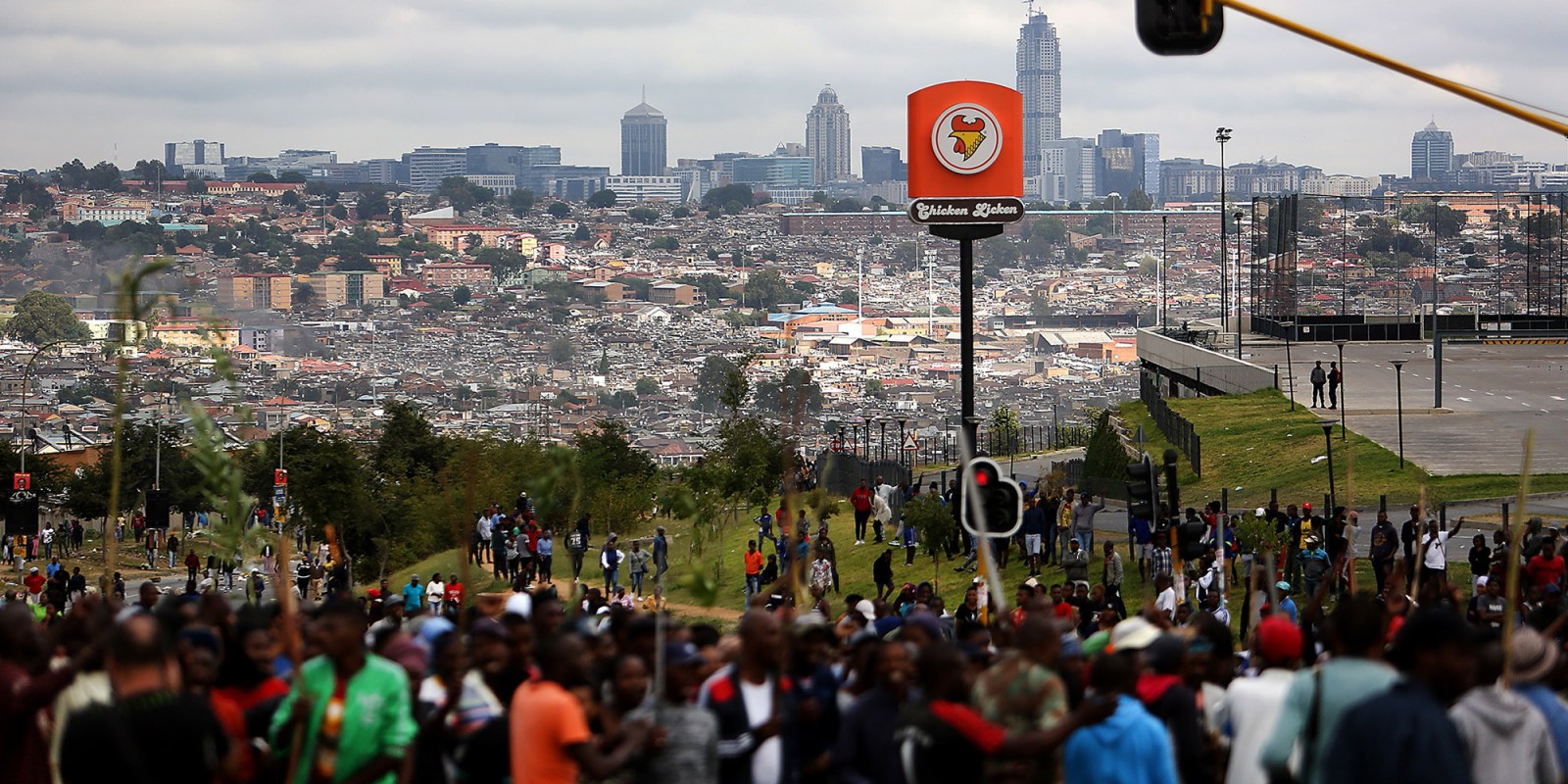 The incapacity of the city to implement by-laws and inadequate inter-governmental relations is at the root of the challenges faced by the City of Johannesburg.

The Gauteng provincial department of Co-operative Governance and Traditional Affairs (COGTA) on Monday, 3 June appeared before the human rights commission to account for their role in the governance of Alexandra – an area that has been confronted with a dwindling socio-economic status.

Opening the presentation delivered by COGTA at the human rights commission offices in Braamfontein, Johannesburg, Thandeka Mbassa, head of the department, told the commission that “not only COGTA but other provincial departments have a responsibility to provide support to the municipalities”.

This was the third sitting of the inquiry into socio-economic conditions in Alexandra, their impact on human rights and whether such equates to maladministration, abuse of power, corruption and improper conduct.

Mbassa, however, explained to the commission that support given to municipalities varies according to the challenges and capabilities of the municipality itself.

“Johannesburg is a metro. If you look at its capabilities and the budget it manages, the level of involvement as COGTA would not be as intense as it would be for a smaller municipality,” said Mbassa.

At the fore of the department’s presentation was explanations of its mandate in supporting municipalities and the shortcomings of these municipalities. Concerning the City of Johannesburg, it was made clear that the incapability of the municipality to enforce by-laws and poor inter-departmental relations is at the centre of the challenges facing the city.

“The enforcement of by-laws is a challenge in Alexandra. In some cases, there have been reports and complaints that the manner in which by-laws are implemented in some cases prohibits the functionality of some sectors,” said Mbassa

Alexander Fitzgerald, a senior legal officer of the commission, asked the department what their perception of the capabilities of the City of Johannesburg was considering that support of municipalities is given in accordance with their capabilities.

Responding to this question, Mbassa said “in-migration from other provinces and other neighbouring countries – the level at which this is happening is concerning. The city will definitely have challenges to deal with upgrading infrastructure to deal with increasing pressure”.

Furthermore, the head of the department said that the difficulty in enforcing these by-laws fundamentally is influenced by community dynamics, citing that distance between communities and government needs to be attended to.

Mbassa said the city is confronted with the challenge of being unable to keep up with the spurt of informal dwellings that emerge.

Fitzgerald further inquired why provincial COGTA has failed to intervene if the municipality is failing to fulfil its executive obligation.

“There are various departments that have a role to play here,” Mbassa replied. “If you look at the extent of the challenge facing a township like Alexandra there is a need for intergovernmental relation. COGTA has a role to make sure that all the key departments do come together, to work together.”

Mbassa told Daily Maverick that the framework they would use to help municipalities implement by-laws is inter-governmental relations.

“They can come to us and say we do want to enforce by-laws, but we need capacity, we need assistance from community safety which deals with police as well to augment our capacity. Maybe that’s where we’d come into beef up their support,” said Mbassa.

The department acknowledged that they need to improve their capacity to do proper oversight of all 11 municipalities and they are currently reviewing their organisational structure with the approval of the Premier David Makhura.

Asked by Fitzgerald whether the department is of the view that the City of Johannesburg is fulfilling its executive obligations in respect of Alexandra, obviously struggling to answer the question, Mbassa replied “yes, but the extent of the problem is such that they are not able to deal with the problem 100%”.

Fitzgerald further criticised the city’s failure to implement by-laws by questioning whether the department of COGTA is of the view that the city might be discriminating against the people of Alexandra since it is able to seamlessly implement by-laws in other areas.

The commission also heard that land that had been earmarked for the building of a new fire station had been occupied by residents. Mbassa also asked the commission to extend their reach into exploring the abuse of human rights of community members by other members of the community.

The sitting continues on Tuesday and will continue on Wednesday, with appearances from the Department of Water and Sanitation, the Head of Forensic Investigations from the City of Johannesburg and Economic Freedom Fighters leader  Julius Malema. DM

See also here for an article on the recent evictions that took place in Alex.