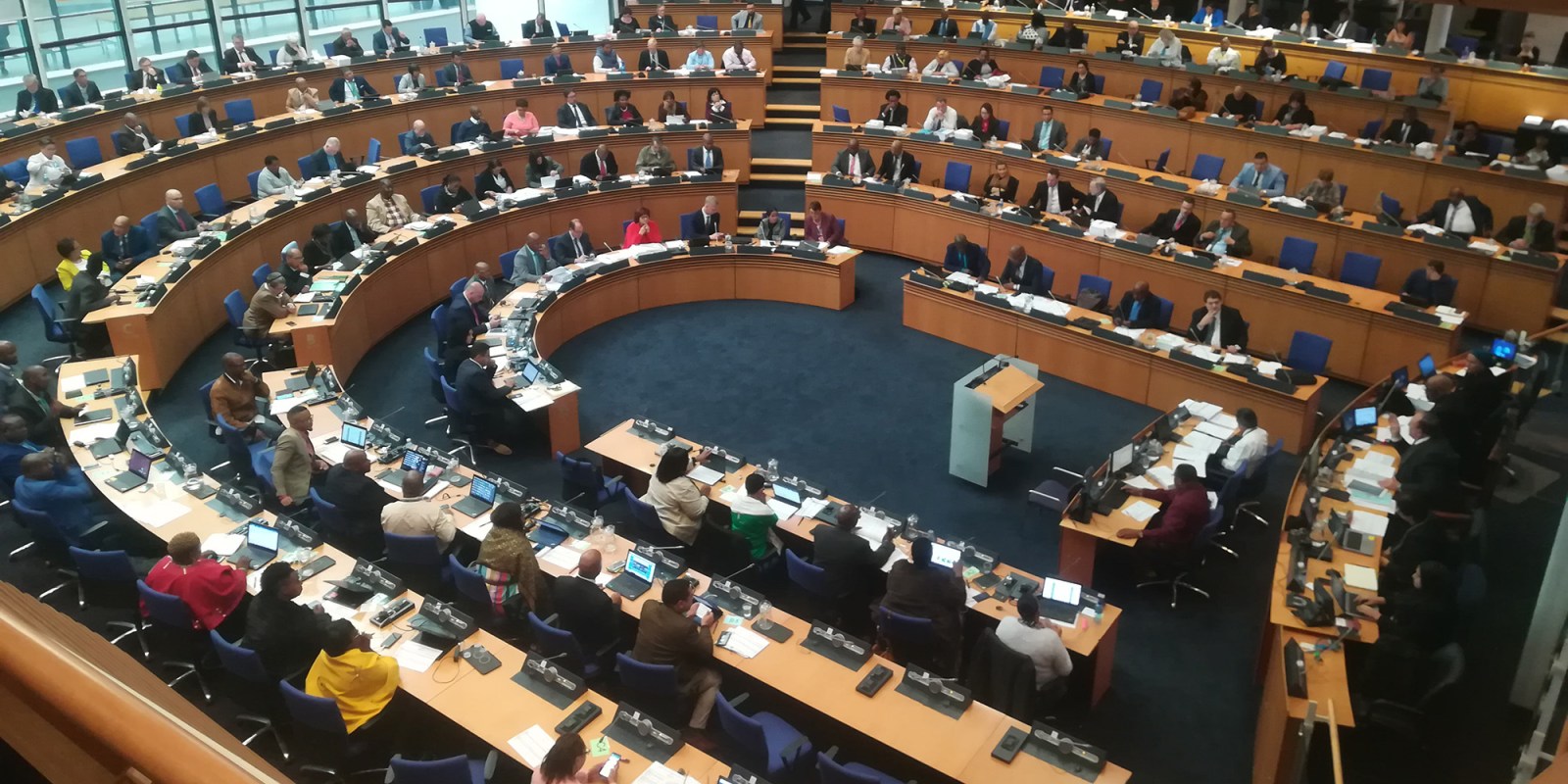 Opposition parties in the City of Cape Town, primarily led by the ANC, opposed the passing of a budget the ruling Democratic Alliance has labelled as ‘pro-poor’. Amid calls for order and shouts of ‘shut up’, the 2019/20 budget was passed, granting each ward in the metro an increased R1-million budget.

Allegations of racism and the neglect of Cape Town’s poor were thrown across the room during the City of Cape Town’s Special Council Meeting on 29 May 2019. After nearly three hours, the new budget was passed with 139 voting in favour, 50 voting against and four abstentions.

The City has budgeted an expenditure of R50.1-billion, while it expects to make R40.9-billion in revenue. Executive Mayor Dan Plato said the budget had originally been proposed in March; since then the City’s cash flow status had improved, allowing for the borrowing requirement for the three-year budget to be halved to R7-billion.

But the meeting drew fiery opposition from the ANC, EFF, African Christian Democratic Party (ACDP) and Freedom Front Plus (FF+).

The ANC’s Fiona Abrahams spoke about “an equal budget for unequal communities”. She was commenting on the new budget’s allocation of R1-million to every ward, up from last year’s R850,000.

Moegamat Achmat, representing the new kid on the block, Al Jama-ah, was met with laughter when he suggested a budget not just for every ward, but also for every voting district.

Along with funding for the wards, opposition parties argued for an increase in security. Plato said the City had budgeted for the deployment of one dedicated law enforcement officer for every ward.

Although this was applauded, the ANC’s Noluthando Makasi proposed an alternative budget “in the best interest of the neglected majority”. Two officers should work together to protect each ward, particularly in poorer areas that suffered from high levels of crime, rather than a single officer, said Makasi.

Several councillors spoke about human settlements, with Makasi saying that “informal settlements are viewed as temporary”. The EFF’s Faranaaz Gaffoor said City land “is being sold left, right and centre”.

Providing residents with inner-city land and affordable housing has been a thorn in the side of the DA-led City, with activist groups such as Reclaim the City campaigning against the sale of state-owned land to private developers. The group has repeatedly claimed that the City of Cape Town perpetuates apartheid spatial planning by not providing low-cost inner-city housing to people who were forced to the outskirts of town during apartheid.

Malusi Booi, the mayoral committee member for human settlements, said the City had allocated R2.7-billion for human settlement projects, including areas in the inner city and townships. It had already started a housing project in Valhalla Park, he said. Shouts of “Where? Where is it?” could be heard.

During the budget meeting, the ANC’s Banele Majingo said the DA was continuing to perpetuate a system of spatial planning that put the poor at a disadvantage. He challenged JP Smith, mayoral committee member for safety and security, to walk around poor communities and check if the CCTV cameras worked. Smith responded that “they all work, stop peddling the same lame lies”.

Earlier this year, R165-million was spent on additional patrol vehicles and CCTV cameras, Smith said. In the 2019/20 budget, R535-million is allocated to the Safety and Security Directorate, which will go towards officer salaries, new vehicles, CCTV cameras and facility upgrades.

The executive mayor said he would continue his fight against crime and grime, telling those present that he got his hands dirty “picking up the litter in your areas”. While Plato noted concerns raised by the public about the state of city parks following the drought, opposition councillors highlighted the fact that some wards did not have schools, let alone parks. DM