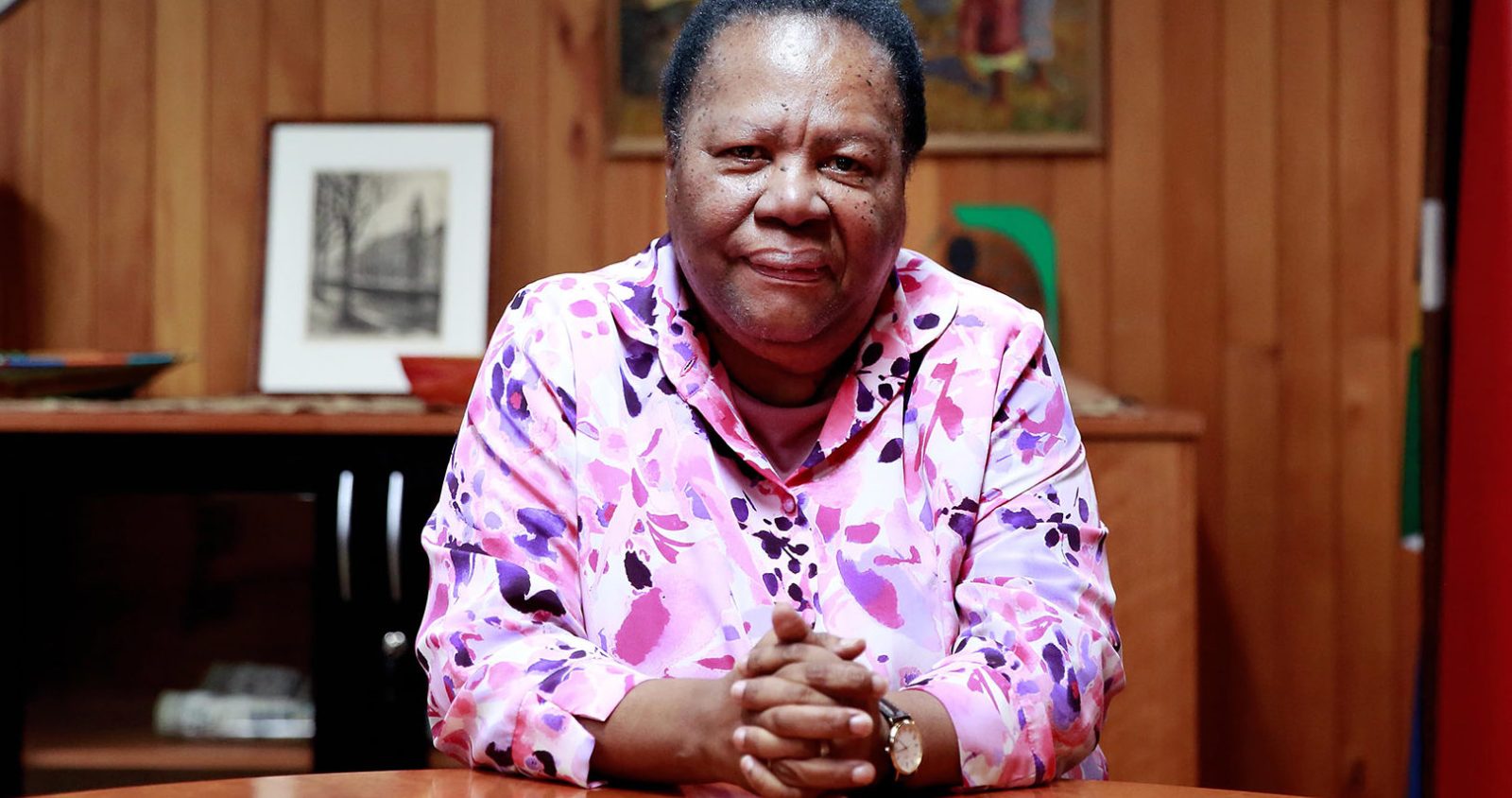 After academics from universities across SA wrote to Pandor in March 2019 highlighting the scourge of gender-based violence and sexual harassment on campuses, the higher education minister has appointed a ministerial task team to advise her.

Minister of Higher Education and Training Naledi Pandor has appointed a task team to help prevent sexual harassment and sexual violence at universities.

The appointment of the team, and the release of an accompanying policy framework for public comment, came after academics from universities across South Africa wrote a letter to Pandor in March 2019 highlighting gender-based violence, sexual violence and sexual harassment on campuses.

In their letter, the academics called on the department to ensure that steps were implemented to help prevent sexual harassment and sexual violence in university spaces. These included:

In April 2019, Pandor met some of the academics to discuss the letter and engage further.

“The meeting agreed that addressing sexual harassment and gender-based harm decisively will allow for a focus on ‘fundamental academic questions’ and restore ‘academic cultures that respect freedom and citizenship of all’,” Pandor said in Monday’s statement.

In addition to the task team appointment, the Department of Higher Education and Training has released for public comment a policy framework to address gender-based violence in the post-school education and training sector. The department has stipulated that once the framework is put in place it can help to address many of the concerns the academics raised in their meeting with Pandor.

“I think it is long overdue. These investigations have been taking place since 2016. So we do welcome the panel, which will be working with the minister in dealing with gender-based violence on campuses in all its types and forms,” Magoqwana told Daily Maverick.

Fellow task team member Lisa Vetten, an honorary research associate at the Wits Institute for Social and Economic Research, said both the framework and the task team were a step in the right direction.

“Since 1984 people have been protesting about gender-based violence on campus. It has been years, so this is good,” said Vetten, who has worked in the area of violence against women for more than 20 years as a counsellor, paralegal, researcher and trainer.

“Look at all the universities and their outcry on the matter. This (policy framework and ministerial task team) suggests that something is being institutionalised and not being driven by outrage and protesting,” Vetten told Daily Maverick.

The policy framework is designed to guide the task team on how to deal with sexual harassment and gender-based violence on campuses. The team will advise the minister and the department on the following matters:

Magoqwana said that even though this was a significant step in the right direction, more still needed to be done and no one should believe that the work was now done.