IEC ready for 8 May as votes from abroad trickle in 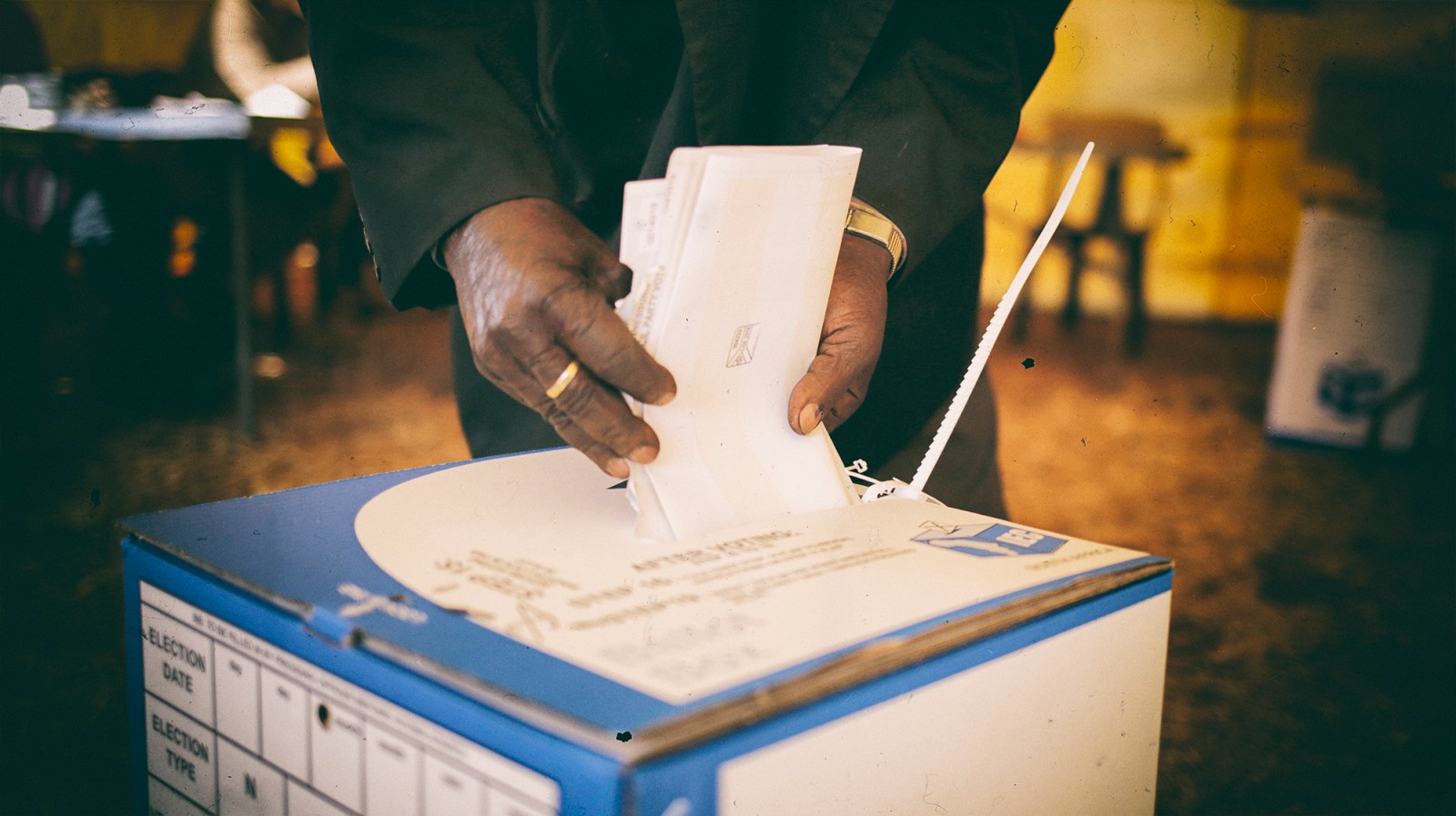 Archive Photo: A voter casts his vote at a voting station in Kliptown during the local municipal elections in Soweto, near Johannesburg. 03 August 2016. EPA/CORNELL TUKIRI

As ballots from international voting stations start to trickle in, the IEC says it’s ready for the 8 May general elections and will ensure voters get to the polls even if there are protests or power outages.

Independent Electoral Commission (IEC) officials on Thursday said they are ready to hold the national and provincial elections, with special votes to be cast on 6 and 7 May and all other voting occurring on 8 May.

“With less than a week to election day, the Electoral Commission is pleased to report that everything is in place and ready for South Africa’s sixth national and provincial elections,” said IEC vice chairperson Janet Love at the Results Operation Centre in Tshwane on Thursday.

“As we celebrate South Africa’s 25th anniversary of our first democratic elections, the Electoral Commission calls on all registered voters to participate peacefully and patiently,” she added.

A number of communities have protested across the country during election season and some threatened to block voting if their concerns were not met. IEC officials said it was illegal to interrupt voting.

Police Minister Bheki Cele on Thursday said officers would be deployed to voting stations across the country and have already been deployed to hotspots for political violence, in KwaZulu-Natal and North West.

“I think it is important to remind South Africans even though the right to protest is protected in law, it is also protected in law that you don’t interfere with the processes of the Electoral Commission,” said IEC Commissioner Dr Nomsa Masuku.

Sheburi said the IEC was working to ensure citizens affected by the floods in KwaZulu-Natal would be able to vote on Wednesday.

“As we speak, in KZN the disaster teams are doing some rehabilitation work to enable us to access voting stations where bridges or roads have been swept away as a result of floods,” he said.

He said the IEC had been in discussion with Eskom and municipal power utilities to establish contingency measures and alternate power sources in the case of localised electricity outages.

The electoral officials also commented on a number of court cases which, with only days before the elections, will likely have little impact on what happens on 8 May.

The Constitutional Court on Thursday dismissed an urgent application from the New Nation Movement, the Indigenous First Nation Advocacy SA and Chantal Revelle to challenge the constitutionality of the Electoral Act because it does not allow independent candidates to contest elections.

While IEC officials said they would abide by the ruling, the Constitutional Court found that the matter was not urgent and postponed it to 15 August 2019.

“We think we will be opposing the matter very, very strongly,” said Sheburi on Thursday.

IEC leaders said they would abide by court decisions in media personality Karima Brown’s application against the EFF and the Freedom Front Plus’s case against Black First Land First.

Citizens abroad on Saturday cast the first votes in the election, which are currently trickling in from 121 missions around the world.

Special voting will take place on Monday and Tuesday, with 452,418 voters registered to cast their ballots through home visits and 321,676 at voting stations.

All other registered voters can cast their ballots at voting stations between 7am and 9pm on 8 May. Anyone who is in the queue at 9pm will be able to vote.

The first results from voting stations are expected to begin being announced on Thursday, but Sheburi said the official results will not be released before 9pm on Friday.

The IEC must release the results within seven days of the election after considering all objections. DM