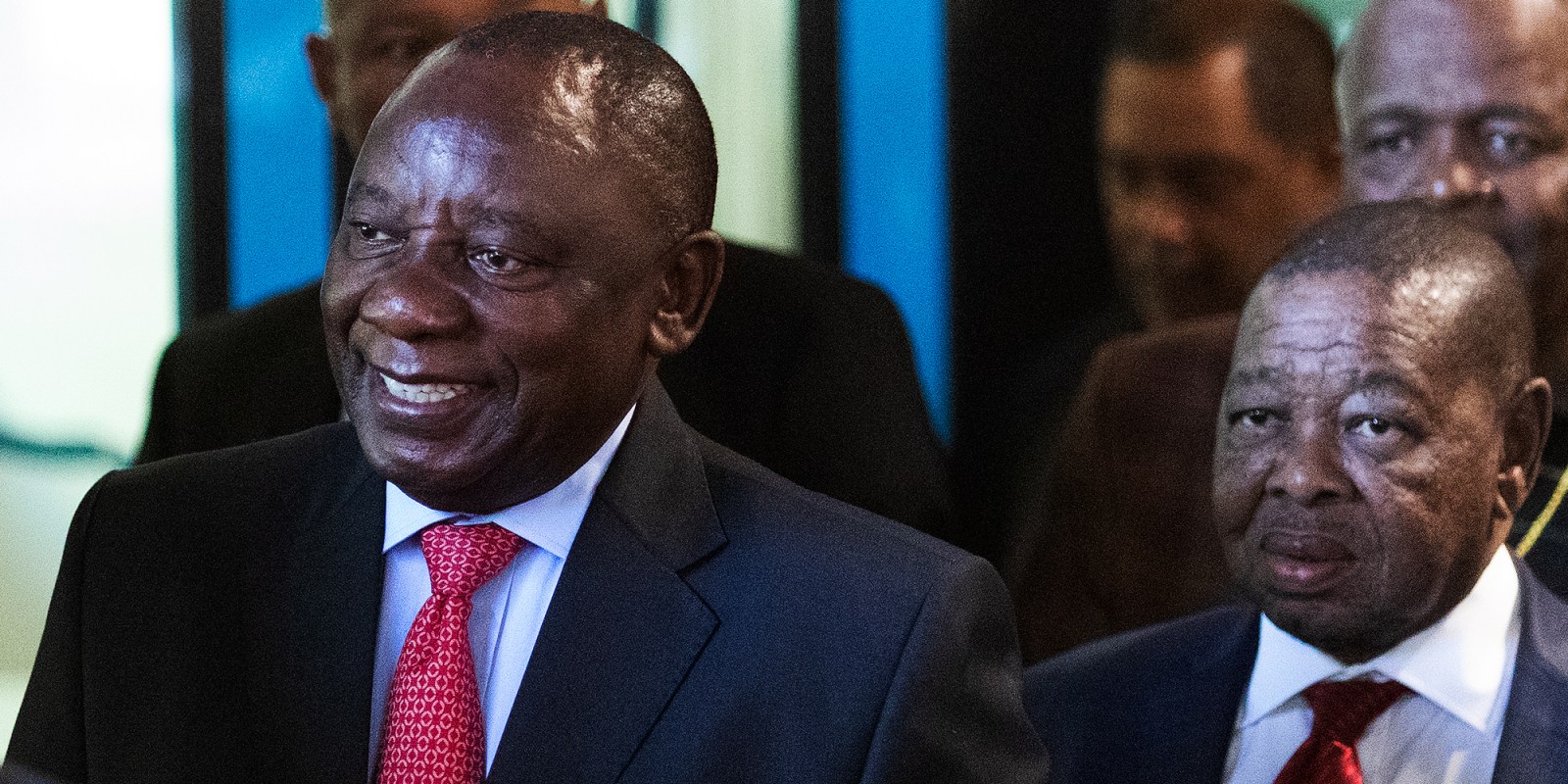 South African President Cyril Ramaphosa (C) and Minister of Transport Blade Nzimande (R) look at a new train during a ceremony to launch the train part of the Passenger Rail Agency of South Africa (Prasa) Modernisation Programme at Cape Town Station, South Africa 09 April 2019. South Africa holds its 5th general election since its first democratic election at the end of apartheid on 08 May 2019. President Ramaphosa is in the midst of campaigning for the presidency. EPA-EFE/NIC BOTHMA

Transport Minister Blade Nzimande held a briefing on Thursday afternoon to discuss the Passenger Rail Agency of South Africa and made two key announcements — the interim board’s term will be extended by six months and the organisational structure of the troubled rail agency will be scrutinised.

The organisational structure of the Passenger Rail Agency of South Africa (Prasa) will be under the spotlight after the announcement on Thursday 11 April by Transport Minister Blade Nzimande that it would be analysed over the next two months as part of attempts to understand the challenges that plague the agency.

The announcement was made at a media briefing where Nzimande revealed that the interim Prasa board would be retained for another six months.

Initially, Thursday’s media briefing about the embattled rail agency was due to take place after ANC president Cyril Ramaphosa became stuck on a train for nearly three hours in Tshwane in March 2019. Nzimande’s office called a media briefing for 25 March, but that was postponed.

However, following Ramaphosa’s attendance at the launch of two new trains in Cape Town on Tuesday, his presidential motorcade was blocked by commuter activist group #UniteBehind. The activists used the opportunity to ask the president to address State Capture at the rail agency, the lack of a commuter safety plan and called for the declaration of rail as a national disaster.

Ramaphosa’s poor experience with rail over the past two months was a key focus for Nzimande, who said that as a result of these bad experiences “the President directed me to urgently resolve the challenges plaguing Prasa”.

Nzimande announced that he “will be extending the current Prasa board term by six months” before its expiry on 30 April 2019.

The interim board, led by Khanyisile Kweyama, labelled as “Madam Fix It” by Parliament’s transport committee, was appointed in April 2018, soon after Nzimande’s own appointment in the February 2018 Cabinet reshuffle.

Among the issues the interim board needs to finalise is vacant senior positions at Prasa, including the appointment of a permanent CEO, who was scheduled to be appointed by the end of April, according to Business Day.

According to Nzimande, the board has been directed to focus on key operational issues, including to “improve the reliability of trains and revise the train timetable based on the availability of trains”.

During the 2019-20 financial year, the board must focus on securing trains and passengers by deploying security personnel on trains and the fencing or walling of corridors and depots in all regions, said Nzimande.

Additionally, Nzimande announced: “I will be appointing a team of organisational or performance experts to undertake a six-to-eight-week organisational analysis of Prasa.”

The team is expected to present a report to the minister, addressing the factors that could have led to the failed implementation of Prasa’s turnaround strategies. DM